For those readers who may not know, Dr Williamson established Mwadui Mine, where I live, way back in in 1940. Today the Williamson Diamond Mine (also known as the Mwadui mine) is a diamond mine south of Mwanza in Tanzania. This mine became well-known as the first significant diamond mine outside of  South Africa and has been continuous operation since 1940, making it one of the oldest continuously operating diamond mines in the world. Over its lifetime it has produced over 19 million carats (3,800 kg) of diamonds. The Williamson Diamond Mine,  was once owned by its namesake Dr. Williamson,  a Canadian geologist and later nationalized by the government of Tanzania. It's now majority owned by Petra Diamonds (75% ownership), with the government of Tanzania owning the remaining 25%.

Dr. John Williamson was born in 1907 in Montfort, Quebec. He attended McGill University, where he initially intended to study law but became interested in geology  after accompanying a friend on a summer field expedition to Labrador. He subsequently earned his Bachelors, Masters , and PhD degrees in geology, completing his studies between 1928 and 1933.

After completing his studies, Williamson traveled to  South Africa with one of his professors, where he eventually took a job with Loangwa Concessions, a De Beers Subsidiary,  in Northern Rhodesia (now Zambia). He then moved to Tanzania to work at the  Mabuki Diamond Mine which he purchased from the owners in 1936 when they had decided to shut the mine down. Williamson struggled to support himself with the operations of the Mabuki mine, while using it as a base for diamond prospecting in the region.

In 1940 he discovered the Mwadui kimberlite pipe; over the next several years he developed the mine, although he was hindered by difficulty in procuring equipment and raising funds due to  World War II. By the 1950s he had developed the Williamson Diamond Mine into the first significant diamond mine in Tanzania, with a labor force of several thousand. The mine was noted for technical innovations in diamond mining which were developed under Williamson's watch. Williamson closely managed the mine until his death in 1958 at the age of 50.

The mine produced many fine gems including the Williamson Pink, a pink diamond of 23.6 carats (4.7 g) presented to Princess Elizabeth and Prince Phillip on their wedding day in 1947. It became the centrepiece of the Williamson Diamond brooch made for the Queen in 1952.

John Williamson never married. Upon his death, the mine was left to his three siblings, who promptly sold the mine for £4 million GBP to a partnership between De Beers and the government of Tanzania (then Tanganyika)

The life of John Williamson had been adapted into the  biographical works: The Diamond Seeker by John Gewaine (a pseudynome), which was published in 1967. The book depicts Williamson as quiet, almost secretive, yet something of a  womanizer. The book also hails him as the last of the great diamond prospectors, who were able to find meaningful deposits and establish significant, successful mines without outside resources or support. While the book is known to have taken some liberties with the facts, it is one of the few biograhical sources available.

Dr Williamson was inducted into the Canadian Mining Hall of Fame on January 13, 2011.

On that particular Sunday in Mid-May, Grant and I met up with a friend, Fritz (who works for an independent mine on the outskirts of Mwadui) He jumped into our vehicle with us and as we drove to the old Mwadui cemetery about 3kms from town, he regaled us with many of the facts which I've written above. I'd also read a few accounts of Dr Williamson's life and legacy. Also,  living on the self-same mine today, I hear many a tale or legend from old-time workers, present-day expats and more. 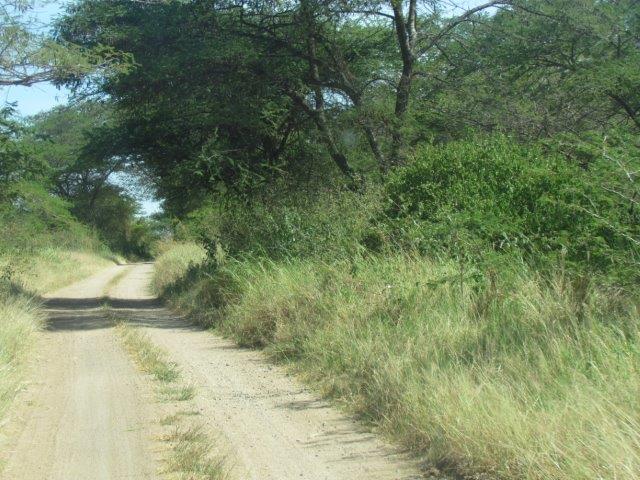 The road to the cemetery through the African bush 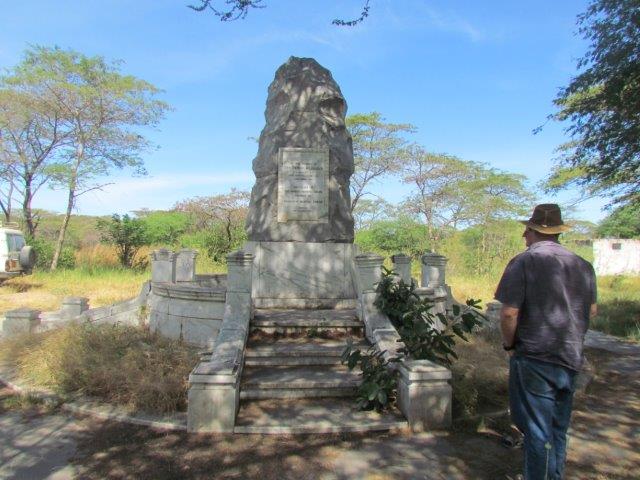 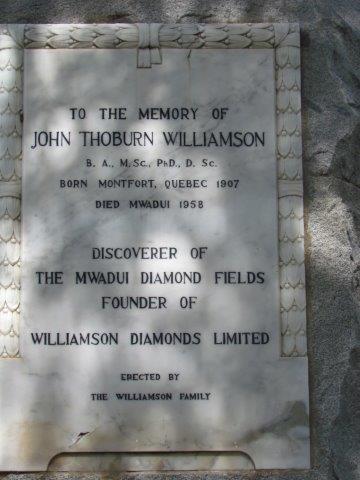 The plaque erected by the Williamson family 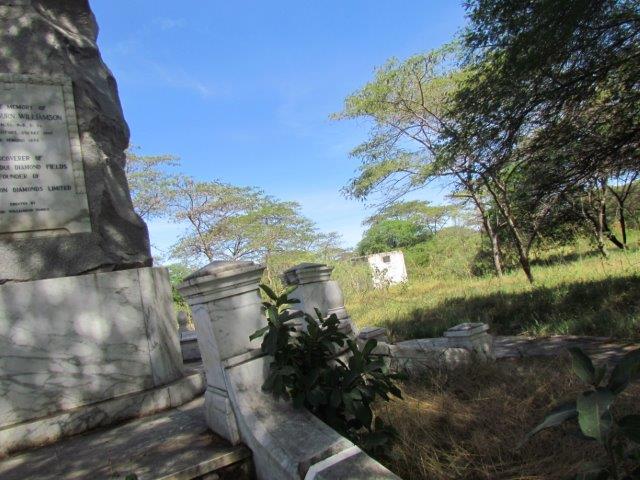 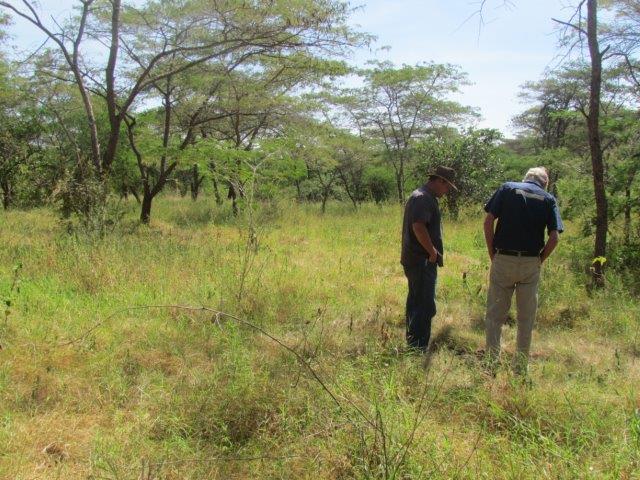 Fritz and Grant looked down at a very overgrown grave 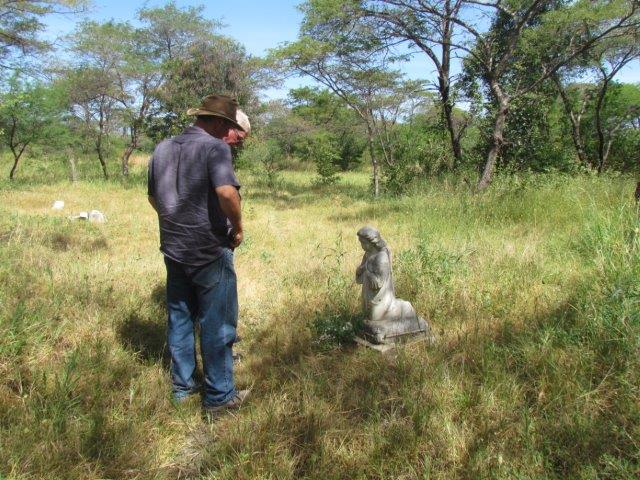 An ornate, but crumbling angel is all that's visible on this grave 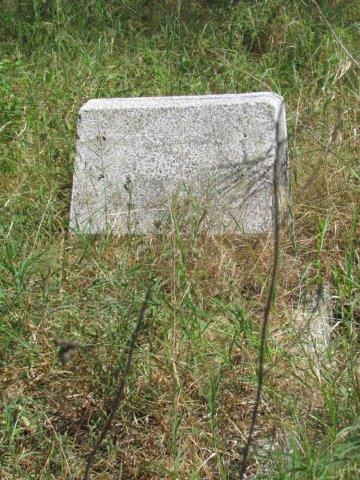 The weather-beaten, forgotten and overgrown grave of an erstwhile intrepid expat diamond miner 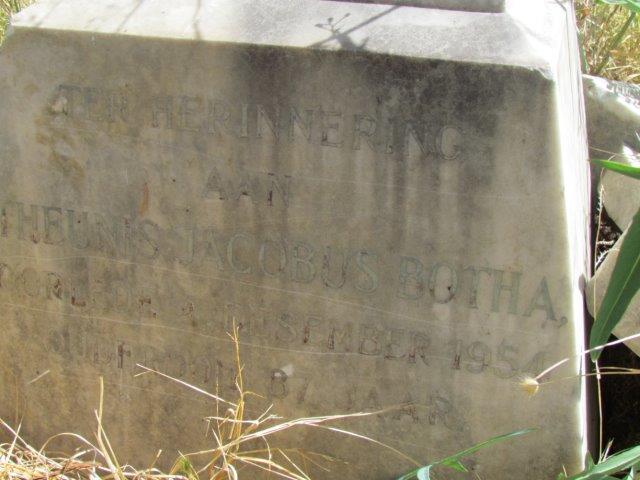 Many of the people lying here were from Afrikaans stock. Above is Theunis Cobus Botha -  typical Afrikaans names and surname 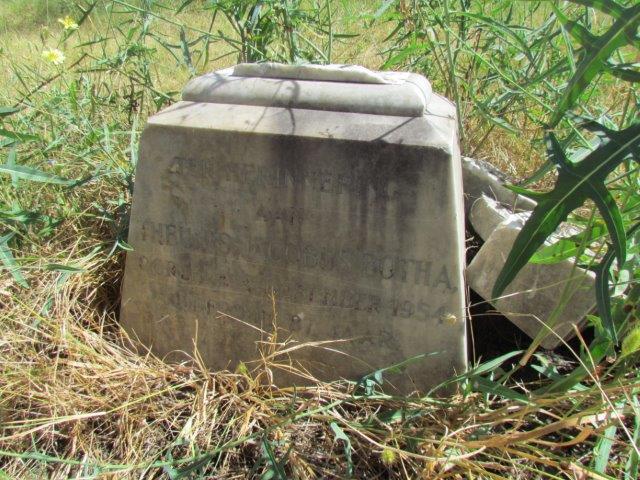 The same grave with the cross which has been broken off. All the gravestones have been stripped of any "precious" ornaments and especially of their brass and copper plaques 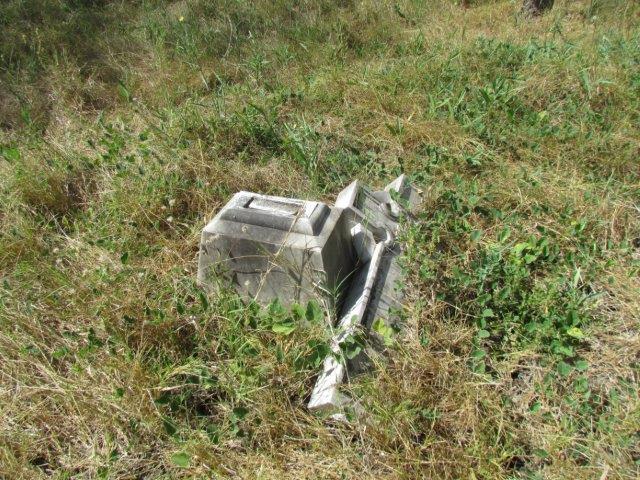 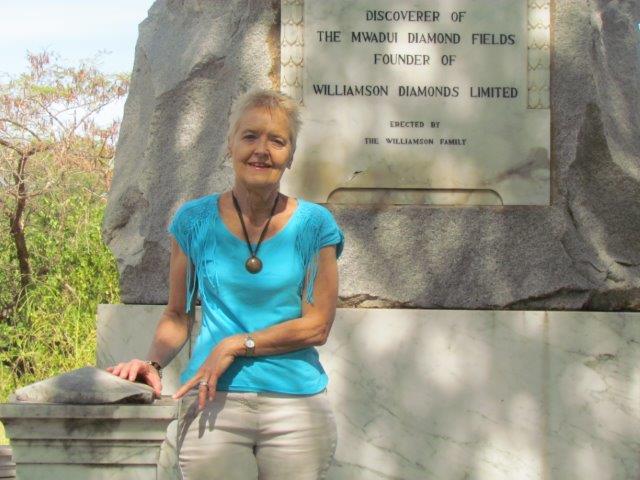 Another legend is that, like an African chief, Dr Williamson was buried with great riches, ie a large bag of diamonds. Allegedly people have tried to dig under the memorial to get to the treasure!

I hope you enjoyed the tour of my world today. I love living on Mwadui mine and personally am very grateful to Dr Williamson for establishing this mine.

For more on other people's worlds, please click here