It was Saturday again and we were at the Parkrun again! We're approaching autumn  and there was a definite nip in the air. 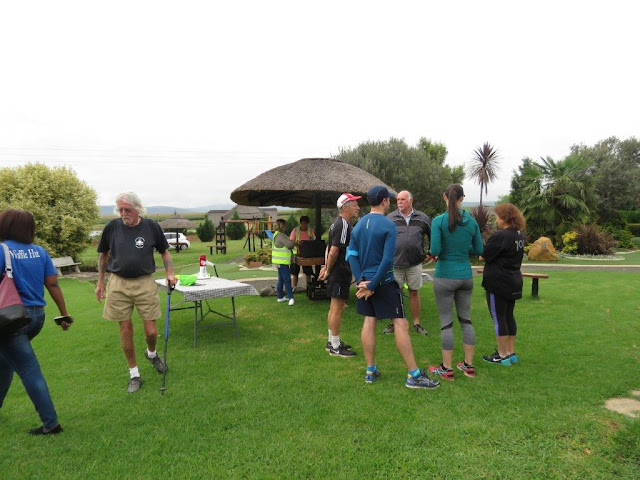 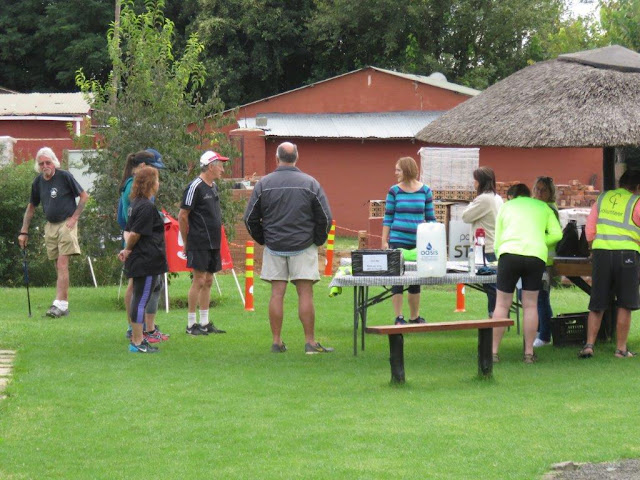 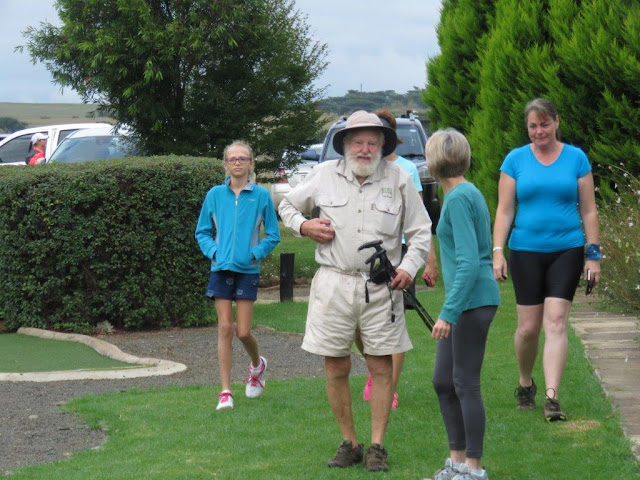 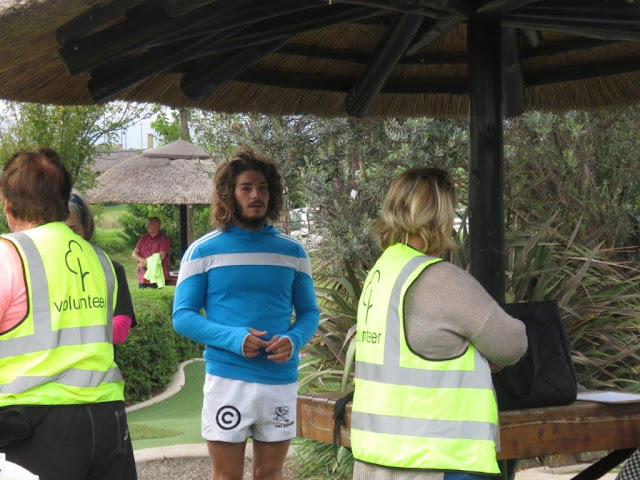 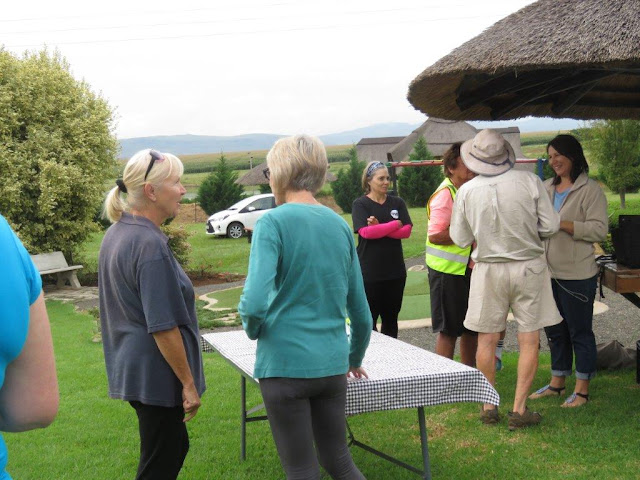 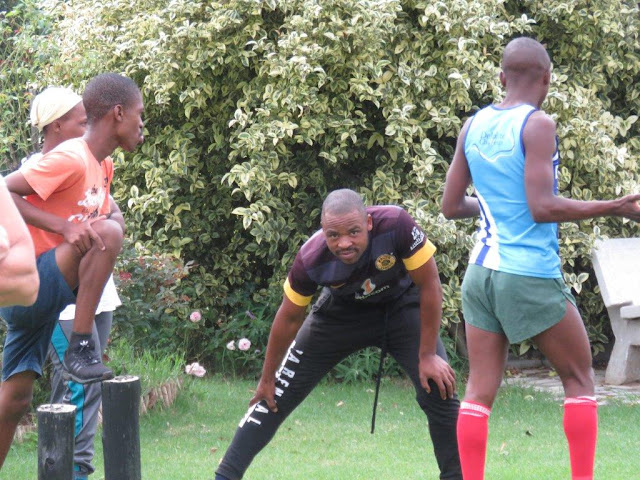 I'm not sure who the men on the left and in the middle are (they're not registered) but the man in blue with red socks is Perfect Dlamini, a regular contester and a regular winner.
This weekend he came in first again and in 16 min 50 sec 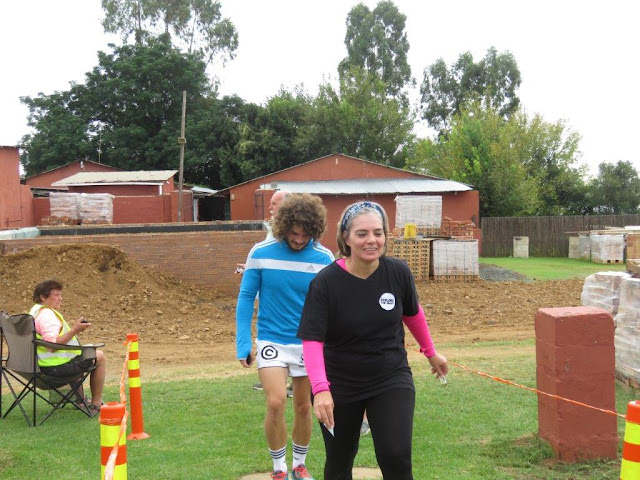 The lady above was on my tail almost   all the way. She'd jog and overtake me; I'd catch my breath walking fast and then I'd jog a few hundred meters and pass her. Here she enters the finish a minute after I'd come in. The lad behind her is her younger son, Donavan. He's an excellent rugby player and is going over to Australia to play wing for the Brumbies.

This past Parkrun, I started off quite strongly. Possibly it's all the hill training I'd done last week, walking up and down to the river to check on some ladies we have clearing the banks. No sooner had I turned onto the stretch marking the first kilometer, than a young lad in front of me and said: Hello Joey!

It was Kaylin! As we passed the first distance marker, he said we'd taken eight minutes. This week I could talk a lot more and answered most of his questions. He told me that he'd helped Sepho mow the verge and the farm track which we were using on the run.

As we neared the 2km mark, I said: Come on, let's run; which we did. When I walked again, he said: please can't you go slower? I said: No, we are here to test ourselves and you're still young, so lets go.

Then he fell back and on my next two hundred meter run, I had left him completely. As I entered the last grassy stretch with about 500m to go, I looked back; Ant had picked up both his sticks in one hand and was running!

At the finish I handed my card in and asked Pieter what my time was:

OK; so I only improved by six seconds from last week, but I must say, I felt a lot stronger and more energetic on this run than any time before. And it was my 11th Parkrun. (the first one Grant and I did we weren't registered) 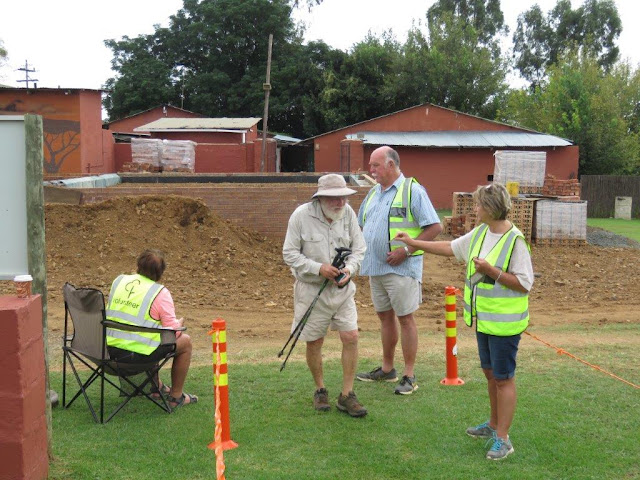 Ant being clocked in - one minute and 20 seconds after me 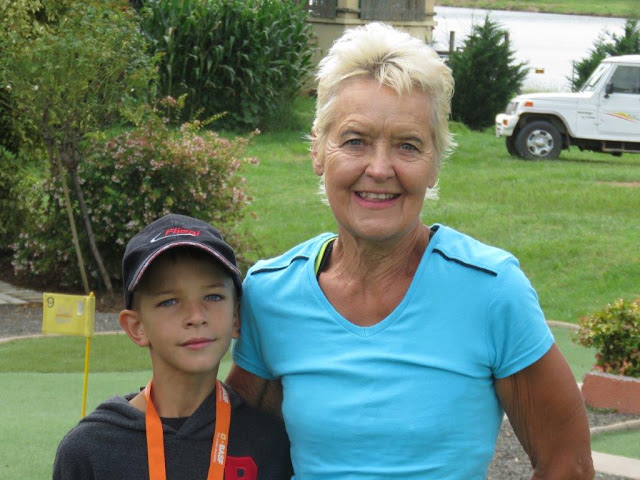 Someone tapped me on the back; it was Kaylin.
He'd made it in 52 minutes 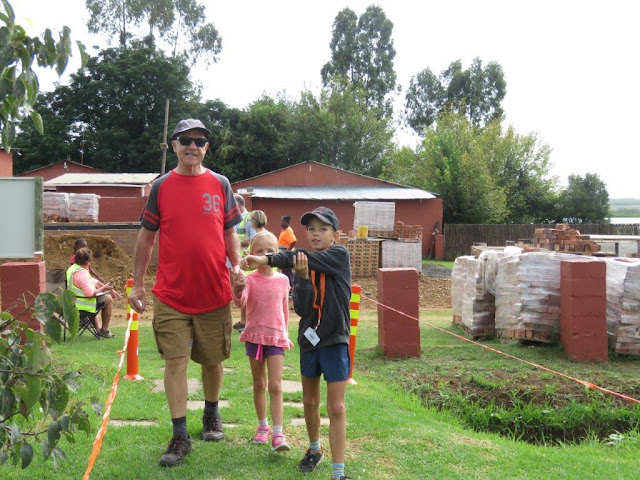 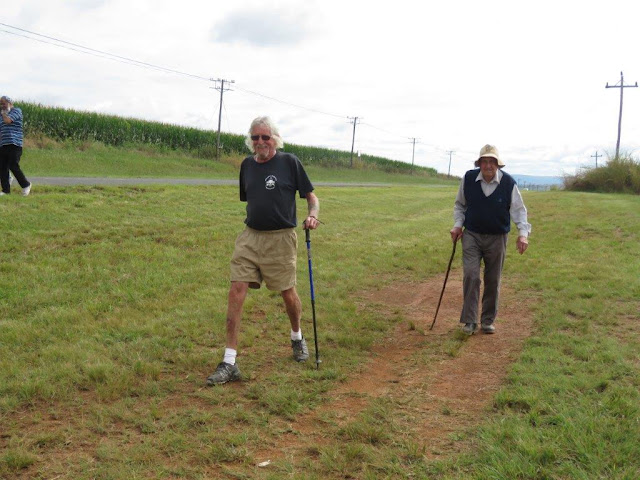 Then it was time for me and Ant to go back and meet Grant and Alan. (Grant's normal walking partner, Ant's brother, John was away this weekend)

Grant and Alan finished about 11 minutes quicker than last week. After we four (Alan, Ant, Grant and I) had enjoyed a Parkrun breakfast in the Waffle Hut, we walked out together to the parked vehicles. Ant called Grant and Alan to look what he'd brought on the back of his pick-up truck. 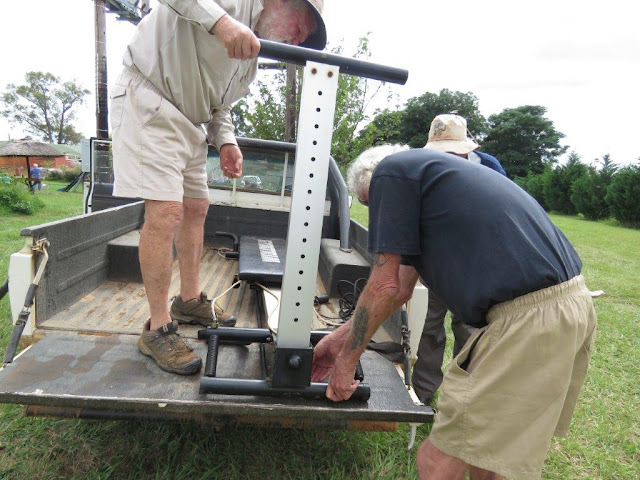 A 40 year-old exercise machine called Gymtrim. Ant wanted Grant and Alan  - with their engineering expertise - to help him assemble it 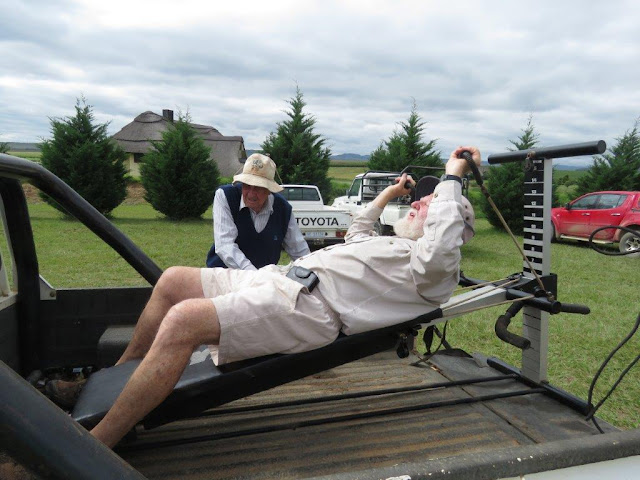 HAPPY WEDNESDAY TO YOU ALL!