On Sunday we were invited to a braai/ BBQ on our friends' farm. Julius and Carin live around the corner from us here in town but Julius farms on several acres of land in the district.

As Grant and I don't own a pick-up truck anymore, Carin collected us in their Toyota Fortuner (4 wheel drive vehicle) Next she picked up her 85 yo mum, Anna from the retirement center and met up with Julius at their home. He had their 20 yo daughter, Anje and our neighbor's two teenage boys with him. Finally all the picnic hampers and people were distributed into the two vehicles and we were off. 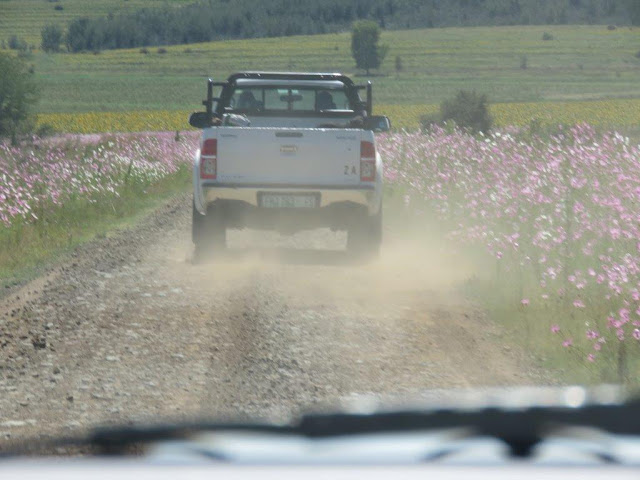 Grant and Julius rode ahead in his Toyota Hilux. Camping chairs, tables, portable BBQ and the two dachshunds were on the back of this vehicle

With Anje driving her mum's Fortuner, Carin sitting beside her; Nicholas, Anna and I on the back seat and Jade in the dicky seat behind us, we drove through the most beautiful farmlands; the roads lined with cosmos. 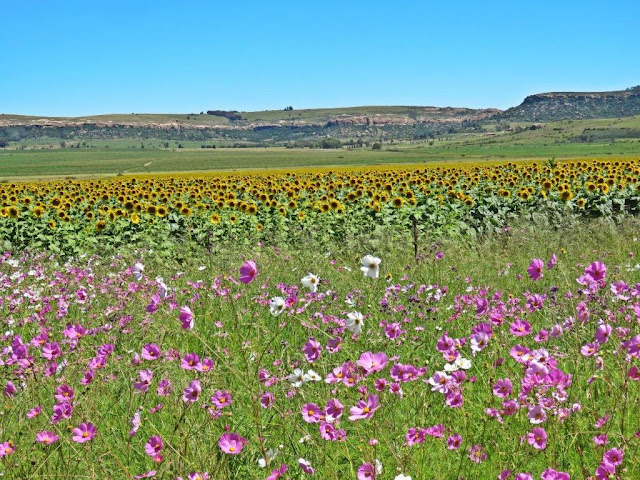 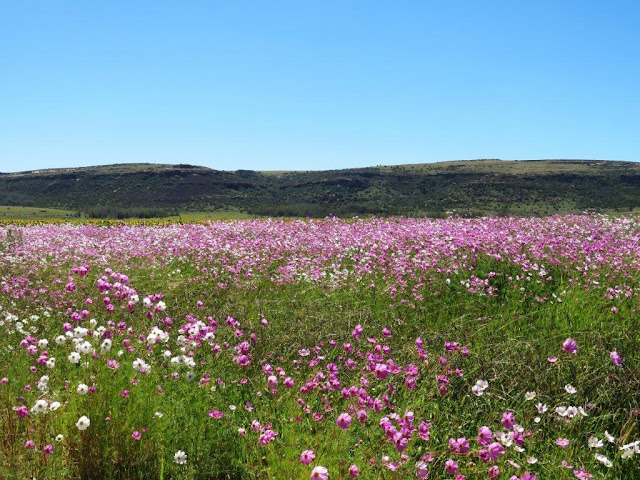 Swathes and swathes of cosmos 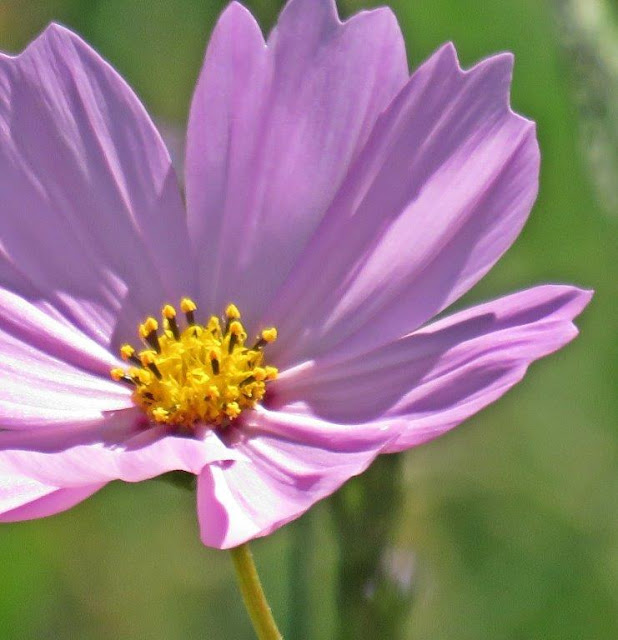 The only close-up I took of a single bloom and I cut off the edge!

Cosmos is a genus, with the same common name of cosmos, consisting of flowering plants in the sunflower family. Cosmos is native to scrub and medowland in Mexico as well as the United States, Central America and South America as far south as Paragauy. It's widespread over the high Eastern plains of South Africa where it was introduced via contaminated horsefeed imported from Argentina during the Anglo- Boer war. 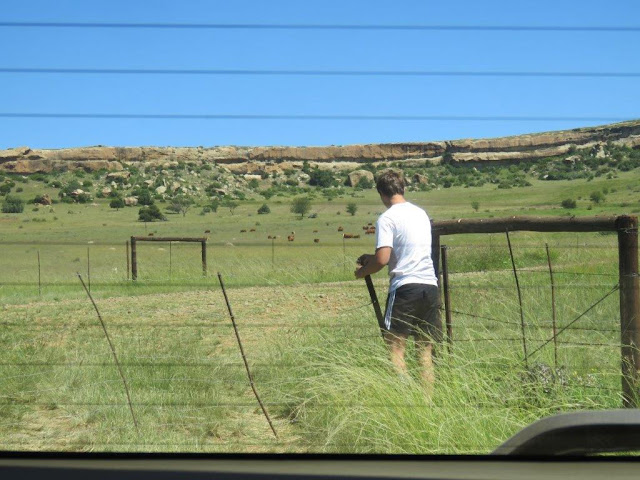 Entering Julius' land, it was Nicolas who jumped out and opened and closed the wire gates 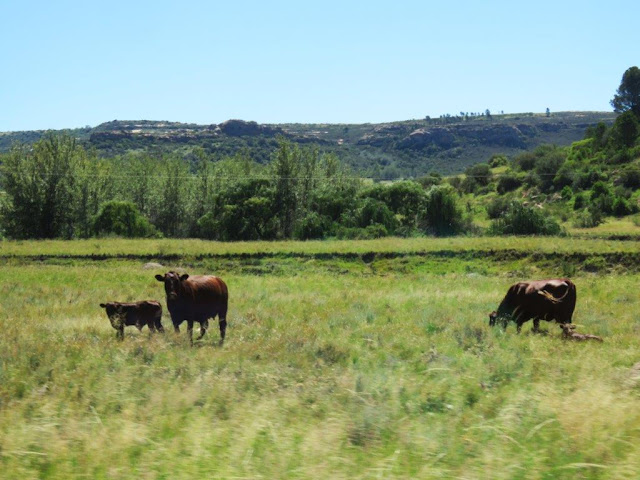 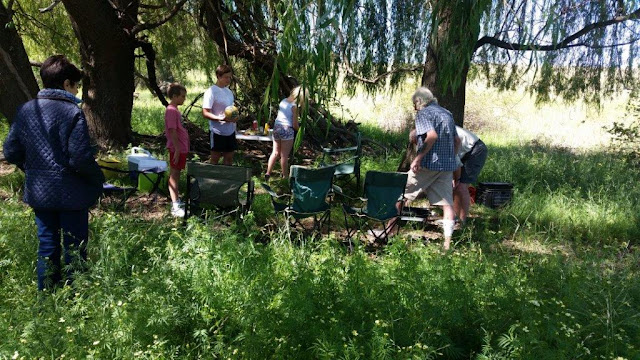 An idyllic spot for a picnic! 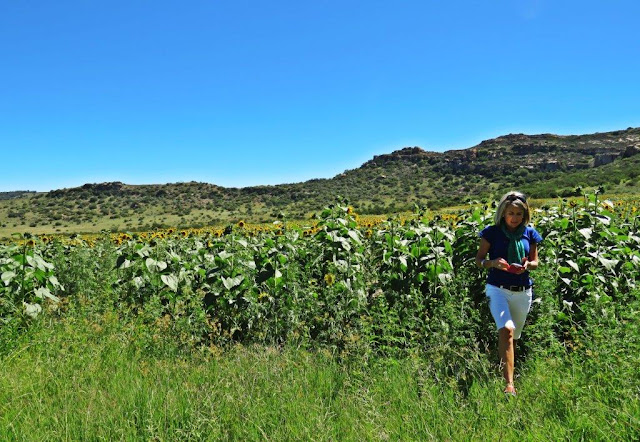 Adjacent to the picnic spot were Julius' sunflower fields; Carin and I took many photos of these golden beauties 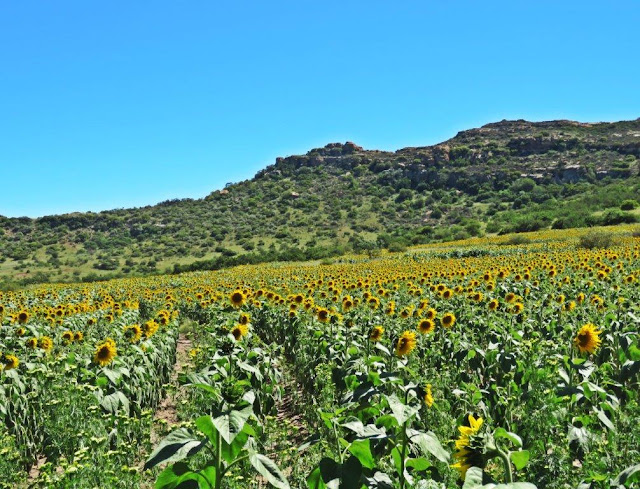 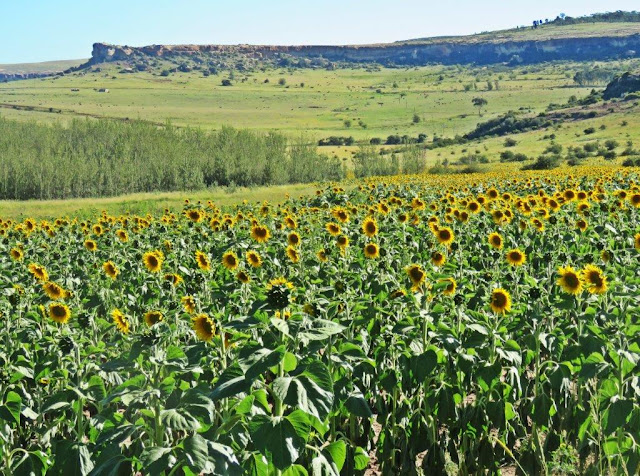 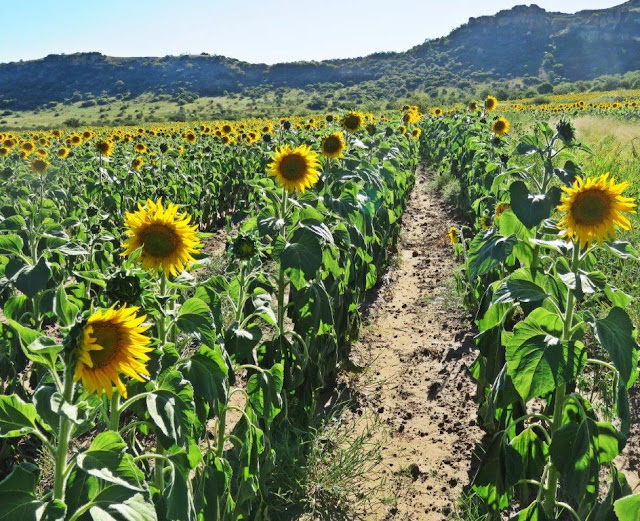 Sunflowers as far as the eye could see 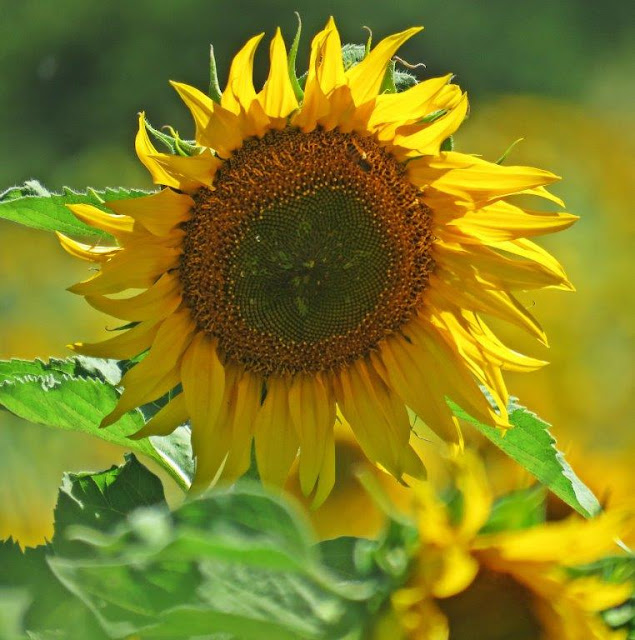 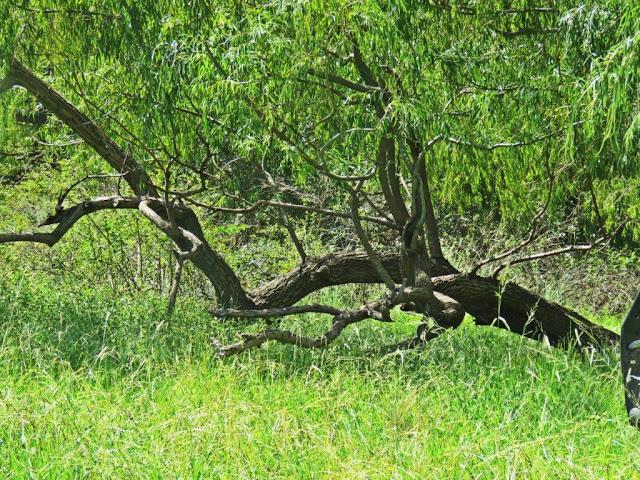 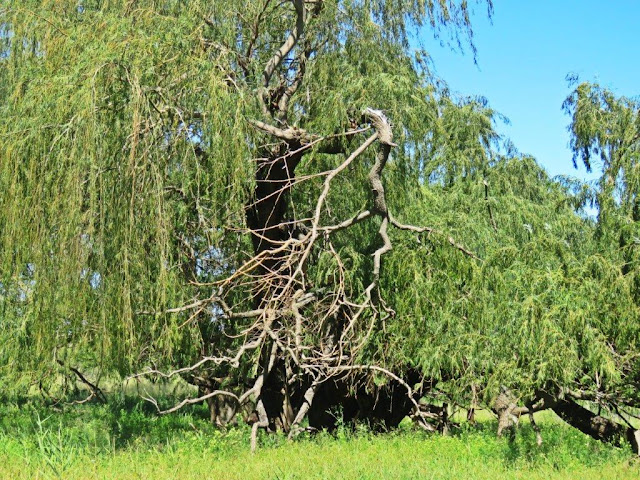 The silence was almost audible! 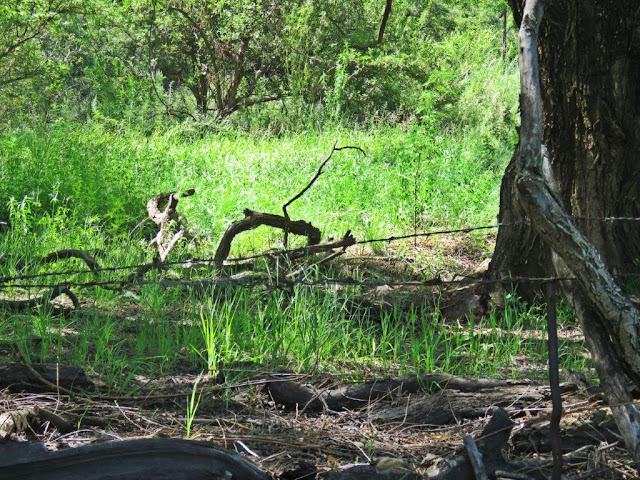 Carin and I walked through the bush. Of course, I spotted a broken down fence and snapped away! 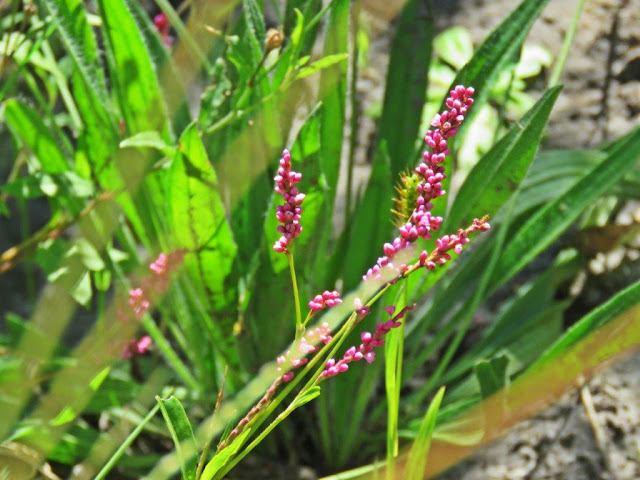 We stopped regularly to photograph the tiny wildflowers and grasses 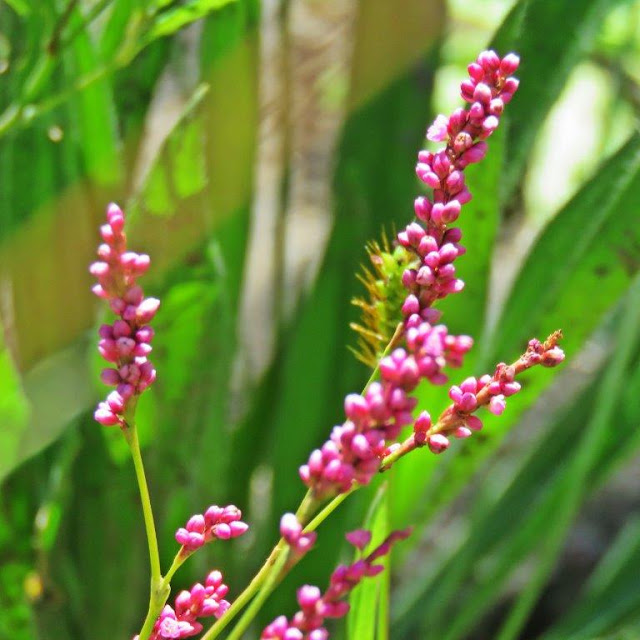 Some wildflowers I recognized; others like the ones above and the next two blooms below, I had no idea what it is 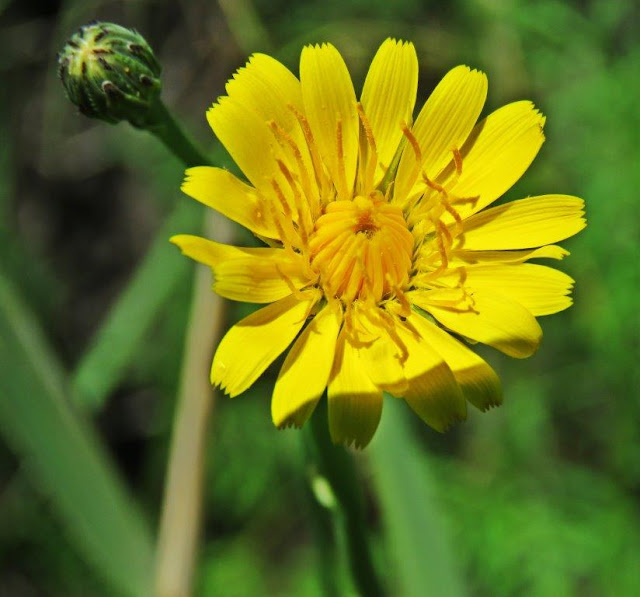 This flower was attached to a plant which looked like a weed. But oh so pretty! 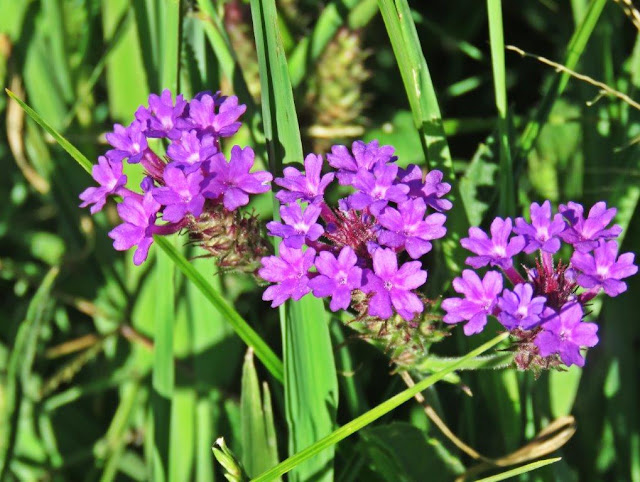 Another unknown, but beautiful enough to photograph 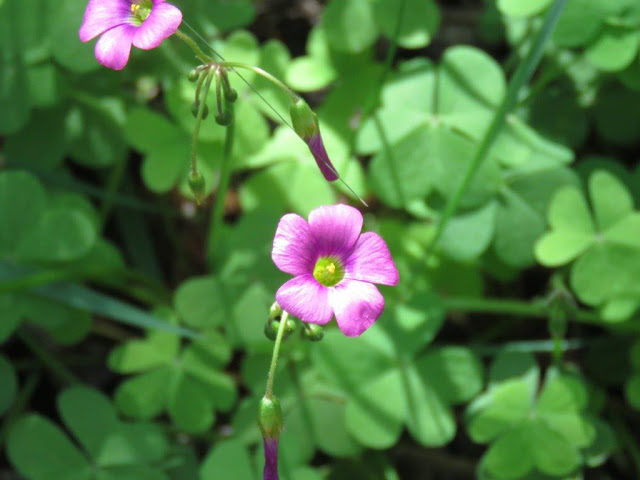 These delicate blooms were ever so tiny 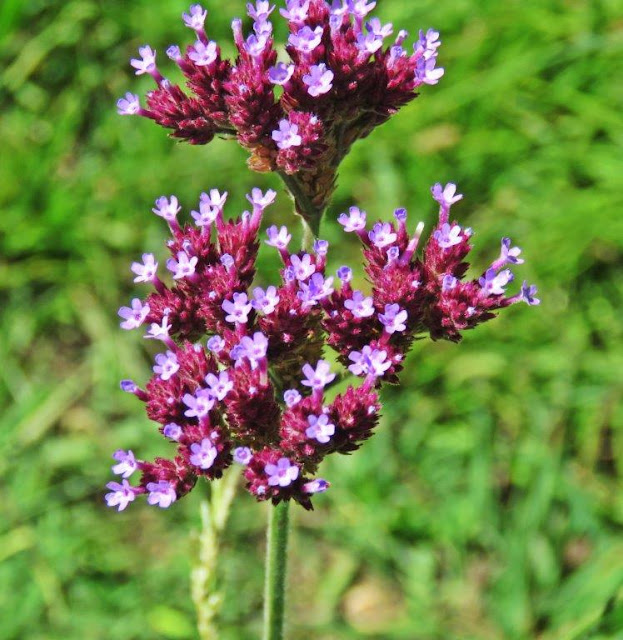 Statice is also common in the Eastern Free State growing prolifically along the roads and in fields. It's used regularly in flower arrangements and known as the everlasting flower 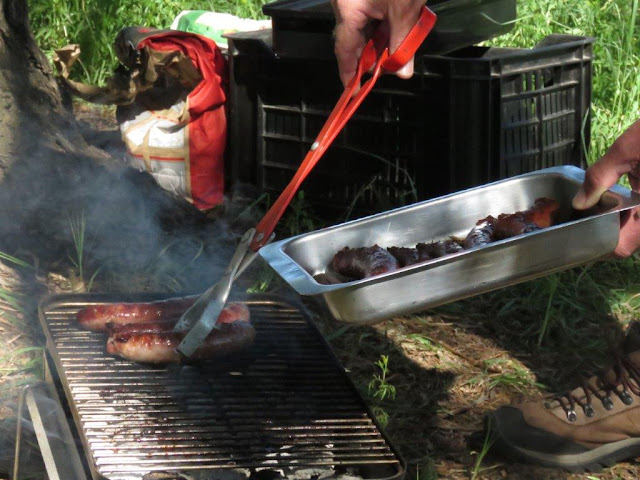 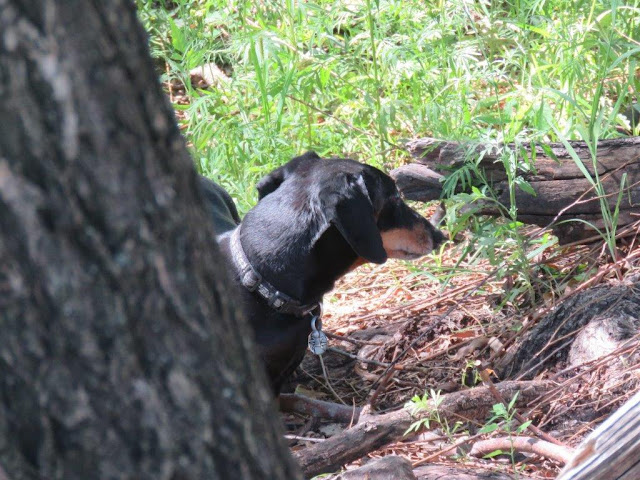 The two dogs are Oscar (above) who belongs to Anna but spends every day at Carin's home as pets are not [actually] permitted in the retirement center... 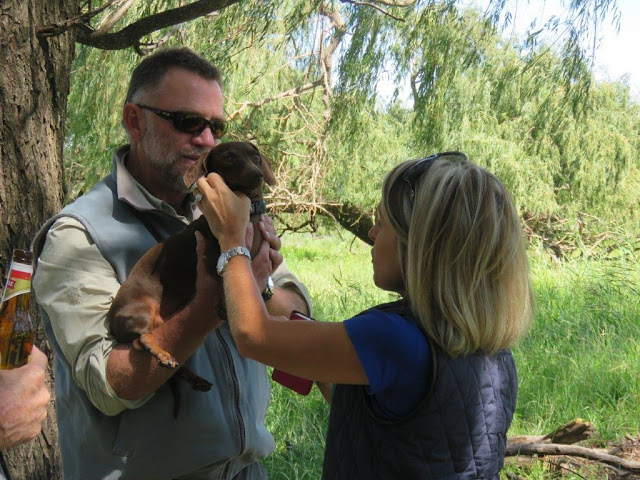 ...and Stewart, Carin and Julius' baby! 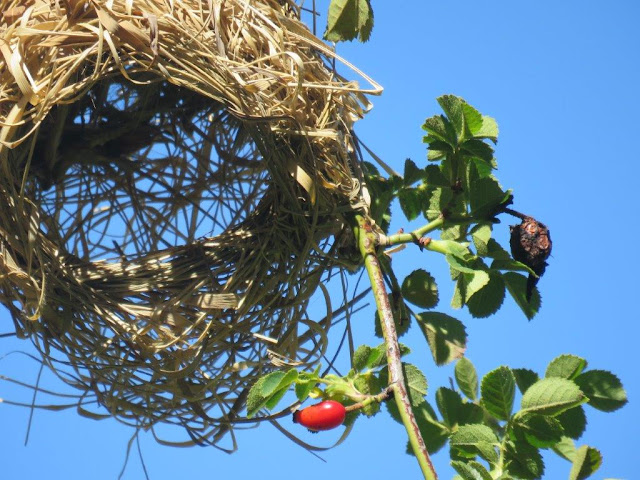 A long deserted weaver's nest in the pyracantha shrub 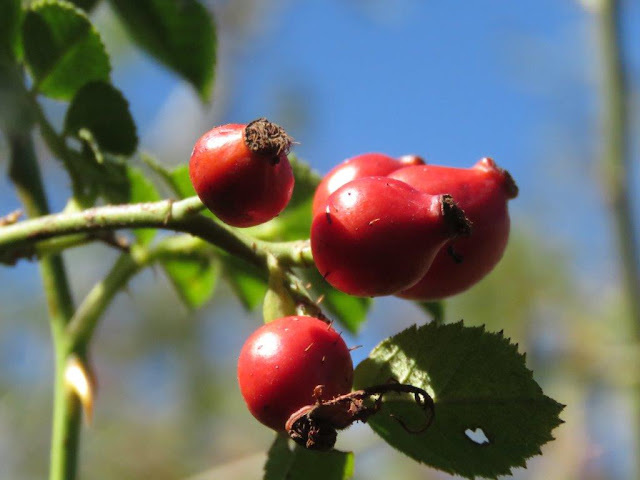 The berries of the pyracantha which the birds love. Berries are technically called pomes

After a delicious lunch and a relaxing time with friends, at around 3.30pm we packed up loaded the vehicles and set off for home. 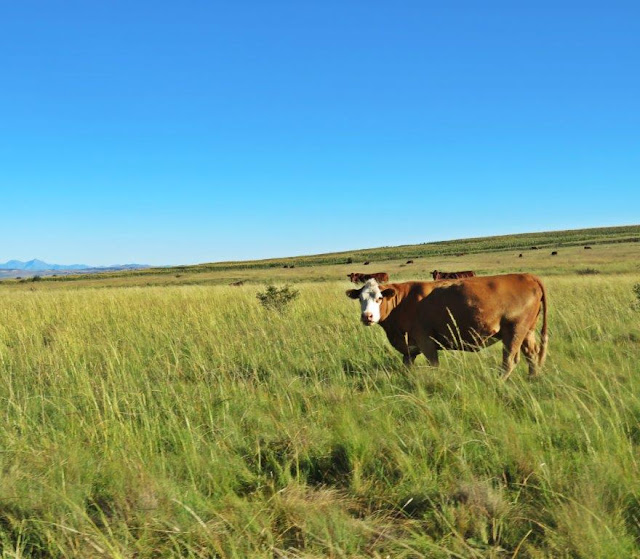 I loved this white-faced cow 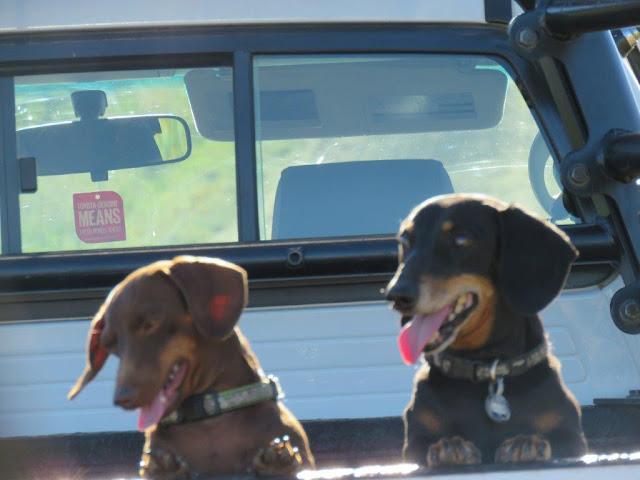 Stewart and Oscar on the back of Julius' pick-up. In a farming society where farmers generally have large German Shepherds, Boerboels and Sheep dogs on the back of their vehicles, Julius sports two dachshunds!