My world these days

Since the tribute for my dear neighbor Pienkie appeared in the newspaper, I'm contacted regularly to take photos for the next happening in our town.

Last week I had to photograph the elderly residents of the MGO (retirement center where MIL and now, Rina live). A retirement center in Durban (540km south on the East Coast of SA) had heard about the severe drought in the Free State. They decided to start a collection and subsequently bought and sent water to the MGO.

I received a photo of the center, Tuinsig (which ironically, MIL almost moved to but then decided to come to Marquard) with the water and then of our residents standing before the water bottle stack. 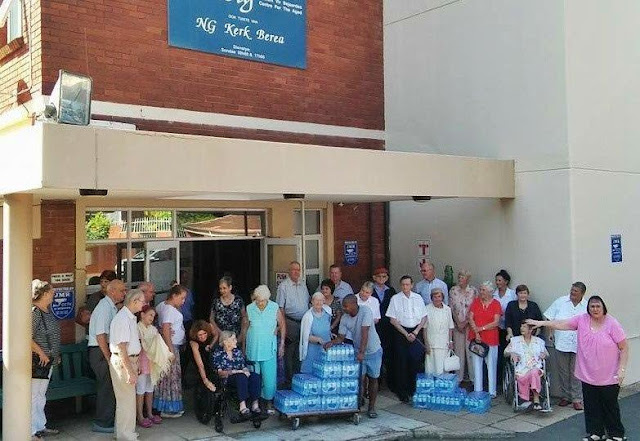 Tuinsig, Durban residents with the water they were sending to MGO, Marquard 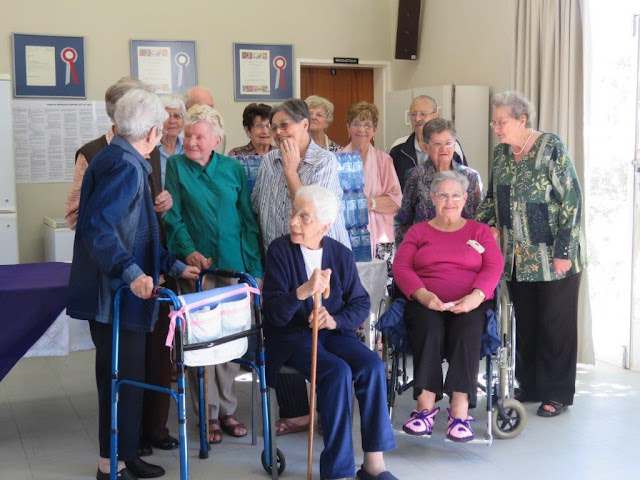 I arrived in the MGO dining room just after their weekly church service. The two sisters and Rina started to help the oldies into a group. It's just like getting children to line up and pose for a photo! 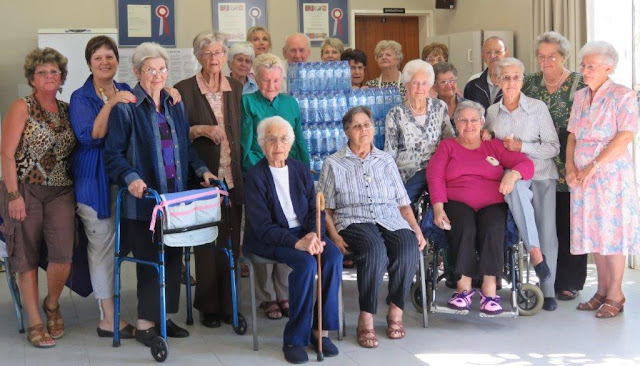 Finally they were ready and I snapped away. This photo and the story will appear in the Provincial newspaper on Friday

I'm linking to Our World Tuesday here
Posted by Jo at 5:09 AM