On Sunday after returning home from the shop (which I closed around 3.30pm, I decided to have a snack for supper and then an early night. 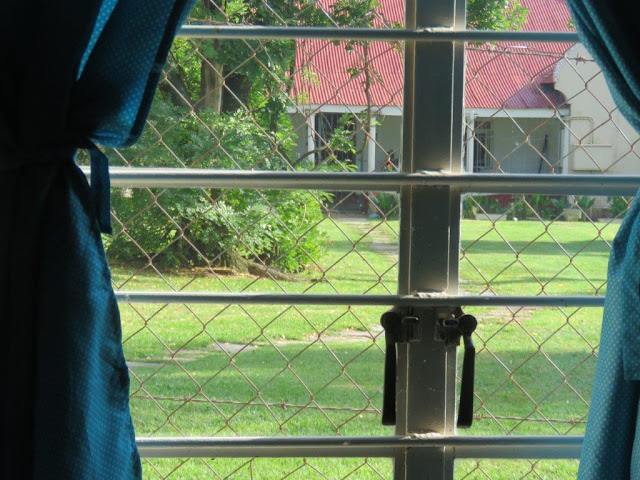 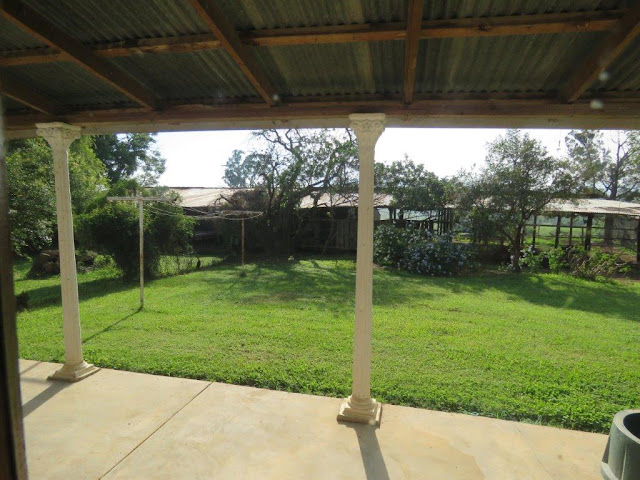 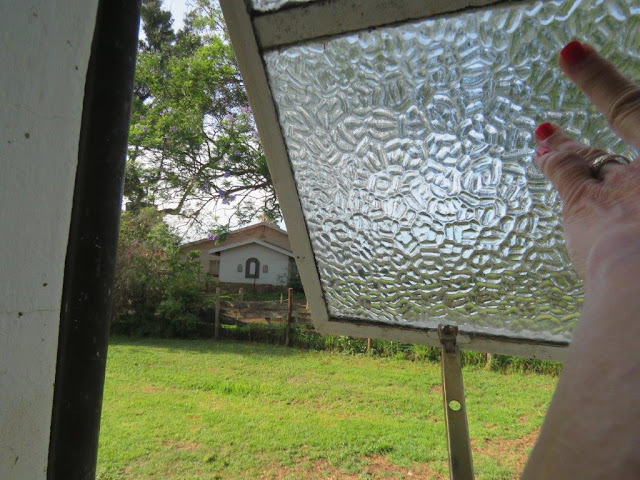 I arrived at Gavin and Janine's home shortly after 6pm on Christmas Eve. Their daughters (from Varsity) and their even younger cousins from the city we playing a game in the diningroom. The adults were sitting chatting on the large veranda and watching the sun set over the mountains. I didn't have my camera and didn't take any photos. (don't ask me why; I'm still kicking myself!)

The ladies had all prepared meats and vegetables. The young girls had made accompaniments of salads and pumpkin pie and also been solely responsible for the most delicious desserts. It was such a wonderful evening with friends who made me feel at home and part of the celebrations.

The next morning at 9.15 John, Debbie and children collected me. We were on our way to Debbie's mom (Barbar's) cousin who has a home and B&B in the Midlands Meander.

As we arrived, I noticed the old doggie in her kennel. Apparently she's rather old and stays out of the way when there are people around. 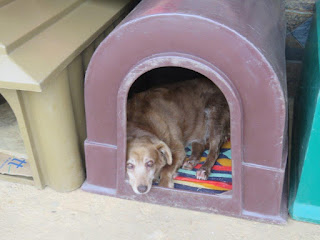 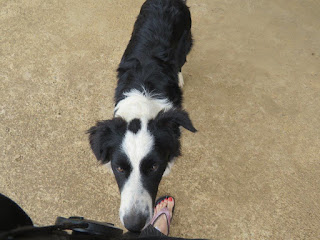 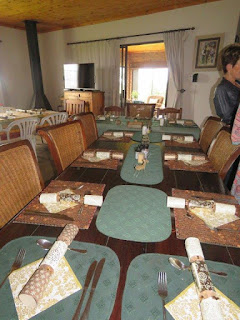 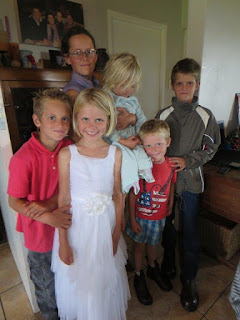 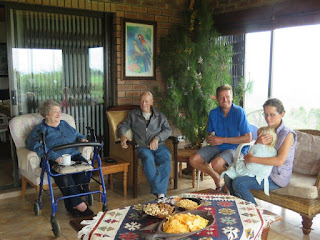 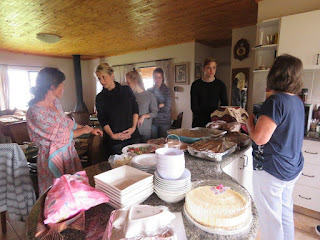 Both Debbie's sisters and their young daughters were there too 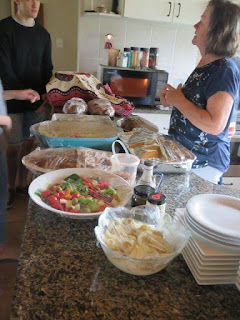 There was food enough to feed an army 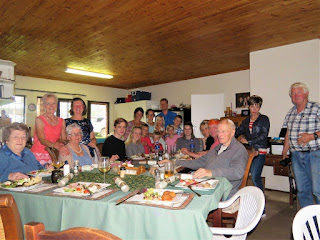 We were 20 people around this Christmas Lunch table

How awesome it is to have such wonderful family and friends. Barbara and Mike (Debbie's parents) and Grant and I have known each other for 19 years. Is there any measure of friendship greater than this at a time when I needed people the most?