Every afternoon after work, I don my running shoes, leash up a 60kg highly excited Labrador and we set out on our walk.  As we leave the inside farmyard, I release Skabenga's clip and he hurtles off up the road.

For the past two weeks we've increased our distance and I try to do at least a 2km round trip. On Saturdays and Sundays, we increase this to 2.5km. Of course , my furry friend loves this extra treat. He's the fastest and most energetic large dog I have ever owned.

On Sunday, we walked the entire length of the outside farm road and back again. I was thrilled to see the cows, before being milked and then herded into the paddock which I pass coming home, grazing in the fallow maze fields. I imagine the cows love eating the cobs and stalks. But the pivot goes regularly here and there is sufficient green grass for them even though it's still winter here. 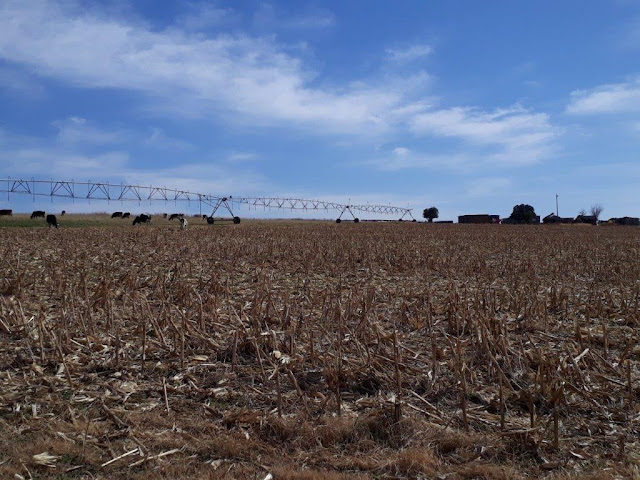 Clever cows grazing greens and other luscious treats under the pivot 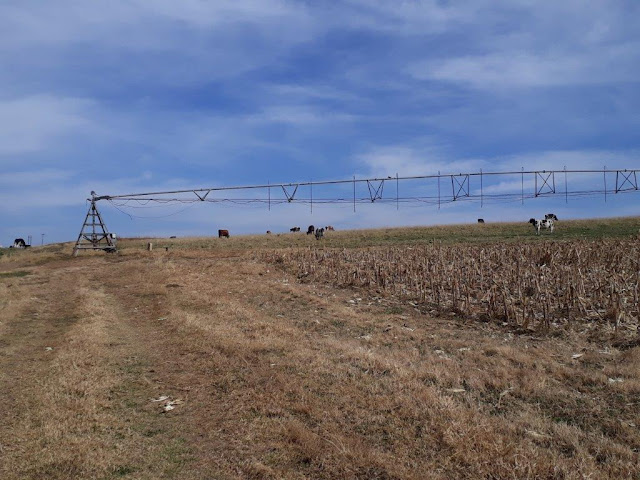 It was such a serene scene and I could just imagine the creamiest milk in the making! 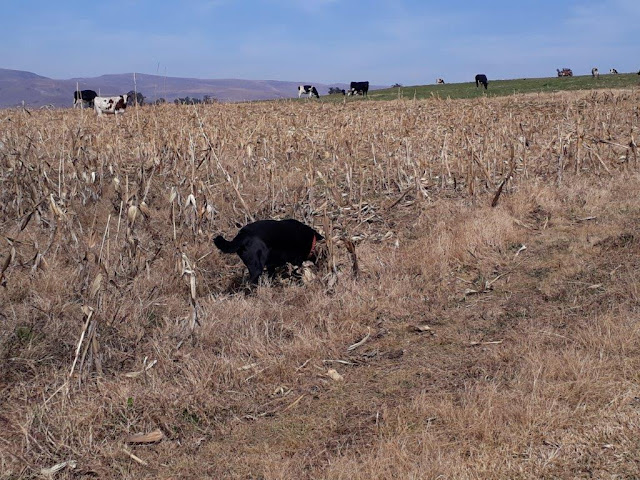 Some of the cows gave Skabenga a warning look (see the brown and white cow's unwavering stare!) 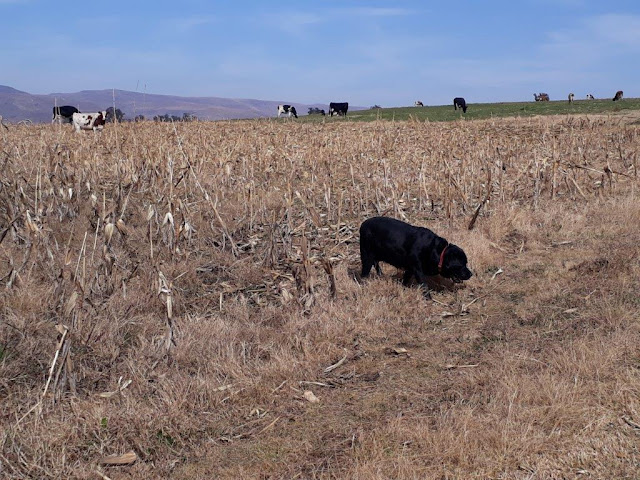 The happy dog had found a pivot path full of squelching mud and enjoyed plodging in it! 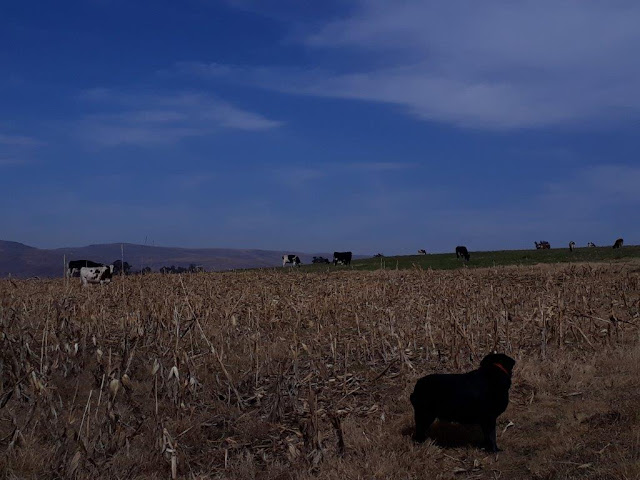 I think he sensed Mrs Cow staring daggers at him and turned to look at her! 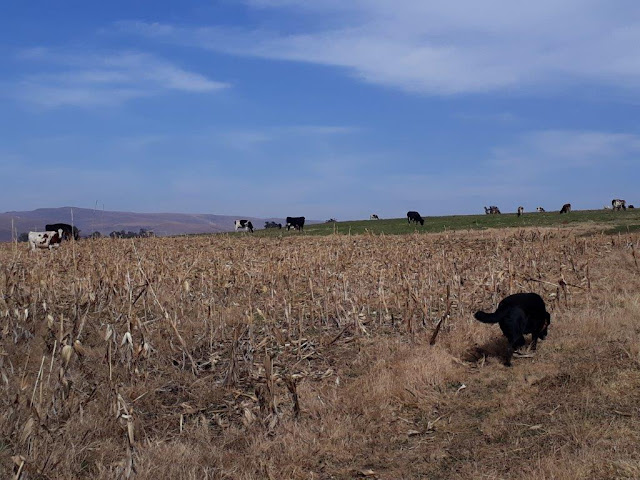 Then we were off again! 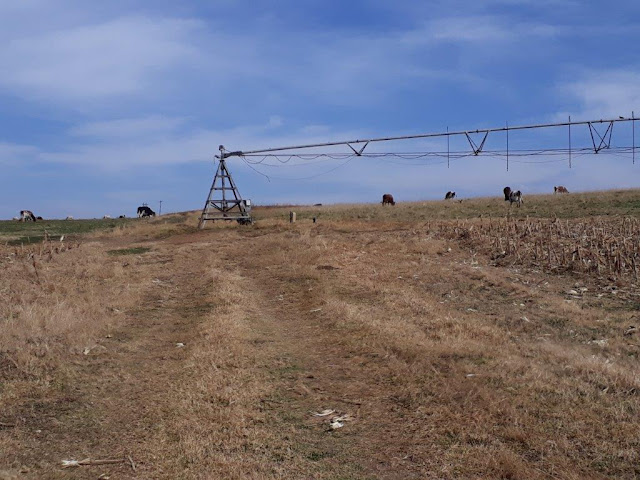 This morning I was in Colette's shop next door and Miriam told me that Lips had caught and killed a rat. Fortunately  outside so  at least we know our shops are rodent free. I praised her for being the best mouser in the world! 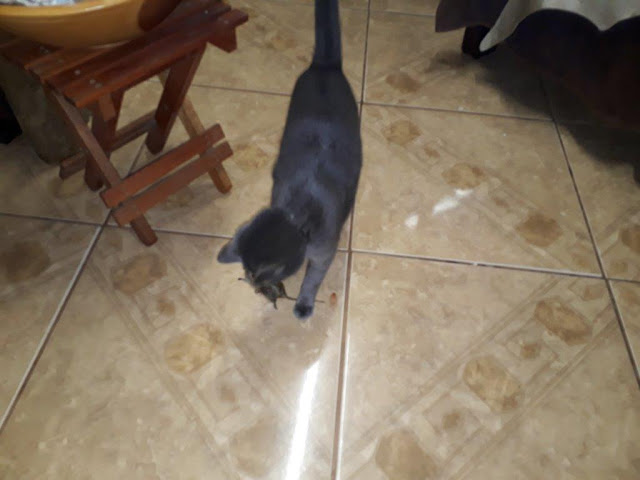 Lips, who is alone on the veranda now that Missy rules my home and since the kitten went to live with a friend in the Valley 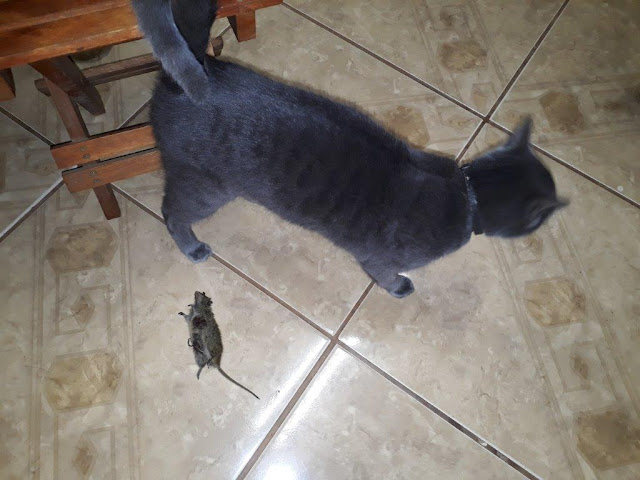 Once Lips had done her duty, she showed no further interest in the poor hapless (and very dead) rat