After five weeks of traveling from our home to the city for MIL's eye cataract procedure, I have now had enough!

The hospital staff were wonderful; the setting was clean and clinical. The check ups and subsequent instructions on how to care for your eye after the procedure, were short and to the point.

Last Wednesday it was time to have MIL's eye patch removed. We left home at 4.30 am and arrived at the hospital at 6.35 am. We sat and chatted to the other patients and their helpers; after five weeks in such close proximity you get to know each other.

By 7.15 am the sisters arrived carrying a pack of files. Soon MIL and I (Rina had to wait in the hall) were shown to the large room where we'd started off on 29th September. Here the patients were told to close the non-operated eye and read the eye chart. MIL was second in line and I tried to explain to her (without giving away too much) that the largest letter is the same as all the others below it. Only the first letter was upright, the next one turned to the left, next to the right, also downwards. She said she knows; it's an E. So I said yes, but you need to say which way up or down it is. She was next in the chair and to the sister's upheld hand, he asked her how many fingers she could see. She replied correctly: five! Then he pointed the chart on the wall and she first hesitated. Then she said, E. Next he pointed to the letter below which was facing to the left. And she said it was showing downwards! Luckily, he wrote on her file and told me to seat her at the optometrist's table.

The doctor was three patients down and when he reached us, he greeted Pam effusively asking if she could see. She said yes, but very fuzzily (which is understandable for the first few days). He checked her through his phoropter/refractor - ophthalmic testing device and said the "new" eye looks good. He mentioned the beginnings of calcification behind the eye and said this normally comes with age. 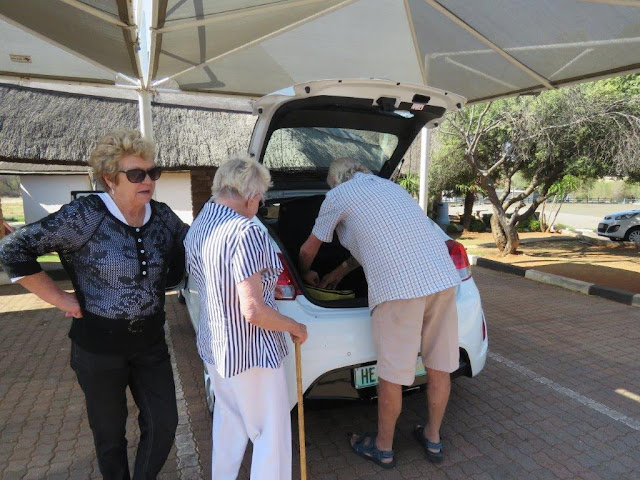 We stopped, as always at a garage outside the city and enjoyed coffee, sandwiches, meatballs and sausages 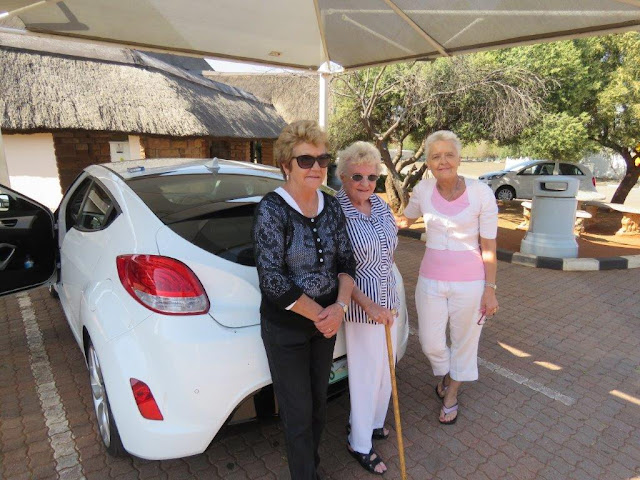 
Back home, Grant had to be strict and take his mother's old glasses. She said she's been given them over the years when the people died in her previous home! She was very reluctant to hand them over because she said you never knew when someone in her present home may need a glasses!

Grant explained that she has to wear readers until we have the other eye cataract procedure. This only takes place in the new year, thank goodness! After that we'll take her to be tested for prescription glasses. I only hope she wears them as she's is very vain and doesn't want to "look old"!

On Thursday, we took her to the local store and bought a neat pair of readers and a new pair of sunglasses. 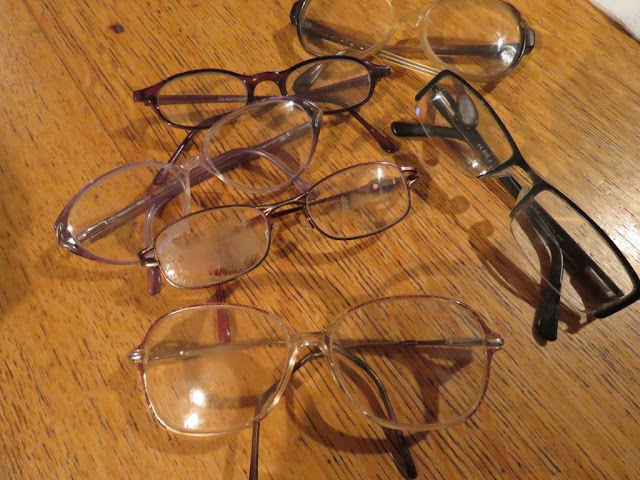