Hello everyone; it's a freezing cold and stormy day here in the Free State.  We're clocking in 7 degrees Celsius. This is COLD to South Africans who have more sunshine in a year than most countries.

On Saturday morning I took the dogs for a walk to the golf course. Thank goodness I did. I don't think we'll get out there in the next three days which is how long this weather is going to last.

While the dogs cavorted in and out of the water, I sat on a metal bench at no 5 hole and tried to focus on the resident little grebe on the dam.  The sun was overhead and the glare on the water made it difficult for me to see the images on my screen.

Suddenly a cormorant (which I thought I'd seen diving near the grebe), flew up out of the water and into a nearby tree. It hardly landed when it took off again and skimmed the water flying to the other side of the dam. I saw something dangling from its bill.  I tried to pick it up on my lens and managed a few photos. Then it landed in the water again and swooshed it head under the water.

When I downloaded the photos at home, I was surprised to see I had captured the whole sequence of a Reed Cormorant devouring a platanna  (frog) for lunch. 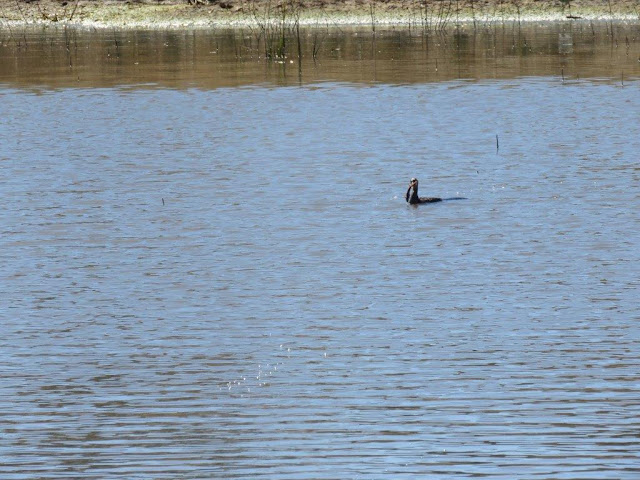 The second time the cormorant landed in the water, I managed to snap the frog in its bill 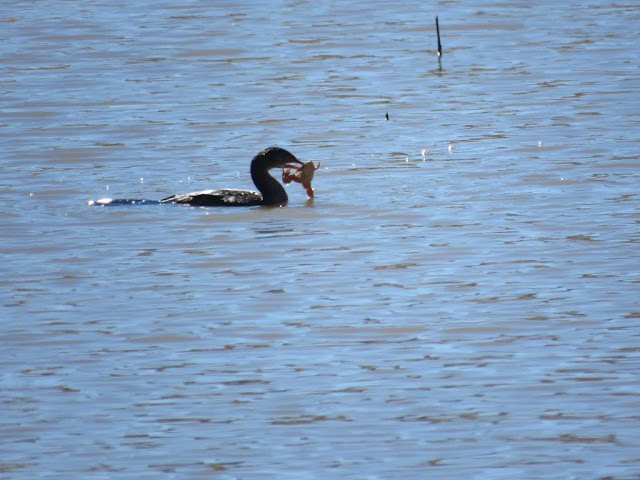 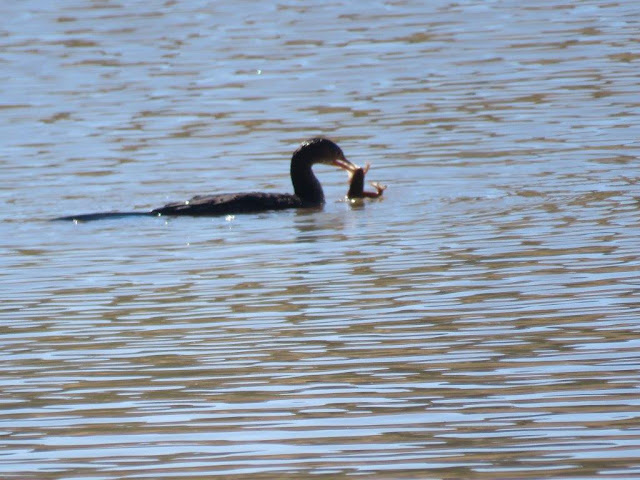 I remember from a time in Tanzania when I photographed a cormorant catching a platanna, that it turns the frog around to be able to swallow it head first. The photos below show this sequence. 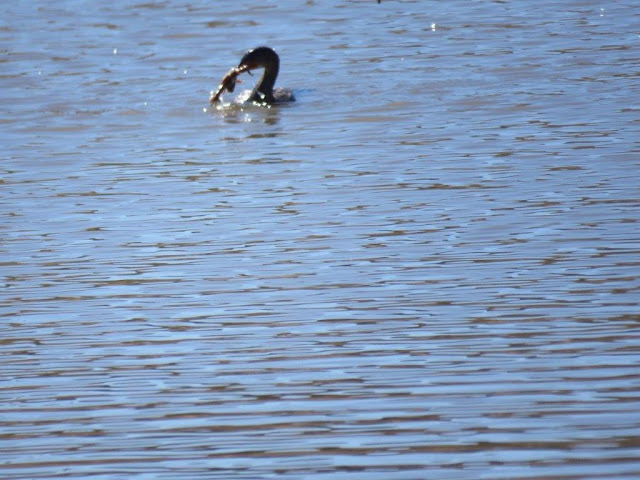 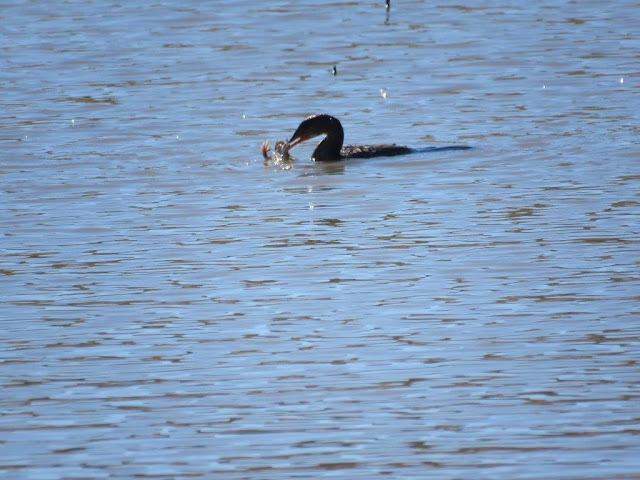 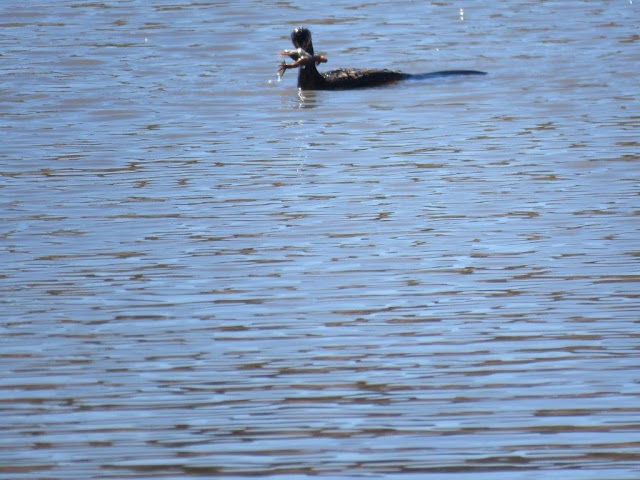 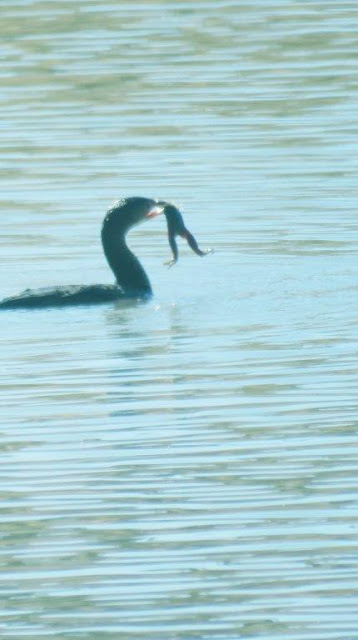 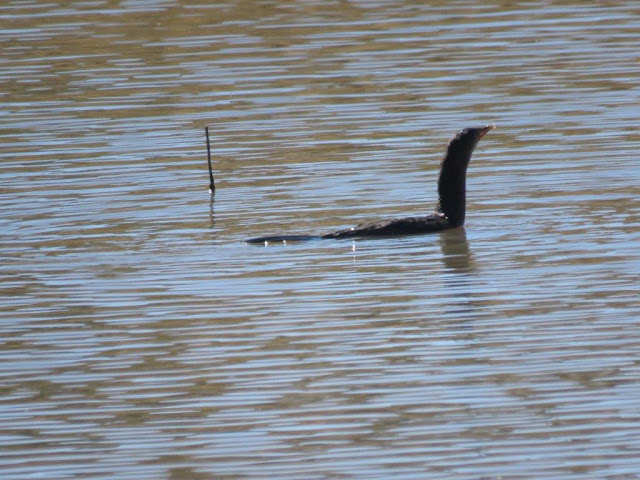 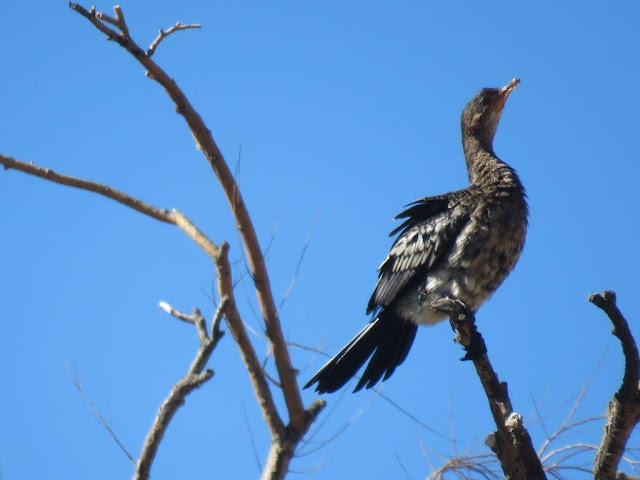 The cormorant flew up into a nearby tree, stretched its long neck and swallowed a final time 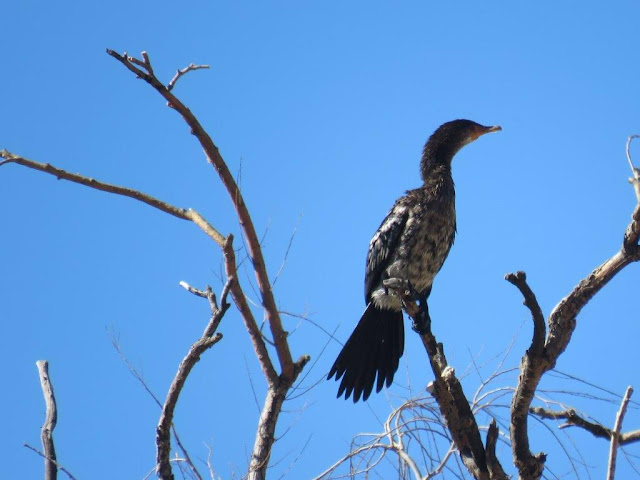 Drying off in the sun

Here's wishing you all a wonderful Monday.