Since the first weekend in  December, I've had  guests in  The  Bunker. My long stay guest  whose car later floated  past the  window (LOL)  arrived  on  Monday  17th  December  mere minutes after I'd cleaned after a beautiful young Swazi couple  who'd vacated it that morning.   This guest left early on Sunday 30th December. I was up there to clean before I opened the shop. 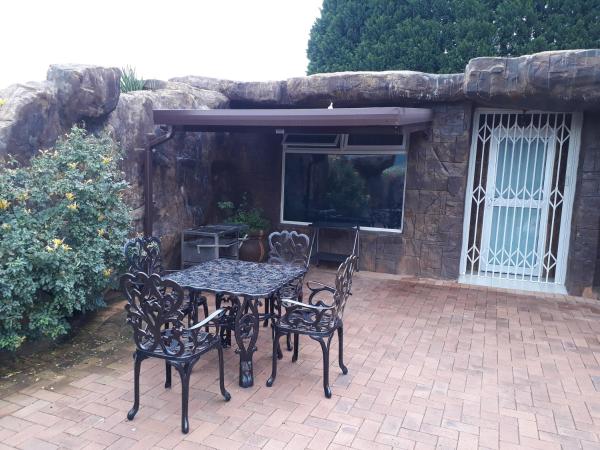 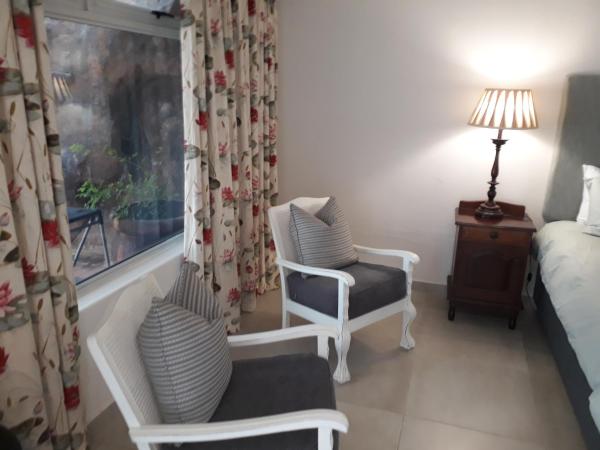 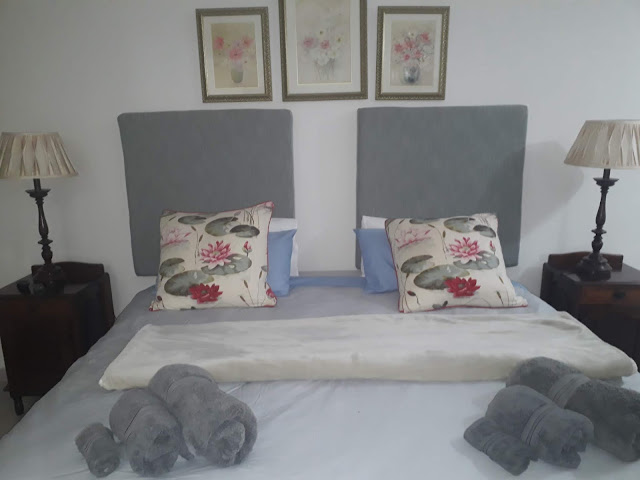 The Bunker: ostensibly sleeps two, a child under 12 by arrangement, my elegant and upmarket Central Drakensberg accommodation

At 8, Estelle arrive bringing bedding and a single sleeper for the couple and ten-year-old who were booking in at 2pm. After I'd placed the guests' gifts on the table, taken a last look around to see  everything looks inviting, I locked the door. Estelle had asked me to come down to their house (also on the estate) for a cuppu before I came to the center to open The Art Box.

At 10am, my next guests arrived at the shop. Normally check in time is 14h00 but I'd told them they could collect the keys and book in earlier. They were thrilled and on Monday (last day of the year) they popped into the shop to say how much they were enjoying my beautiful unit.

The gentleman has just arrived at the shop this morning (Wednesday) handed in the  keys and thanked me again for the  lovely stay and said they'd be back!

Estelle will relieve me at the shop around 11am. I'll go up to The Bunker, clean and prep for the next guests arriving at  2pm.

Meanwhile  my larger group of young people arrived to spend from 26 December until today 2 January, at Ulundi Family Holiday Home.  They were settled in OK but by Friday,  they asked if they could have HTH  as the pool was green. I had left 2kg of HTH  with the gardener who should  have ensured the pool was kept in pristine condition. Out here in the Valley  not one of the supermarkets stock pool cleaner so after work I drove to Winterton  and bought a 4kg container from the hardware store.

Next  morning, after I'd done my Parkrun, I arrived at work at 9am. Bardy,  Colllette's husband  had kindly agreed to take the granules up to Ulundi and apply  to the pool. We decanted a few cups into a plastic container which Bardy left with the  guests. The remainder of the HTH is with me for new guests.

This morning Ulundi guests checked out saying how they enjoyed their stay  at the large family  home. I  was pleased to hear this as it was the first  time I'd rented out this rather more rustic home. 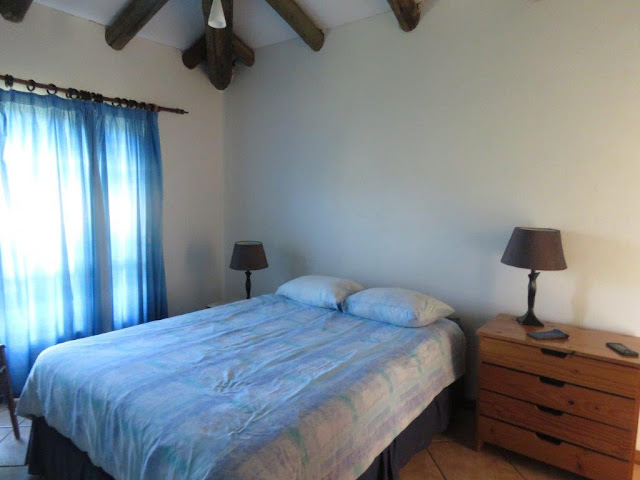 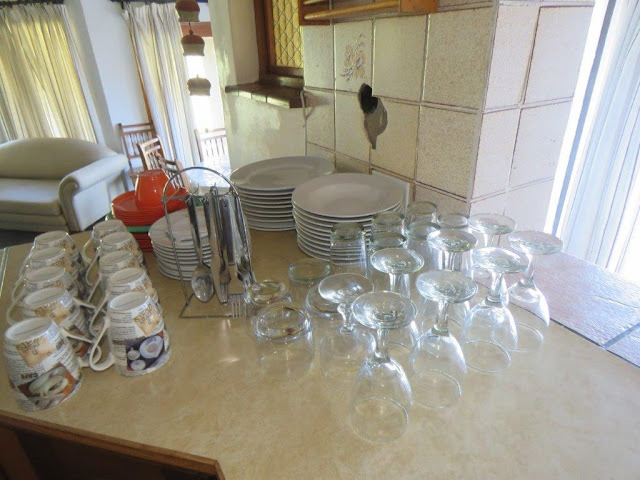 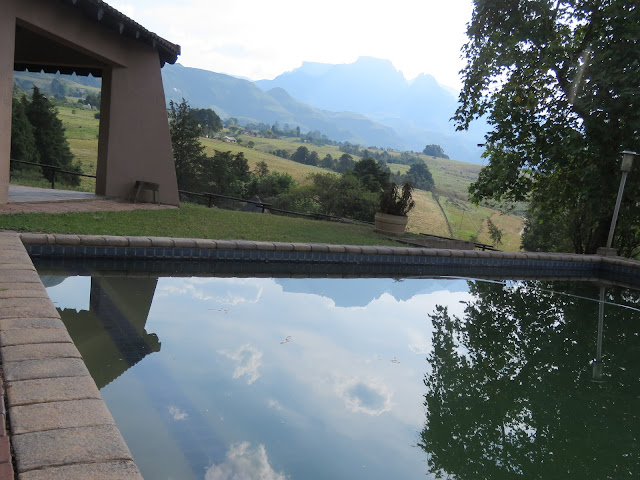 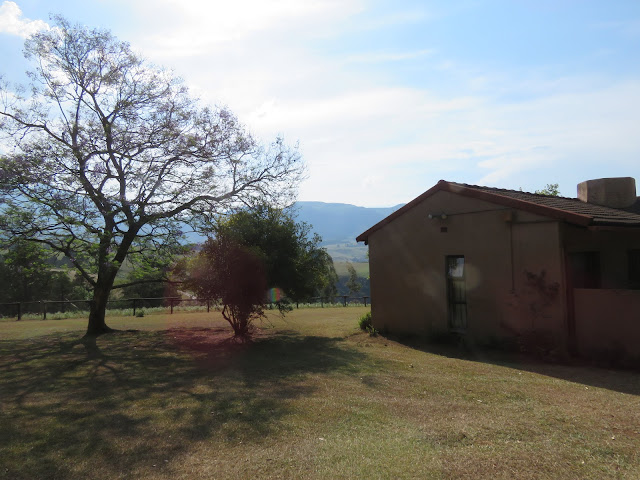 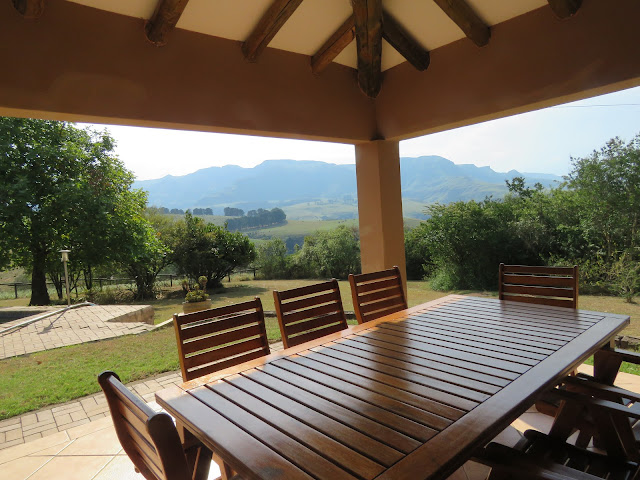 Ulundi Family Holiday Home: sleeps up to ten  guests. Spacious and comfortable, Ulundi has proved to be a great place to holiday with family and  friends

Estelle is due in half and hour and  I will leave her to "man" the shop while I prep for the next  guests at The Bunker. On the way out, I will drop new cosmetic brochures with  customers along the veranda on the way to my car.

HAPPY NEW YEAR TO ALL MY WONDERFUL  BLOG FRIENDS