I had a nostalgic afternoon on Saturday (after cleaning my accommodation!) going down memory lane looking through digital photos to commemorate the last 15 years of his life. 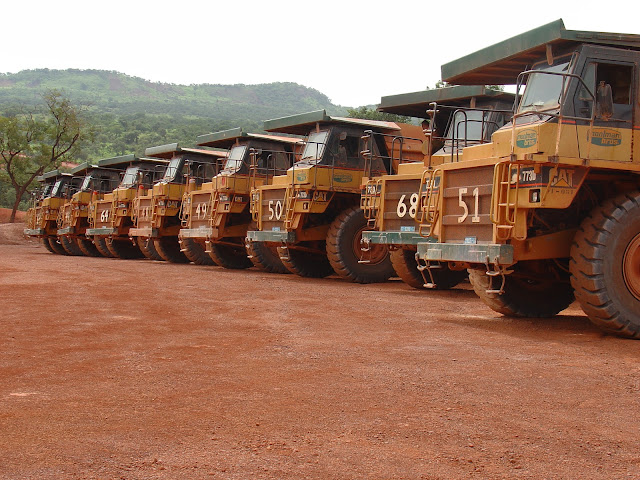 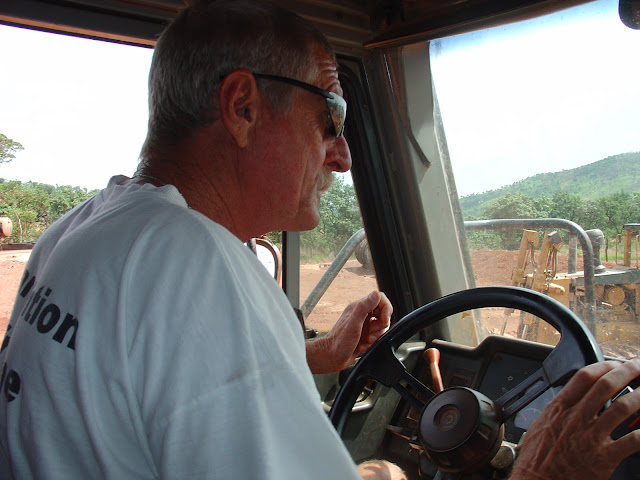 In bis element driving a 773 CAT
At the end of 2006, when the mine closed in Guinea, Grant lead a convoy of mining vehicles and machines from Guinea, cross border, skirting the Western Sahara, along Sahel Desert to a working mine in Mali. The trip, much of it in the beginning, bushwacking, took him 53 days. The distance: 1800km 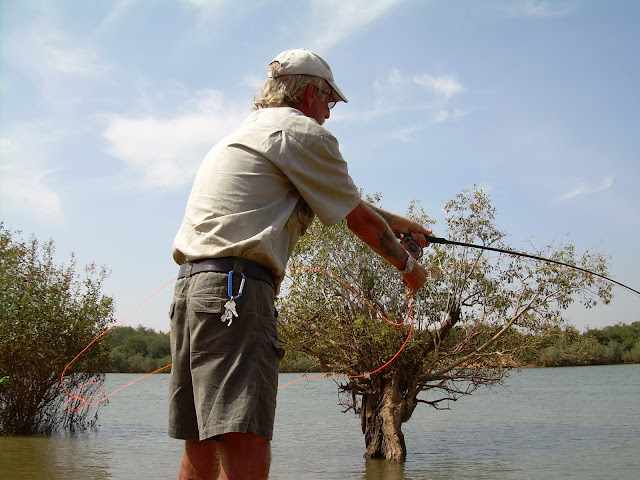 In Northwestern Guinea, he managed a spot of recreational fishing! 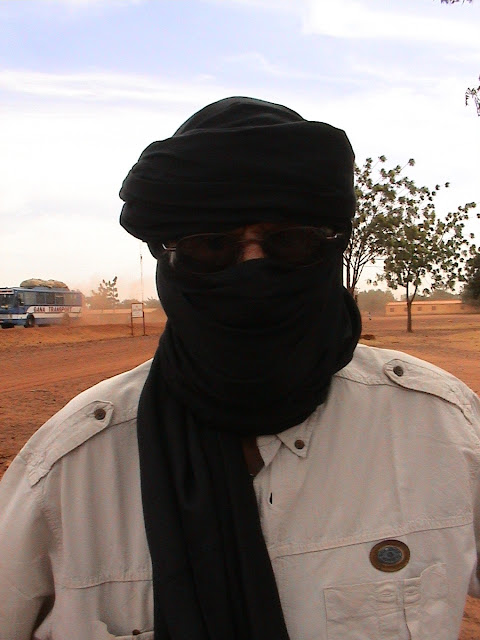 Crossing the desert, you had to dress appropriately 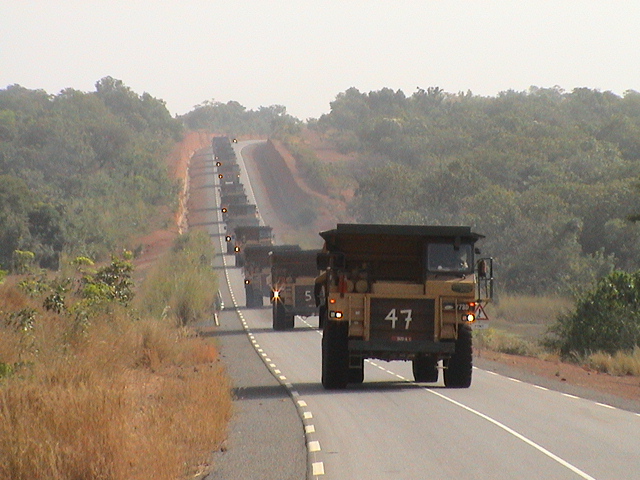 In Mali the road conditions improved. Grant took this photo of his vehicles successfully being delivered to the working mine
BACK HOME IN SOUTH AFRICA  - Just in time for our son's wedding. 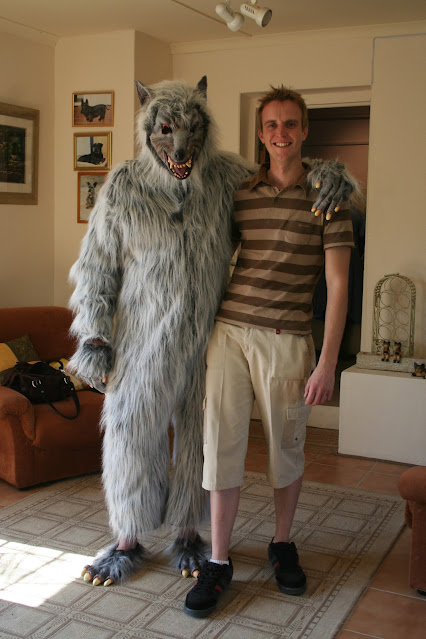 Apart from an adventurous spirit, Grant was always game for  - well, a game! Here he poses in a realistic wolf suit with our son Angus on the morning of his wedding Mere hours later,a gentleman to the hilt, and the father of the groom 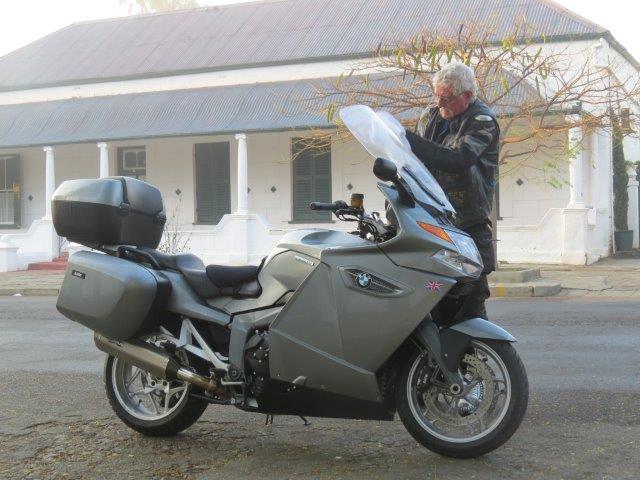 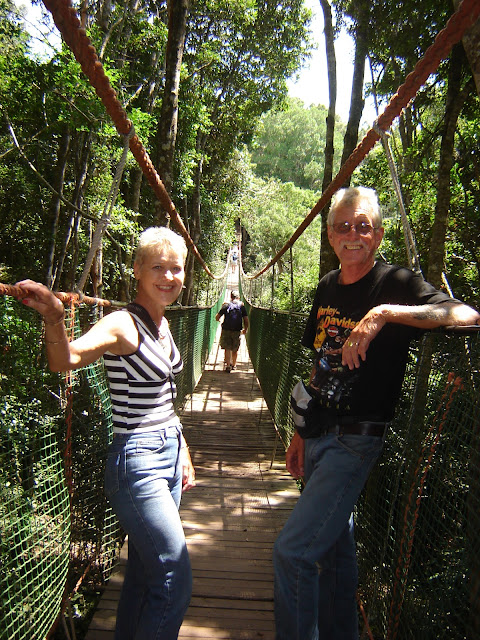 On the longest hanging bridge, Nature Valley, Western Cape, circa 2009
Fastforward to 2012, Tanzania 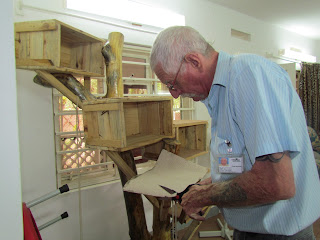 Grant, a Master Craftsman   designed and built a cat tree for our three cats 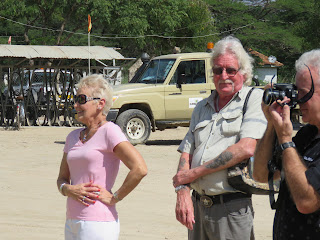 Contract manager of the diamond mine earthmoving plant 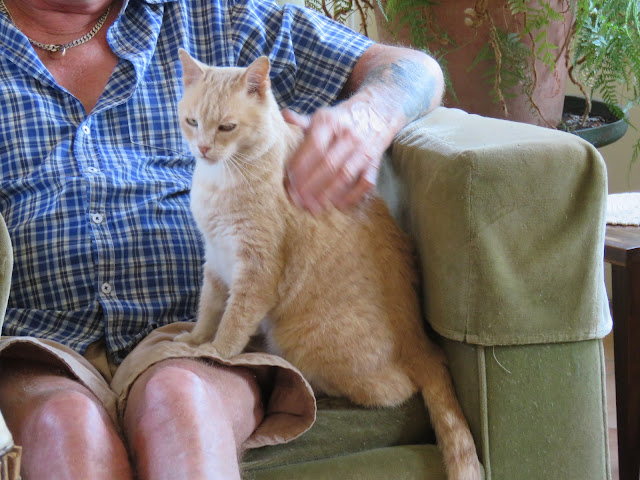 Back home in South Africa on retirement 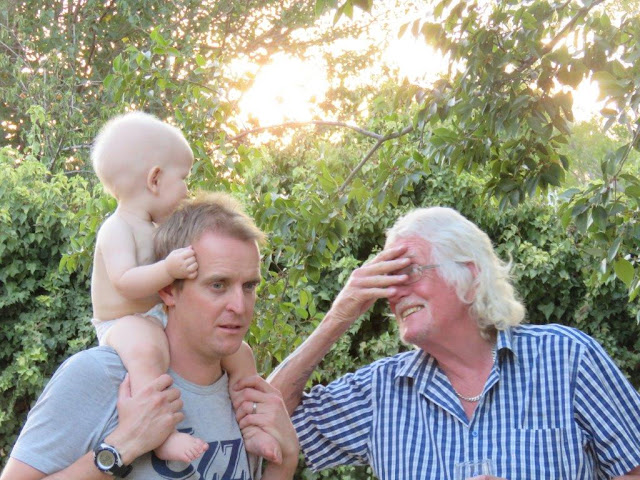 Granddad playing peek a boo with the Littlest Hedges 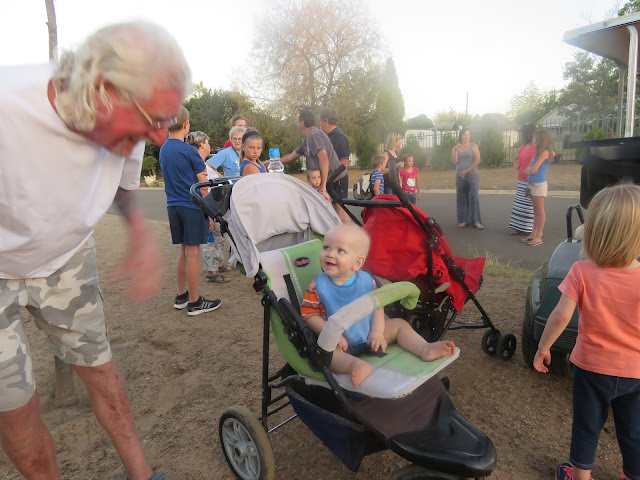 Granddad pushed the same little lad through the town streets, with carols by candlelight 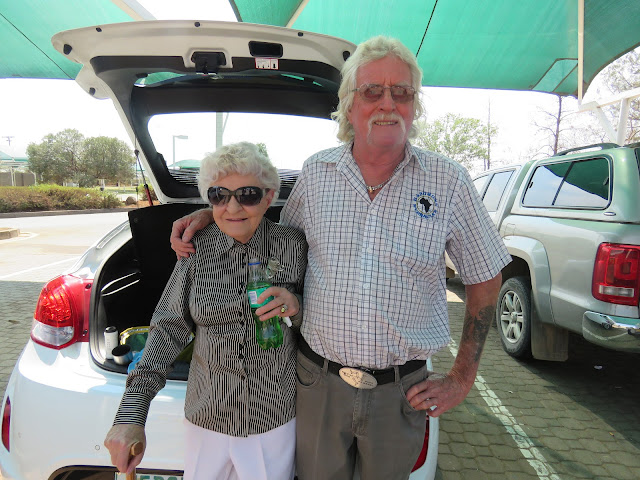 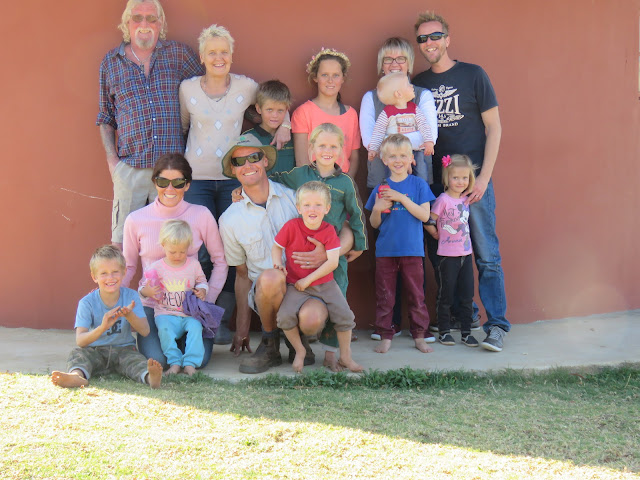 The move to the Central Drakensberg, 16 October 2016. This was the last photo of the Hedges family 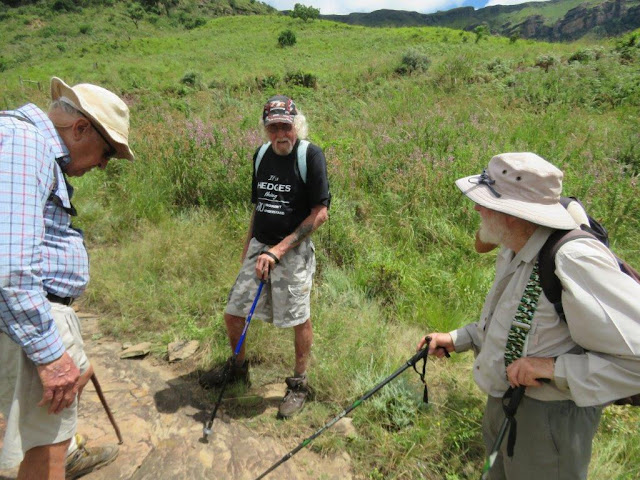 Grant and I joined the mid-w eek hiking club. Here, Grant, then 66, Ant Muirhead, 76 and Alan Leggit stop on the trail for a chat 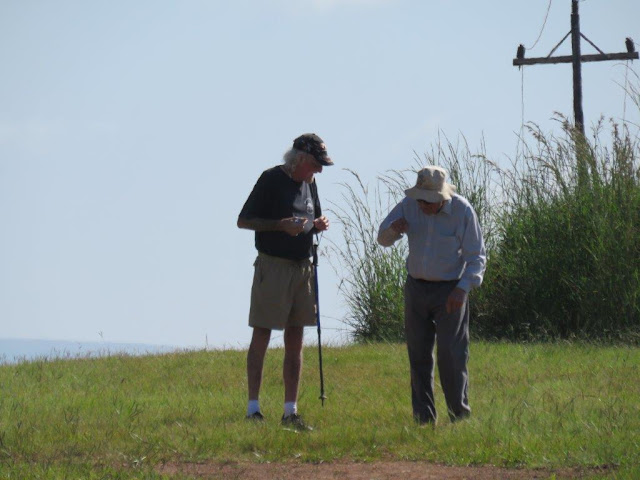 Grant and I joined Parkrun which happens on a Saturday.  After six years, I am still very involved in Parkrun, Here Grant and Alan meander towards the end 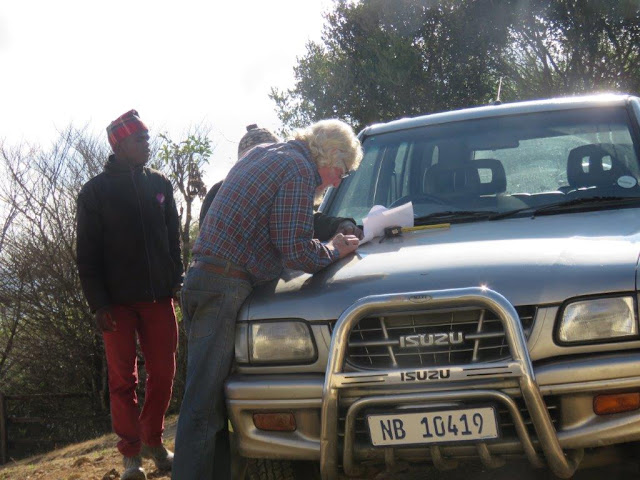 Grant discussing plans of the cottage with Amon the builder 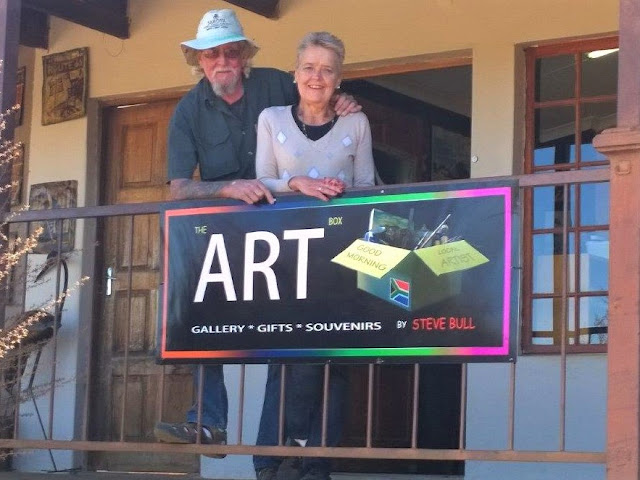 Here Grant poses with me where I managed an art shop for dear friends, Estelle and Steve 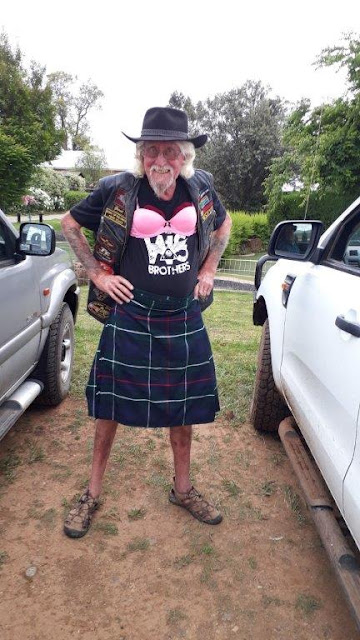 Grant at the Breast Cancer Pink walk at the end of October 2017
Exactly a month later he passed away...
REST IN PEACE, DEAR GRANT
Posted by Jo at 4:30 AM