Earlier this week, I posted about leaving the camp, staying over in Dar es Salaam and finally boarding the flight to England as the start of our trip to the Isle of Man and subsequently, back to England.

Arriving at Heathrow on 30 May, and connected with the Manchester flight. Kevin, an old friend of ours and my boss on the goldmines of Guinea, West Africa, collected us and drove us back to his home in Chesterfield.


Kevin's wife, Jane didn't stay on camp with him, but over the years while working for him, I got to know Jane - first on the telephone and later when we visited the UK in 2005. I'd not seen her since that year, so we soon were caught up in catching up on news! 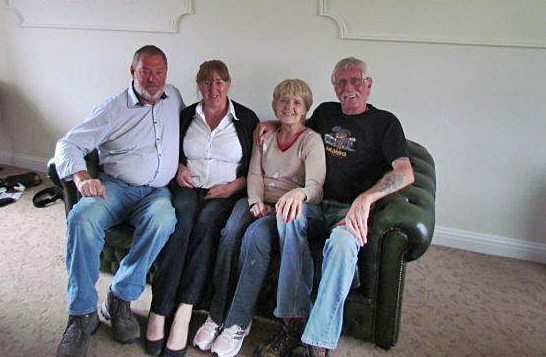 On Thursday we rested, only going out for lunch in Chesterfield. Later Jane and I watched the French Open while the men made the final arrangements for our trip which commenced that night. Eventually Jane (who didn't go to the Isle of Man with us) went off to bed, while Grant and I sat and dozed in the lounge downstairs. We would be taking a taxi to Liverpool where we'd board the ferry. Kevin and a friend, Clive, Grant and I squashed into a medium-sized sedan, with the driver at the wheel,  and made the three hour-long journey northwards. 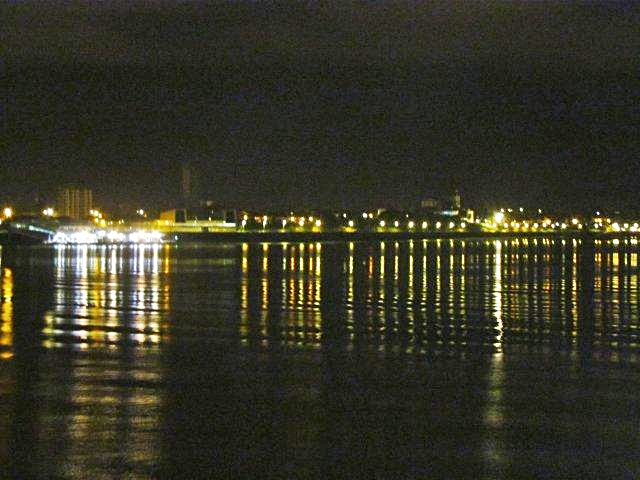 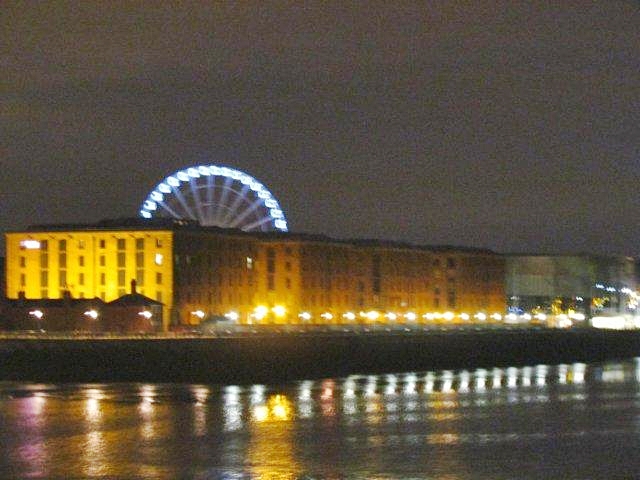 The ferry was due to leave shore at 4.45am, so we didn't have long to wait until we could board the huge vessel. I spent the first part of the journey, firstly freezing my fingers off, and then taking photos from the stern of boat. 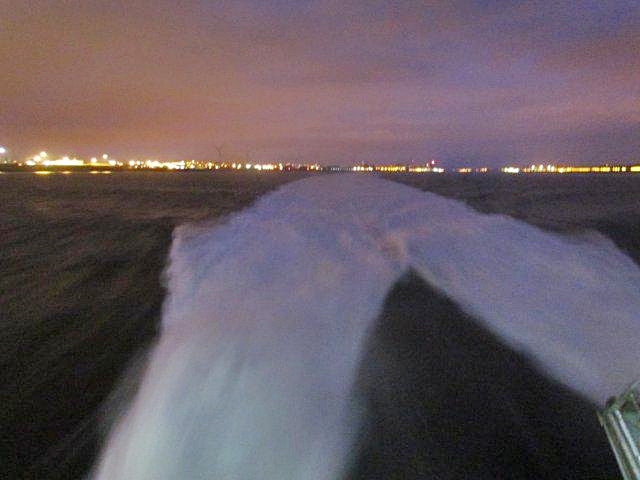 The river widens into a large estuary, which is five kilometers / three miles wide at its widest point near Ellesmore Port.

The estuary then narrows to flow between Liverpool and Birkenhead, where it is constricted to a width of 0.7 mile/ 1.2 kilometers , between Albert Dock in Liverpool and the Woodside ferry terminal in Birkenhead. The river then continues into Liverpool Bay on the Irish Sea.
The river is now internationally famous thanks to the music of the 1960s known as Merseybeat or the Mersey Sound and its strong association with Liverpool. The Mersey itself was popularized in the Merseybeat song Ferry Cross the Mersey by Gerry & The Pacemakers, which was released in 1965 and featured a music video in which the group performed their song on a boat crossing the river between Birkenhead and Liverpool. It has since been covered by Ferry Aid (for a 1989 charity single to dedicated to the victims of the Hillsborough disaster) and Frankie Goes to Hollywood. *

Eventually I couldn't stand the cold any longer and went inside to find our pre-booked seats. Grant and I drank coffee, he eventually dozed off while I read one of the magazines on offer in the lounge.

As we were nearing Isle of Man, the sun was making its appearance. Once more, it was time to leave my warm seat, brave the cold and get some photos. I managed to convince Grant to come outside with me too! (Actually, I had to drag him out! Ha-ha! ) 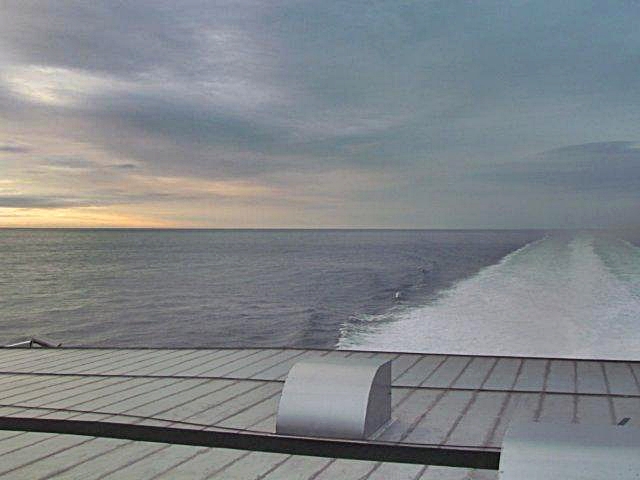 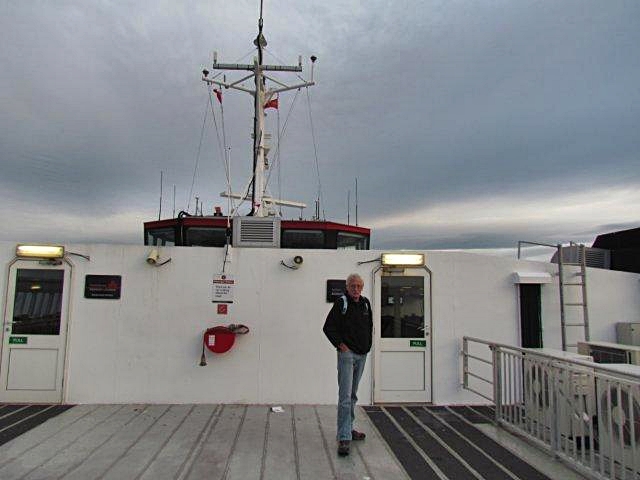 I hope you're all having a wonderful week so far.

* - * Note: Information on the River Mersey obtained from Google