Hi Bozo and mum's blogger friends. This is Ambrose. As usual the week was restful but then yesterday we kitties had a big fright. We were sleeping on our day bed, all minding our own business, dreaming our dreams, when Michael askari  (he's also our friend)  to mum. He said: "Bibi, daktari is here." We kitties didn't know what he meant but we soon found out!

After asking Michael and daktari to wait mum quickly lifted Unca Shadow from the bed and carried him into the house. She returned and carried me and Dad Ginger inside as well. Now we could see where was taking us: the bathroom, which is were she had Unca Shadow closed in already.

As she placed us on the floor, she left the bathroom and closed the door. Dad Ginger walked around the large box on the floor. I think he remembers this box as he arrived in it from Kenya
L O N G ago. 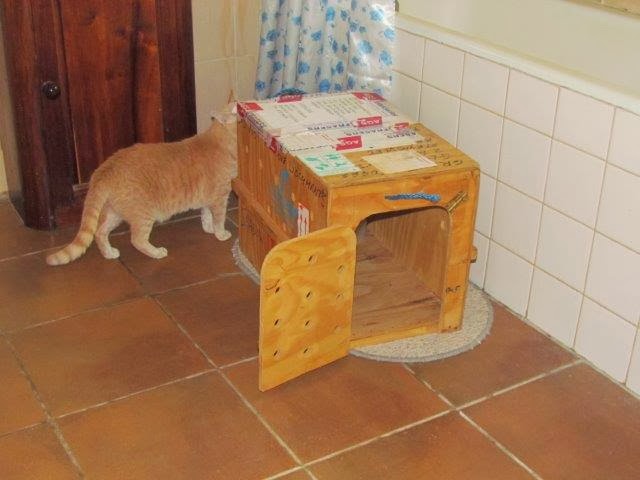 Soon mum returned and entered the bathroom with Michael and *gasp* with a strange man. After this things got a bit hazy: Dad Ginger and I were put inside the cage and the door locked on us. We heard a scuffle as Michael and mum wrapped Unca Shadow in a towel and then the door opening and closing again. Then nothing.

Next mum's hand came into the cage and pulled Dad Ginger out. Another scuffle and then the door opening and closing. Again nothing.

I heard mum tell the daktari:  "Ambrose is an easy cat, he won't be a problem"

Then her hand came into the cage and I meowed and pressed myself against the far side. But she was too clever for me and pulled me out. I saw Michael come towards me with a towel, and he and mum wrapped me in it.  Then they put me down on the cupboard and as mum tried to expose my neck, I hissed, wriggled and broke loose. Again, Michael and mum caught me with a wrapped towel and carried me to the cupboard.

All the while I could see the daktari standing there with a very sharp item in his hand.

Mum held me down firmly this time and the daktari plunged the sharp item under the skin of my neck. Next he plunged another sharp item into my rear end. This was the end for me and I growled fiercely and lashed out with all my claws. 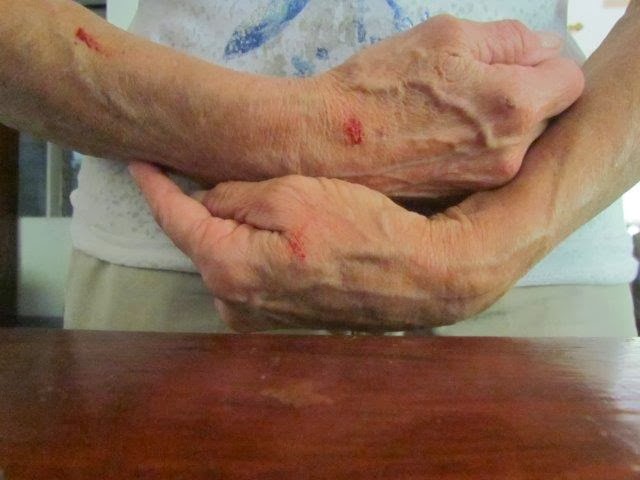 I can't remember having these injections before but Unca Shadow and Dad Ginger assured me that this is a yearly occurrence. They say it's necessary so that we don't get kitty illnesses, the worst one being rabies. (I wonder what is rabies?) Another reason for this pain, is so that our kitty passports are always up to date. 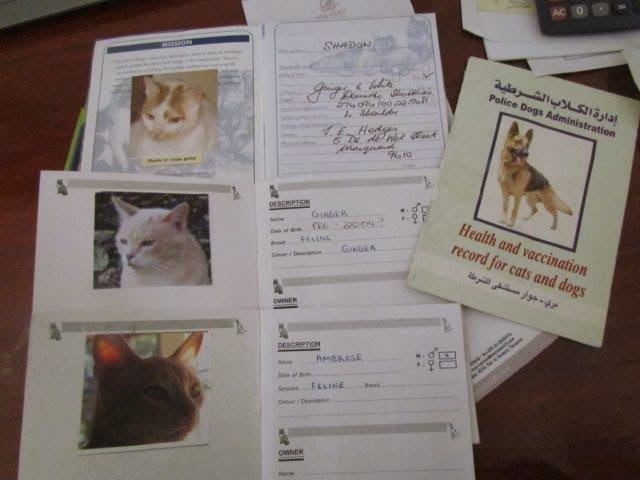 Above you can see our kitty passports: Unca Shadow, Dad Ginger and little ole me, Ambrose. And no, the doggy passport to the side doesn't belong to Princess. It's the first passport Unca Shadow had in a F A R place called Khartoum. There he was treated by a daktari who ran the Dog School. Mum says she has a blank passport for Princess and will use this when the daktari visits her next week. Ooh, I think she's going to meow louder than I did!