Hello Lindy, Aunty Kay and all mum's other blog readers. This is Ambrose and I must tell you about war that broke out in our house!

It all happened after it got dark: I saw a furry thing in the yard and starting hopping from one window to the other. I ran through the house and eventually I stopped in my yoomen dad's bathroom window sill. 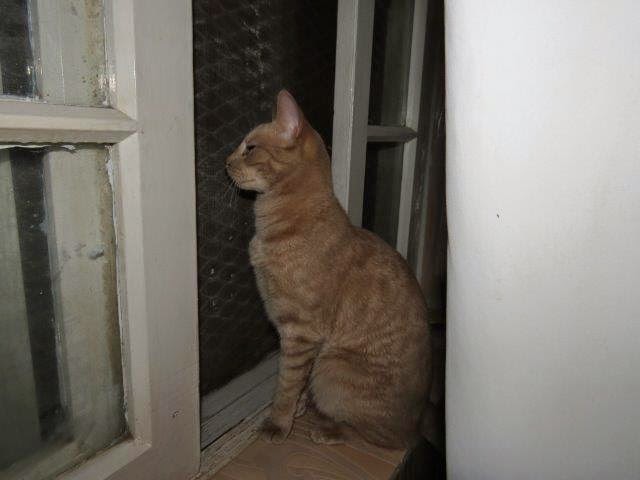 I used my fiercest look to scare the kitty away! (It didn't work!)

Sometime in the night while my yoomen mum and dad were sleeping, Unca Shadow came to see what I was looking at in the window! Just then something moved and Unca Shadow turned and hissed at me. I ran into mum's room with Shadow behind me. He grabbed me and rolled me on the floor. Normally we play like this, but now Unca Shadow was very angry and hissed and snorted while rolling me around! 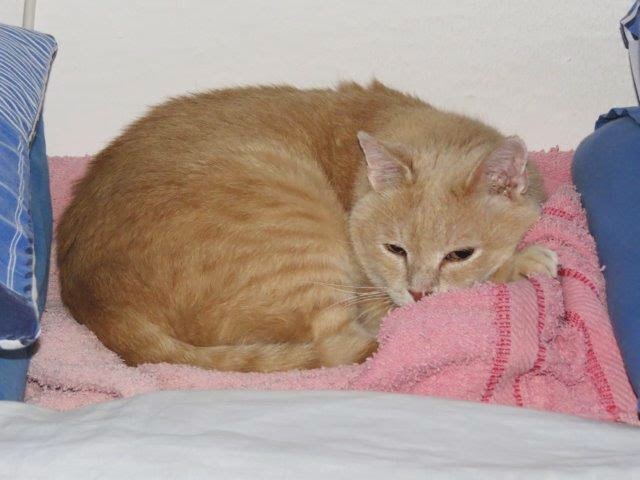 Mum turned the light on and when Dad Ginger saw us, he jumped up from where he sleeps between mum and dad's pillows. And jumped on me but I ran away very fast. Then he grabbed Unca Shadow by the ear and both my dad and Unca Shadow hissed and yowled until mum managed to push Dad Ginger into the bathroom with the broom head. She shut him in for the rest of the night!

Unca Shadow was badly injured with blood dripping onto the floor. When mum checked behind his head, she saw that Dad Ginger had ripped his ear. Poor Unca Ginger. 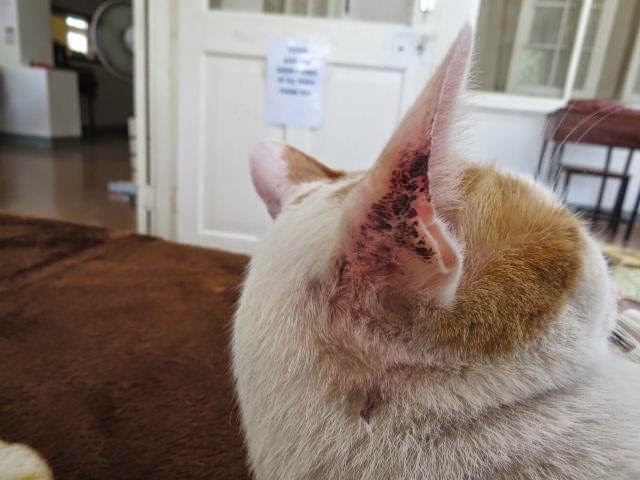 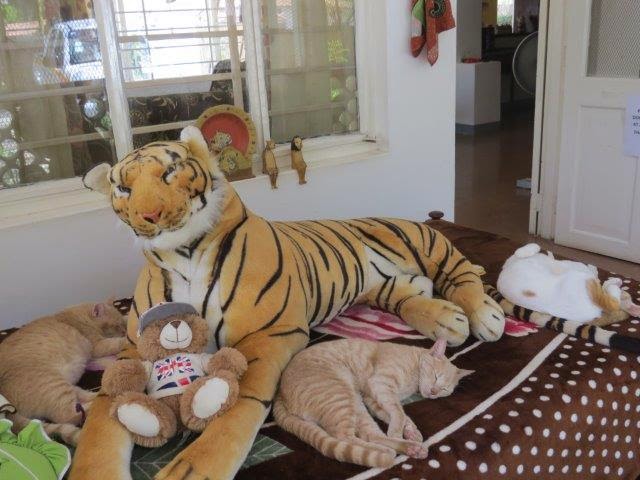 The next morning we all slept together on the day bed, peaceful as always 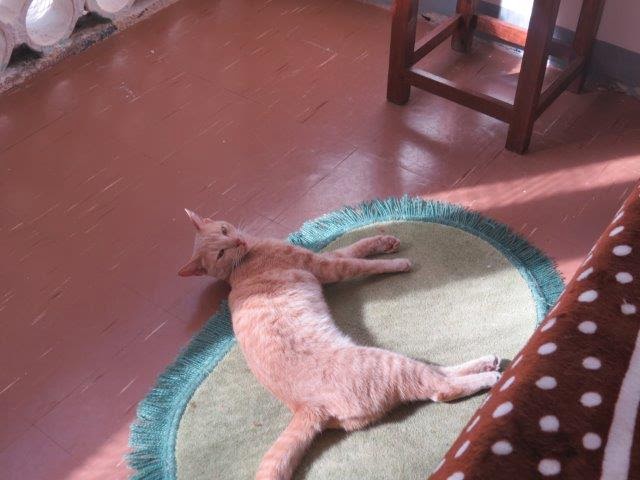 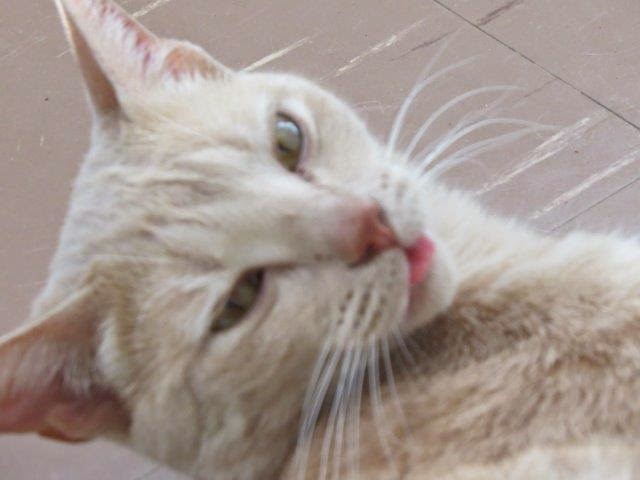 Just to show what a kind-hearted kitty I am, I'm going to post an update about the puppies! 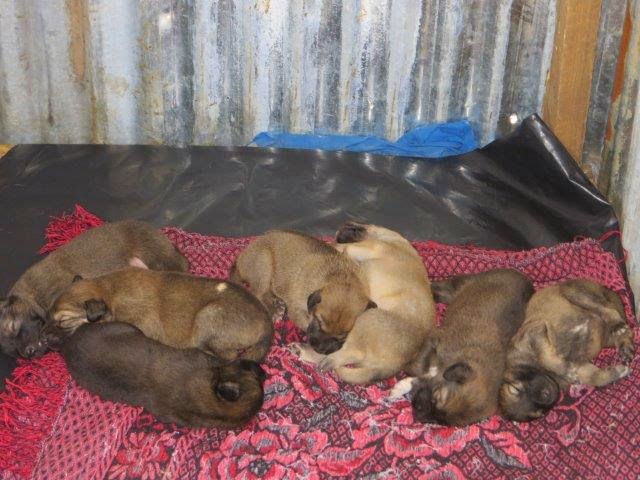 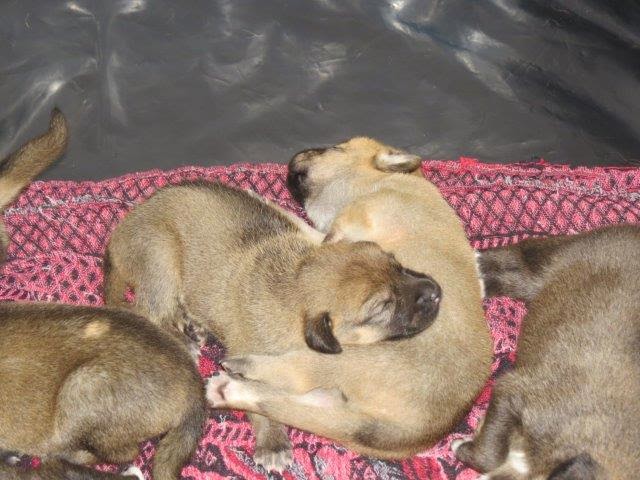 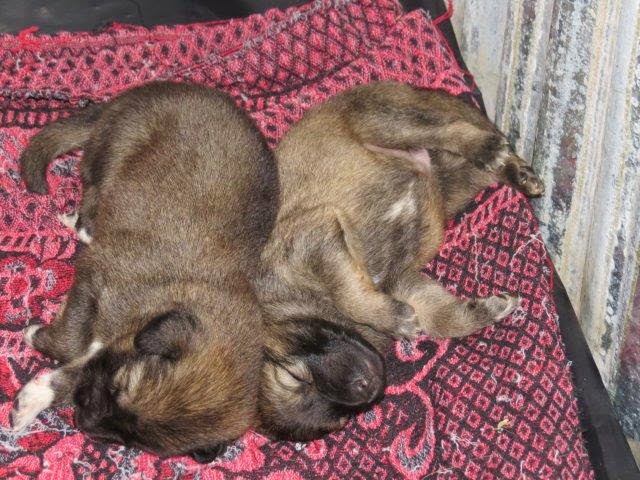 These two look so cute sleeping together

Dad Ginger, Unca Shadow and I, Ambrose wish you all a happy Sunday!