My World - A Quiz in the Country 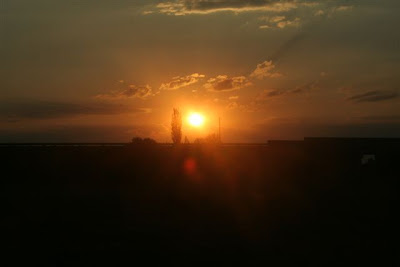 The sun was setting as we arrived at the venue for the quiz
On Saturday evening I attended an annual quiz held which was held this year, in a town called Tweespruit, about 120km / 75 miles from my home. My teammates collected me in the afternoon and together we rode across beautiful countryside, through farmlands to this little town which is even smaller than my hometown.
The sun was just beginning to set when we arrived at the venue. Not wanting to miss the opportunity to capture it I quickly set up my camera and took a few photos. 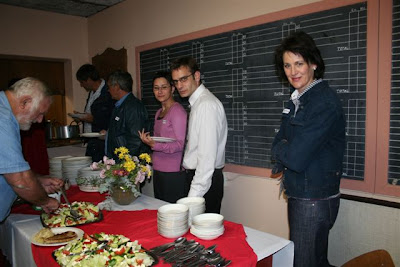 People queuing at the delicious buffet of grilled steak, potatoes and Greek salad. The smartly dressed young man in the photo, was our new question setter. He's the local IT expert and posed many computer-related questions which had the older folk stumped 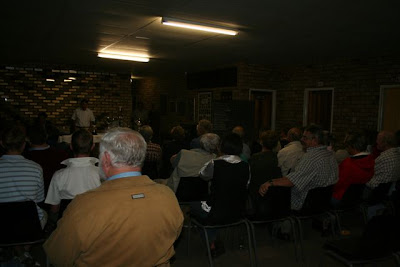 Participating teams, family and friends made up the audience

After a lovely dinner of grilled steak, potatoes and salad, all the quiz contestants, their family and friends repaired to the conference room to battle it out. The annual quiz is contested between four or five towns and last night we had nine teams with four contestants in each team competing. The reigning champions, two brothers from our town, both in their eighties decided to retire after this quiz.

Although the quiz is serious business, it is also a lot of fun. Many of the contestants are getting on in years and are quite deaf. Teammates argue amongst themselves to the amusement of the audience and other contestants. Of course, everybody knows everybody and comments fly around the room as people banter with each other, while constantly being shushed by the Quiz Master! 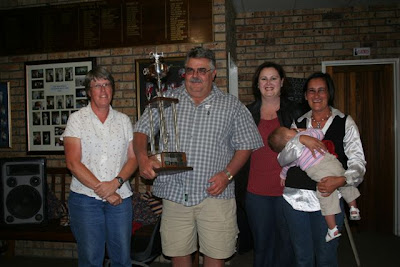 One of the other towns took first prize 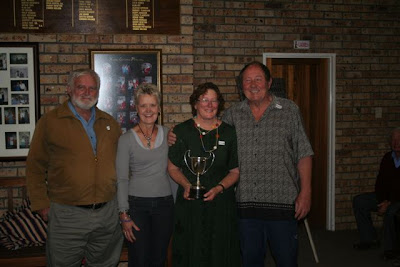 Me (in grey pullover) with my teammates.
The two men are retired sea captains! 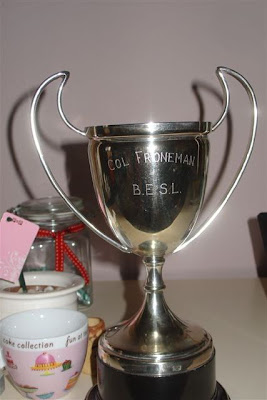 The trophy which I hope I remember to polish
In the end my teammates and I tied with another team for fifth place ;)
Once again a mild argument broke out between my friend, Mossie (which is “Sparrow” in English) and me. Neither of us wanted to take the trophy home because having it means polishing it. I eventually accepted it and have it displayed here in my office. I photographed it and sent my husband a copy. He now thinks he’s married to the smartest lady in South Africa. In his e-mail reply on Sunday morning, he said: “You’re a clever lass. Tell me, how did the rest of your team fare?”
I also covered the event for the regional newspaper. This was a first for the people of the other towns - my fellow townsfolk are used to seeing me at functions with my camera slung around my neck – and once again much joking and teasing as I lined the winning teams up for official photographs.
This is my world...
Take a tour around other parts of the world by visiting http://showyourworld.blogspot.com