We spent last weekend at a holiday resort near Bloemfontein. Angus, Amanda and their two little ones, Joel and Abby joined us. We had great fun watching little Joel on the trampoline, swings, slides and merry-go-around. He also played mini-golf (called putt-putt here) with his parents causing quite a bit of havoc swinging the club around quite dangerously! LOL! 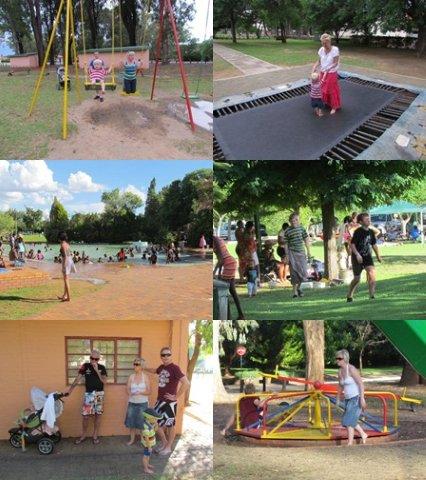 Family fun at the holiday resort this weekend

On Tuesday, Grant and I set off at 4 am to visit his mother in Kwa-Zulu Natal. We had to leave Marquard at this unearthly hour to enable us to reach the old-age-home which is almost 500kms away. The traffic for the last twenty kilometers before Pietermaritzburg is always very congested and this day was no exception. To make matters worse, the rain pelted down from the time we crested the mountain called Van Reenen's Pass which is the border between the Free State and Kwa-zulu Natal.

We eventually reached our destination at 10 to 10 to find mom-in-law waiting for us at the door! She immediately told us how unhappy she was in this home and insisted that we get her back to the home in Durban. *Note:* last year (2011) in September,  she told us she was bitterly unhappy in Durban and insisted we arrange for her to be moved to the present place in the Natal midlands.  We couldn't imagine why she'd want to go to this particular home as it is in a small town off the beaten track and miles from any of us. Grant and I are the only people - apart from Angus and Amanda who made a special trip to see her  last October  - who have managed to visit her there.

However, the upshot is that she will be more central for all of us to get to her, even though it now involves having to move her back to the home she didn't like a year ago!
After leaving mom-in-law with the promise that we'd would arrange her move from this place back to Durban in the New Year, I phoned my brother Phillip for instructions to get to his new home  just off the national freeway. He was waiting at the electric gate to the farm where he now lives with his four-legged family. 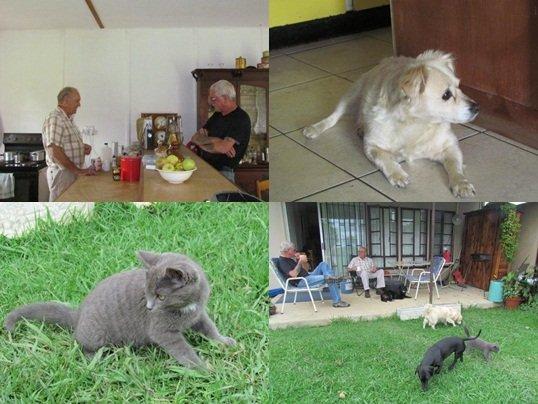 My brother, Phillip's new home and pets in the Drakensberg environs


Do pop over to Phillip's blog here for an interesting read on a wide variety of subjects. Grant always says that Phillip is the best fly fisherman he knows and I say as a historian and recently self-taught photographer, there is much to keep your interest in his blog.

Once we said goodbye to Phillip, we headed up the freeway again. We were on our way to the Drakensberg to spend the night in a cottage with John, Debbie and their precious little family.

From the top: Elijah, Eryn and Bethany, Debbie and John with Israel and finally Joshua

We had a wonderful time of family togetherness and tales of their life in Mozambique while enjoying a BBQ on the enclosed veranda of this cottage.  Next morning after coffee and rusks, we followed John and family in their Landcruiser up to their house on the hill. 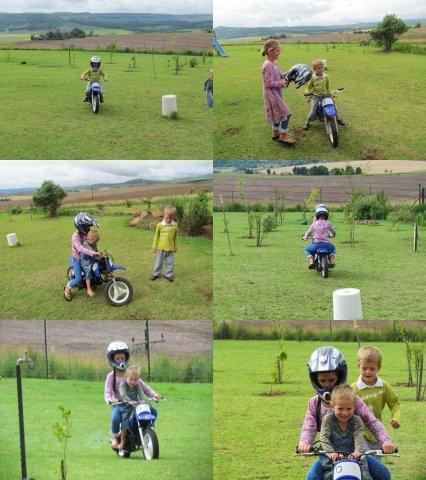 I have tons more photos: I managed to photograph two types of Widowbirds (grass birds) in the Berg as well as a Rock Thrush which I will post about later. We are home in Marquard now again. I am catching up on medical aid claims, correspondence and instructing our gardeners about quite a large change I want to make.

Then its final packing and preparing for our return to Tanzania after the weekend!

Till later, bless you all.