A weekend of Get-togethers in Mwadui

On Saturday, Grant arranged with the Client MD to have a pig-on-the spit BBQ at the club.  Rob, as always roasted the pig to perfection. As Grant was in a meeting on Saturday morning, I assisted Rob in a supportive capacity. I took my camera (what else?), my Kindle and a blanket and pillow for comfortable relaxing on the lounger under the trees!

I also brought my third chef from our Guest House. Amani helped Rob set up the fire (Rob had already started by the time we arrived - no flies on Rob!) and then Rob showed Amani how to tie the pig to the spit. Rob then did all the other preparations. 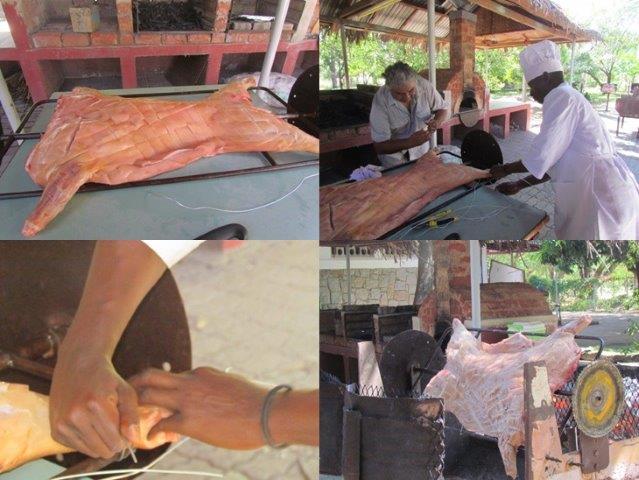 A lot of preparation goes into cooking a pig on the spit!

Rob told me that the secret of a perfect pig spit roast, is heat control. He told Amani to set his stop watch on his cell phone and to turn the pig every so many minutes. He also showed Amani how to baste the pig with olive oil. 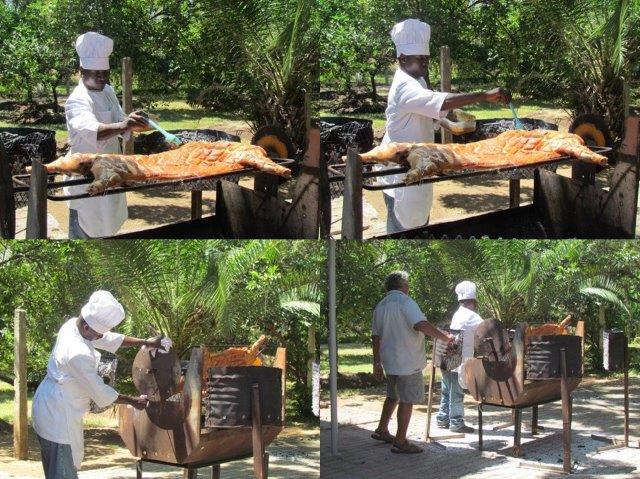 After the valuable lessons learned under Rob's demonstration on Saturday, Amani says he's now able to do us a pig-on-the-spit back at our Guest House! 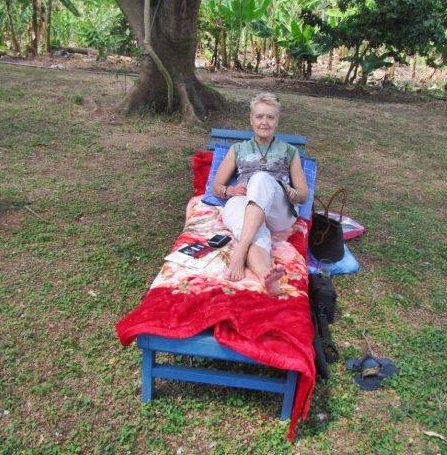 I couldn't be faulted for doing my job as Chief Supporter well! 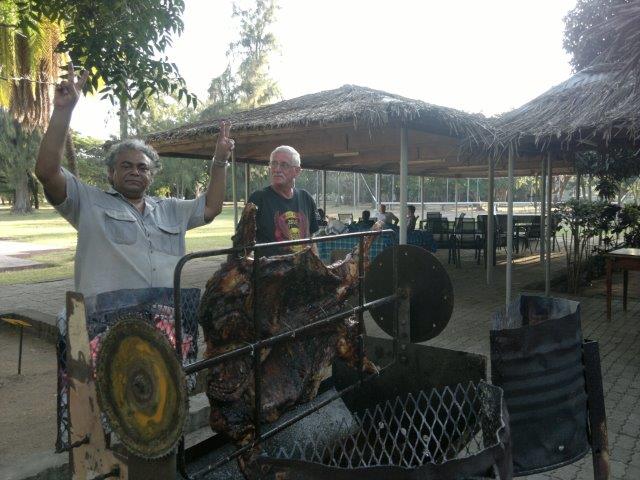 Rob's very proud of the pig-on-the-spit! (And so he should be; he's a maestro!) 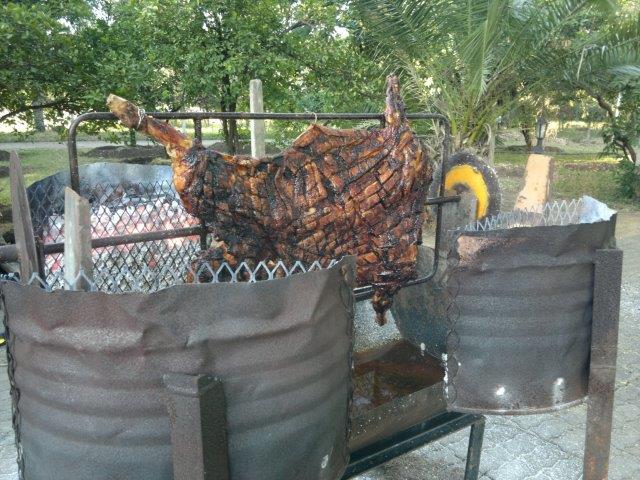 As if that wasn't enough festivity, on Monday Wessel (my helpful IT friend) and his wife, Louise invited all to enjoy snacks and cake celebrating Wessel's birthday! 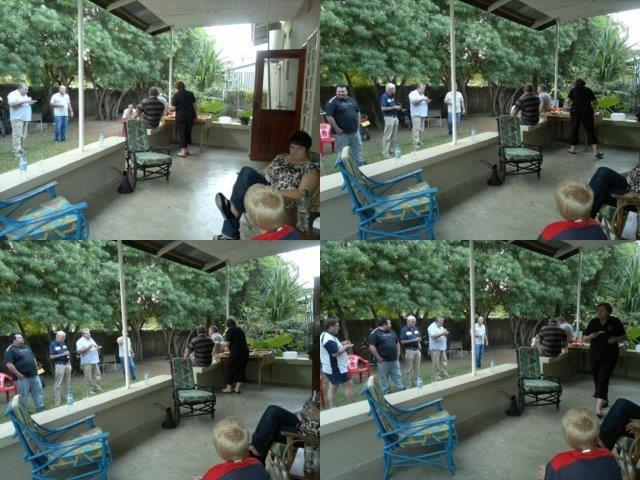 Louise put on a delicious spread of cakes, tarts, savories and a large chocolate cake

I'm a tad late today, but am still linking with Our World Tuesday which you can access by clicking here

Today is also my sister, Rose' birthday. Rose now lives in Sunny Spain and I wish her a wonderful day and year. Happy birthday Rose!

I hope you're all having a wonderful week!
Posted by Jo at 3:01 PM