As always when we're outdoors, I keep an eye out for birds. As always I have my camera ready! Our two-day stay at Cape Vidal within the Isimangaliso Wetland Park, delivered on wildlife and of course, birds.

Sitting on the beach late one afternoon, we noticed a nifty little bird running hither and thither as the tide came in. I took several photos of it with my camera and then photographed the image on the camera screen! This I sent to my sister-in-law, Shelley who identified it as a Kittlitz' Plover. 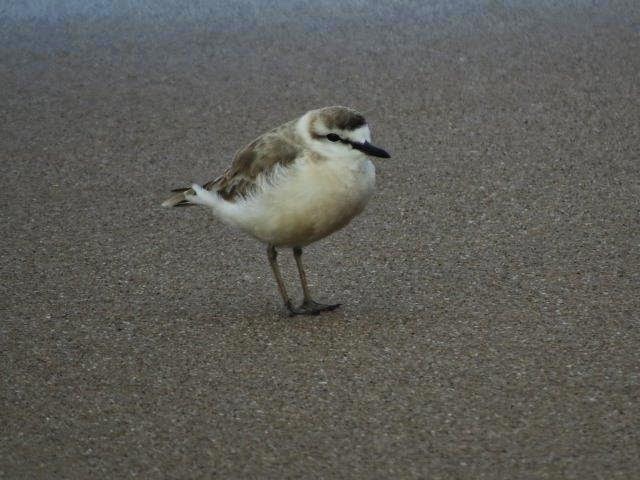 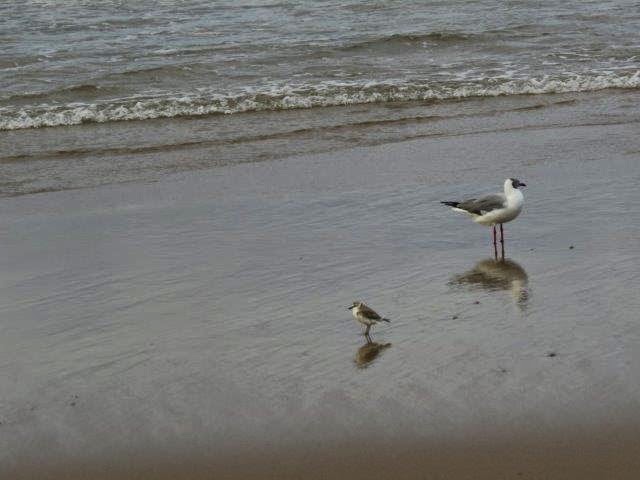 While we sat and watched the birds (and people) on the beach, I suddenly saw a flurry of activity in a group of Grey-headed Gulls in front of us. I focused my camera and managed to snap a parent gull feeding quite a large juvenile! 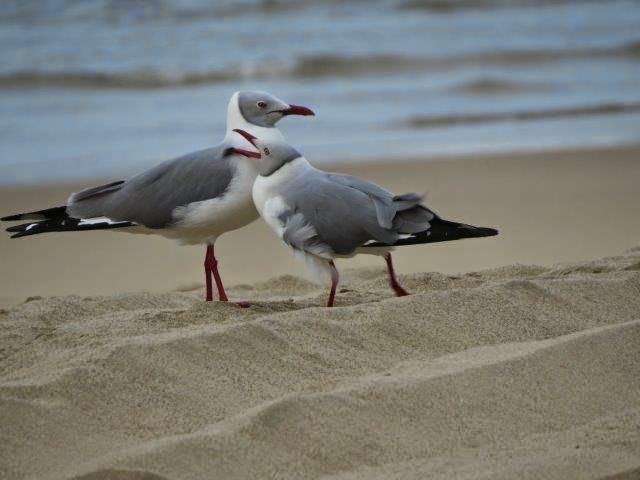 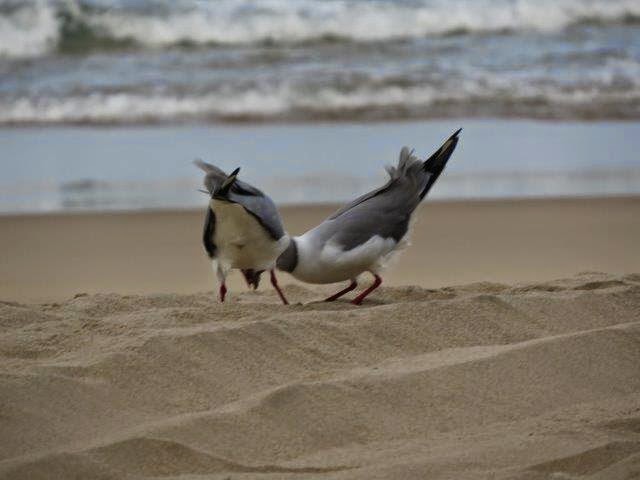 OK, let's see what I can rustle up for your dinner! 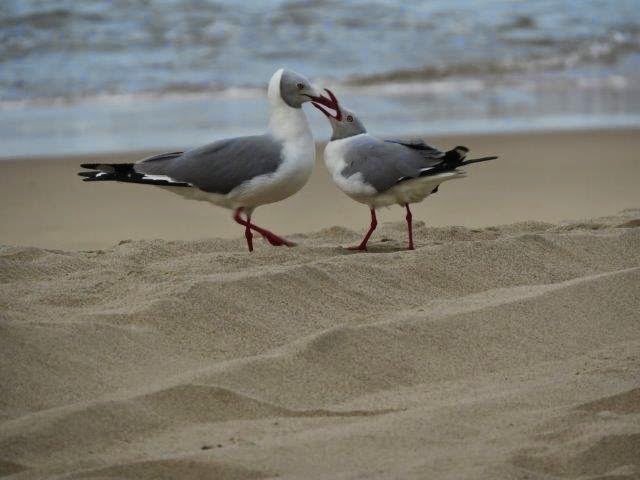 Down the hatch it goes!

During our game drives through the reserve you could stop at viewpoints and get out to see the beautiful view over the bushveld. 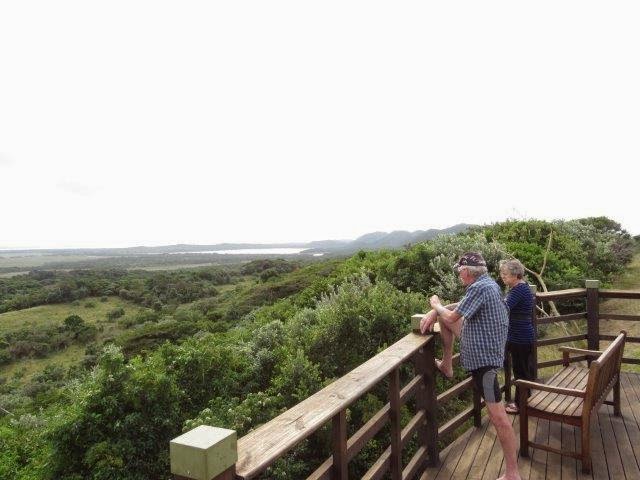 As I finished photographing them, I spotted a hornbill on a bush nearby. 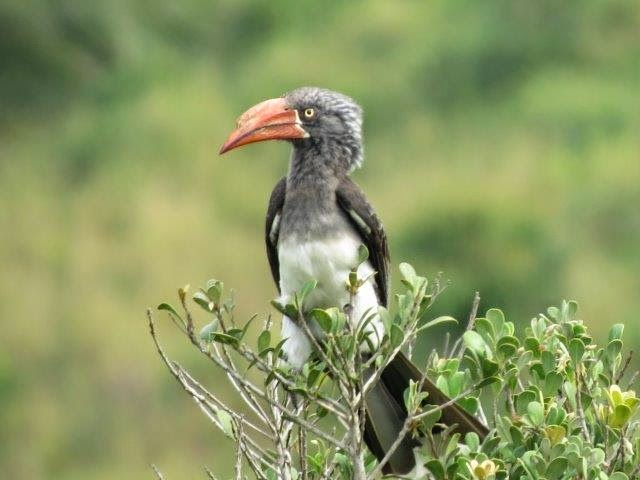 At Cape Vidal there are many loops which you can drive down to see wildlife and birds. We headed off along one and reached a hide overlooking a large body of water. Of course, sitting there, we spotted hippo (too far for me to photograph); a likkewaan/monitor lizard; a web with a large red-legged spider and many water birds.

Apart from photographing the above insects and reptiles, I also snapped heron, white-faced whistling duck, African Jacana and a juvenile of the latter. 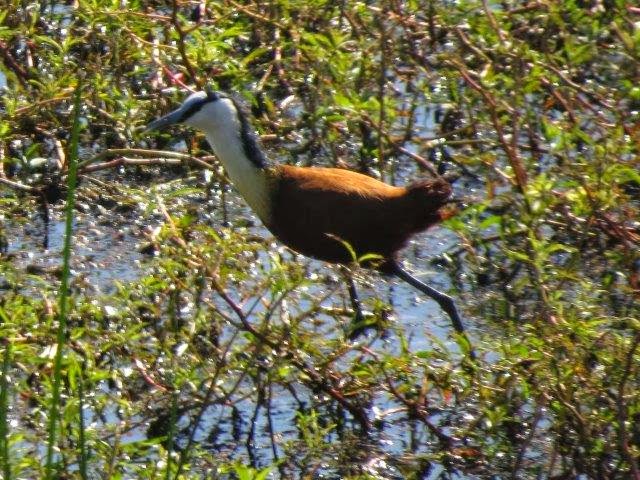 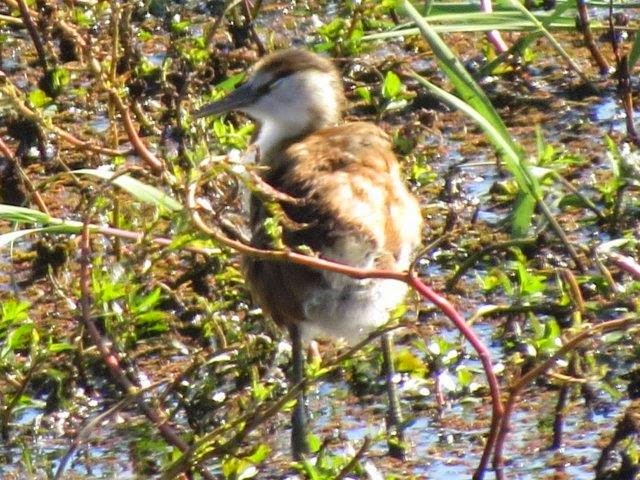 Back at the chalet I spotted a flock of Crested Guineafowl. As we only see Helmeted Guineafowl where down in the Cape and Free State, and haven't had the privilege of seeing this species here in Tanzania, I was thrilled at this sighting. 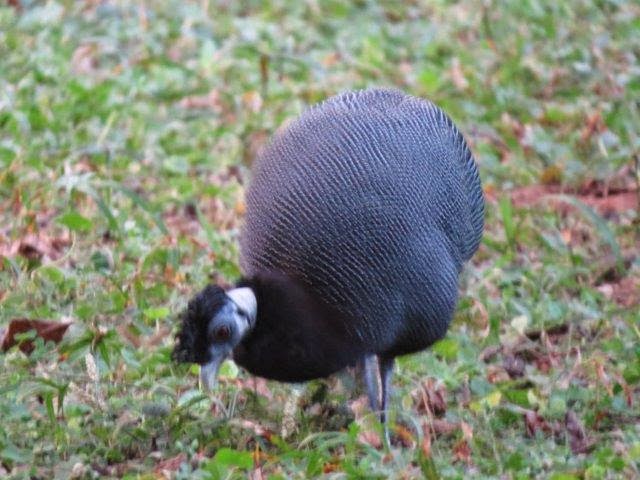 Apart from the obvious difference in the headgear between, the black feathers of the Crested Guineafowl are finely spotted with pale  blue. I've added a pair of Helmeted Guineafowl which I photographed down on the Cape coast while on our bike tour to show the difference.  The guineafowl below has blue-grey plumage with white spots. 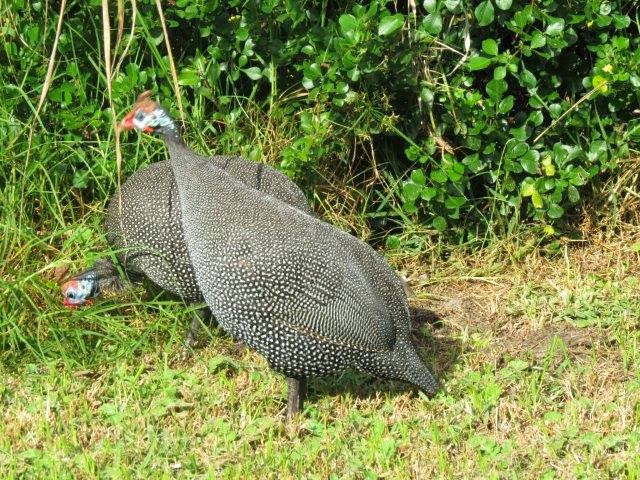 When taking Rina home from Marquard to Parys later that week, Grant took a short cut. It turned out that we traveled 200kms extra on gravel! Nevertheless, we drove through farmlands, (where I took the photo of the windmill at sunrise) and also passed through a game farm.  I took photos of the dassies/hyrax; reedbuck/antelope and giraffe; we also stopped to watch a flock of Swainson's Spurfowl, which are near-endemic to South Africa ! 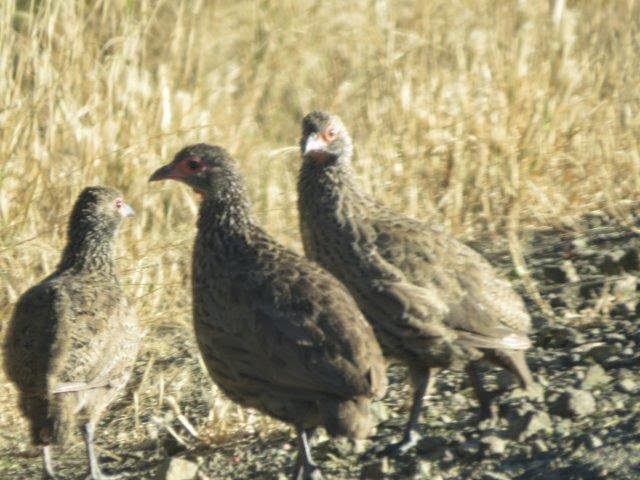