Since Monday evening I have had a dull headache. One of those pains that you know it's no use taking a painkiller to alleviate. I had a restless night, awaking at 1am on Tuesday with the same headache.

Even though I felt lethargic and out of sorts on Tuesday I still went to pottery. Can't miss the togetherness and camaraderie of the other ladies on site. However, I made a total mess of the item I was painting (more about this in a future post) and left the studio by 10.30; this is half an hour earlier than normal.

On Wednesday morning at 6.45, I met friend, Marita at the corner of the street and we power-walked up the road on our 6.5km round trip through town that we do every second day. On the home stretch I started to feel quite weak but made it home without mentioning how I felt. (I never talk about being/ feeling ill!)  I took a shower and as I still didn't feel any better, I asked, William the company driver to take me to the hospital.

Fortunately my doctor arrived soon after I'd collected my file from the reception office and he sent me off to the laboratory for a malaria test.  Robert, the lab technician took a swab of blood with a prick to my finger and asked me to wait in the corridor. I had my Kindle with me and proceeded to settle down for a 45-minute wait.

Exactly three-quarters-of-an-hour after Robert had drawn blood from my finger, he called me into his laboratory again. He said that I had several malarial parasites in my bloodstream. I asked if I could see them under the microscope, and this is what I saw...

Malaria parasites (similar to what's in my bloodstream at the moment) seen under microscope (Image: Google) 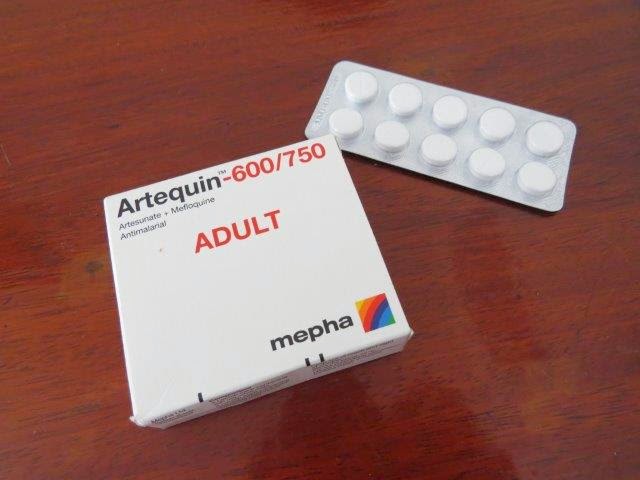 Meanwhile I was hoping to get back to the pottery studio this morning but will probably have to forfeit my outing until I am well again.

I 've made several items since returning from leave last month, one being a mobile which I hope will survive the initial air travel between East and South Africa,  and the subsequent bike trip down to the Cape. It's a gift for my friend, Lesley to display in her beach house on the Breede River. 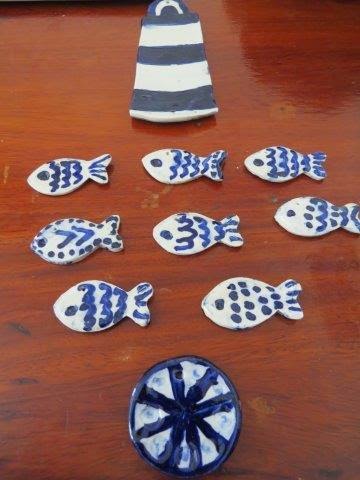 Once suspended on fishing line, the lighthouse, eight fish and ship's wheel should look quite good in a beach house! 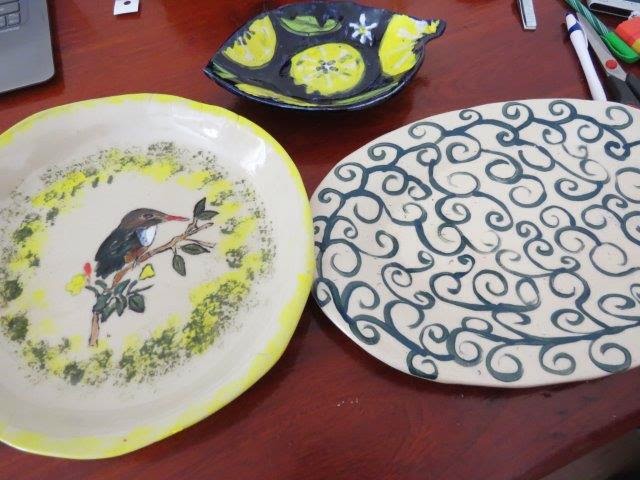 Above are three of the larger items which I made since returning to site a month ago. I have several items waiting to be bisqued and which I will paint afterwards

Here's wishing you all a great Thursday!