The week from hell

From Friday, 9th July to Friday 16th July 2021,  it was as if the world was ending in our small province at the South Eastern point of South Africa. The first unrest began on a national Freeway linking Durban to Johannesburg. The masses torched lorries and car carriers and stoned vehicles. Kzn came to a complete standstill on that first Friday Looters converged on the major cities and carried away fridges, stoves, microwaves, chest freezers, state of the art TV sets  and everything and anything they could lay there hands on. They then also torched or destroyed several hundred buildings and infrastructures. Several hundred large shopping malls, warehouses, container yards and factories were burnt and/or vandalized. One chemical factory damage has leaked into the ocean causing pollution of magnitude and dead animals and fish washing up on the shore. More than 150, 000 jobs have been destroyed through this willful and thoughtless destruction.

Just does not make sense... 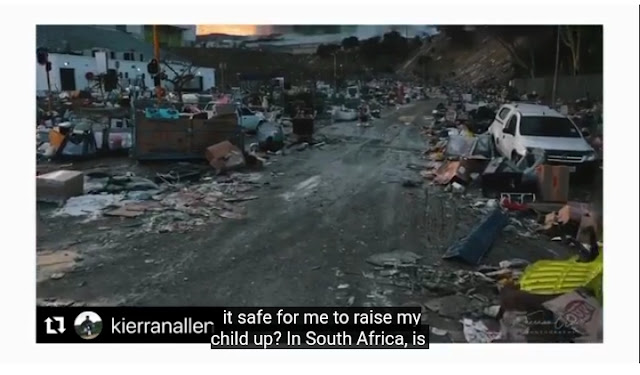 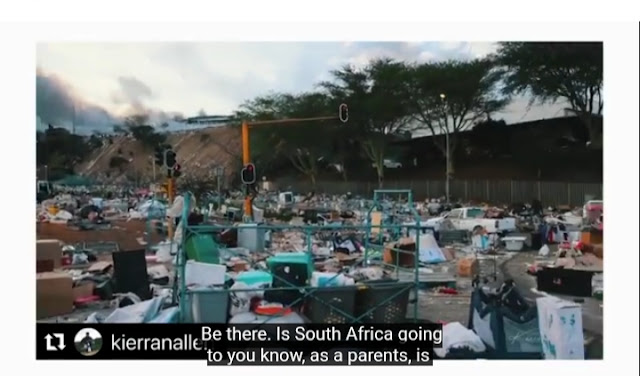 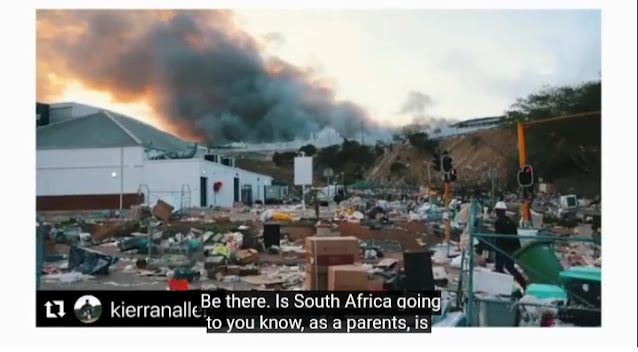 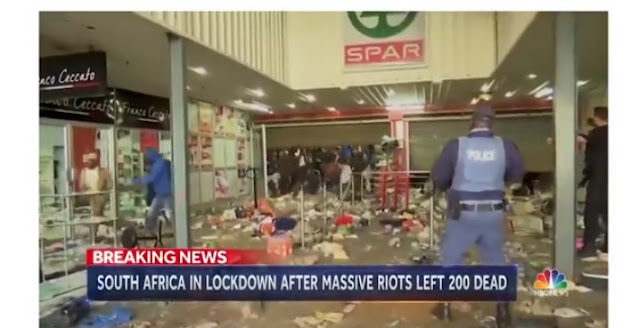 On Sunday 18th July, things had calmed down and the communities lost no time in getting together to clean Durban and Pietermaritzburg. The sights of everyone working together was heartening. 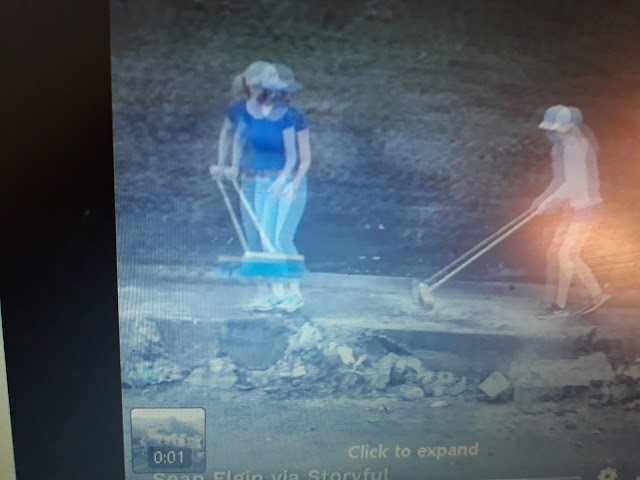 Families came out and helped clean up the cities

Stolen goods were retrieved and sorted. They were then donated to the NGO's 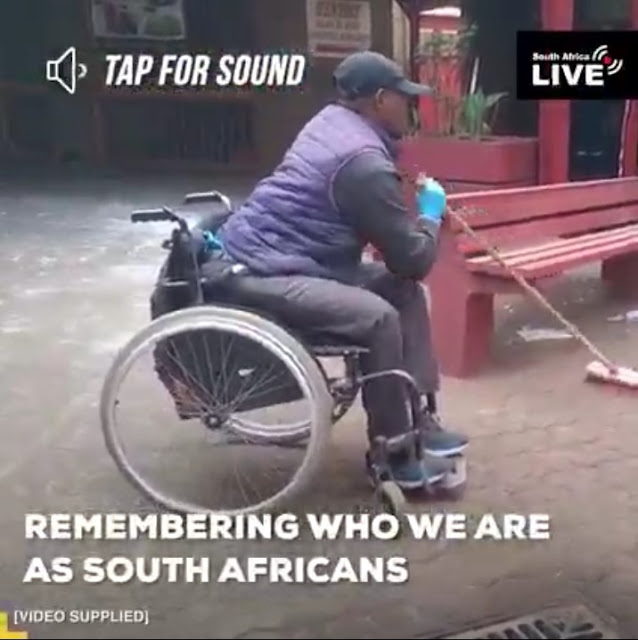 Everyone, absolutely everyone who could, helped clean up the terrible mess 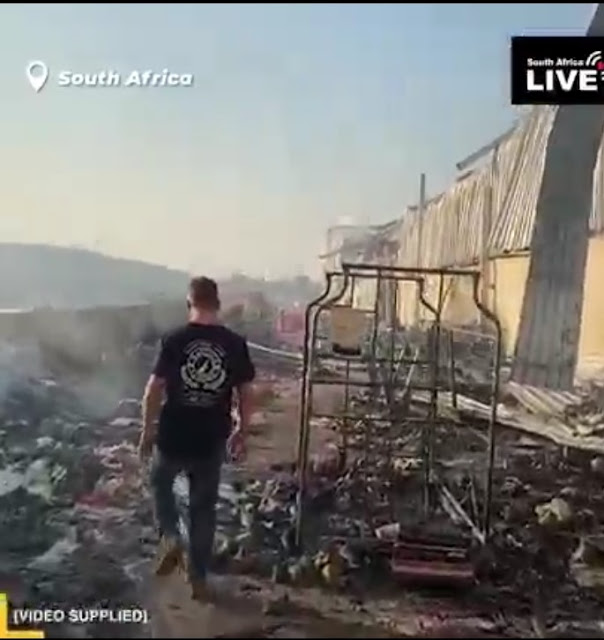 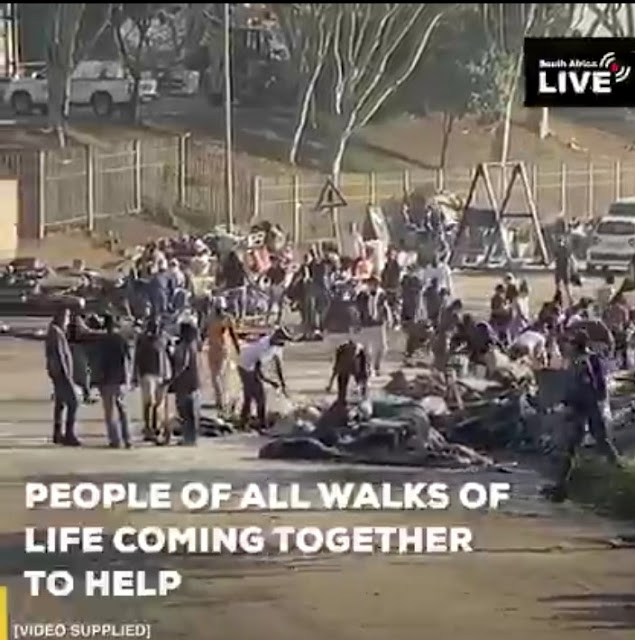 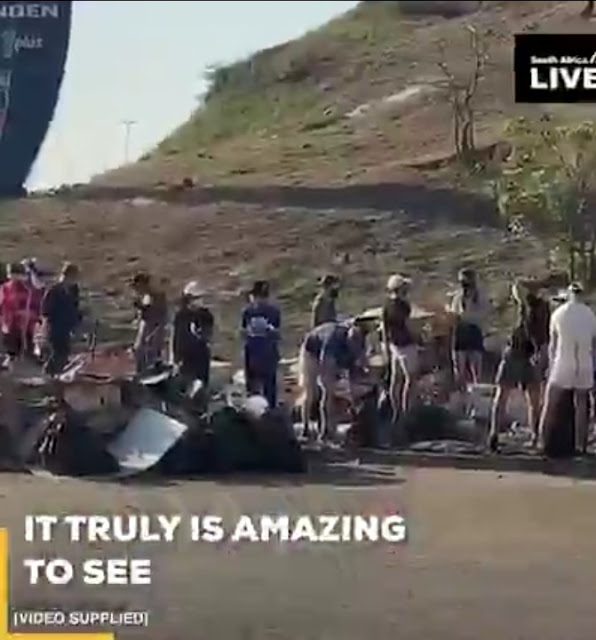 I recognize this area - it was previously a beautiful green hillock adjacent to a filling station . Within  a few short hours, the masses has trampled it causing desertification as well as destruction! 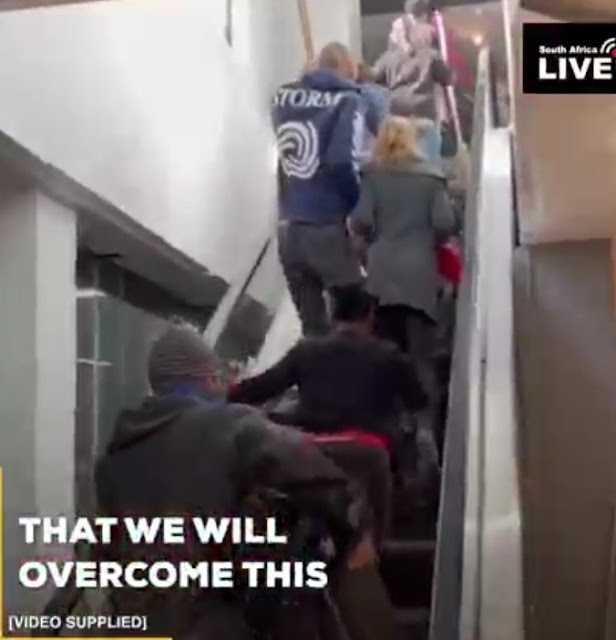 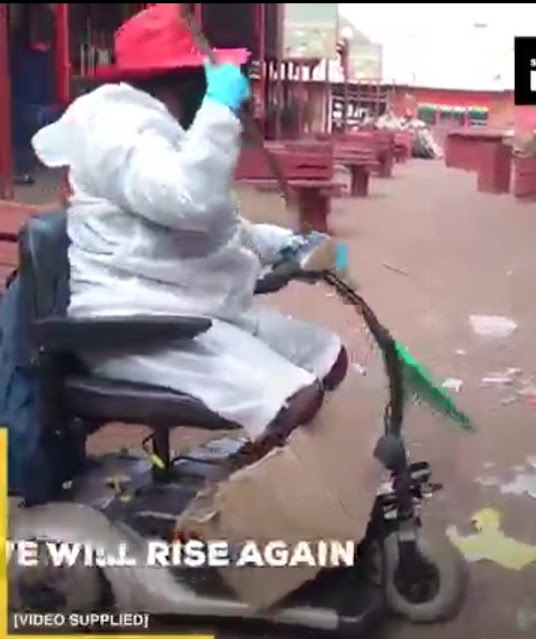 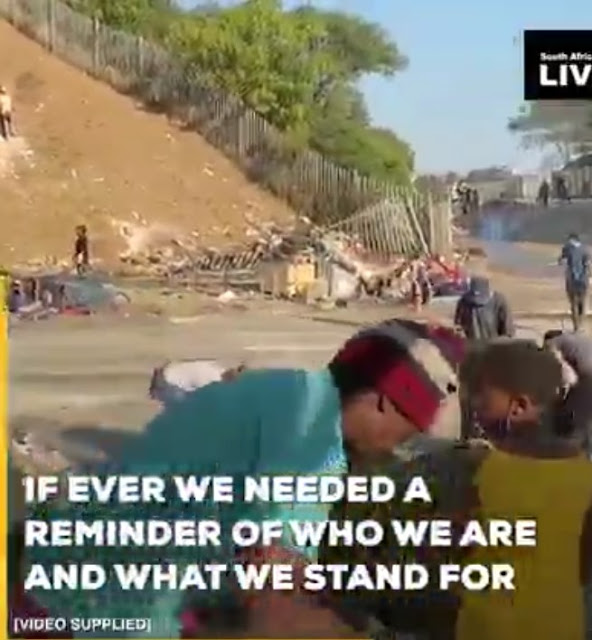 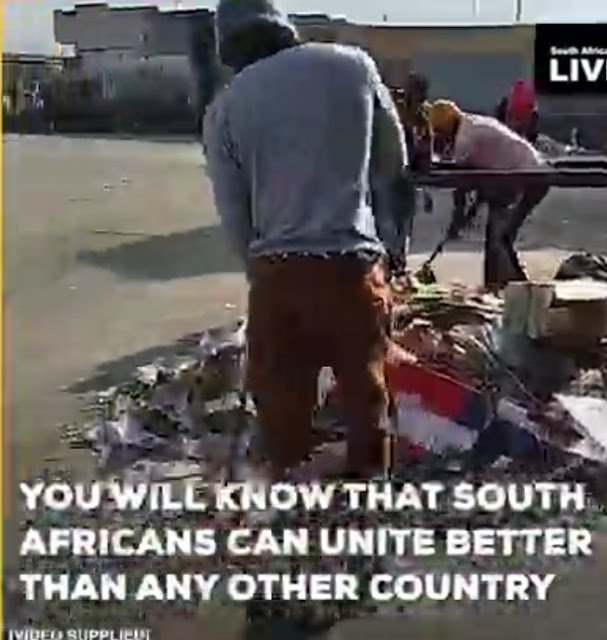 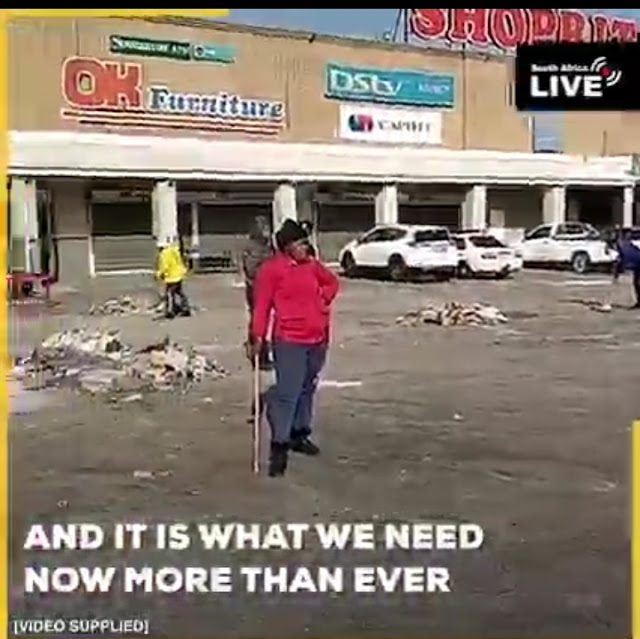 Above shopping center is one of the 161 that was destroyed, ironically normally patronized by the actual people who have now trashed it 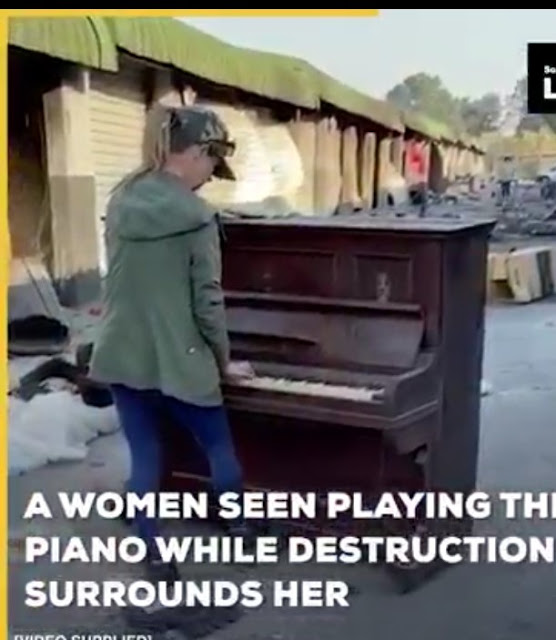 A video of this woman playing the piano went viral, She was interviewed on our local radio station this week. She said she and her family were trying to salvage her brother's stuff which was in storage here. It had all been stolen or smashed. The piano (not hers) was pushed into the alleyway and she said she just began to play.
I had my second vaccination on Thursday. I marveled at how life has returned to normal in a few short days. I was the only white South African in the clinic amongst about 200 people.  I always enjoy interacting with people, especially when waiting in a queue. And every one of the people I chatted to spoke of their horror at the mindless destruction. One man told me that if you grab a looter and ask him why he did what he did, he would merely shrug and say: angazi ("I don't know")
We continue to hope and pray that law and order will prevail from now on.