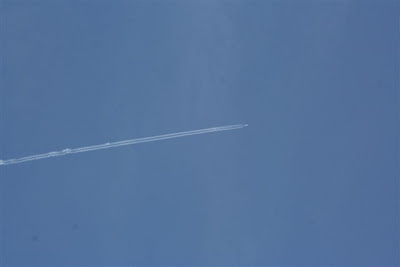 As this post is aired, we will be flying home to South Africa on a three week break. We should have left by 06h35 but the take off is normally thirty minutes late. We have an hour to make the connection in Addis Ababa, Ethiopia and normally do this by the skin of our teeth. The last time we flew out, we were met at the bottom of the aircraft steps by an official who was calling desperately for Johannesburg passengers. Two young ladies, Grant and I were the only ones. He asked us if we had checked in baggage. We only had hand luggage but the ladies said theirs was checked in. At the official's urging, we sprinted across the tarmac, into the airport terminal, past/through queuing passengers, down the escalators, through another hall. All the time, I felt as though we were in a movie scene where the baddies are chased by the police. Only thing: we were in hot pursuit of the uniform not vice versa. Eventually we exited a sliding door onto a bus which sped us to the waiting aircraft. We never saw the young women board our plane and suspect they had to spend the day in Addis Ababa and catch the Johannesburg flight out the next day.

In the light of the narrow time limit, we may be in Johannesburg just after lunch, or we may be in Addis Ababa until tomorrow. Either way, I will only be online again on Saturday morning in South Africa. 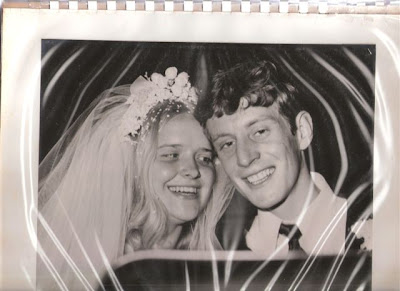 Today is also our wedding anniversary. Grant and I have been married for 38 years. We met at school in 1968 and have made it together through thick and thin. On that momenteous day of our lives, my sister, Rose was my chief bridesmaid. My sister-in-law (then still my brother's fiance) was the other maid while a young cousin, was a sort of in between flower-girl/bridesmaid. Grant's best friend was his best man while his brother was the groomsman. We all look like school-kids in the photos. 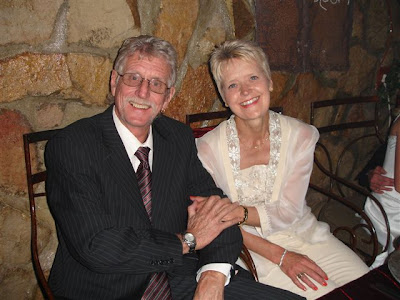 This photo was taken at Angus and Amanda's wedding in 2007. (They are the couple who have just presented us with another grandchild)
Posted by Jo at 4:30 AM