Last week, blogger friend, Sandra said she'd read on a photography blog we should look "lower down" for interesting critters.

This week I did just that and was amply rewarded! 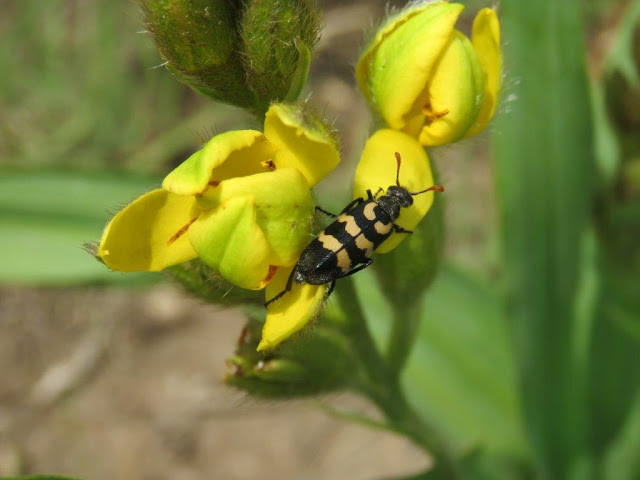 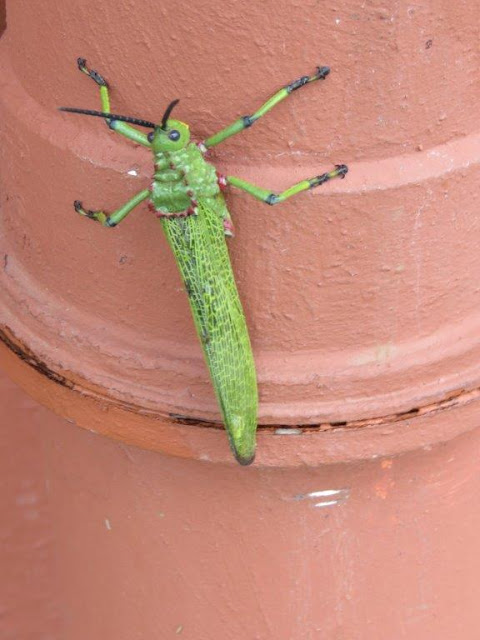 A green grasshopper on a drainpipe 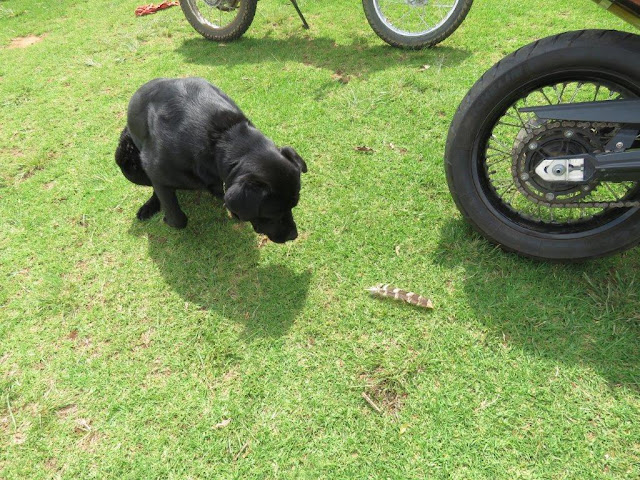 Early one morning when the dogs and I returned from our walk, I noticed Skabenga gazing  looking down at something on the grass 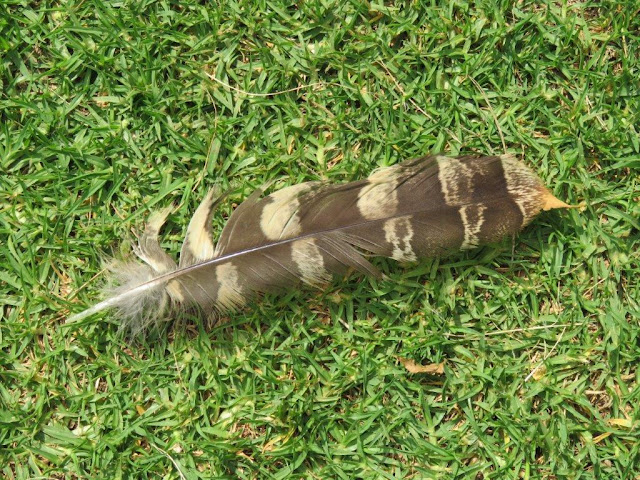 I zoomed in on it and then picked up to show Grant. He identified it as the tail feather of an owl. We do have a resident Spotted Eagle-owl in the garden (not yet seen but heard only in the wee hours of the morning)

While collecting water from the rainwater tank, I looked down (it's a boring job, collecting water) and saw a furry thing wriggling along in the grass. After filling the container, I brought it into the kitchen, grabbed my camera and went back to the tank. 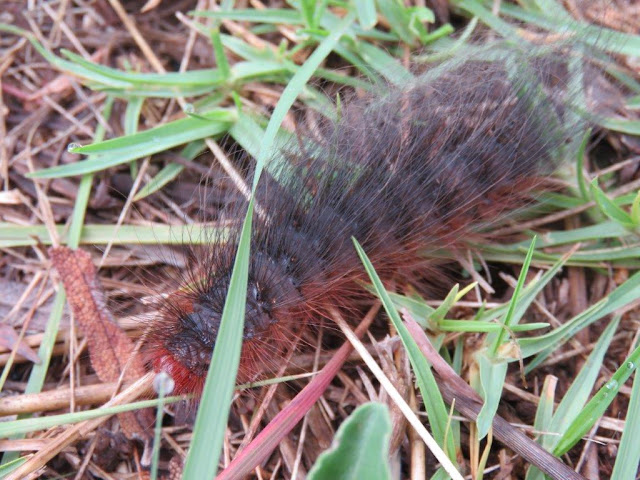 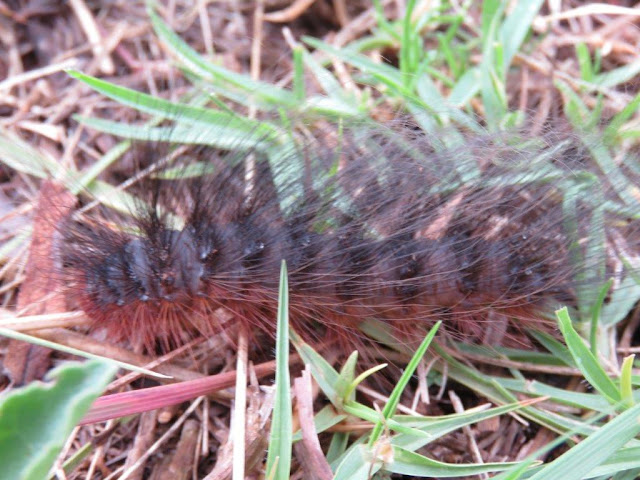 During the day, the dogs and go for several walks; mostly in the line of work - for me - and fun for the dogs! When I returned and came inside, Grant said I had something hairy on my shirt. He flicked it off. I checked closely and saw that it was a hairy black caterpillar. I slid it onto a sheet of paper and carried it outside. I placed it on a small shrub. 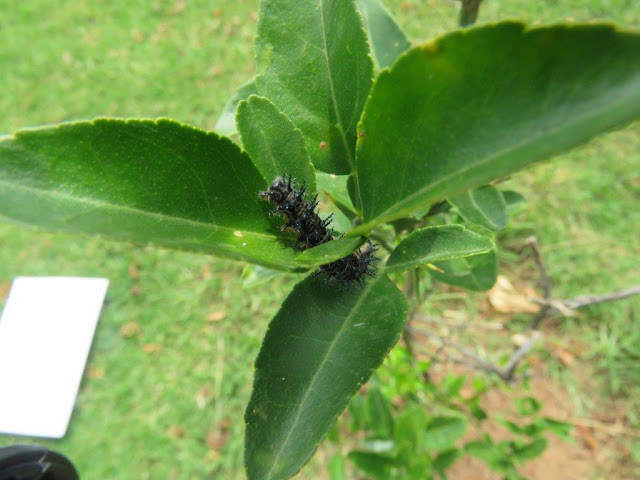 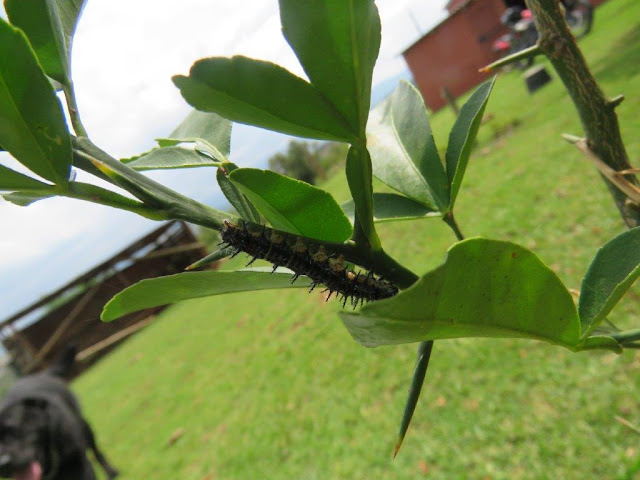 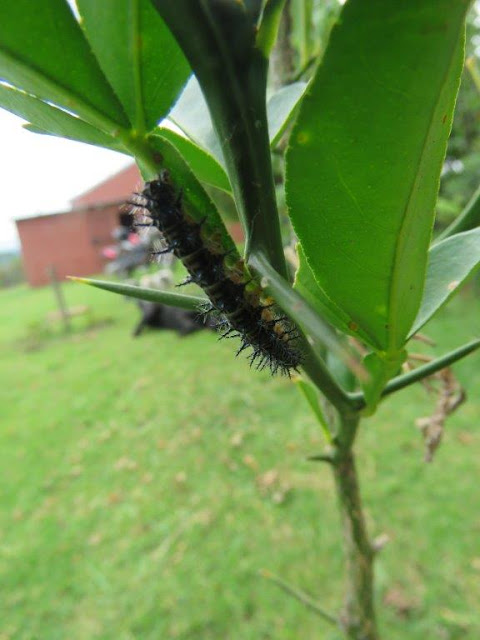 Wishing you all a wonderfully, critter-filled Saturday.
Posted by Jo at 4:30 AM