Last week,. having a chest cold, I missed Parkrun. Today the day dawned clear after three days of rain; I feel 100% better so off I went.

At the entrance to where we start Parkrun, two ladies greeted me in Afrikaans and asked me what the route is like after such heavy rains. I could see they were serious Parkrunners and didn't want to slip and fall while trying to improve their times.  I explained that it's a  mostly dry and grassy track and mentioned where they should take it easy/ They told me they were from Bethlehem in the Eastern Free State and when I said I was from Marquard 120lkms from this town, the one lady said her husband grew up in Marquard. Just then he arrived and we got talking. He told me his surname was Bruwer. and to whom his parents were related (this always counts when ascertaining your origins!) I said I knew an Eddy Bruwer and he said " that's my brother!" I realized I was talking to Karel Bruwer whom I'd known in the 80's as he took my friend's daughter out at the time. He asked who I was and when I told him, he said I knew Grant well. And it all fell into place.  Karel's late mother and Celia, my daughter-in-law, Amanda's mother, who's my sister-in-law, were sisters! So here I was at the Parkrun, literally running into family by marriage! 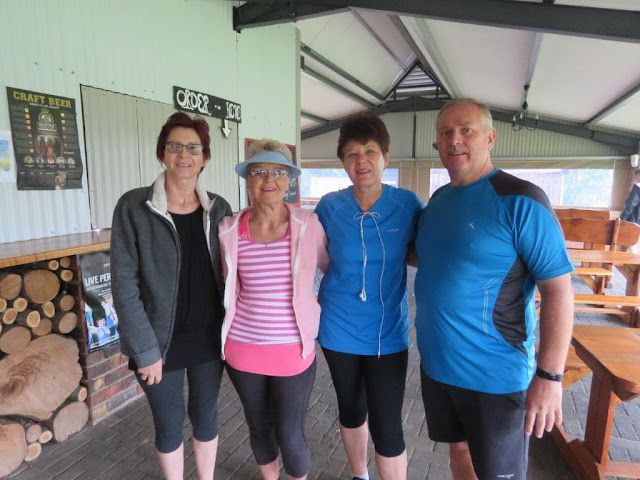 Karel and his wife, Sandra; moi and Koba, Sandra's sister 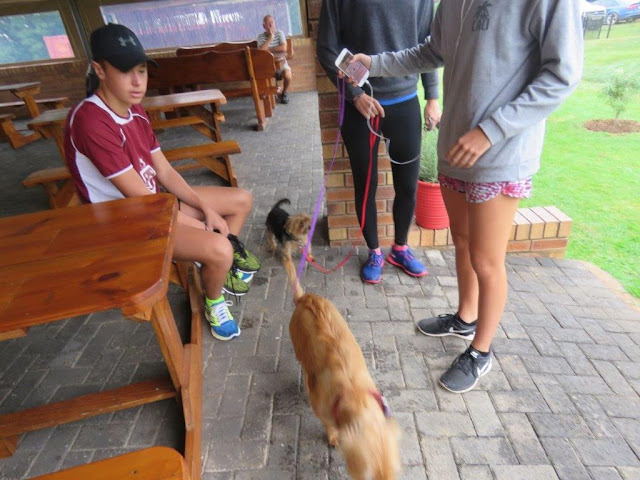 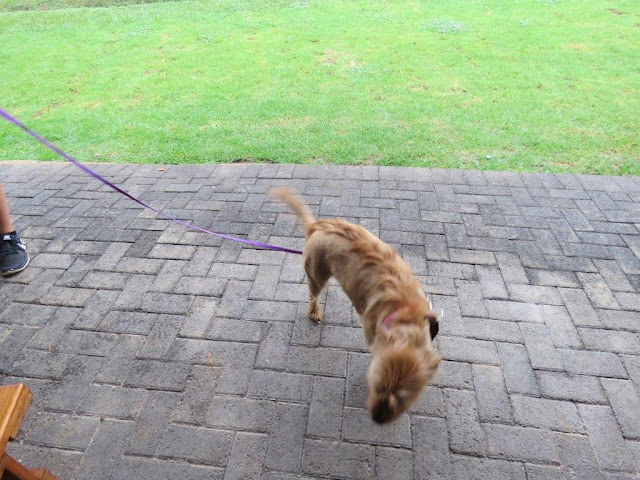 As always, there are four-legged Parkrunners

I started off quite strongly considering I'd been off-color for almost two weeks and had done no exercise. As I was jogging along, I spotted a little blonde girl pass me. Then two little boys and when I saw Valentin hurtle past, barefoot and pushing a double buggy, I realized it was all my grandchildren. Then someone pulled up beside me and said: Hello Mom. John, who'd also had a chest cold and was just taking it easy.

I finished 47 min 55 seconds which was fine for me and soon noticed all my family standing at the end point. 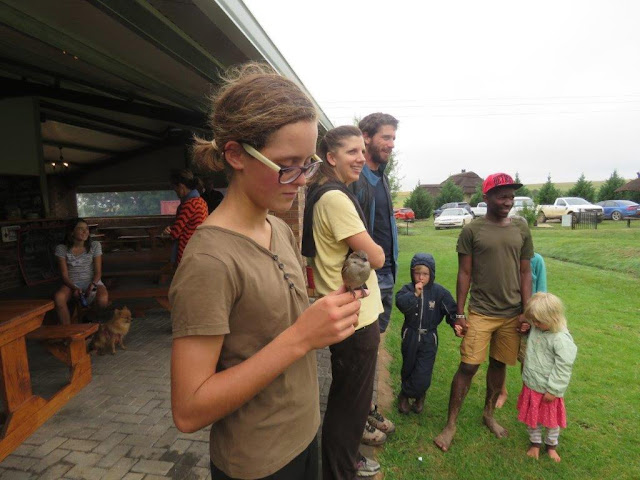 My granddaughter, Eryn with Babes, the juvenile Common Fiscal who also did the Parkrun 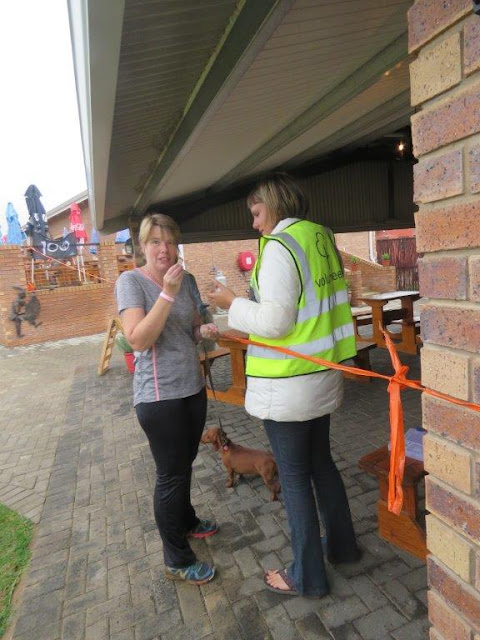 Marelize and Tiger being scanned at the finish 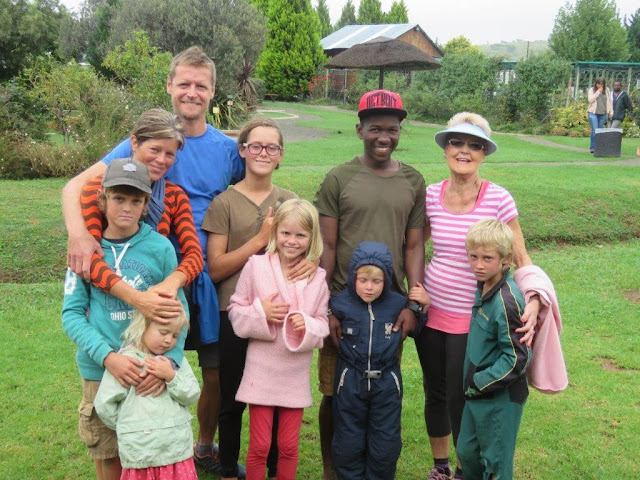 John and Debbie with Joshua and Keren; Eryn and Bethany; Valentin ** and me with Israel and Elijah in front of us

**Valentin is a young Mozambican who has come to study in South Africa and is currently staying with John and Debbie on the farm.

HAPPY SATURDAY TO YOU ALL!