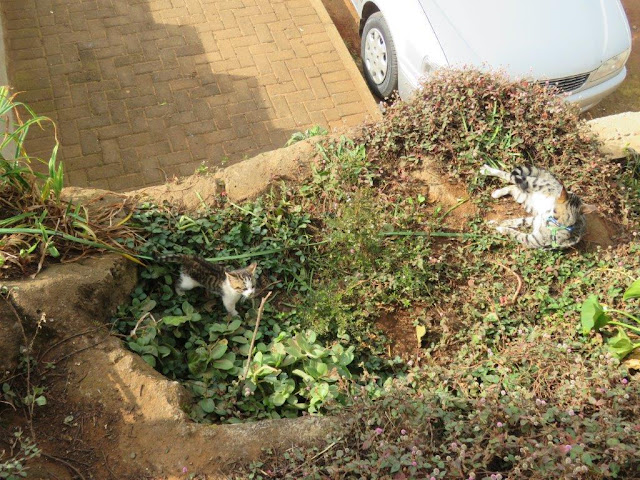 Yes, you're not seeing things; this is the newest addition to the veranda. The little guy in the garden with Missy, was found with his sister on the side of the busy road running through the valley. Their mother had been killed by a car. Colette fetched both kittens from a kind-hearted human who was keeping them at another small shopping complex. The little female only stayed with us for a day when a couple from Cape Town saw her and offered her a home. The little boy kitty (no name yet) is still with us. 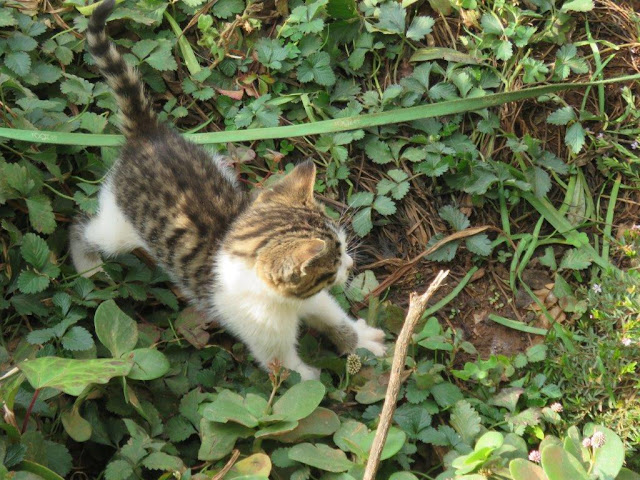 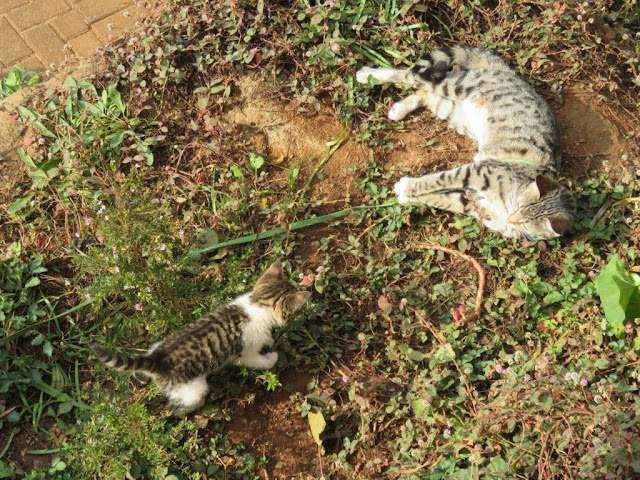 Missy, who took about three days to get over her operation, is finally returning to normal. She first hissed at this little boy, but now seems to have accepted him 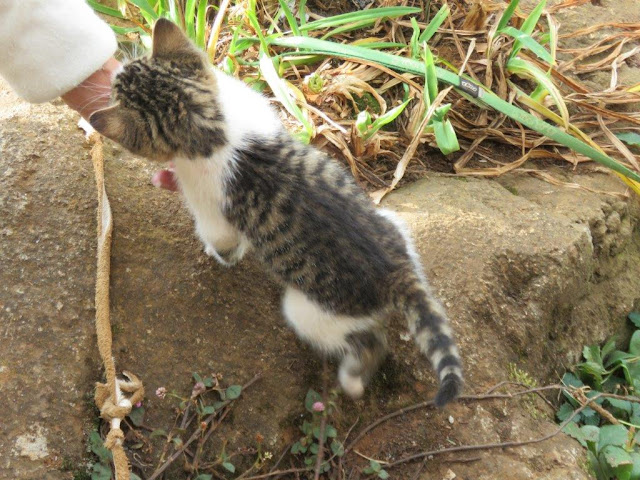 We gauged his age to be about three weeks when he arrived here. He's been with us two weeks on Friday. He still quivers and wobbles when he walks along the floor 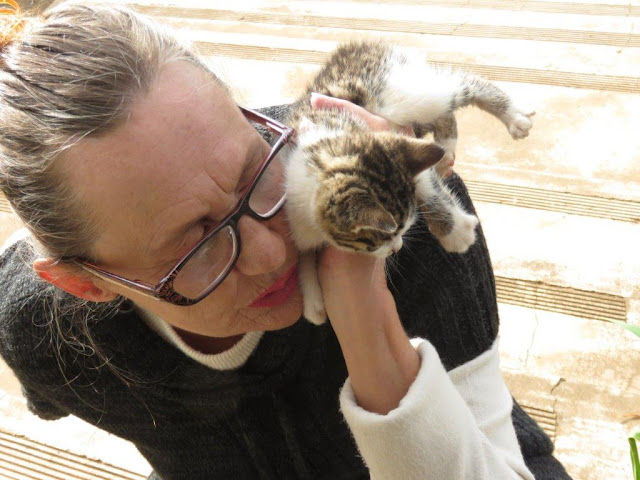 Charmaine picks him up for me to get a better photo. But he has other ideas! 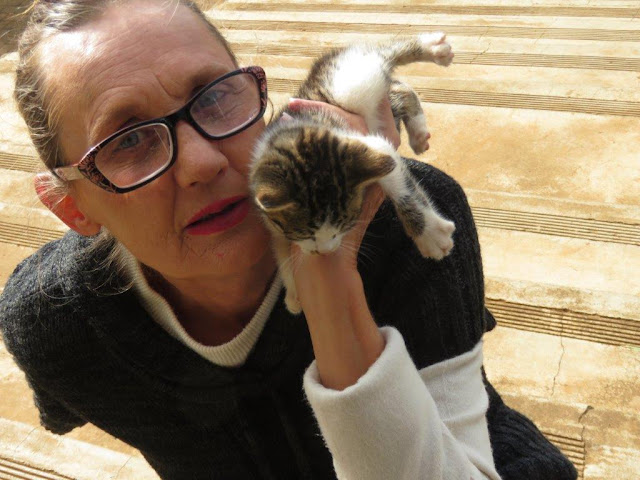 Already so confident and demanding attention from his human slaves!

Later the kitten was returned to the bathroom where he sleeps during the day (he spends the nights with his older kitty friends in the shop) and Missy and Lips cuddled up on a chair in Colette's African hides and leather shop. 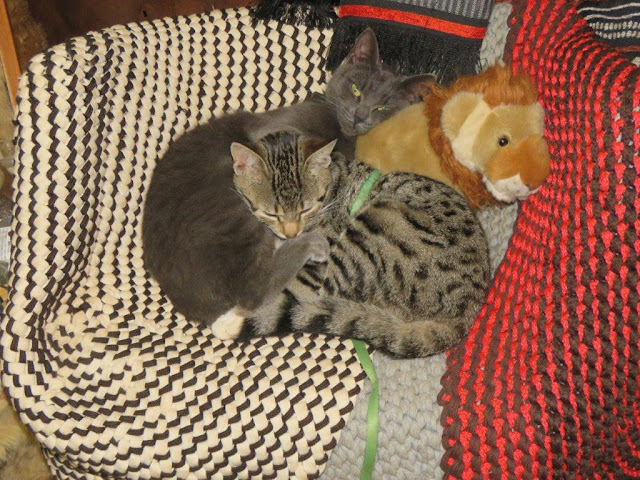 Missy and Lips curl up with Leo the Lion 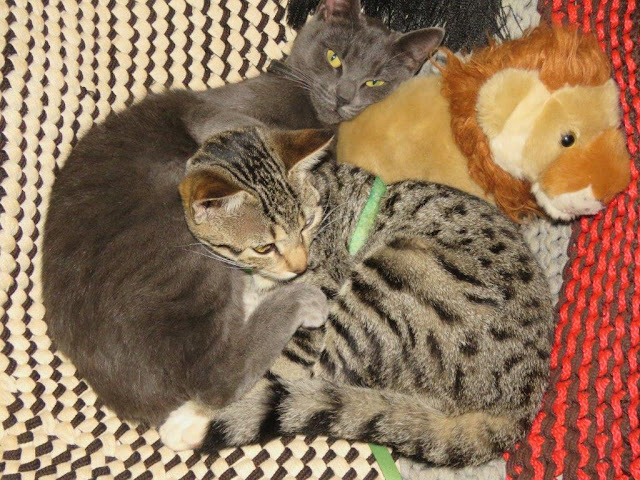 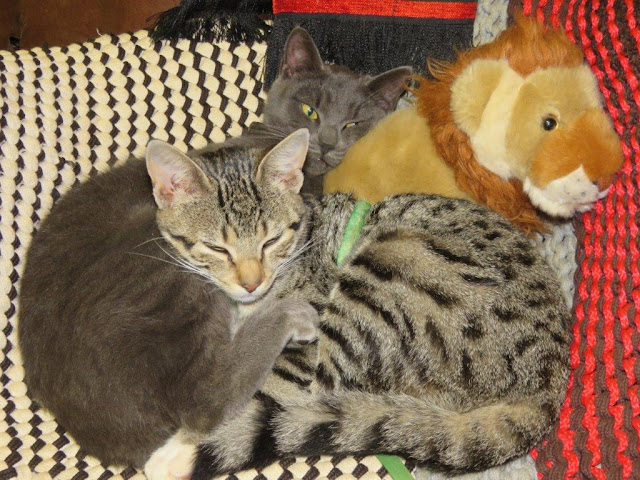 It's difficult to see where one cat begins and the other ends!