I haven't posted about Missy and the other shop kitty, Lips in a while. But this week, the two little girls visited the vet in the nearby town of Winterton. It was time for them to be sterilized.

They both sleep in Colette's African leather and hide shop. It was Colette's day off on  Monday so I helped Miriam to remove the food and water before  she closed up at 4pm. Tuesday morning at 7.30 Colette put the two cats into a cage (they were not impressed!) and drove them to town.

Charmaine and I waited with bated breath at 1.30 when Colette was due to return with the now patients...

Oh dear, when she opened the cage two very woozy kitties emerged. In fact only Lips emerged while Missy had to be helped out. She cried piteously when I lifted her out and placed her on a leather-covered pouf. Colette had settled Lips (who hadn't reacted so badly to the anesthetic) onto a futon which was lined with Colette's dad's sheepskin-lined jacket.

We settled them in for the night and this morning only Lips came to the door; a little wobbly but alert and ready for the chopped raw chicken livers. We searched for and found Missy behind a hide on a soft cushion. She wasn't interested in any food. Instead, when Colette opened the shop door, she limped our onto the veranda. I took her to her favorite spot on the steps in the sun. But she was having none of that either. She gingerly slid down the rock into the garden and settled in a spot of her choice. Of the two, Missy took the operation the worst. 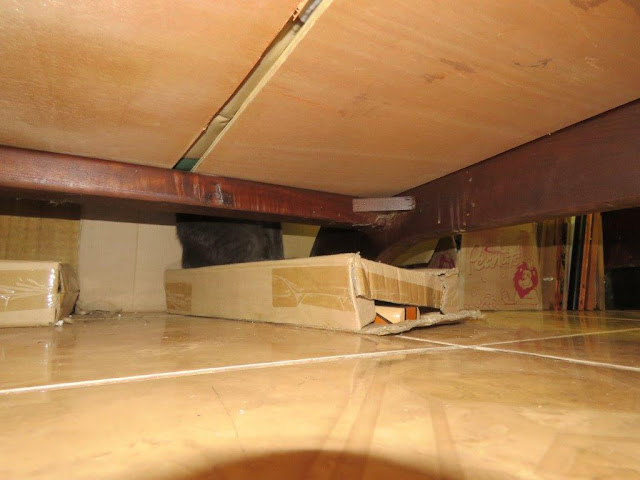 Although Lips has been out into the garden, she has retired to her "safe" spot. On a box under a sofa in Colette's shop 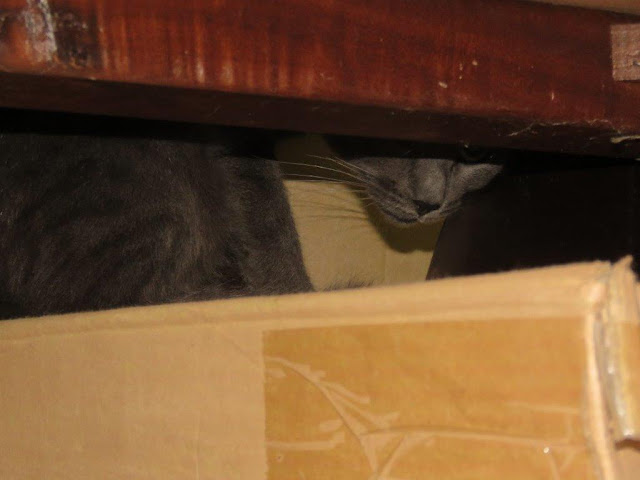 Here she peeps at Mama Jo taking photos (as always!) 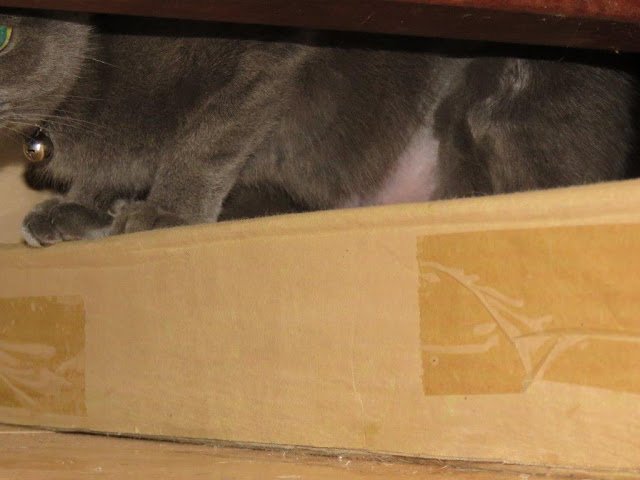 The shaved tummy shows where Lips had her op 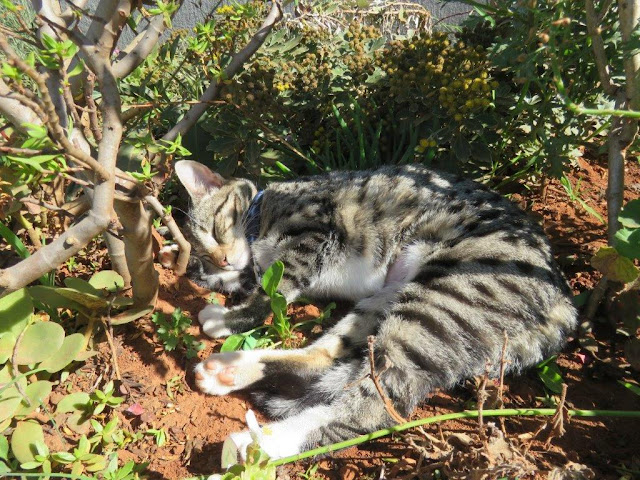 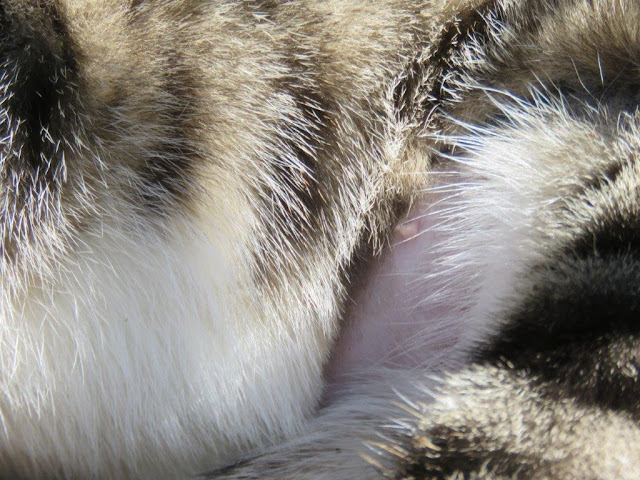 The saved area on Missy's tummy showing her operation site 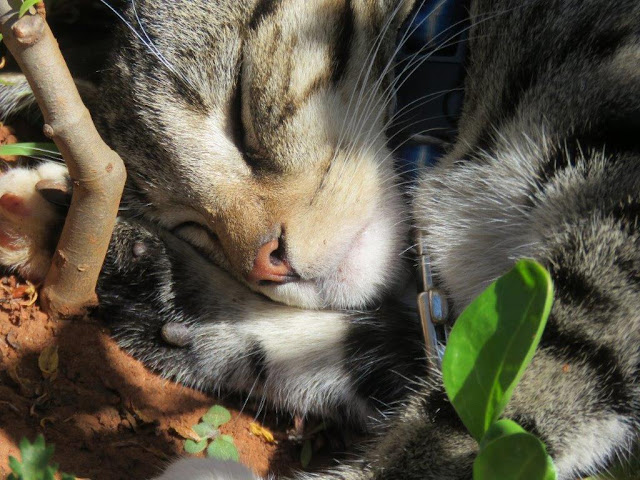 She's having no truck with humans whom she trusted and yet they sent her off to be hurt. Poor kitty! 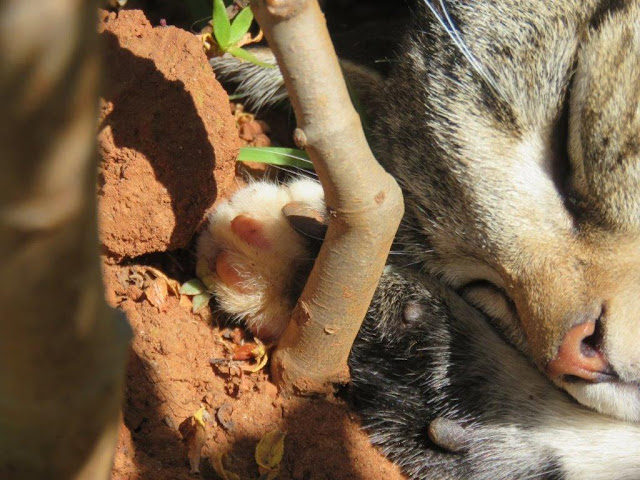 We hope and pray the two little girls will feel better by tomorrow. More later this week...