The boy had his thrice-yearly shave and grooming on Monday. We have a travelling grooming team who come from Pietermaritzburg. Gavin and his team of dedicated Zulu men groomers have a pop-up salon at the home of Terry. On that day, Terry, her husband Roy and their teenage daughter Tenaka work just as hard as the team of groomers, welcoming owners with their woolly pets; opening and closing gates and swiping card payments after the job is done.

Skabby's appointment was at 3pm. I left him on the lawn with a wire cage over him... tongue lolling, and watching the many other poochies being bathed, clipped and groomed. I live 13km from where the grooming takes place and Terry said to go home; she'd phone me when he was ready.

At 5.15 Terry sent me a WhatsApp saying my furbaby was ready for collection.

He looks super cool and is super cool. He has lost quite a bit of weight (even before his lumpy chin issue) and looks ultra slick as well.

Last night he had been lying in the shade under the plumbago bush in the garden. When he emerged to come into the house, I noticed he had little blue blooms on his smooth and shiny head.

Of course, as soon as I focus my camera on Skabby, he gets coy, I kid you not. Eventually I managed to get a decent photo of his flowery head. 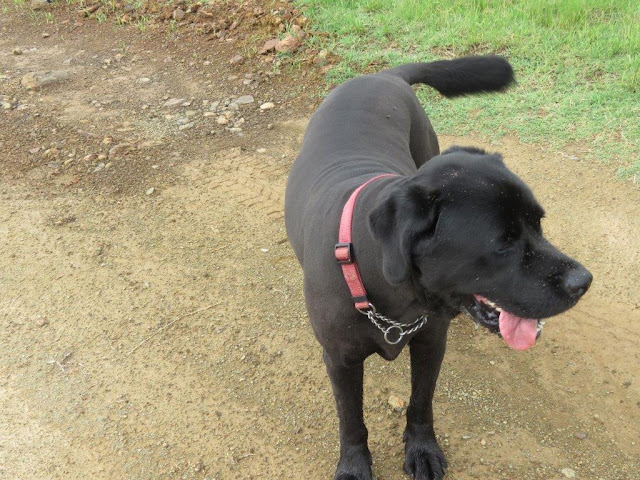 Such a cool lad! 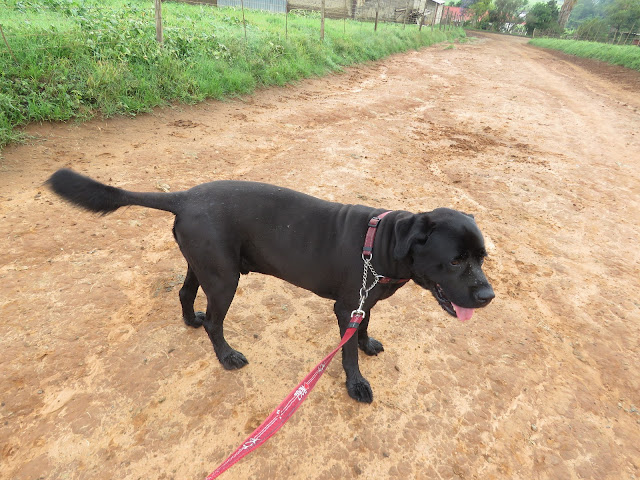 On our way to the dam 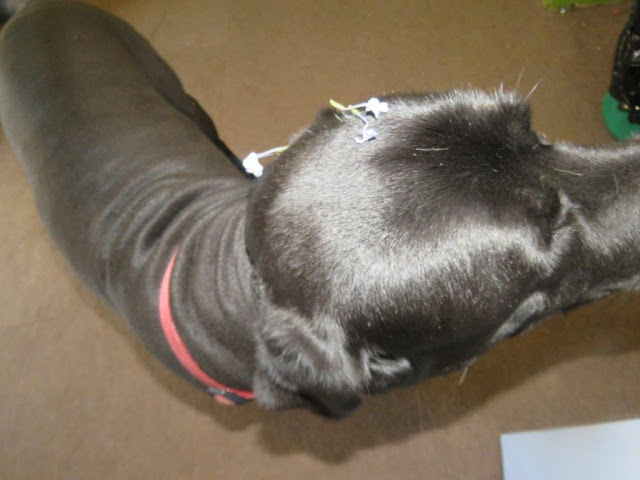 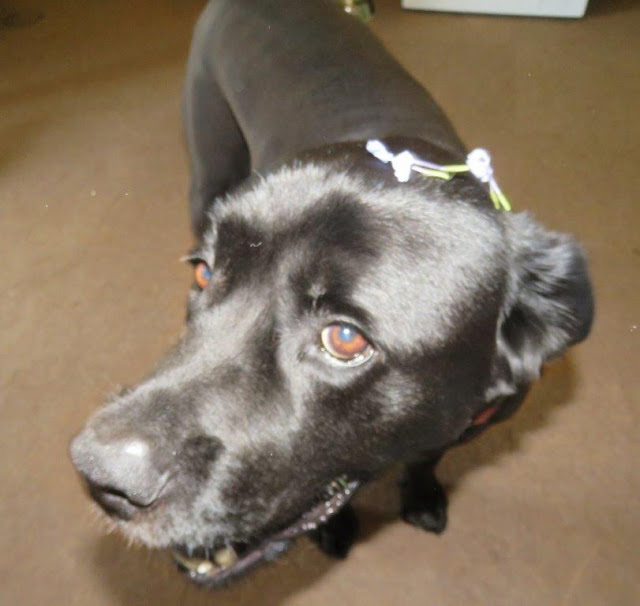 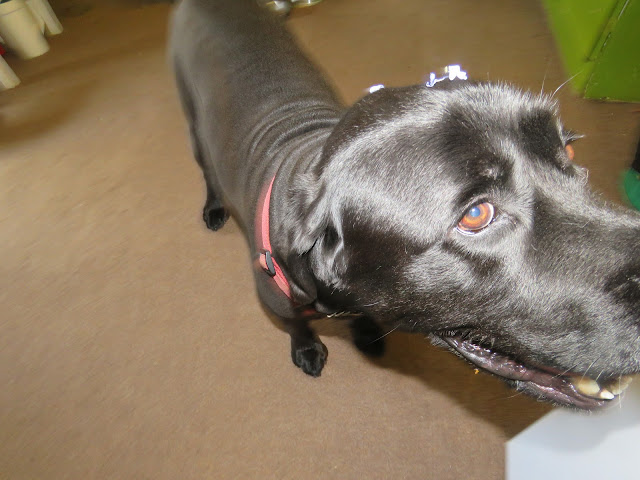