Good morning, dear Blogger friends. I recently discovered the real name of Agony Aunt, Anne Landers was Eppie Lederer.   I grew up reading Anne Landers advice to people who asked for it.

Mmm, I find that many a time, when people need something done, they say: "Ask Jo." In the case of Georgie being rescued by my neighbor, when she brought it home, she and her husband stood at the gate of their large property, behind which their 16 dogs were baying fit to deafen humans, they knew they couldn't keep Georgie. They looked at each other and in one voice said: Ask Jo.

Last month, early one morning, I looked out of the same glass door which Georgie scales in frustration and saw my neighbor standing there. Opening up she said she had a problem and a needed a favor. Her husband had taken her dad and several old gents fishing in Zululand. He happened to look at the vehicle license and noticed it should have been renewed in April this year.  He obviously said... ask Jo! LOL

She gave me the proof of residence letter, a license renewal form and a wad of cash. I told her I would sort it out.

I was attending a ladies' breakfast with friends from our Taigalates (our three-tier discipline) class that morning. I enjoyed a lovely breakfast with the ladies, and then drove to Estcourt to renew the license.

As I posted in April, when I applied for my driver's license, any service pertaining to bureaucracy - in any country in general and in Africa in particular - can take hours to be completed.

This morning however, when I arrived at the traffic department, I was the only person needing a vehicle license renewal. I explained that I was doing this job for my neighbor who was several hundred kilometers away. The helpful clerk at reception completed the blue renewal form for me and then asked if Mr .. was available to sign the form. I reiterated that the owner was faaaaar away and that was why I am renewing his vehicle licence for him. The clerk asked me so how I will get the form signed by the owner. I suggested he turns his face away; I swung the form around and scribbled a signature which could have been anything!

I handed this same clerk the receipt for my personal driver's license which I had applied for early in April. He said he'd check if it had arrived.

At the cash office, and I slid the forms in under the glass partition. Once the calculations had been done, the cash I had in hand was not enough. Fortunately, we are able to pay via credit card which is what I did. My neighbor would (and did) reimburse me once he returned from his fishing trip.

As soon as I had the disc, I took a photo and sent it to the neighbor. If the traffic officer stopped him, he could at least produce proof that his vehicle license HAD been renewed. 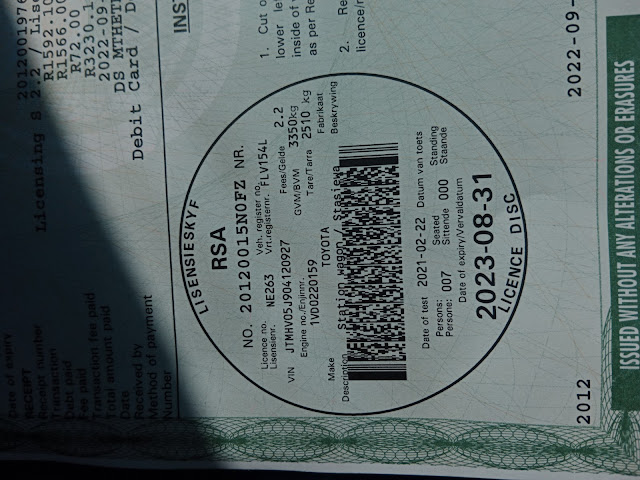 The helpful clerk was waiting in an adjacent ante room where he had my new driver's license card. He asked me to sign for it and I slid the new card into my purse. 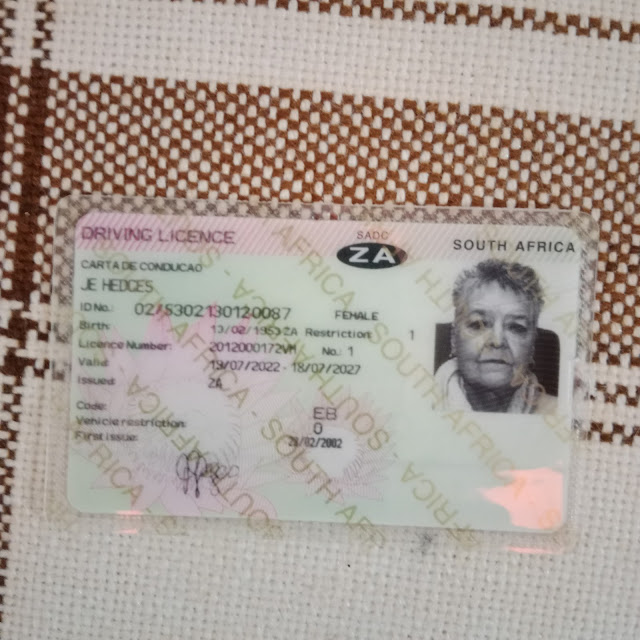 My new driving license card
For those of you who remember the long wait I had when I applied for the above, I had to have an eye test and subsequently was prescribed driving glasses. 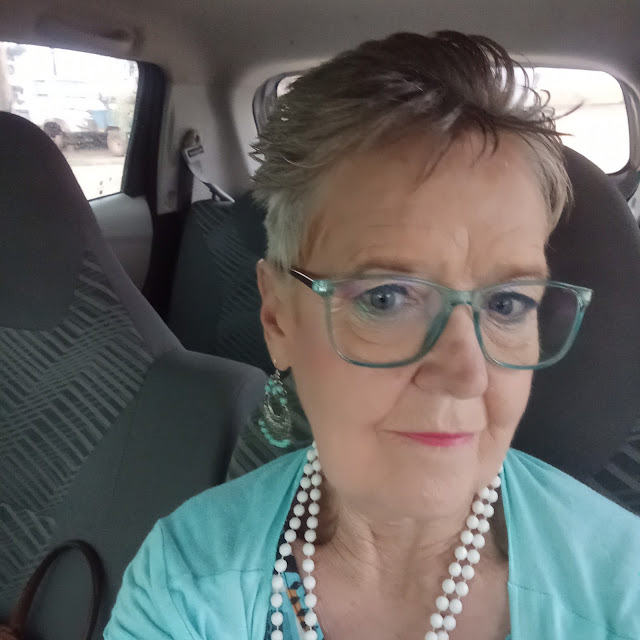 My prescription glasses to be worn when I drive
My dear friend, Sandra (Madsnapper) introduced me to Lunapic many years ago. This morning I decided to play with it again. 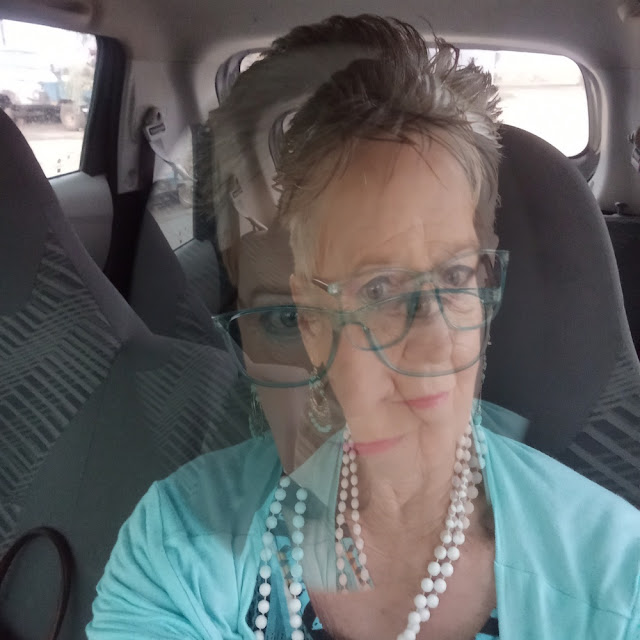