The Red-billed Quelea is one of the most abundant bird species in the world. Although the map next to this bird in my bird book shows (with highlighted shades) that it's a common breeding migrant, the text description says it's resident and highly gregarious!

The breeding male has most commonly a black face mask surrounded by a yellowish or pink ring. The red bill gives it its name. The female has greyish-brown head feathers, a white throat and red bill. In breeding season the female (as usual) hardly changes except for the bill and eye-ring which becomes dull yellow. 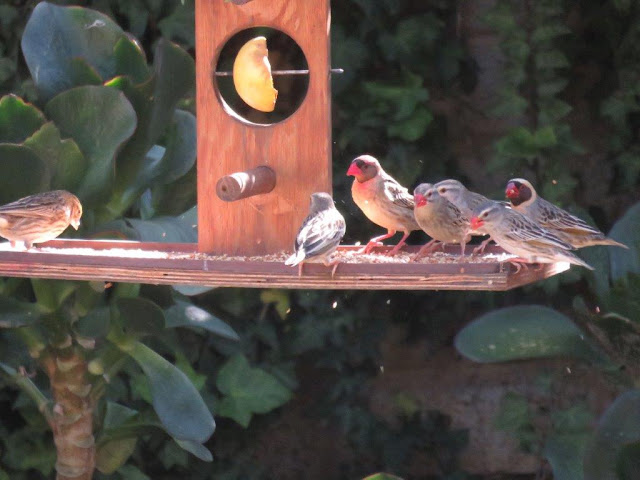 Red-billed Quelea - how many males can you see here ? ( before you scroll to the next photo!) 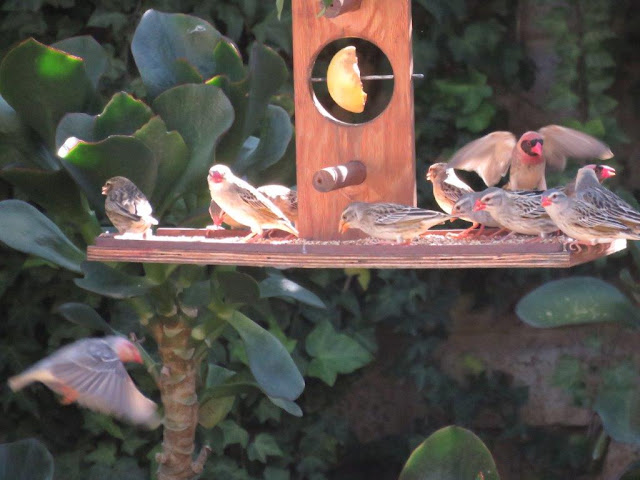 Here a third male flew in and looks like it's challenging the male looking right. This one is partly obscured by the male on the edge of the feeder in the previous photo (with a yellowish band!) 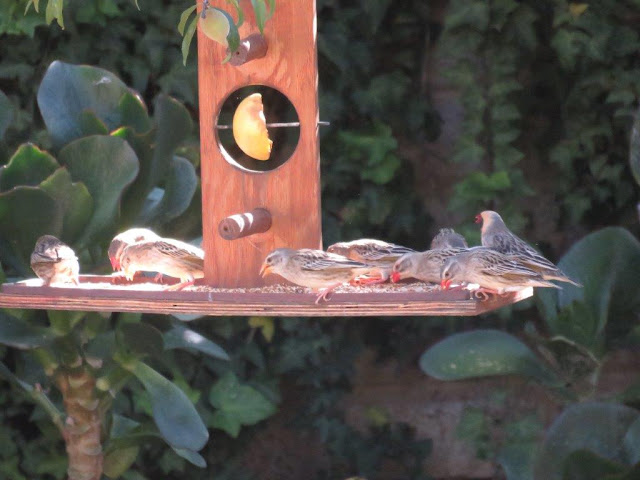 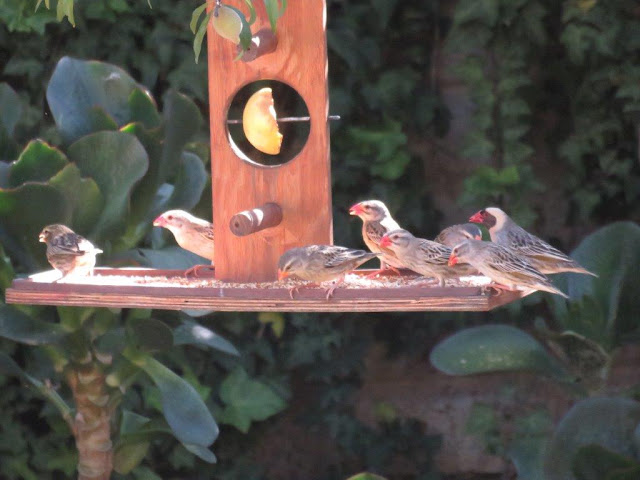 In these last two photos it looks as though the male with the yellowish band won!