Naturally I attended several year-end concerts with my own two sons; and later when Eryn and Joshua lived here in Marquard, I attended - firstly as Granny but also as newspaper journalist. Since 2010, we've been away in Africa at this time every year so last Friday night was a first (for us) going to Joel and Abby's concert. 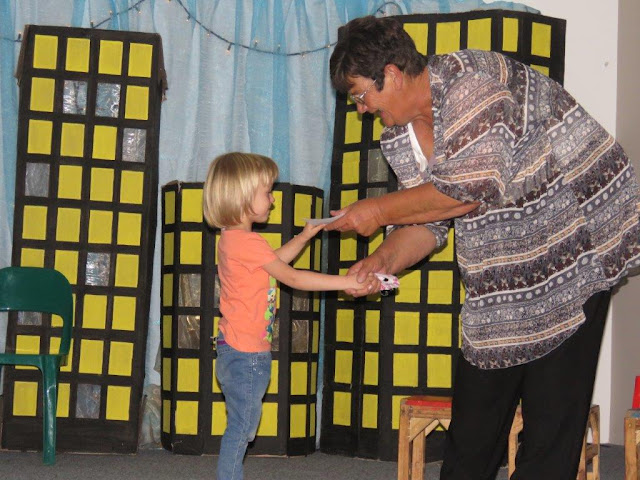 Abby received a certificate  from Teacher Maureen - for being soft-spoken 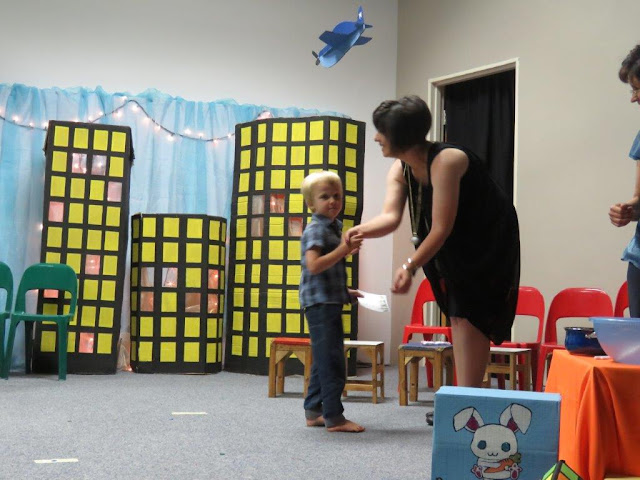 Joel received a certificate from Teacher Elize - for being diligent 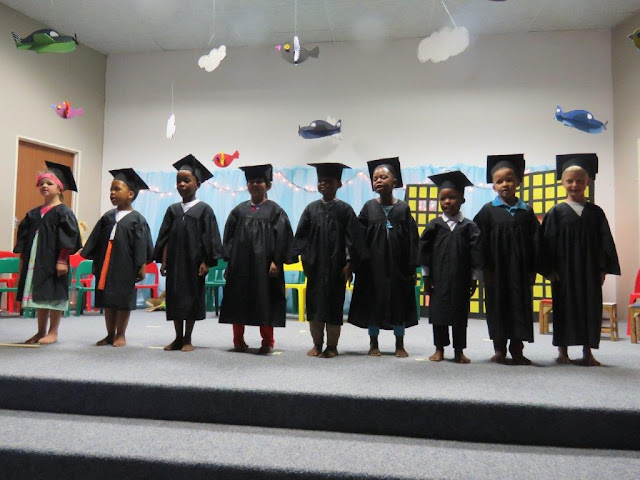 The Grade R's looking so cute in their mortar boards and cloaks
graduated to Grade 0 (don't you just LOVE the bare feet?)

The theme of the concert was The Toy Box. The MC explained to us that although this little play may seem insignificant to an adult, it's one of the highlights of a small child's year. They'd been practicing for this night for many months. 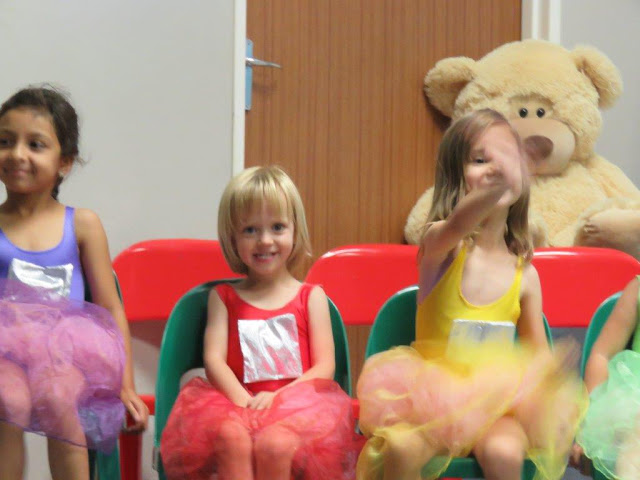 Abby was one of the Telly Tubbies

Ironically, in September while we visited Grant's brother and SIL, Shelley (my birding mentor), their daughter, SIL and two-year-old grandson Jamie were visiting. That evening Jamie watched Telletubbies; Grant was also in the lounge and saw the program for the first time!

On Friday night at the concert, at least Granddad could relate to who each Telletubbie on stage represented! Abby, of course, being soft-spoken, was Po ! 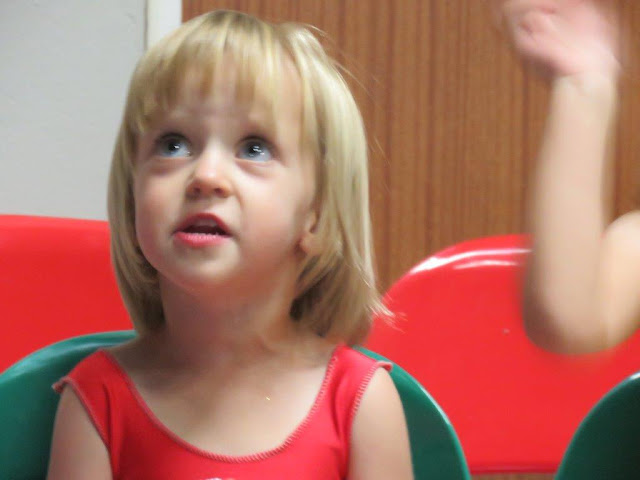 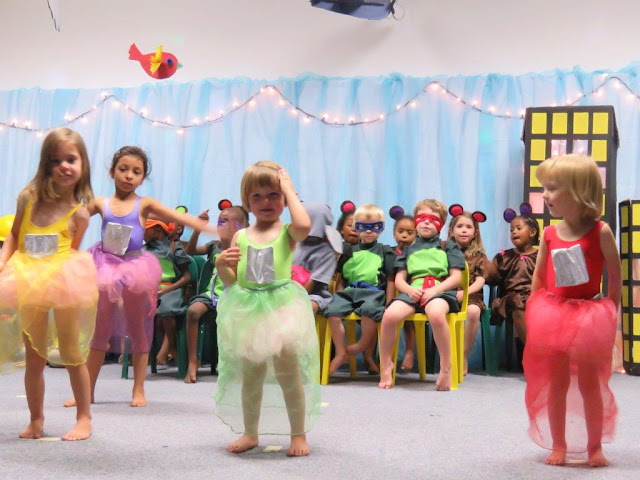 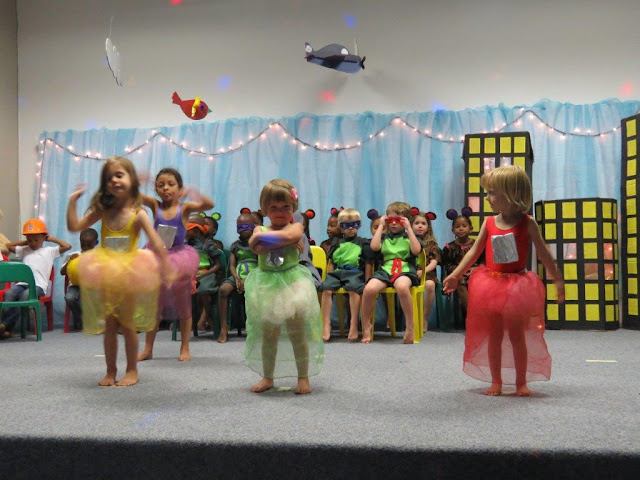 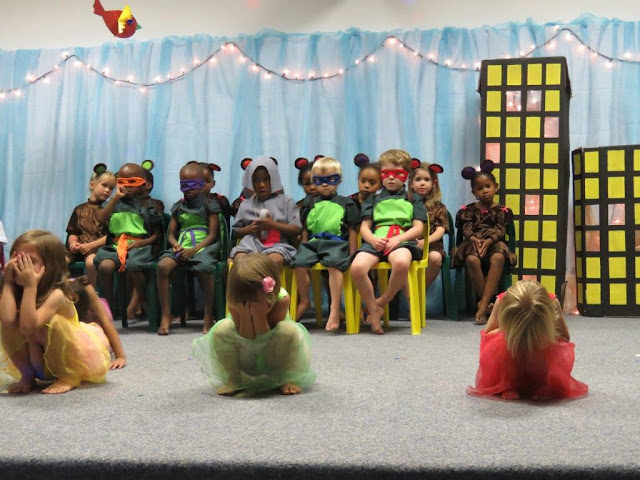 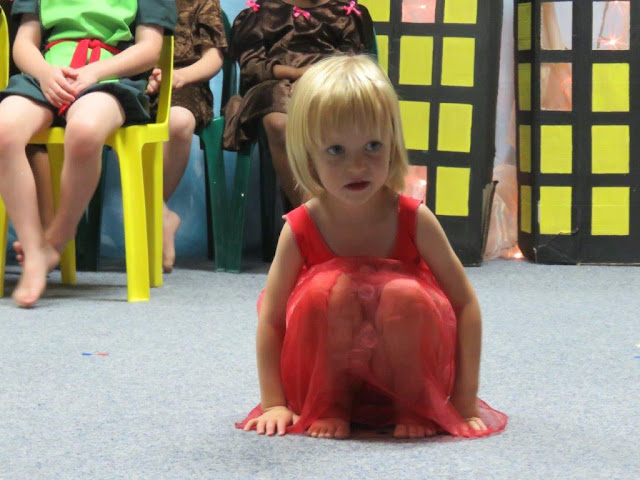 In the row behind the performing Telletubbies, are the Ninja Turtles 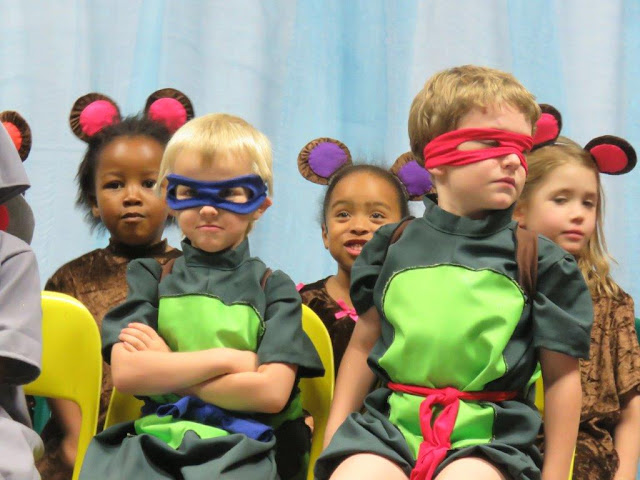 Joel, with blue mask,  and his fellow actors patiently waiting their turn

A great time was had by ALL!

(The brunette in the bottom of each video is the choreographer and did a wonderful job of getting these kids to do their "thing" on stage.)

I'm linking my post to Our World Tuesday here