Strange critter in our garden

Before I post about a strange critter in our garden at the moment, I just want to say that I have NEVER felt as exhausted as I was on Saturday. I was paste. I suppose it stands to reason - three weeks in and out of the city on a regular basis, an overnight stay earlier this week supporting a hospital patient (albeit an easy one!)  and in between getting MIL to the clinic and subsequently sorting her medication, which she insists on administering herself.

Nevertheless, I woke up on Sunday and said to Grant that it was the first day I had felt human in about ten days!

Yesterday afternoon, we were walking up the driveway with Angus, Amanda and children. We'd all enjoyed a delicious BBQ here at our home - Angus did the meat grilling - Grant was forbidden to use his hands and we had a lovely meal together.

As we neared the gate, six-year-old Joel came dashing back and said there's a huge butterfly on the lamp. He actually shuddered. I had my camera around my neck as I'd been snapping a pair of bird parents and their new fledgling (more about that later). I approached the lamp in question, focused and snapped away. 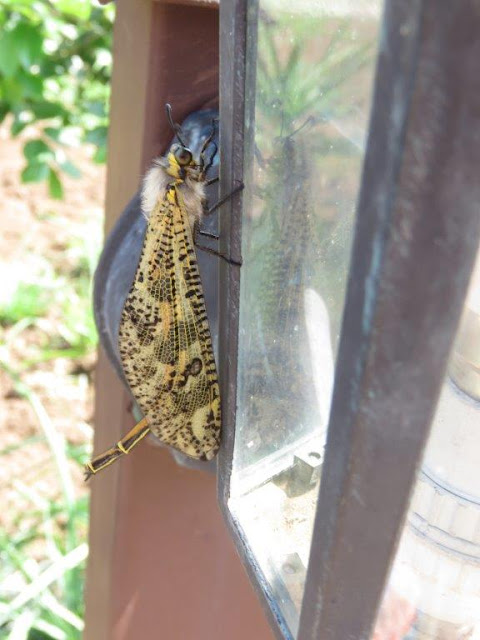 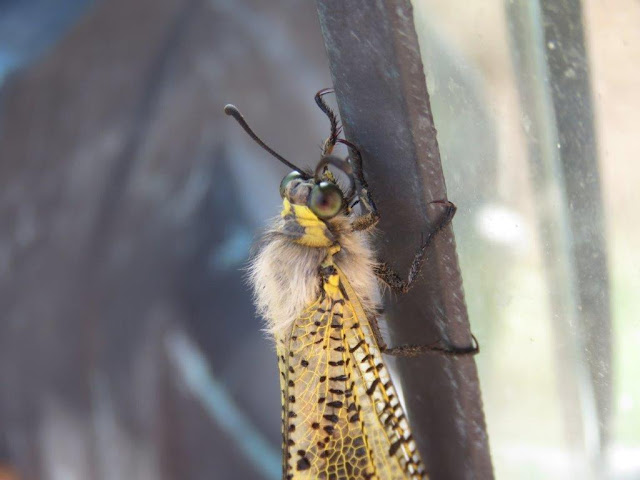 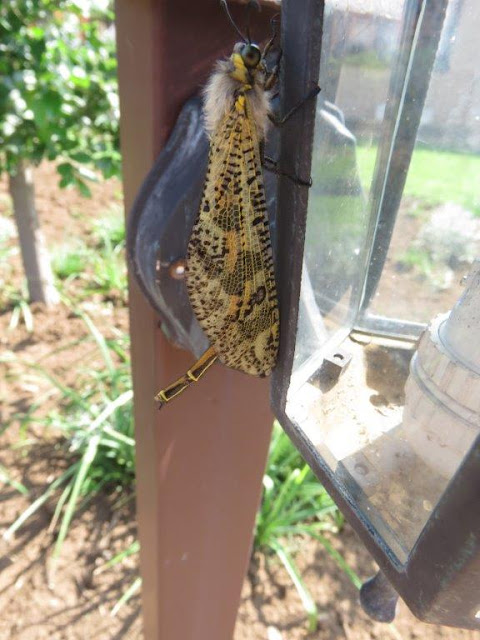 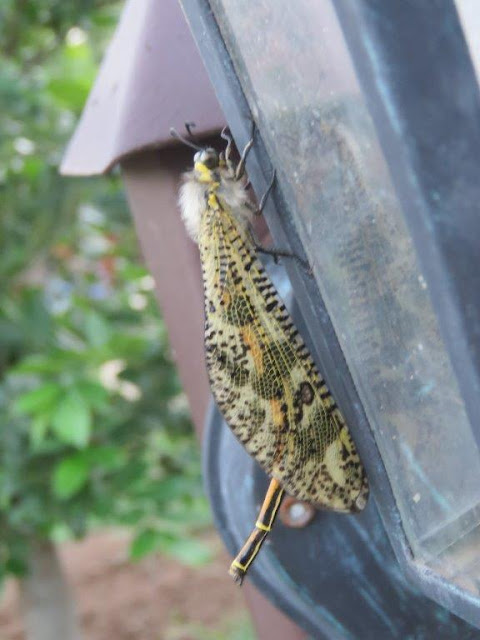 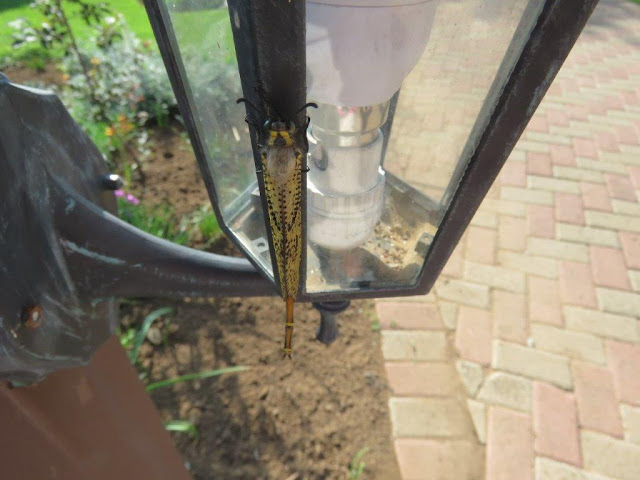 From the top, it's quite a slim critter. It has gossamer wings and Grant says it sports "a dragon fly's tail"

The critter never moved although its eyes are bright;  it's definitely alive. It may be laying eggs. At the light of day, today (Monday) I'll check if it's still in the same place on the lamp.

Here's wishing you all a wonderful Monday and week ahead.