Khartoum Visit to the Dentist 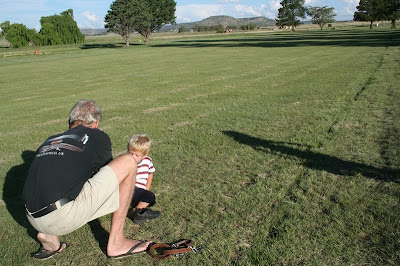 Grant is involved with the grandchildren and dogs 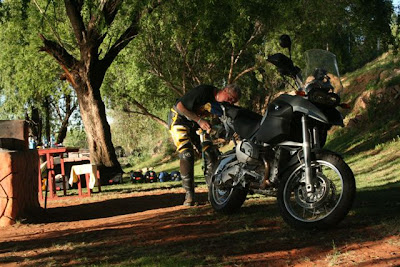 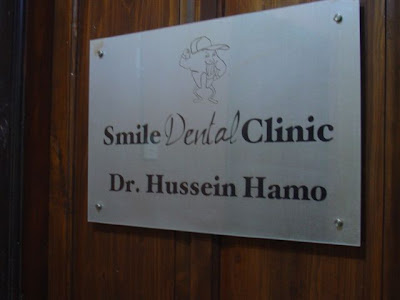 But he's petrified of dentists... 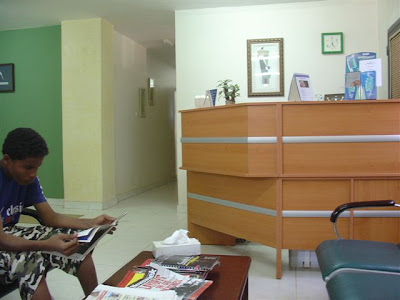 For the past three months my husband has been suffering with toothache. I noticed that no matter what he did to alleviate the agony(anesthetic spray from the chemist, pain killers, chewing a clove) it just would not go away.
Last week I mentioned that there is only one cure for toothache. Grant looked at me expecting to hear of another immediate cure. My answer: "Go to the dentist and have it seen to" The pain was obviously so bad that he called Marcel, who had told him of the excellent dentist he has been going to for years. Marcel rang back within ten minutes: he'd secured an appointment for 6pm on Saturday.
Over the next few days, I watched as my poor husband struggled with the ever-increasing pain in his mouth and the fear of what he had to face on Saturday. 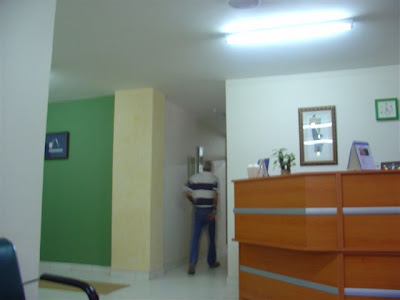 The dentist, who spoke excellent English, met us at the top of the stairs and welcomed us to his surgery. I thought this was very professional; I'm not sure, though, whether Grant was encouraged by this gesture or even more nervous. (lol!)

We had to wait in the dentist's reception area while a family of little boys had their teeth examined. Eventually it was Grant's turn. When the dentist beckoned him to the surgery, he fair jumped up and ran inside. While he was in there, I popped outside to photograph the dentist's name plate on his door. As I returned to the reception, I saw Grant walk out of the surgery with a sheet of paper in his hands. It was a prescription for antibiotics. He had an abscess under the tooth (Ouch, no wonder the pain had been so bad) and would return to the dentist in a week's time.

Strangely enough, now that the toothache has subsided and he'd been to the surgery, Grant seems to have lost his fear of dentists. He said Dr Hamo was most professional and would commend him to anyone in Khartoum reading this post. 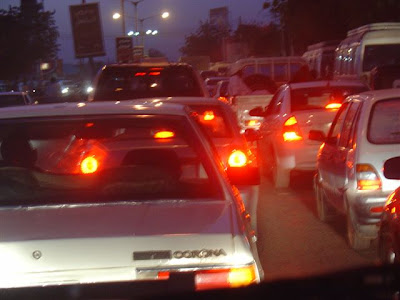 Once back in the city centre, we hit the Saturday night traffic.
Posted by Jo at 4:30 AM