While living in Khartoum last year, we found a little kitten at the dukani (shop) opposite the apartment where we lived. There were numerous stray cats all over our suburb and I fed many in the courtyard below. However, they were always so wild that you couldn't even get near them. This little cat, though jumped up into Grant's arms when he bent down to look at it. I saw all this happening from the flat window. He put the kitten down and asked the store owners who it belonged to. They said it had been around and they'd fed it beans, tomato casserole, pita breads and other meatless scraps.  They also asked if "Madame Jo" would like the kitten. Grant returned to the flat with this message and insisted I went over to the dukani just to see the kitten. I went, I saw and the rest is history.

If you've not followed my blog since Khartoum days,  and if you wish, you can read back to how we raised this kitten  and subsequently took him back to South Africa with us. He joined our five South African cats but because he hadn't learnt to wander around the garden alone when we came up to Kenya, we placed him in kennels in the city. He is being well looked after and walked daily on his leash by the kennel owner, Albie and we'll ultimately bring him our to East Africa with us. 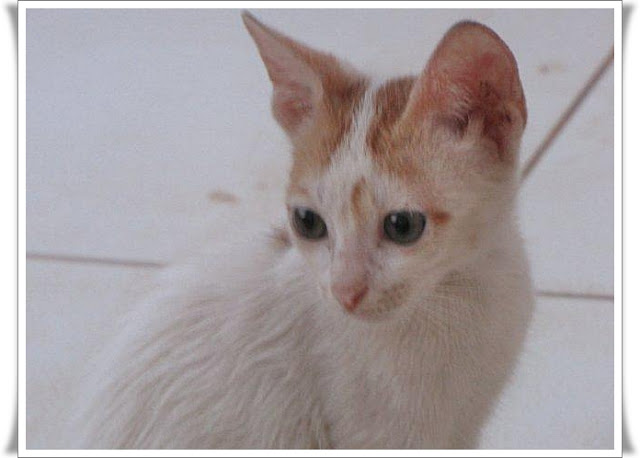 The as-yet-un-named Sudanese kitten who came to live with us on 16 May 2010. Here he is (the first day) on the balcony of our flat in Omdurman, Khartoum 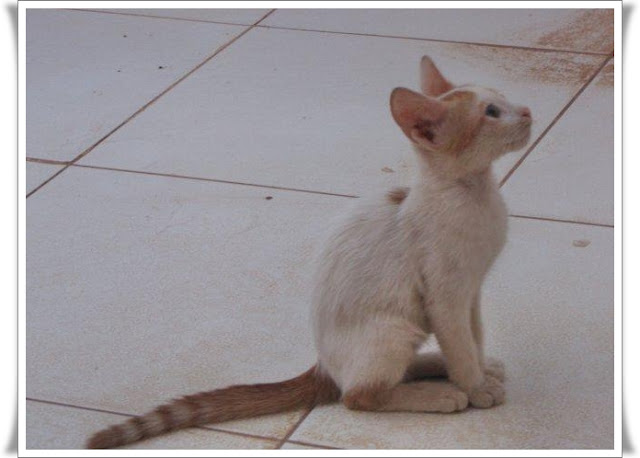 The six-week-old kitten we found in the street opposite our flat in Omdurman, Khartoum
He came to us on 16 May 2010 and a week later I took a taxi into the city to source innoculations and deworming tablets for him. I also bought a micro-chip which your pet has to have to enter South Africa. I (with the help of my Sudanese house lady, Mirriam) injected the micro-chip in his neck and his innoculations into his rump. I sent photos to our vet in SA who guaged the cat's age to be about three months  I decided he was born on 23 February 2010!  You can read all these posts on my Animal tails label, if you wish!


So today, while living in the kennels in Bloemfontein, Shadow is one year old! 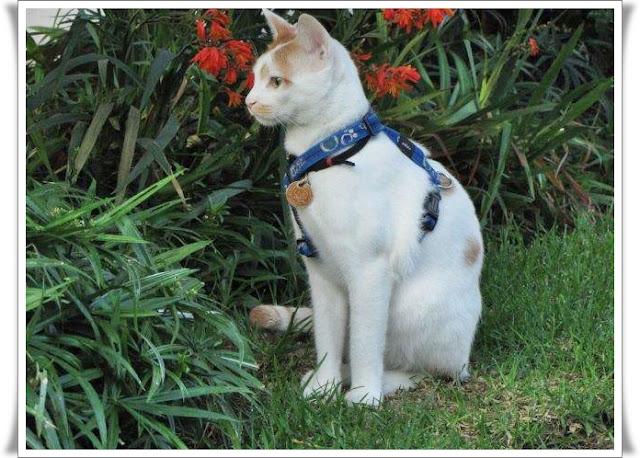 Shadow, in our garden in South Africa
HAPPY BIRTHDAY SHADOW !
Posted by Jo at 8:45 AM