A wise old man of God

After we'd finished with the children at the school yesterday, we returned with the two priests, Fr John and Fr Dunstan - who seem to be involved with the teaching the as well - to the monastery next door. They wanted us to meet a very special person living in their guest quarters.

The priests entered a room while our driver, Edward (not my askari Edward!) told us that we were about to meet the first priest of Shinyanga who had been ordained in 1955. Edward was thrilled to be in the party going to visit the priest as many years ago he'd been the driver for the Bishop of Mwanza and got to know this priest too. 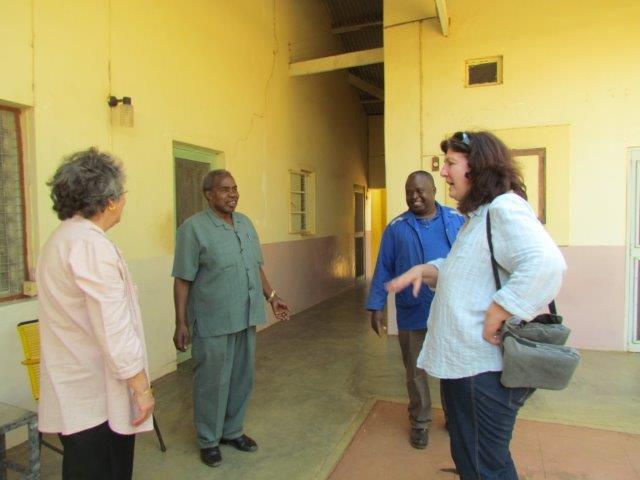 We waited in the courtyard while the local priests requested and audience with the old priest! (Edward in blue jacket, near Amanda, could hardly contain his excitement, bless him!)

Finally we were invited into a rather dark room where we were introduced to. Fr Zakaria Buluda had all his faculties.  At 91 years-old he was a little hard of hearing, and Fr John had to repeat things for him yet he had use of all his faculties. He also exuded warmth, wisdom and a lovely sense of humor. For instance, when Fr John introduced first Amanda, then me and then Rina, and told him we were from Mwadui, he said he was thrilled to see three ladies from a mining town which he'd heard was "going down" Amanda explained that at one stage many years ago, the town was almost "dead" but since then it has picked up to what it is now. So Fr Zakaria said it was obvious we expat ladies had brought life to the town! Fr John also told him that that day we'd brought toys, hats, food and drinks for the children at the school to which he replied: "Ah, those albino children need support, so thank you very much!"

As I watched  his serene countenance and listened to his deep voice, I thought how much he reminded me  of our dear Nelson Mandela. Fr John had agreed that I could take photos. In deference to the old man, I didn't use a flash, so my photo isn't all that clear. But I'm sure anyone reading this post can see the peace and serenity on his face. 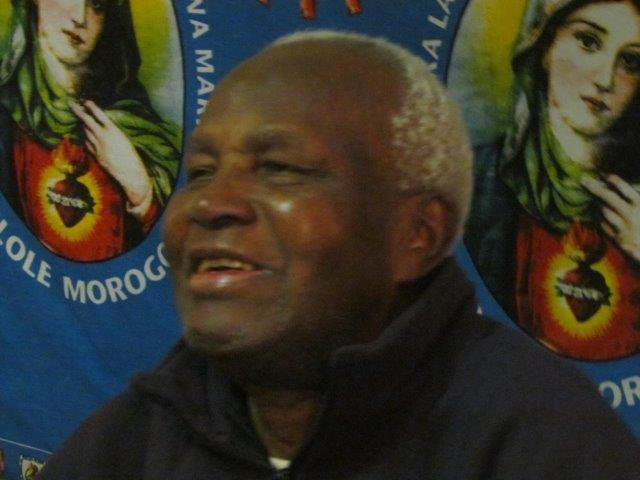 Fr Zakaria Buluda, at 91, the first priest ordained in Shinyanga in 1955

Before we left, Fr John asked if Fr Zakaria would bless us all, which he did. Meeting this man,  was a very special (albeit impromptu!) part of our day at the School for the Blind and Endangered Children this week.