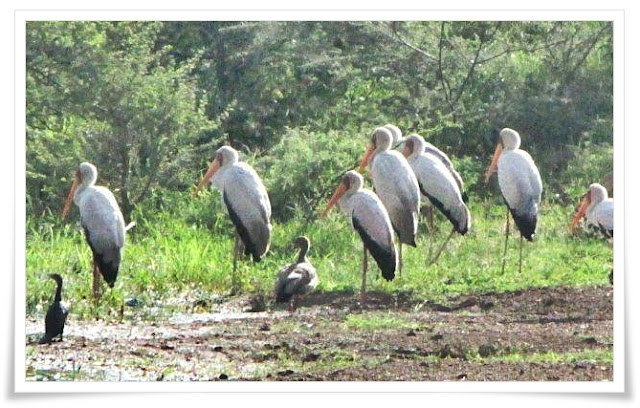 Last week, Zephania and I stopped at the dam to see if we could spot the injured stork I posted about last week. There was no sign of it. 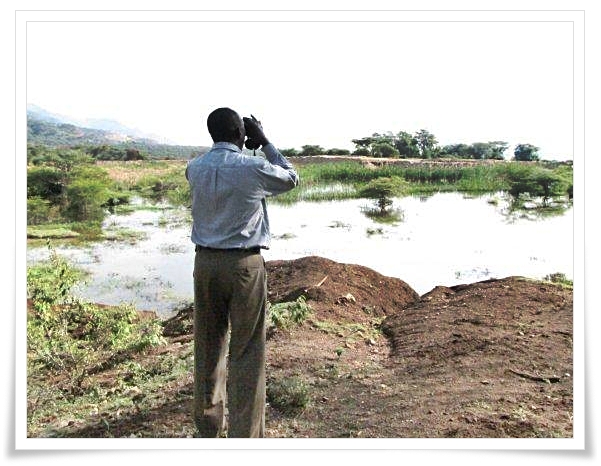 Zephania using my binoculars looking for the stork 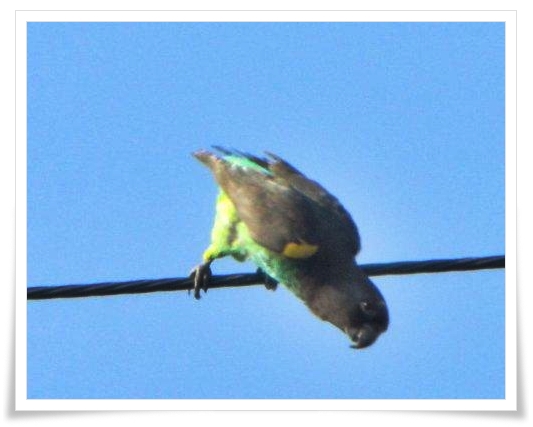 Driving along the road, we saw Meyers Parrots fly from trees on one side to the electric cable on the other. As we stopped, I photographed this parrot launching itself off the wire towards its nest in the wooden pole... 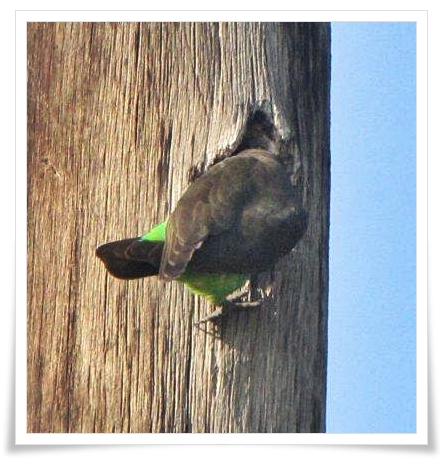 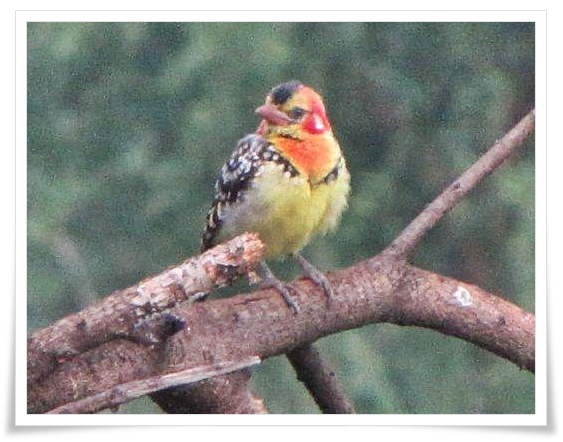 Red-and-yellow Barbet male
As I turned from photographing these barbets, I noticed a skulking movement in a fence to the left of the road. I managed to snap this bird once before it flew off: 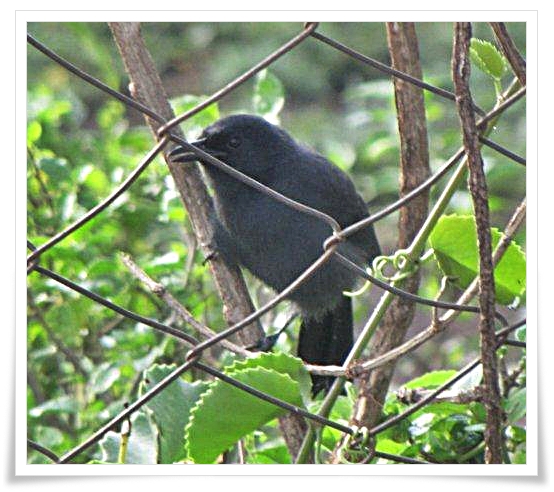 Slate-coloured Boubou
At the same time a small flock of birds dived into a nearby bush; they were so rowdy  and seemed to be squabbling. One flew up onto a fence post and then hopped onto a fallen log: 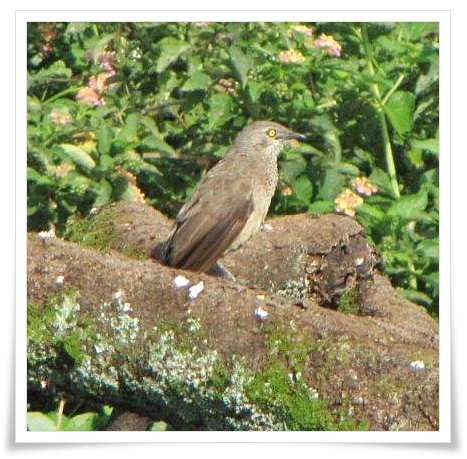 A Brown Babbler
Not only did we see the birds I posted above; we saw two Robin-chats singing in unison (too obscured by tree branches to get a good photo), we saw three Northern White-crowned Shrikes sitting tightly together on a branch above the Robin-chat concert. We saw a pair of Nubian Woodpeckers creeping up the tree trunk near us, to the right of us, we watched a pair of d'Arnaud's Barbets doing a mating dance and we saw a group of twenty Speckled Mousebirds (Grant counted them), a Beautiful Sunbird and female on a bush with rose-like blossoms, Greater Blue-eared Starling on the road in front of the vehicle and various Weavers flitting about. We'd spent an hour in one place and were rewarded with all these sights and sounds. 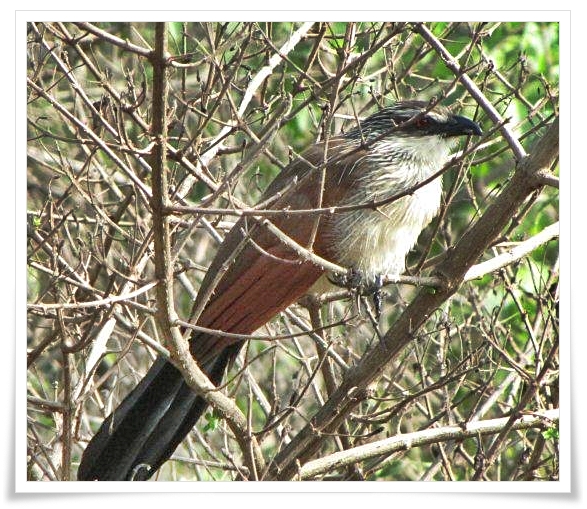 On the way back to camp we spotted this White-browed Coucal
For more bird posts around the world, click here
Thanks to all for your kind comments on my preparations for the VVIP lunch and dinner. Sue phoned me yesterday morning and said she'd had positive feedback about all the food: the leg of lamb was apparently very tasty and soft (phew!), her pumpkin pie (which is divine) was enjoyed, Caro's chickpea casserole went down very well and the Bread-and-butter pudding with a twist was lapped up.
Posted by Jo at 3:30 AM