As mentioned yesterday, even though I was ill,  Grant and I went out birding on Sunday and again on Monday evening. He and I were just saying how, although we frequently see the same species of birds, recently we have seen birds doing interesting things. As if to prove a point, the next thing (two,  actually) that happened was truly amazing.

As we drove along the mining haul road, Grant spotted a large bird sitting on the gravelly bank. He pulled up quite far from the bird so as not to disturb it, I opened the door and stood on the running board.

When I zoomed in on the huge black bird, I saw it was a Bateleur and it was eating something. I took many photos, the bird finished its meal and flew off. 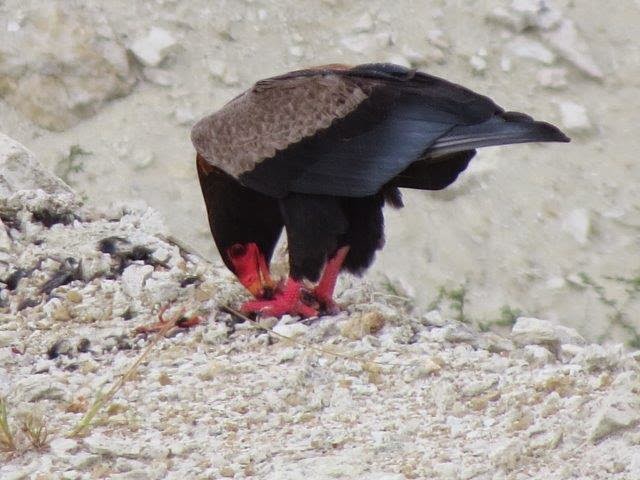 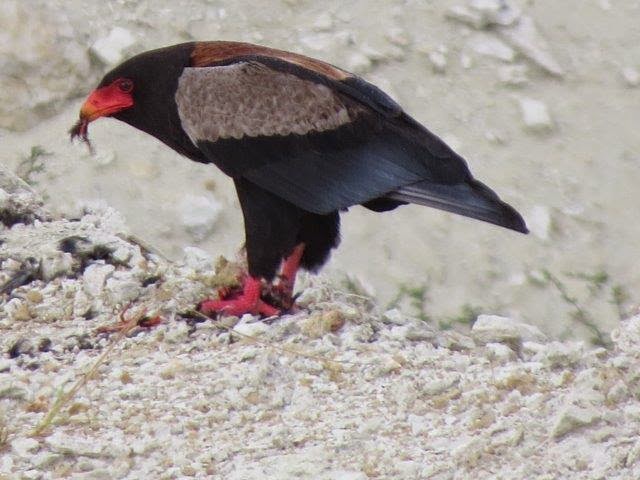 A Bateleur (male) enjoying his meal off the ground

Grant stopped at the spot where the feast had taken place, I got out and walked over. Grant followed me and we saw that the Bateleur had been eating a largish bird with blueish-green feathers and quite big red feet. (Yes, all that remained were the feathers and a pair of feet!) 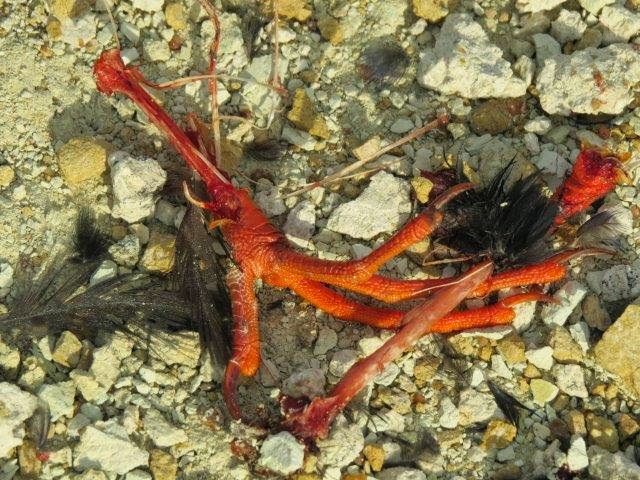 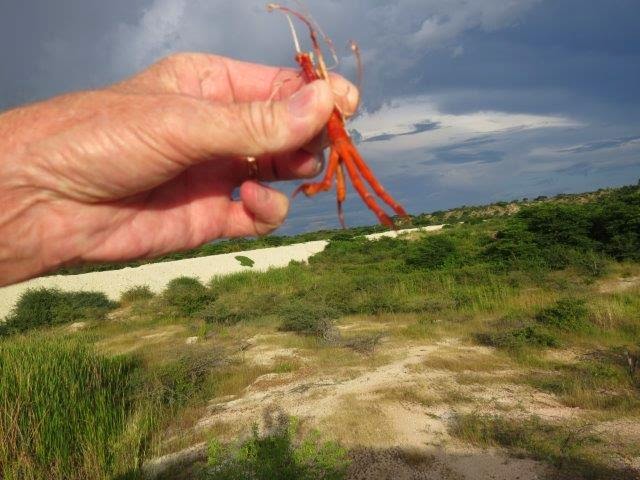 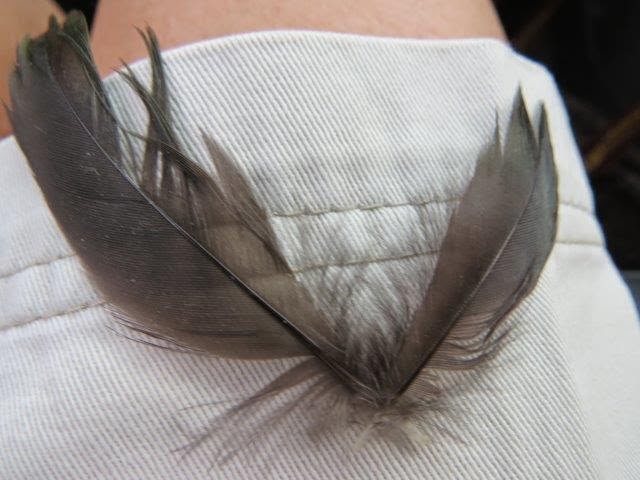 When we sent the photos to Jez, he replied with the explanation that the Bateleur had [probably] eaten a young African Purple Swamphen (Gallinule).

A little further along we noticed a big brown bird in a dead tree. It was flapping its wings and jumping around in the tree.  I took several photos of this. 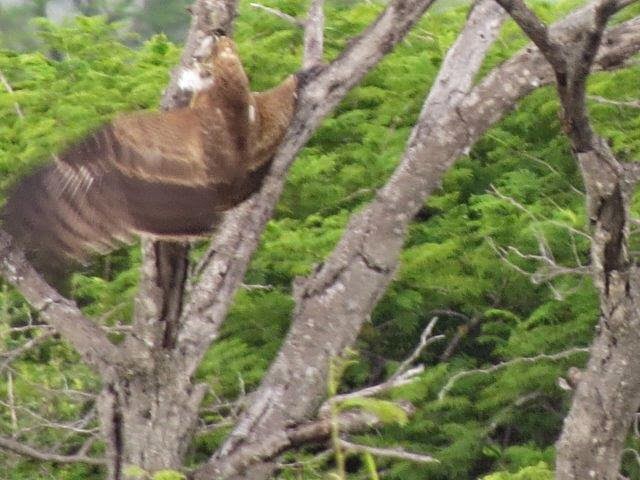 A large brown bird flapping in a tree

When we sent the photos of this bird to Jez, he came back with the explanation that this was a juvenile African Harrier Hawk which was trying to rob a nest.When I looked closer at two of my photos, I saw that this was exactly what had happened was taking place ! 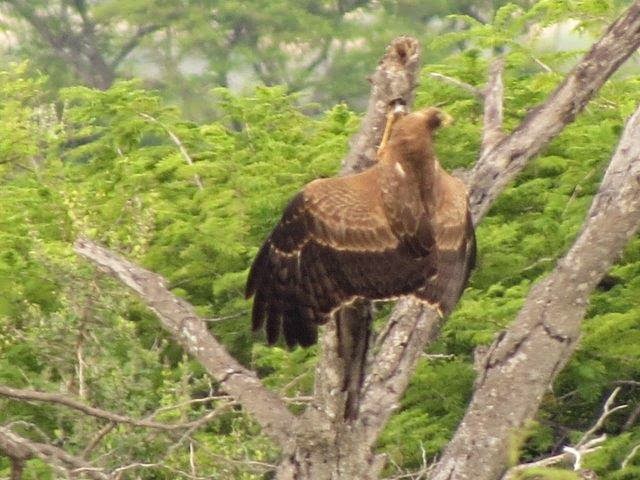 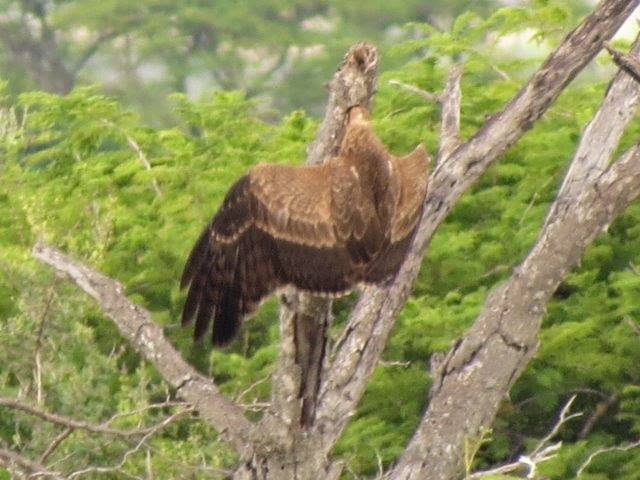 The same bird with its beak in the nest hole! 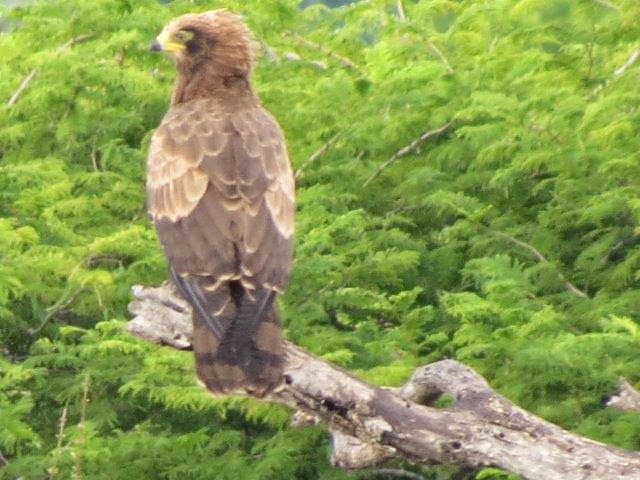 I am linking my post to Wild Bird Wednesday which is hosted by Stewart Monckton. Please pop in and visit his blog by clicking here

Here's wishing you all a wonderful week.