Hi Everyone! At last we've arrived home safe and sound in South Africa after almost three  days of traveling across the African continent.

When preparing to leave Mwadui, I mentioned that I would bringing home several pottery pieces in my suitcase. They arrived in one piece, thank goodness! 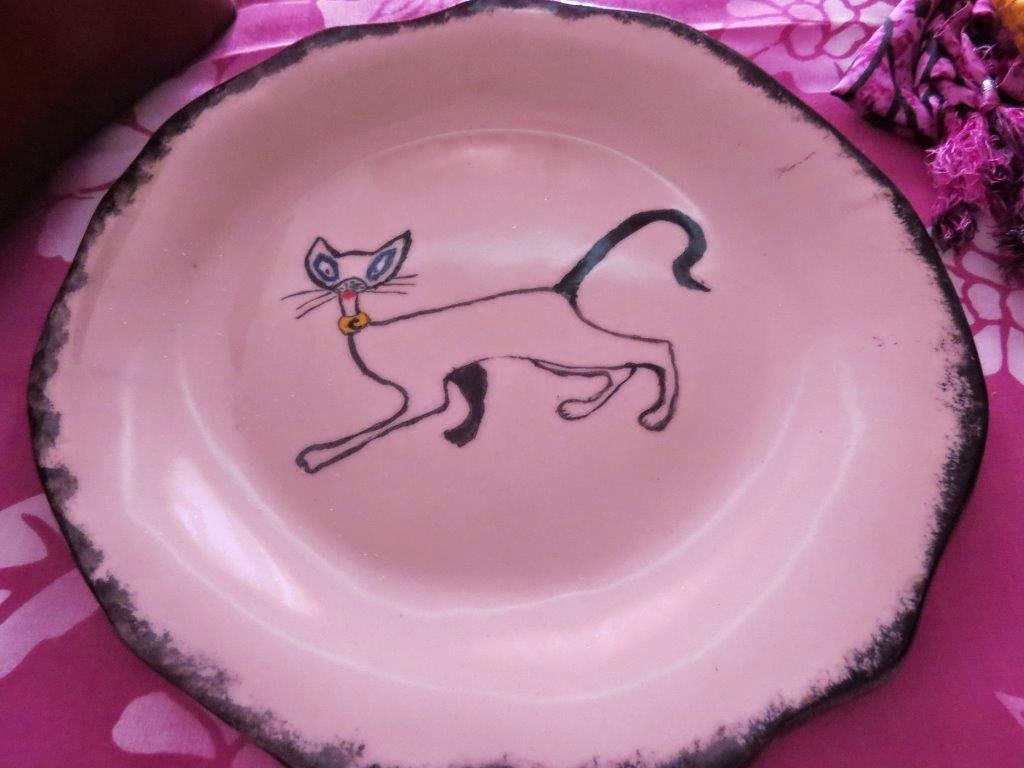 A Siamese cat on a large plate for my friend, Mart in Knysna!

The next item I made to look  like a beach with sandpiper footprints and crab holes and the waves lapping at the sand. After I'd rolled the clay and shaped the bowl in an asymmetrical form (to look natural!),  I rolled a piece of rough sandpaper across the "beach" side of the plate. Then I cut footprints and pricked crab-holes into this part. The other half I left free.  When it had been bisqui-ed, I painted water blue with soft white horses and a foamy edge to the water. I emphasized the footprints and crab holes with black paint. Once it was baked in the final oven, I was quite pleased with the result!  This bowl is for friend, Lesley who has a holiday home on the Breede River Mouth in the Cape. 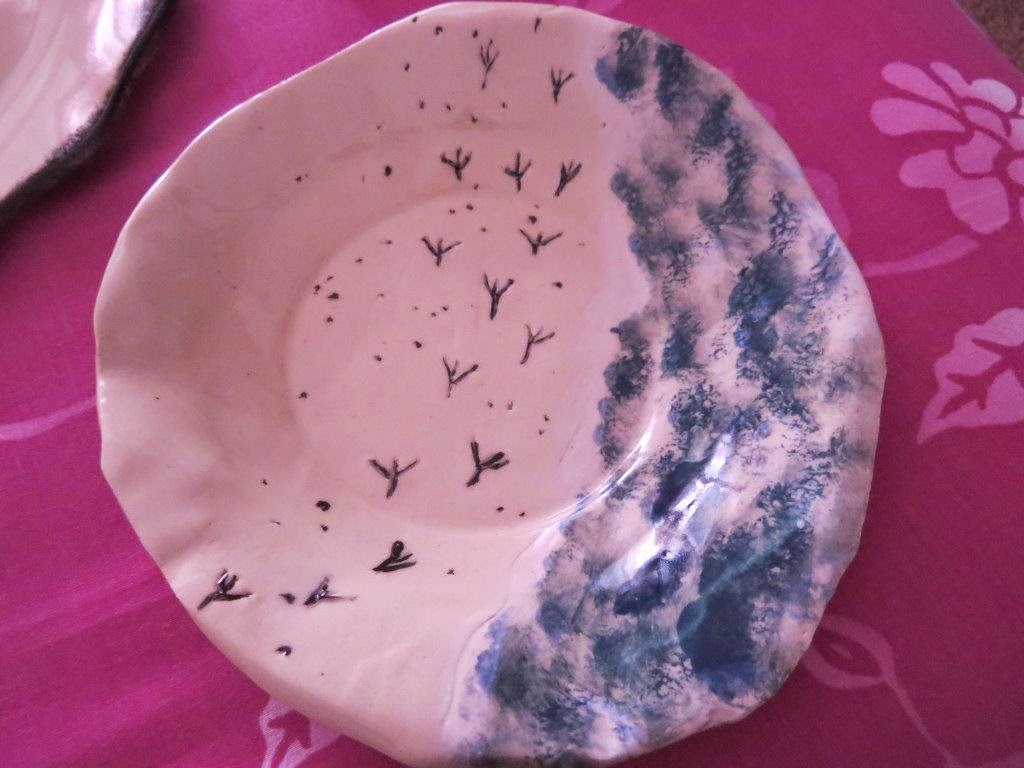 The bowl which [hopefully] resembles a beach and waves with bird footprints and crab holes
The piece d' resistance was something which I made for my home in South Africa! It's a ceramic tray depicting Ambrose and Ginger in blue-framed windows;  Shadow prowls below this! Although it may not be too clear in the photo, each cat has a collar with his initial attached. Ambrose, in the left-hand window has a green collar and there's an "A" hanging from his neck. Ginger's collar is red with his "G" reasonably visible in the photo. Shadow's "S" is the clearest and hangs from a blue collar. As I mentioned last week, when I felt ill over the long-weekend, I spent time in between resting, painting these three little lads; it  turned out to be very therapeutic ! 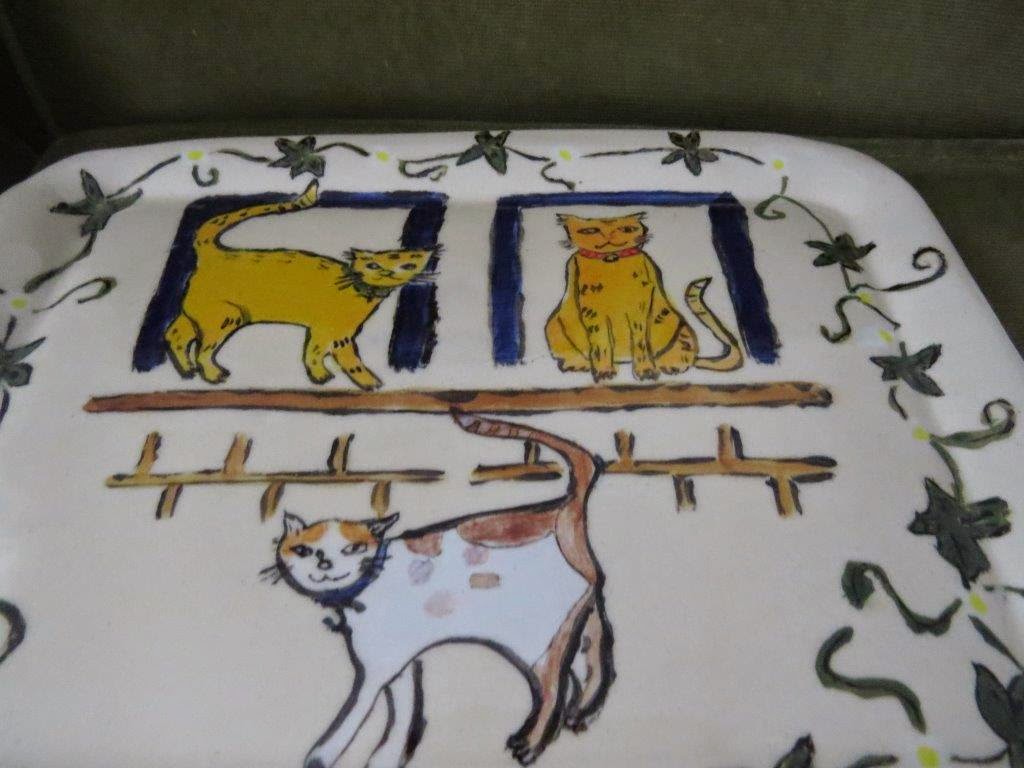 My own ceramic tray portraying the Tanzanian Trio quite well!

As always we're greeted joyously on the patio by the three dogs when we arrive home. Indoors, we always find dear Chappie, who despite Emily's efforts to put her on a reduction diet (with special kitty kibbles for overweight cats) just seems to be fatter every time we see her! 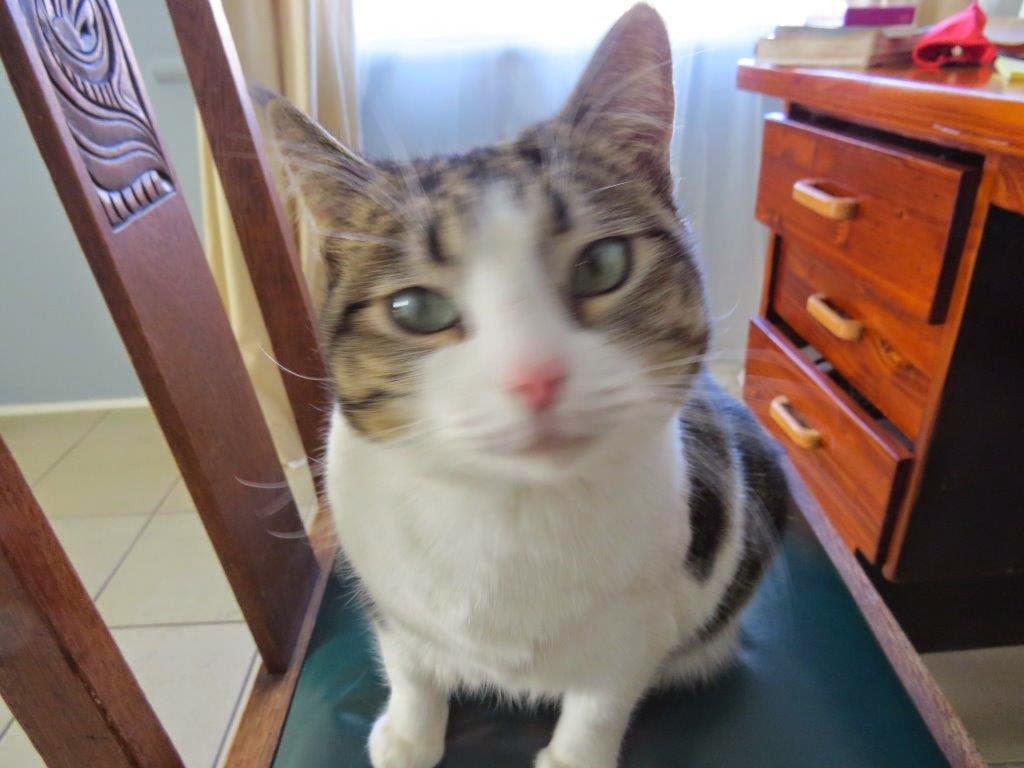 Chappie our South African cat who, despite every effort to curtail her eating,  never seems to lose weight! (I hope Ambrose doesn't see the photos of this kitty! ) 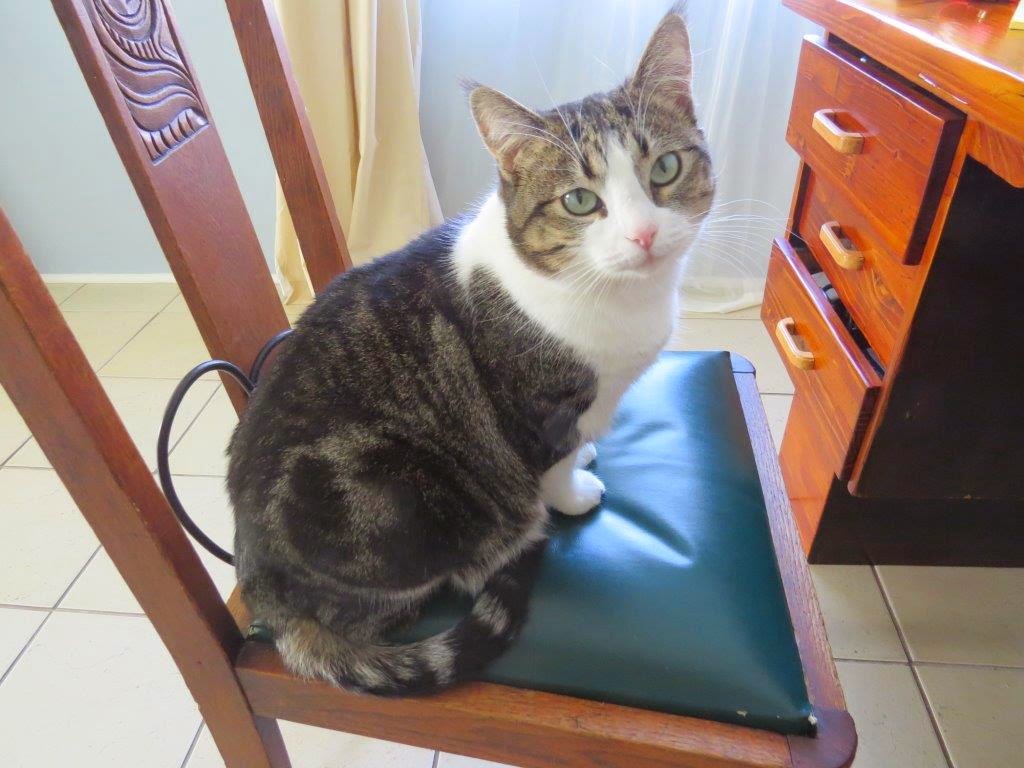 Chappie sits close to me when I get home after our long absence!