As the week hurtles towards Friday and our departure for South Africa, I just had to photograph darling little Princess and her old [adopted] aunt, Toffee. Princess has been with us since the week before Christmas 2013, and I imagine that she is about five months old now.

In February, I brought all the necessary inoculations from South Africa and the local vet injected her. (Toffee's treatments are carried by the company and done regularly as well) Princess and Toffee have also been treated for worms and had their coats de-flea-ed.  Princess has two meals a day from me (one with dog pellets) and in the late afternoon, when Toffee has hers, she has another of ugali which is ground maize meal cooked with a meaty bone. A far cry from what life Princess would be living now if she had remained with the children who discarded her so carelessly!

Dear old Toffee has been with the company since 2004 and been the guard dog at this (our) house since then. She has a lovely nature and spends most of the day playing with Princess, or lying on the lawn, with her little ward next to her. Toffee is also no slouch when it comes to "guarding" our property and barks at anything which she thinks looks suspicious through the slated reeds surrounding the yard!

During the day, Princess follows Michael - my favorite, trusty askari - around like a shadow. The night askaris have taken a leaf from Michael's book and treat both dogs with kindness and care.This is not normal in Africa, as animals, and especially domestic ones who have almost no use, aren't greatly cared for or respected. However, any man who guards our gate at night can be found cuddling little Princess, calling her to his side when the gate is opened and a vehicle enters or feeding her tidbits from his evening meal! Toffee, who hasn't always had it so good, still remains quite aloof and sleeps a little way from the askari hut. 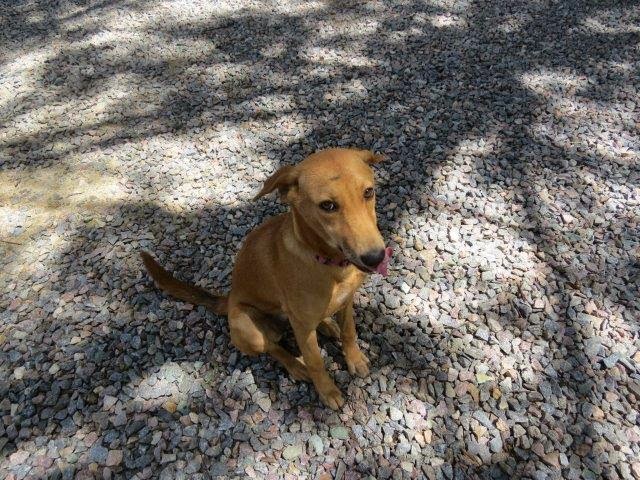 Pretty Princess who is as cute as a button and very intelligent ! 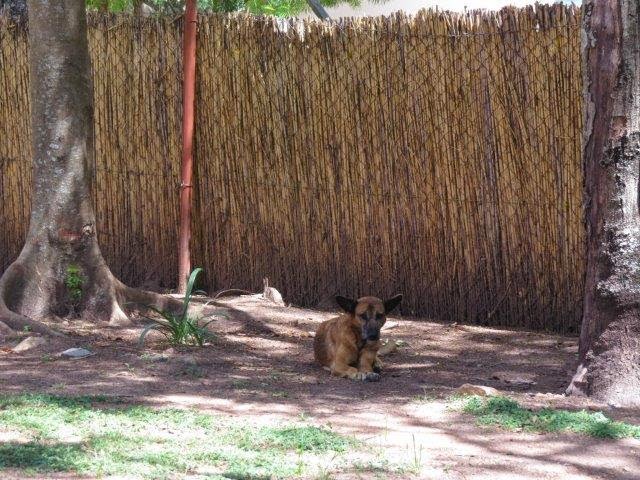 Dear old Toffee who has been faithful from her first day here many years ago!

I know that, as I can happily leave our three cats in Regina's capable care, I can also rest easy knowing the two dogs are also well looked after in my absence.

I'm linking this post to Our World Tuesday which you can access by clicking here
Posted by Jo at 3:30 AM