Life continues on Camp Mwadui and I am feeling a lot better. Thanks to all for your concern and prayers, Skype and e-mail messages.
As usual, mid-week I went shopping in the nearby town, Shinyanga. William collected me at 8.15 and we set off for the fresh produce markets and supermarkets.
Over the past six weeks since I arrived here, William and I have worked out a system whereby he goes about the other chores (like carrying the fruit and vegetables to the car) while
I continue to the next stall. I'm learning Swahili rather quickly and getting to know the vendors,  which helps me - the Mzungu/foreigner - not to be exploited! 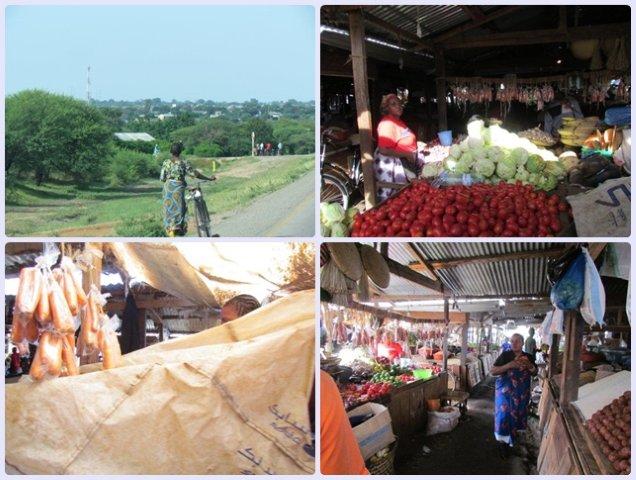 In Tanzania many ladies ride bicycles which is something I only saw once in Kenya.  (Top left photo) Inside the market, I asked "the lady in red"  if I could take photos. I'd spent quite a bit of money so fortunately she said I could (In the bottom left photo, a beautiful young woman was opening her stall and held the cover in front of her face to avoid being photographed) 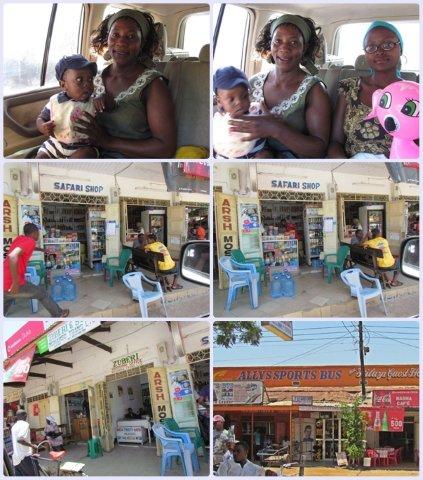 Before we went off to Shinyanga, William took me to his home to meet his wife and a relative. Their baby is six months old and named Baracka. (I could't change the photos around as my Internet kept playing up. What's new? LOL!) The next four photos are of various shops near the bus terminal . Here we buy water in 1.5lt bottles for individual consumption and 12 lt bottles for the water dispenser in the diningroom. The prices are almost half that of what the supermarkets charge

William left me at one of the three supermarkets in "High Street", while he went off in the car to a spares supplier on the other side of town. If anyone knows anything about purchasing mechanical spares, (or any hardware shopping, for that matter) they'd know that I was finished my shopping long before William returned. Leaving my groceries in the shop, I wandered out onto the sidewalk and sat down on a chair. After waiting for about five minutes, I decided to pass the time by phoning my sister, Rosemary, in the UK. As she answered her phone, William returned; He walked towards me, so  I called to him to take my camera from the car and photograph me. My sister, following the whole conversation, was eventually in stitches at my instructions and William's replies ("Mama, the screen's black; I can't see you !" And me: "William pull the silver lever on top of the camera, towards you to zoom in on me") Afterwards I gave him my phone so that he could "meet" my sister. All great fun! 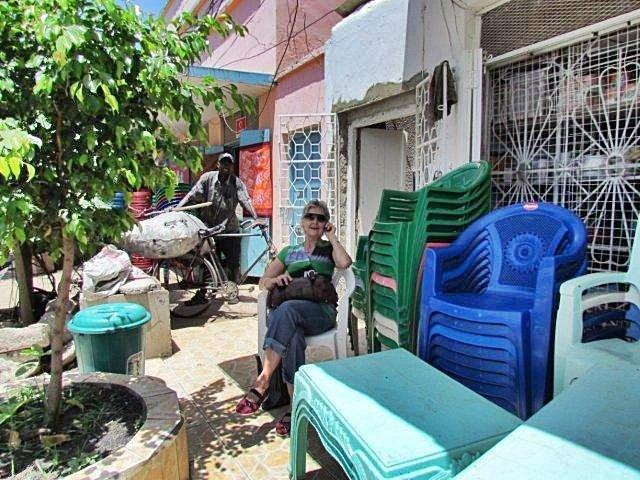 Sitting outside the grocery store talking to my sister, Rosemary in the UK 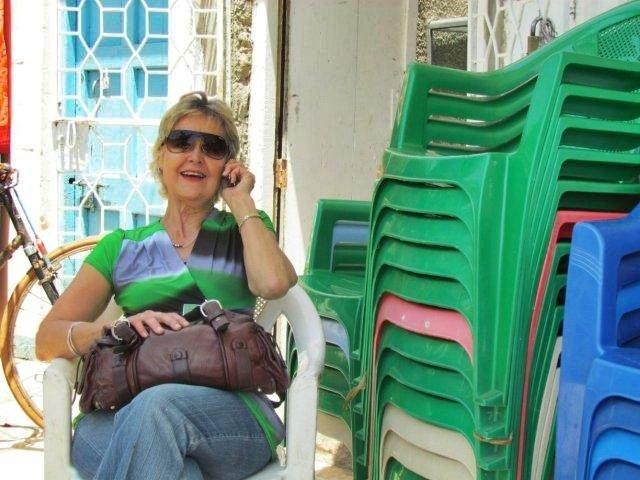 William did quite well in working out the zoom feature on my camera. (Both above photos by William) 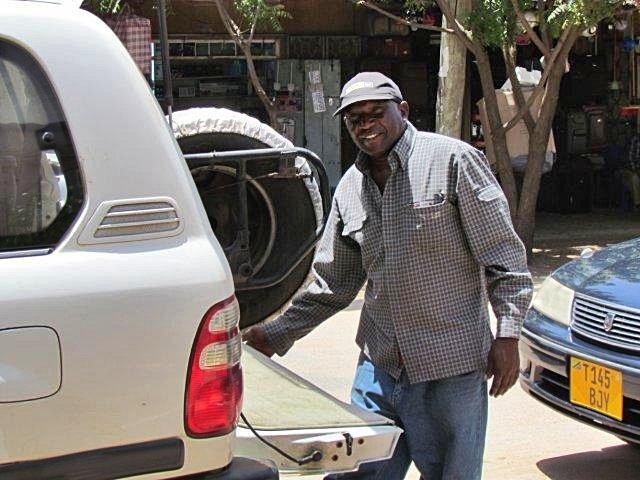 William, my trusty driver and in his own words, my bodyguard, gets on with loading the groceries into the back of our vehicle 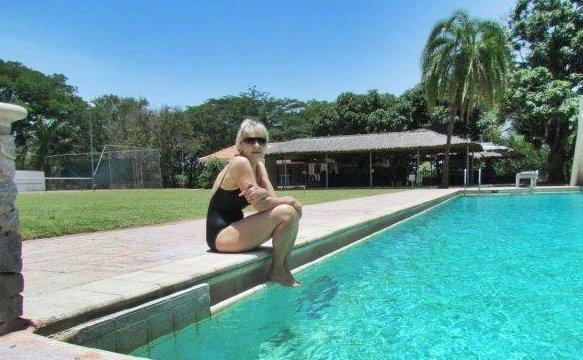 After a hard day in town and having to unpack everything in the stores on Wednesday afternoon, I spent Thursday relaxing with friends...

May you all have a wonderful weekend.
Posted by Jo at 3:30 AM