Another lovely weekend in Mwadui 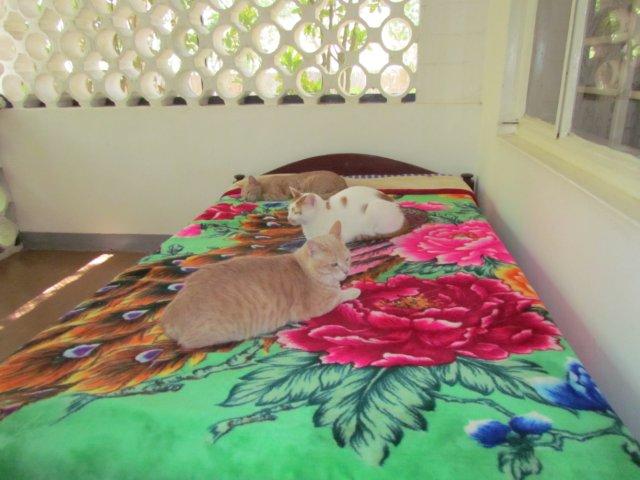 After seeing that my cats' comment (complaint) on Forever Pets, that they could be starving to death, I decided to post a photo of them taken yesterday afternoon. I've moved a bed from my spare room onto the enclosed veranda. The cats have taken to this piece of luxury without twitching a whisker. Above photo is proof of the [physical] well-being and happiness of the Hedges Cats!

On Saturday evening, as normal, we took along some tasty snacks to share with the other South Africans while the men watched rugby. There are normally only three of us ladies: Ntsia, Amanda and myself. Nsia and husband, Rob, are in Arusha for a couple of weeks and Amanda sent me a chat to say that she has a cold and won't be coming to the club.

I packed a separate plate of snacks and walked over to Amanda and Andre's house for a visit.  Although she was feeling ill, we talked non-stop while Andre watched the rugby game! (Not sure if he managed to catch it all with all our chatter behind him!) 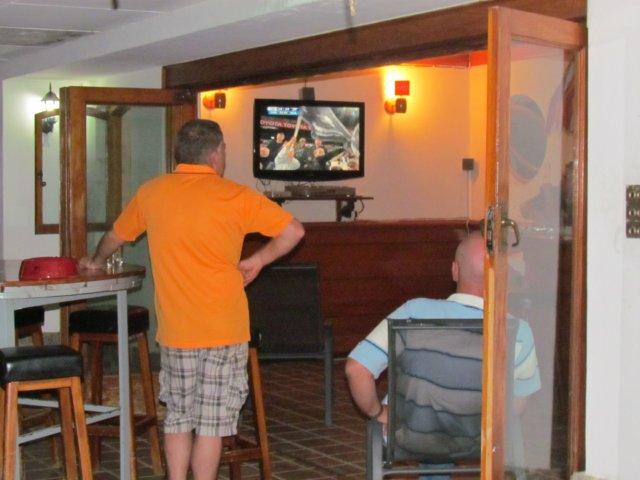 Every Saturday night the men watch rugby on the big screen TV at the club. I always take a large tray of snacks in lieu of the meal we don't eat at the Guest House that night

When I got back to the club, some of the men were making pizzas in the special oven outside. I was touched when one of the young lads offered me a vegetarian pizza saying that they felt it was time to spoil me in return! 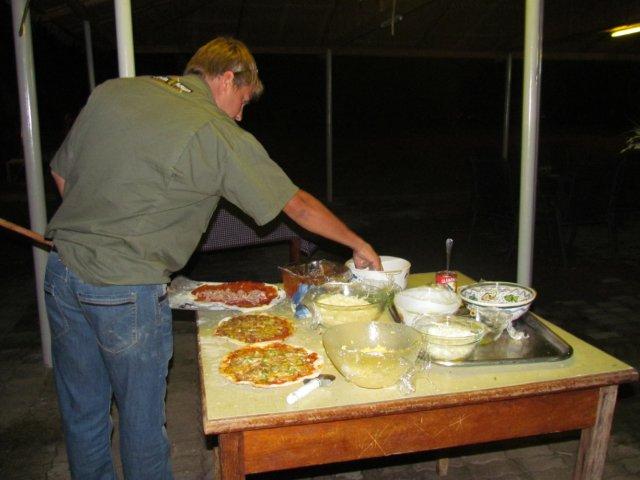 One lad built the pizzas... 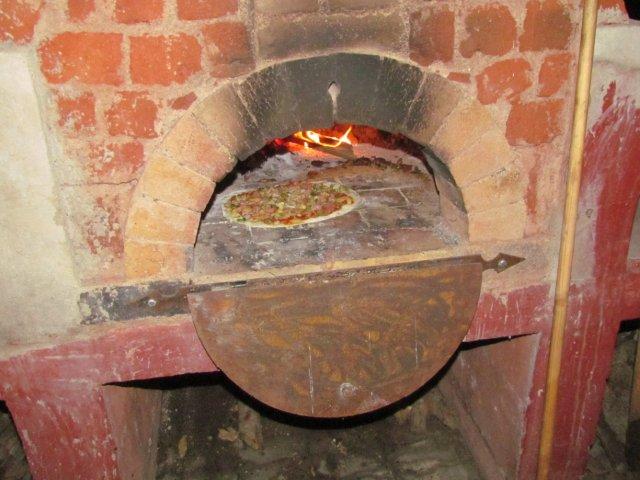 ...while another baked it in the oven

I hope you all have a wonderful week.
Posted by Jo at 3:30 AM