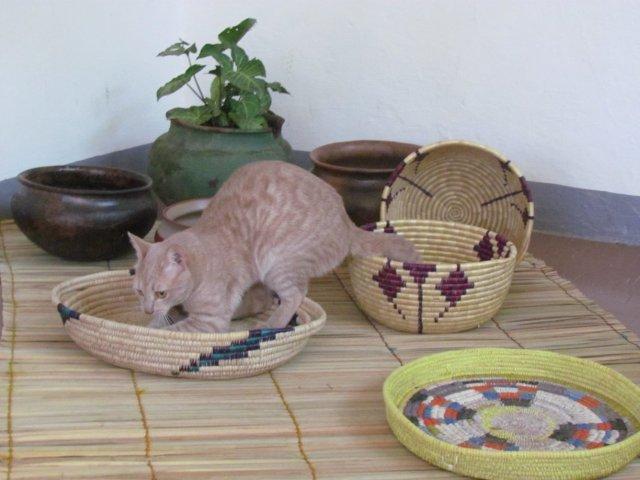 Ambrose puts his scent on one of the baskets displayed in my African corner!

Over the past months since arriving in Tanzania, I've collected a few African artifacts; some I was given as gifts and others I bought. As much as I promised myself I wouldn't create an African corner in my house (this used to be a fad in the seventies) I eventually set up a display on the veranda. The one reason was that I knew my cats would be into the baskets in no time at all. And they were... 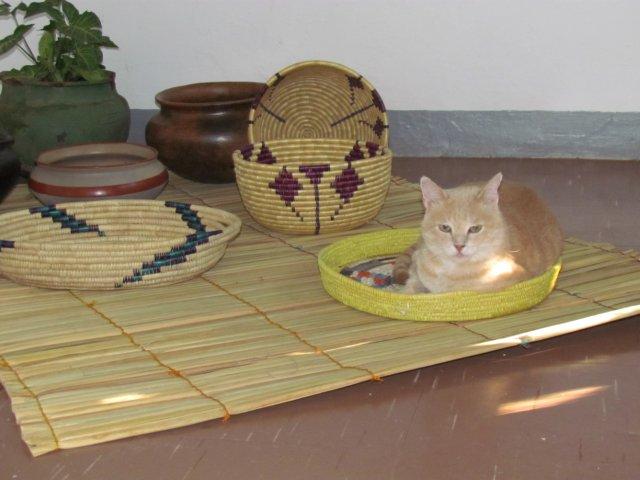 A while later, Ginger climbed into a flat fruit bowl and posed for me. I love the dappled sunlight playing across Ginger and the floor. The cats love this veranda which catches the morning sun and  is basked in afternoon sun as the day progresses 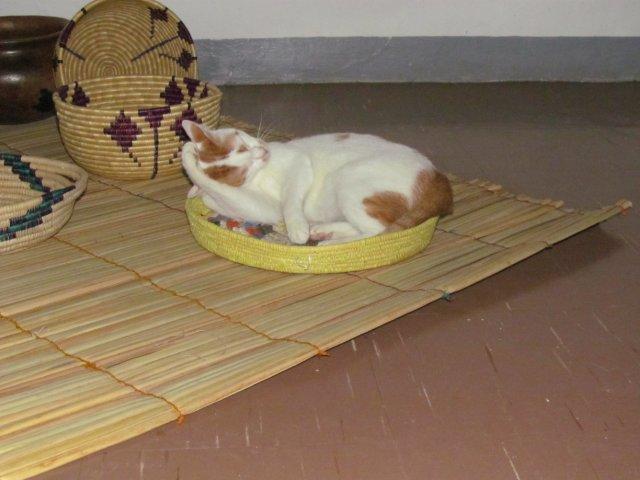 Even later still, Shadow climbed into the fruit bowl and had a bath!

For more posts of pets around the world, click here
Posted by Jo at 3:30 AM