This morning I posted about me and Amanda visiting Buhangija School early in December. Although it was a working visit for us, we were also preparing for the big Christmas Party she'd arranged for Saturday 20th December.

In reply to one question from a reader, the center is in a town called Shinyanga which is 34 km from where we live in Mwadui. Amanda, and/or any of the other volunteers endeavor to visit the school at least twice a month.

As usual all the women on camp pulled together and made toys, bangles, knitted hats, scarves and brought in dozens of games and other interesting items from South Africa.  Marita's sisters in South Africa, sent dozens of pencil cases, each one containing a flashlight - with batteries - and stationery. Louise' mum-in-law knitted beanies and brought them with her last week. Louise brought in cotton hats and dozens of knitted teddies. Nsia collected a huge pile of soft fluffy toys from friends in Tanzania. 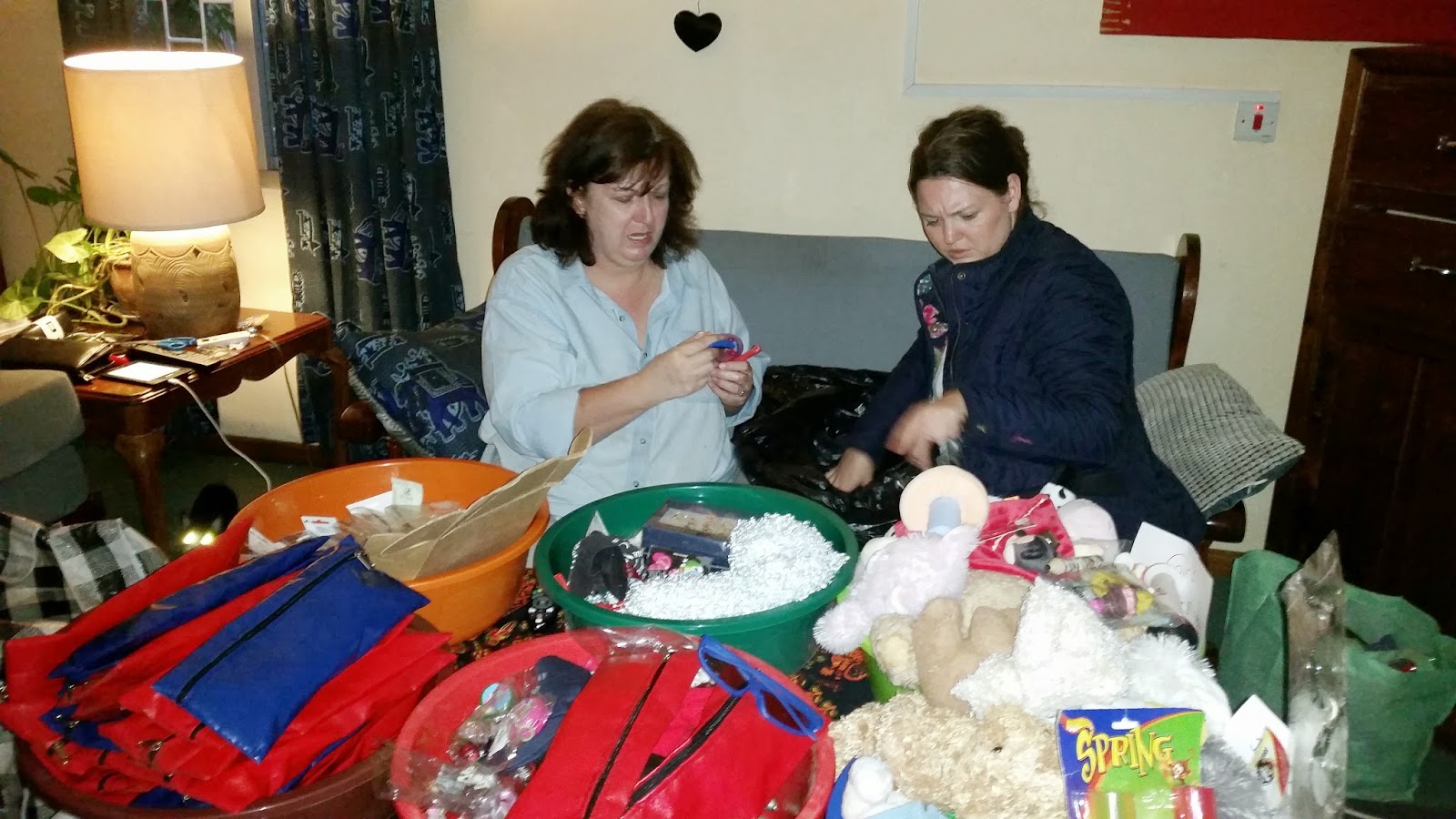 When making up Christmas parcels for 300 + children, we placed the items according to age. in large basins. Note the red and blue pencil cases; fluffy toys, mini-gadgets and games

During the year, Amanda made hundreds of toys and activity boards. To this effect I sent her all my empty containers. (our own recycling system here in Northern Tanzania) Amanda brought in huge bags of beads; I bought thin wire at Shinyanga General Dealers and subsequently made bracelets. Whenever we stay over in a B&B or hotel in Tanzania or in South Africa, I collect and bring back the mini soaps, toothbrushes and paste; shower caps; shower gel; shampoo; sewing kits and hand lotion.

Amanda drove me around town;  I bought dozens of girls' and boys' underwear;  tubes of toothpaste, tubs of Vaseline; bottles of glycerin and every packet of lollipops and toffees available in town. Amanda bought cartons of mini-packets of biscuits and bottles of candy balls. We added scores of balloons and found some pretty Christmas decorations in the local dukas/shops.

The men (who have real jobs!) gave of their time and helped with visits during the year or offered vehicles to transport food, sodas, clothes and water regularly. Recently they generously gave money towards items we had to buy for the party.

On the 16th December, Steve's wife, Carolyn flew in from the UK. She's spending two weeks over Christmas and New Year here with him in Mwadui. After I met her, I said the best way to get to know the other ladies on camp, was to come with me and help make up parcels for the Christmas party. She and I walked up to Amanda's house; there we  met Louise' 80 year-old MIL, Joey, Louise, Debbie, Louise' daughter, Henricke and Amanda. Together we started to make up Christmas parcels. 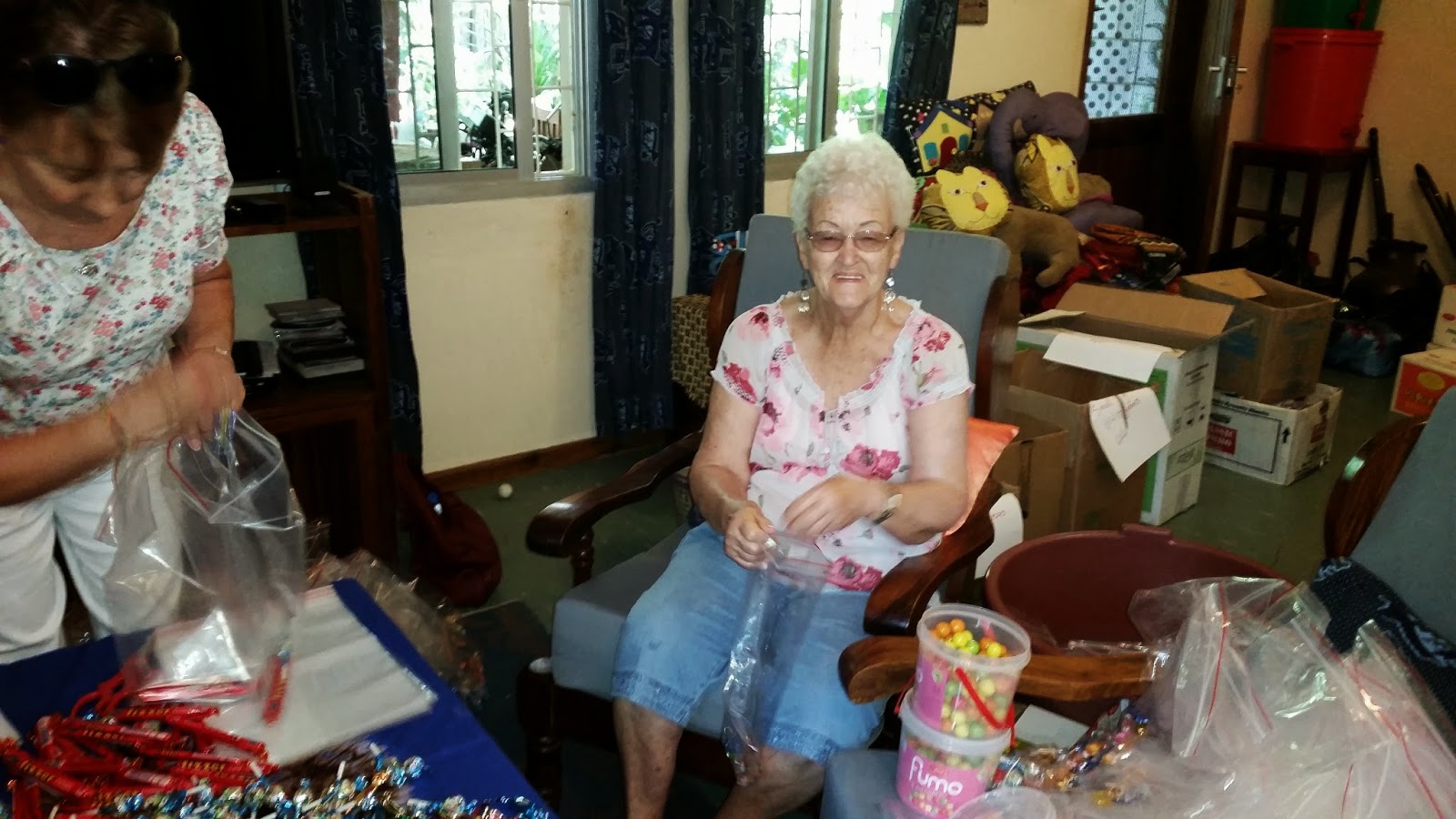 Carolyn and Joey filling bags with sweets, candy balls, biscuits, toys, pencils, games, jewelry as befitted the gender and ages of the children 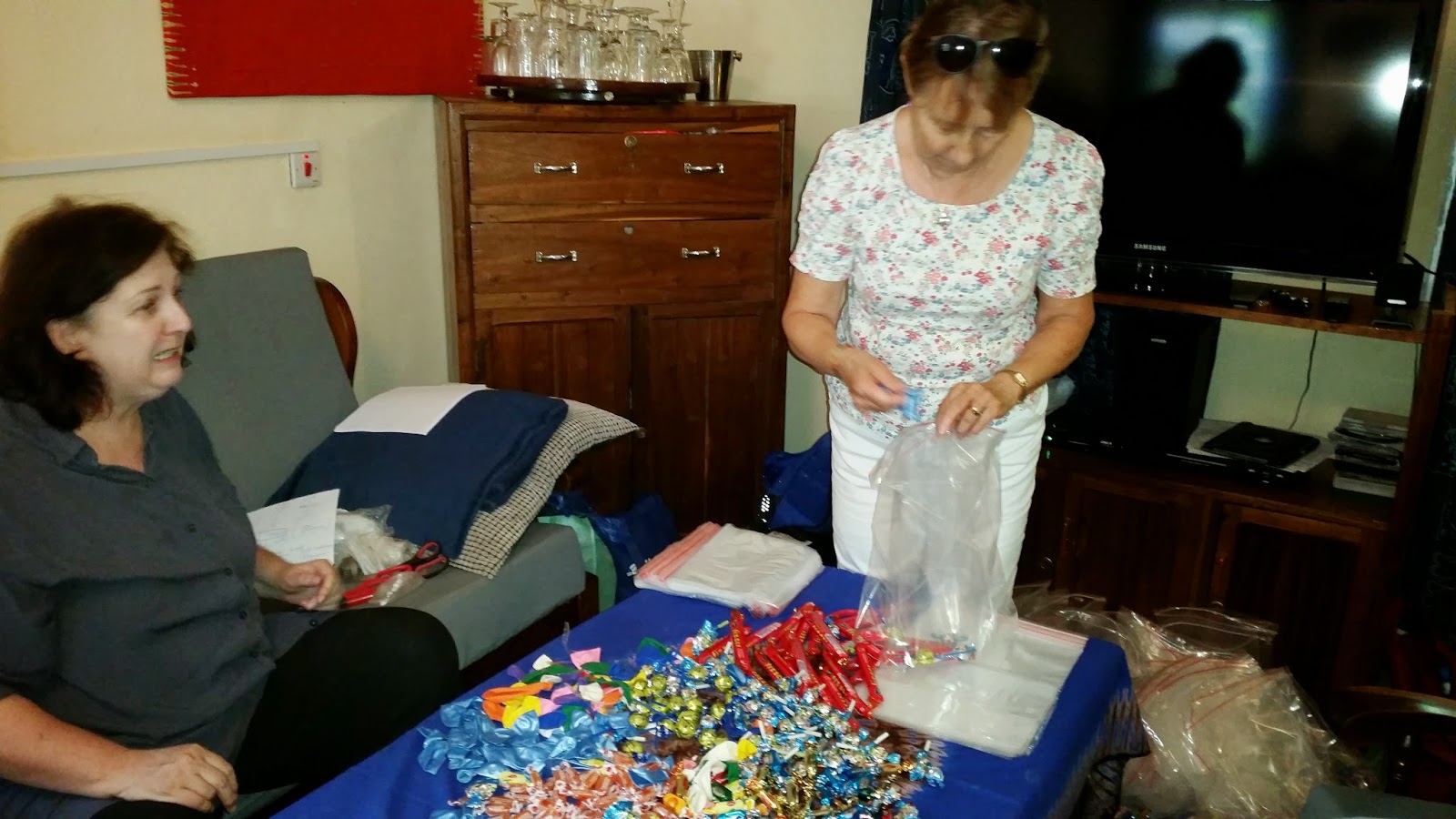 Carolyn loads the first of the sweets into the bag. There were hundreds of fruit chews,  toffees, lollipops and fizzers on the table ready to go into the bags 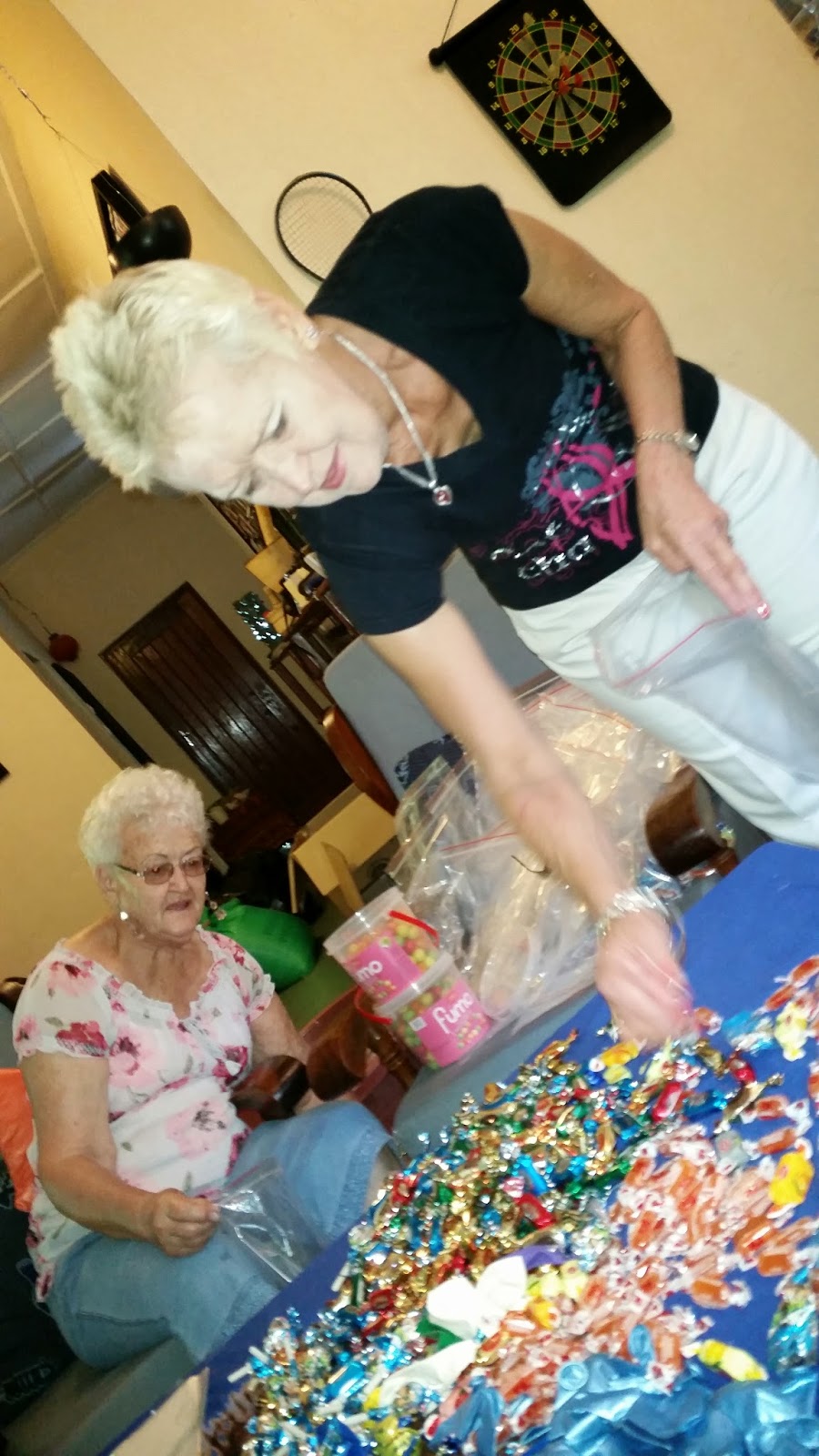 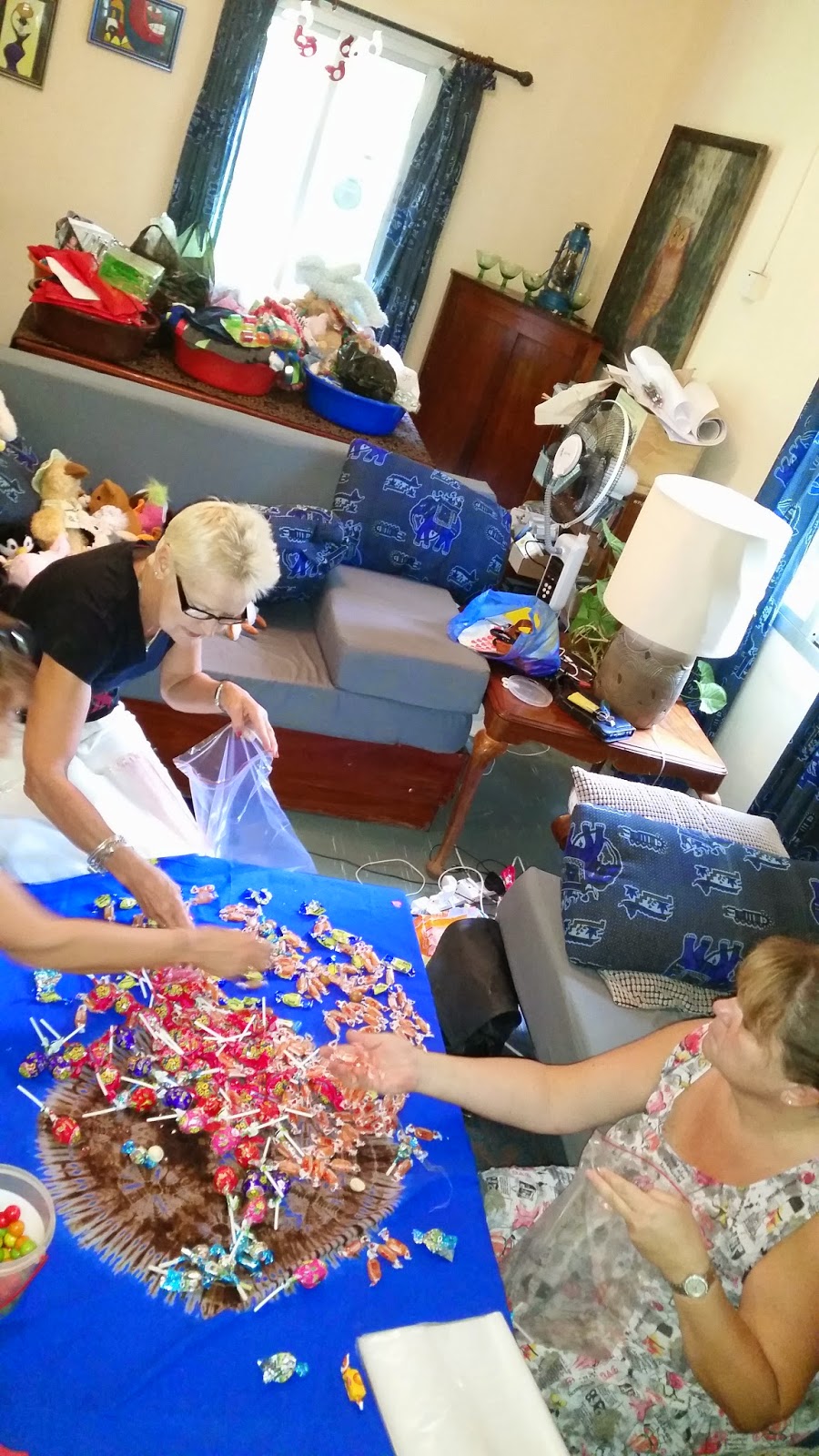 A closer look at the variety of sweets and lollipops 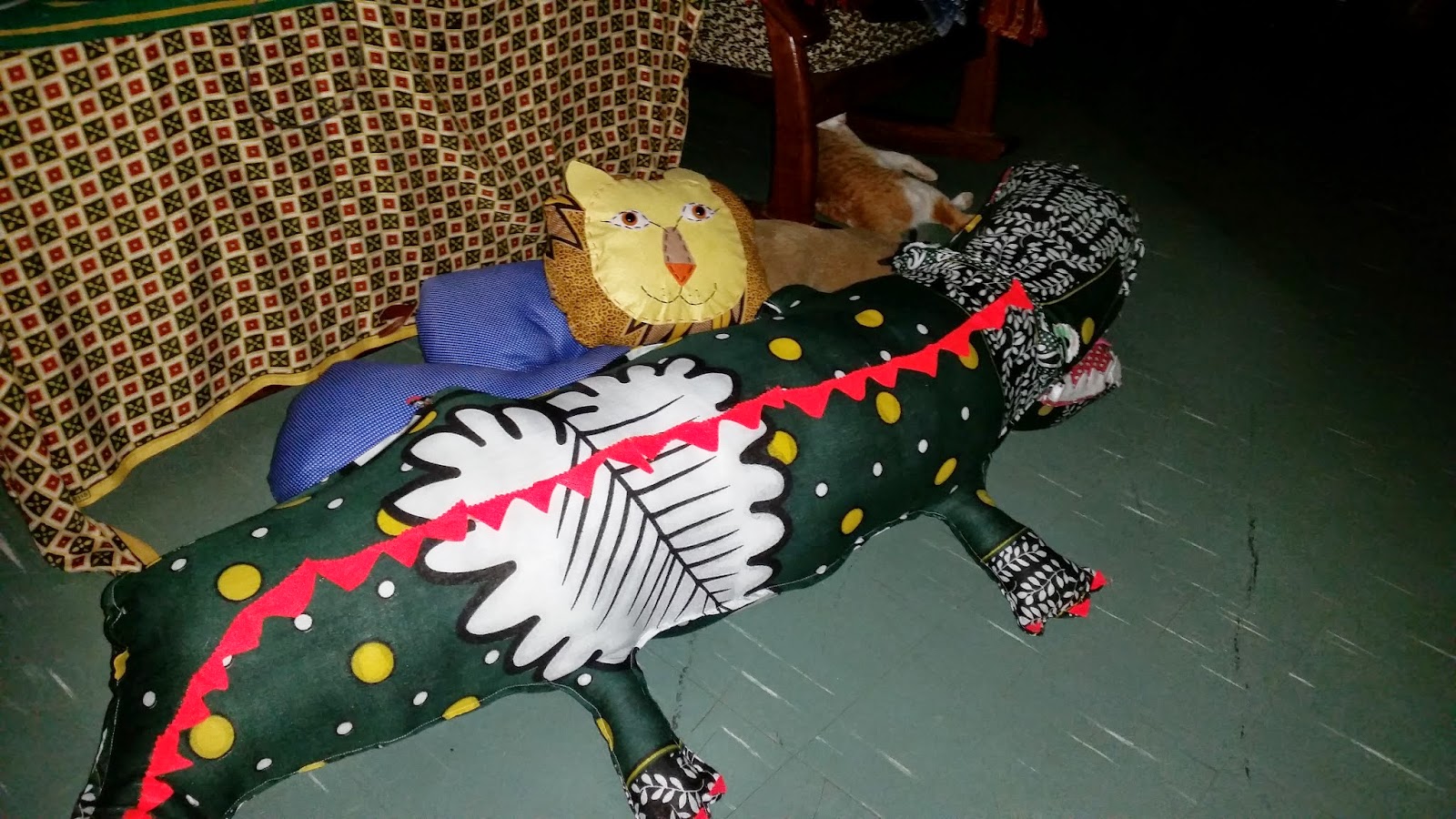 A couple of the many toys Amanda made during the year

The day before this gathering of making up the goodie bags, my Guest House kitchen staff helped me to pop, fill and seal 10kg of popcorn kernels. 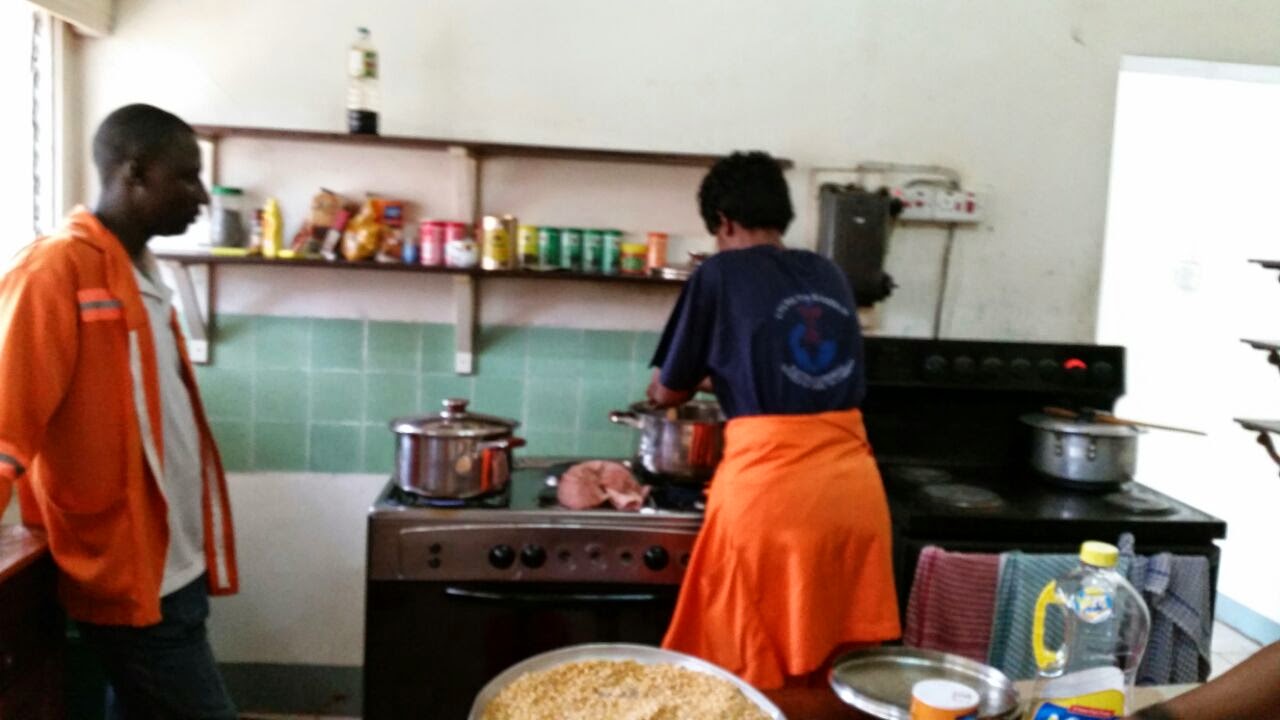 Chef Michael and Salome pop the corn on the stove 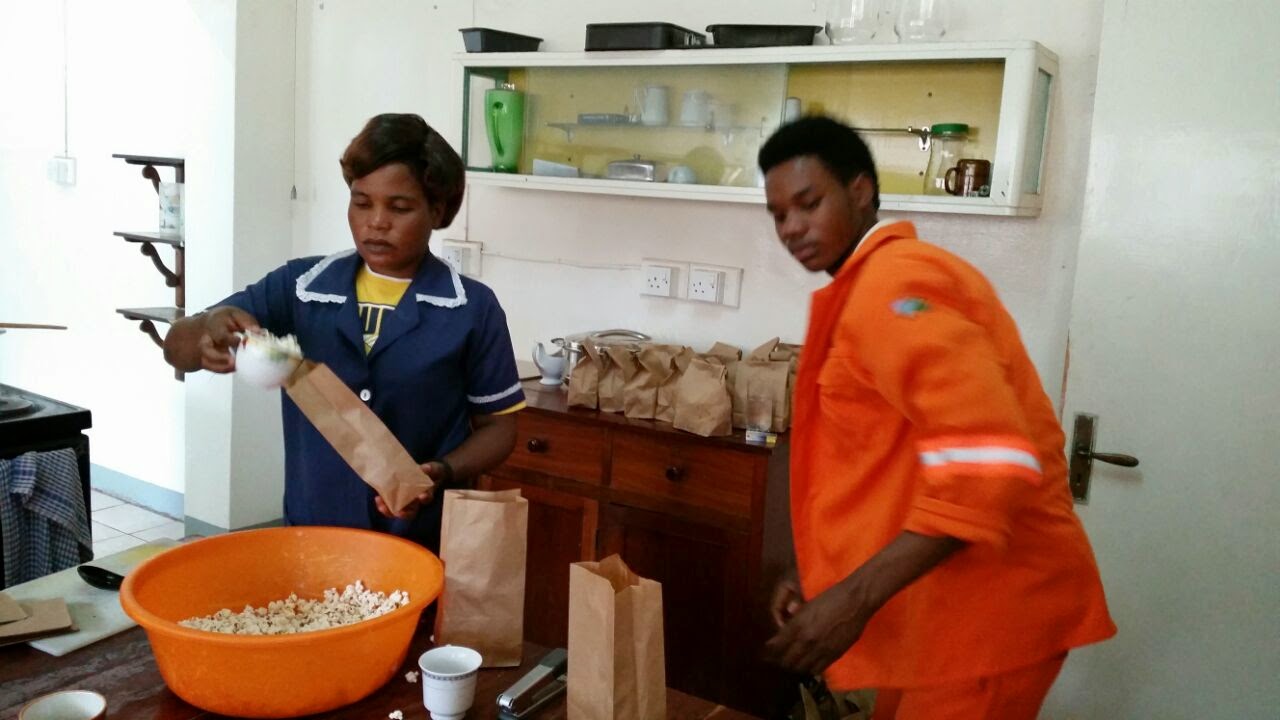 Pendo and Isaac filled the bags 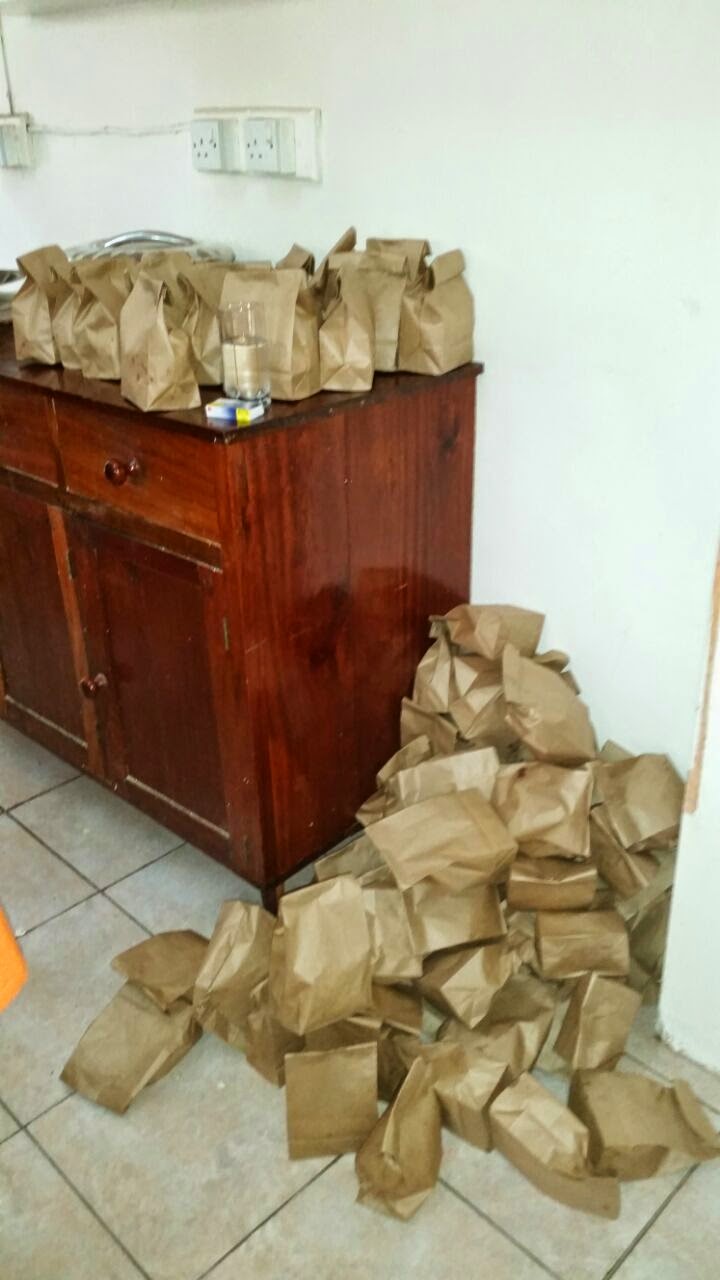 While I sealed them 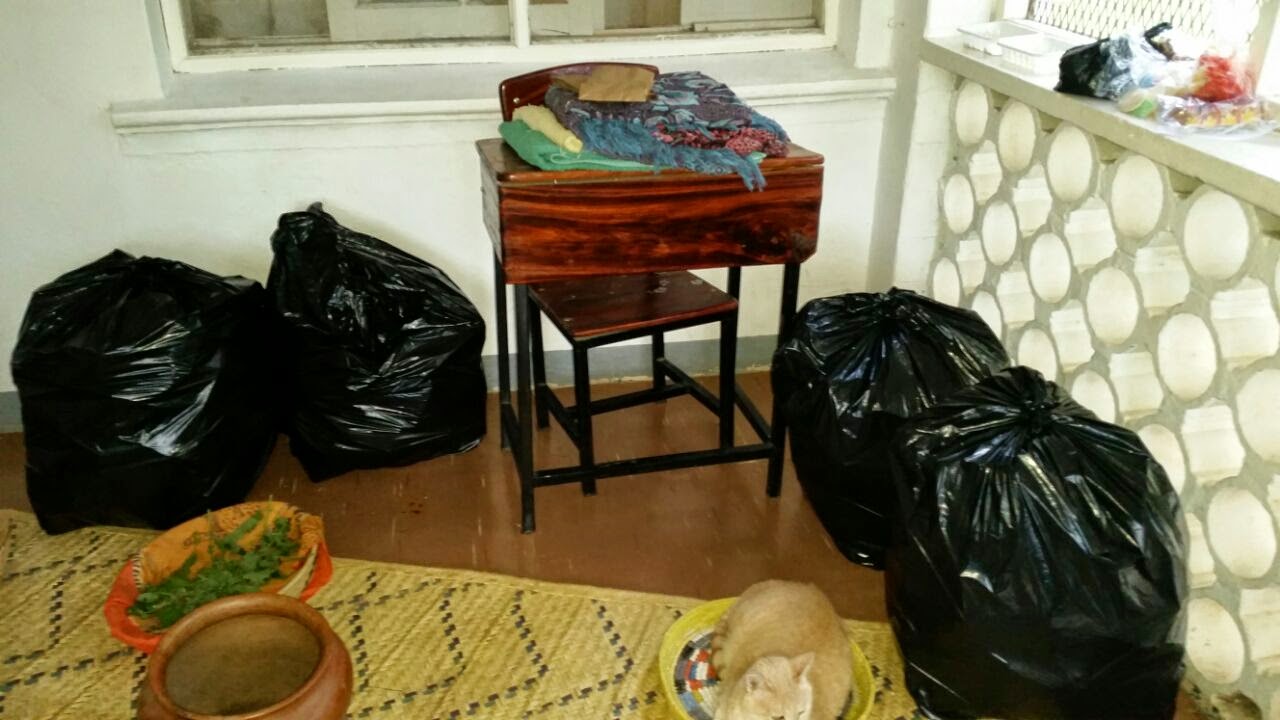 Huge garbage bags filled with paper bags of popcorn: 300 in all

Then the day of the PARTY! 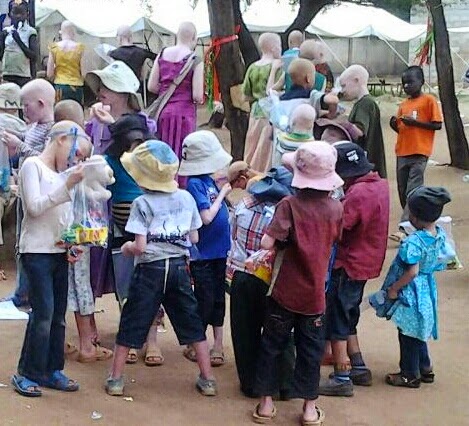 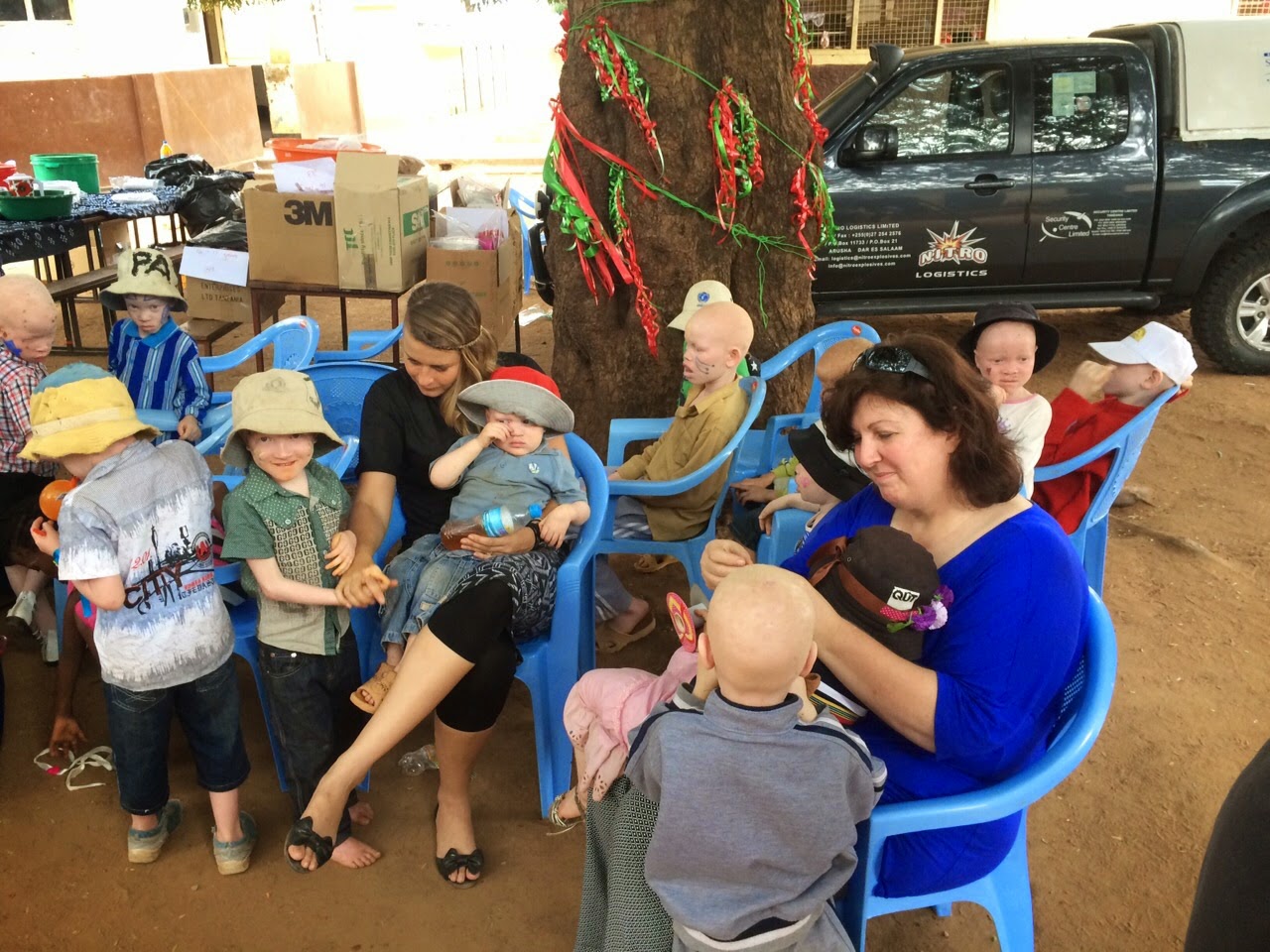 Amanda and Clare with children around them 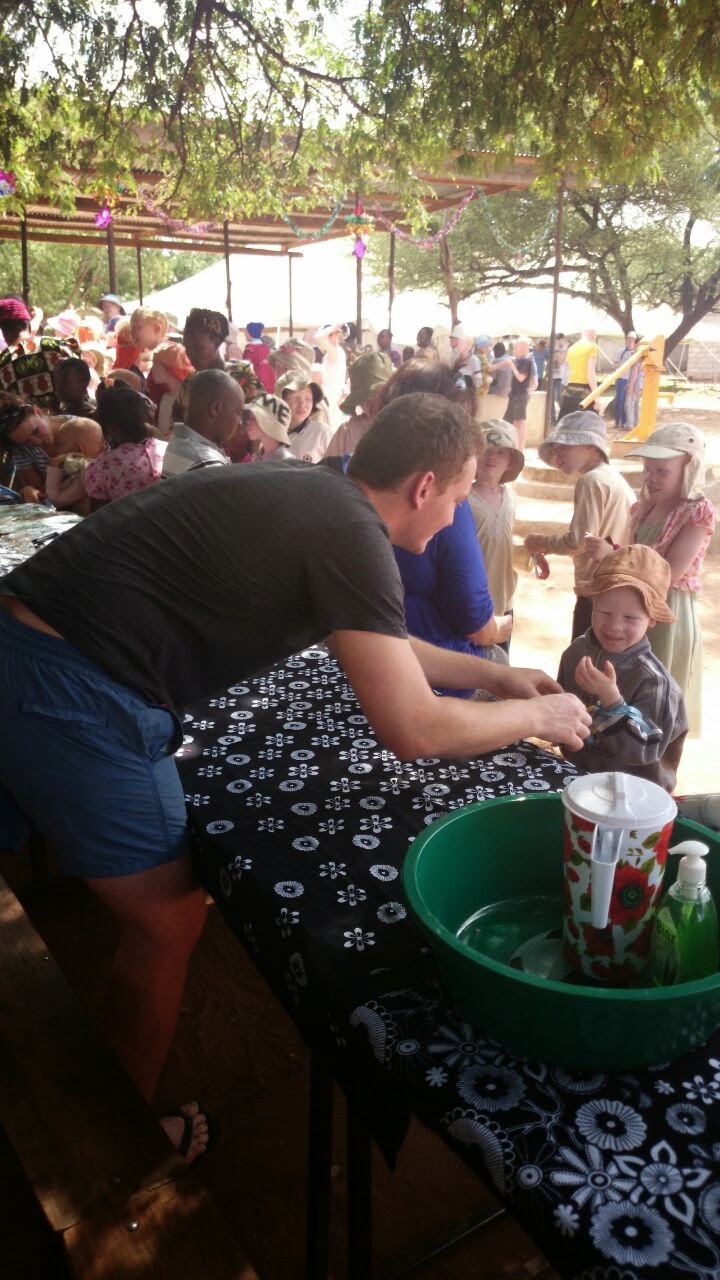 Amanda's son, Zardo helps the little ones
to wash their hands before lunch 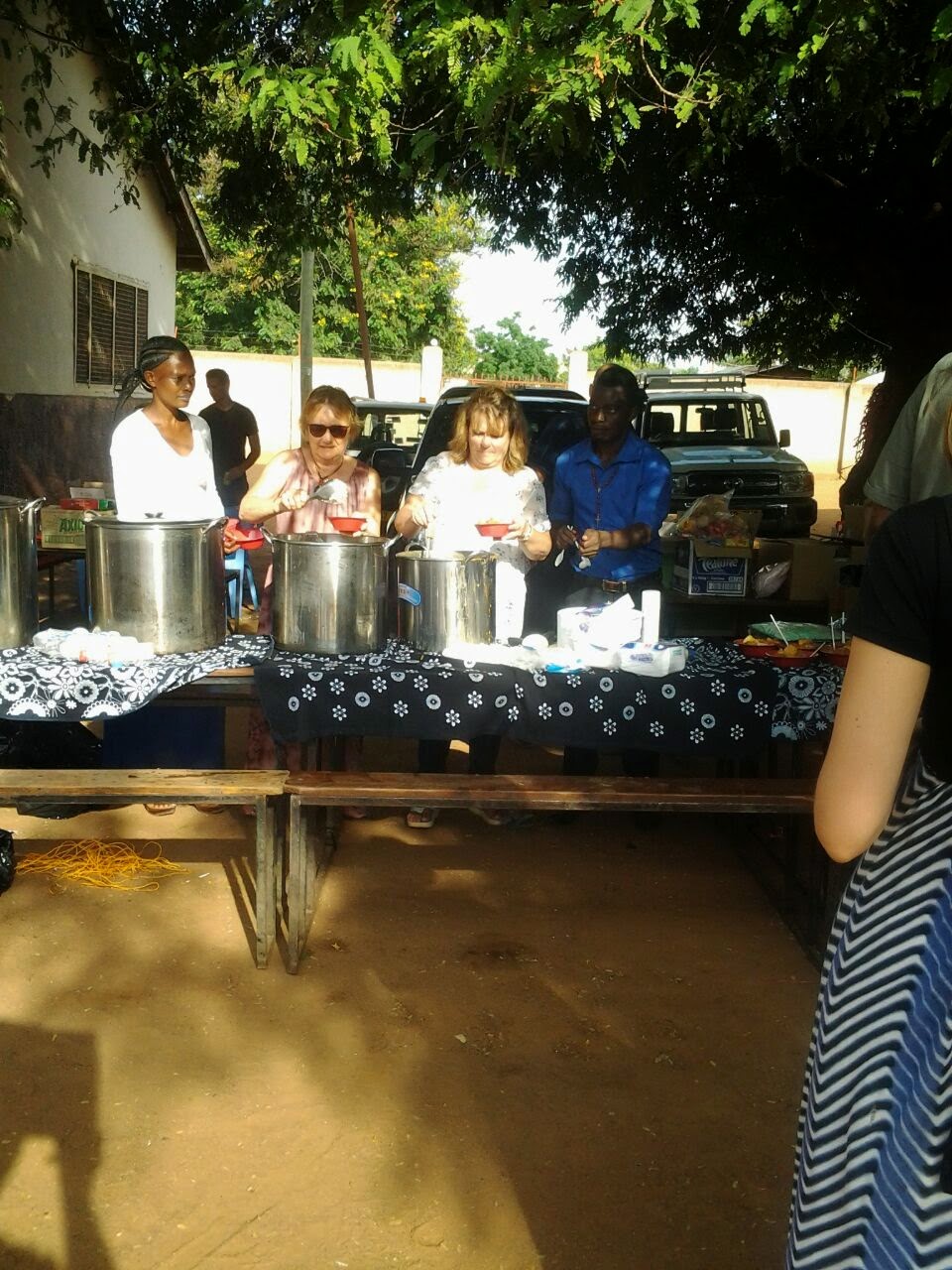 The ladies served delicious stew and rice
which Amanda had made in huge quantities in her home! 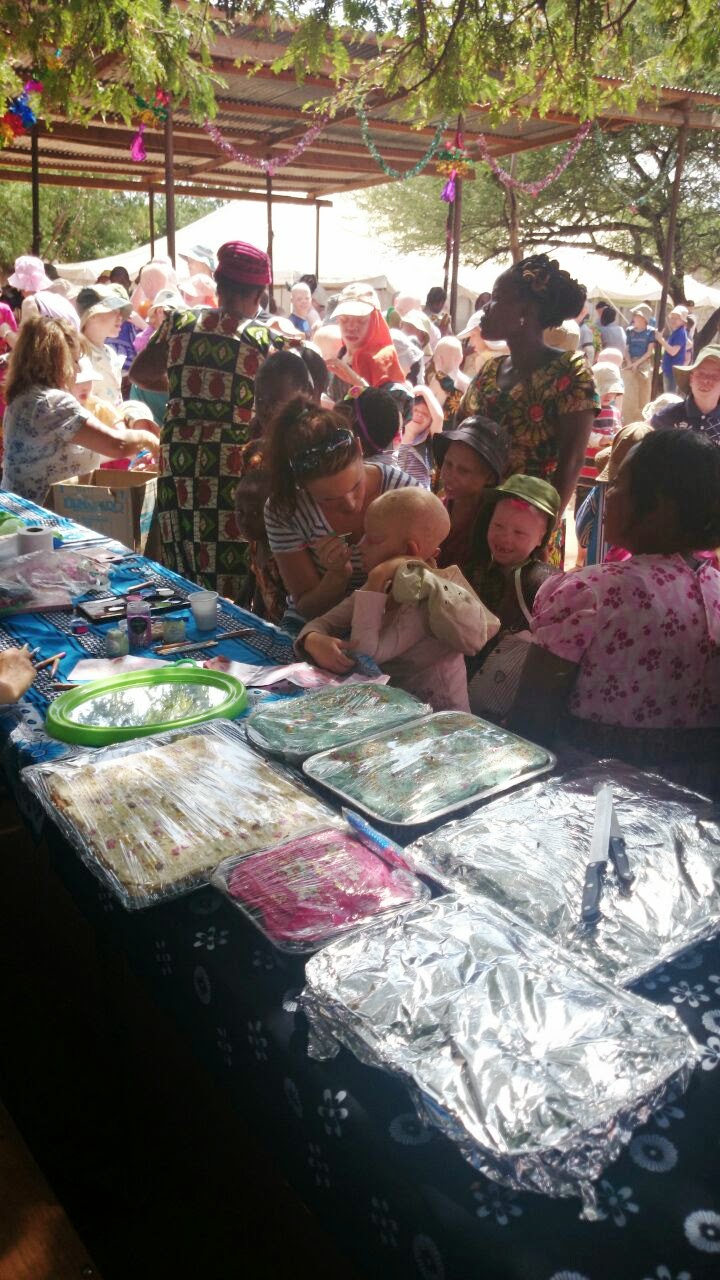 Huge cakes, baked and iced by Amanda and Debbie were served after the meal 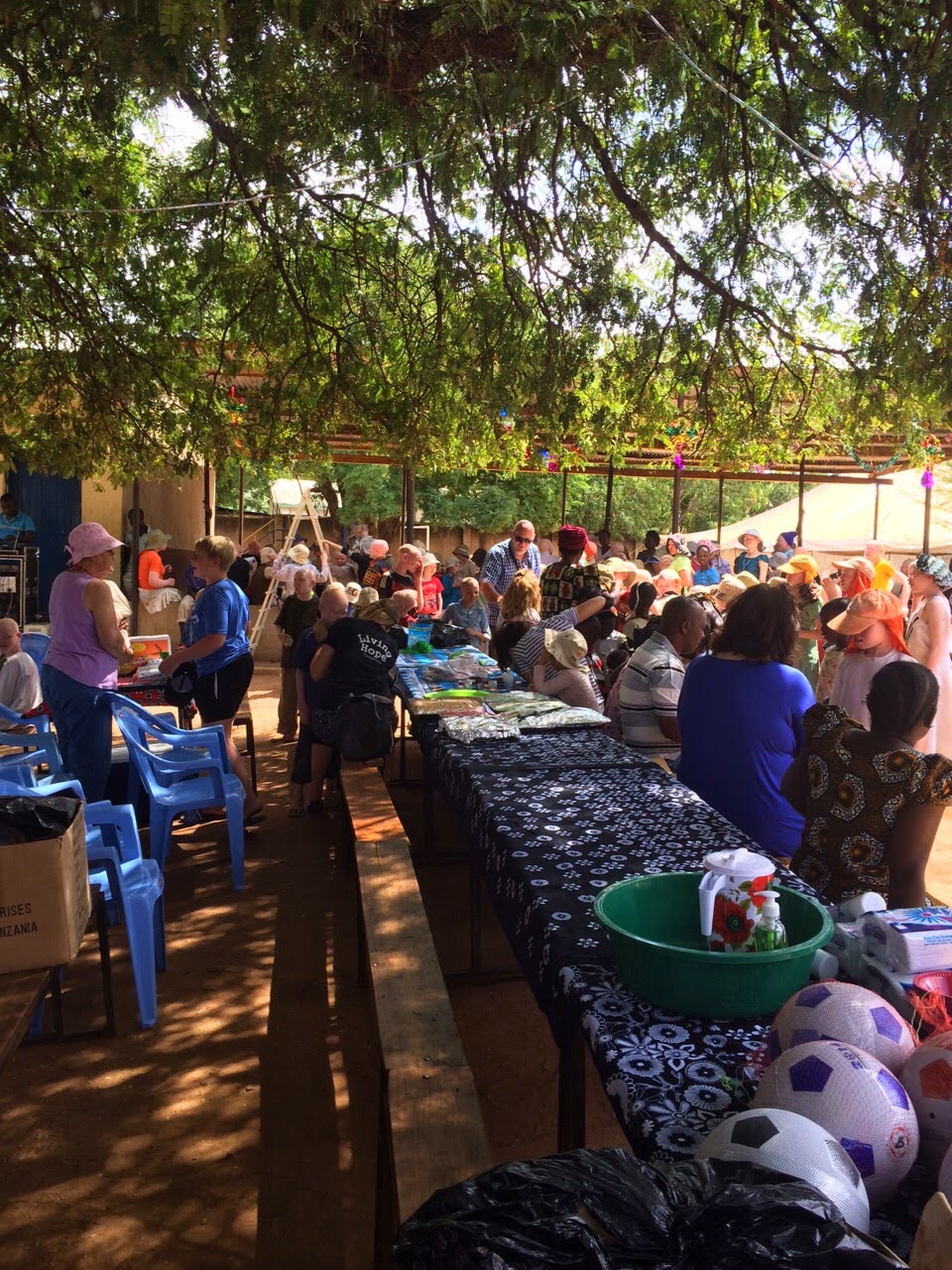 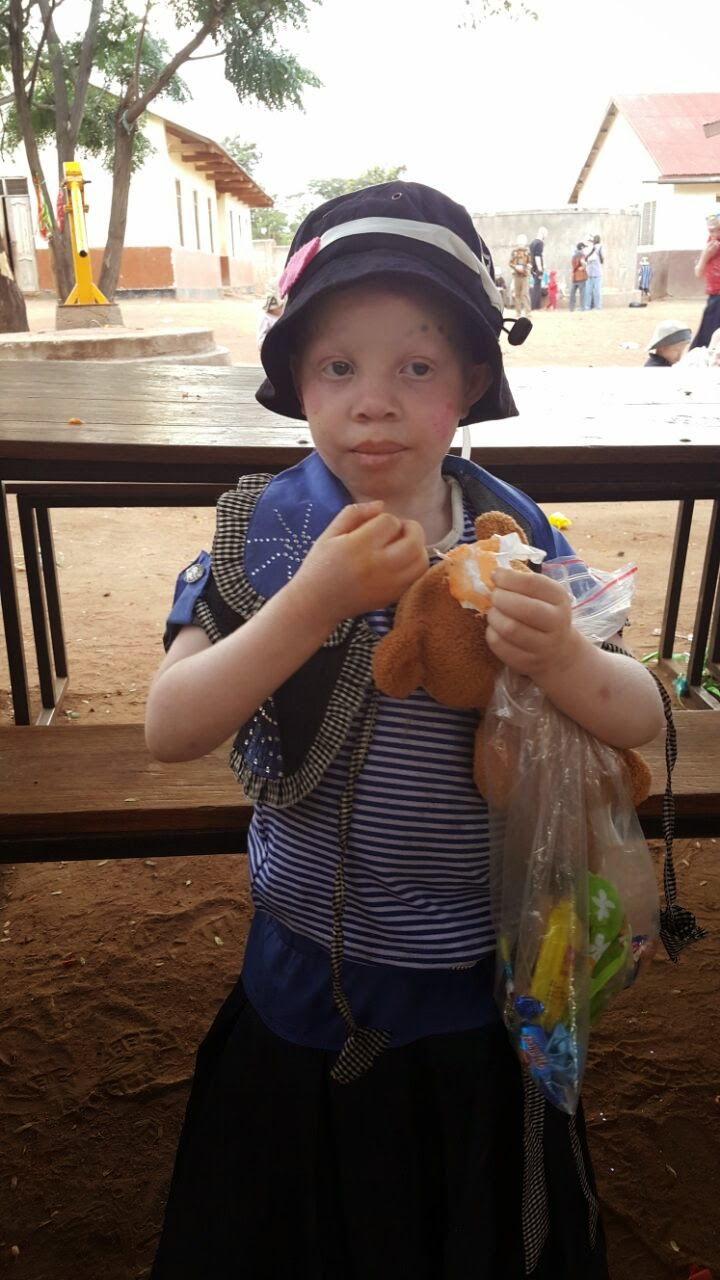 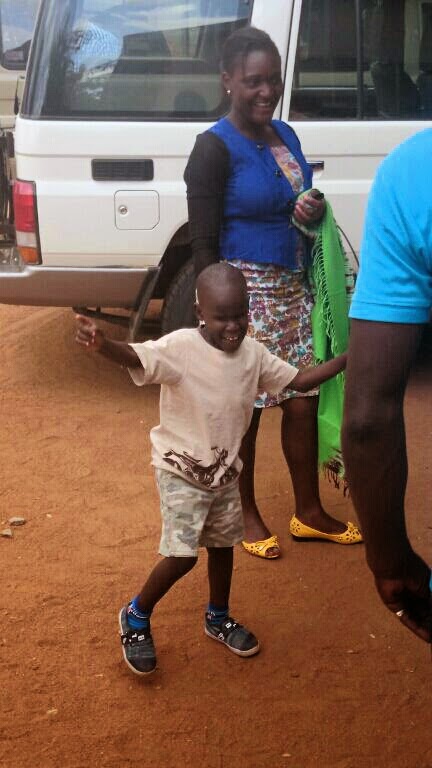 Little Barak, the blind boy and the reason why Amanda and I  first became involved with Buhangija Center,  enjoyed the party just like the other children 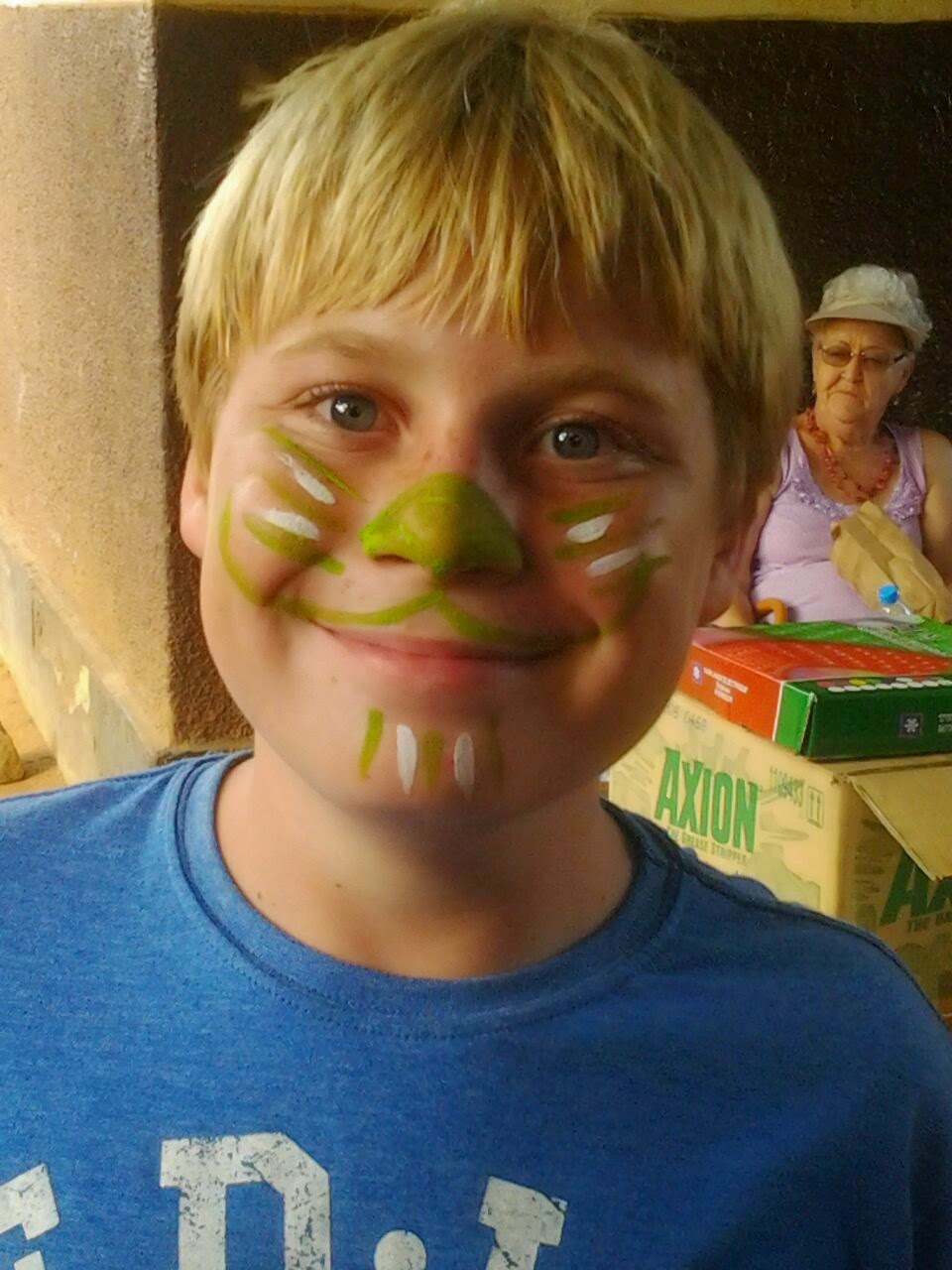 Young Wessie shows off the face-paint that his sister, Henricke did for all the children 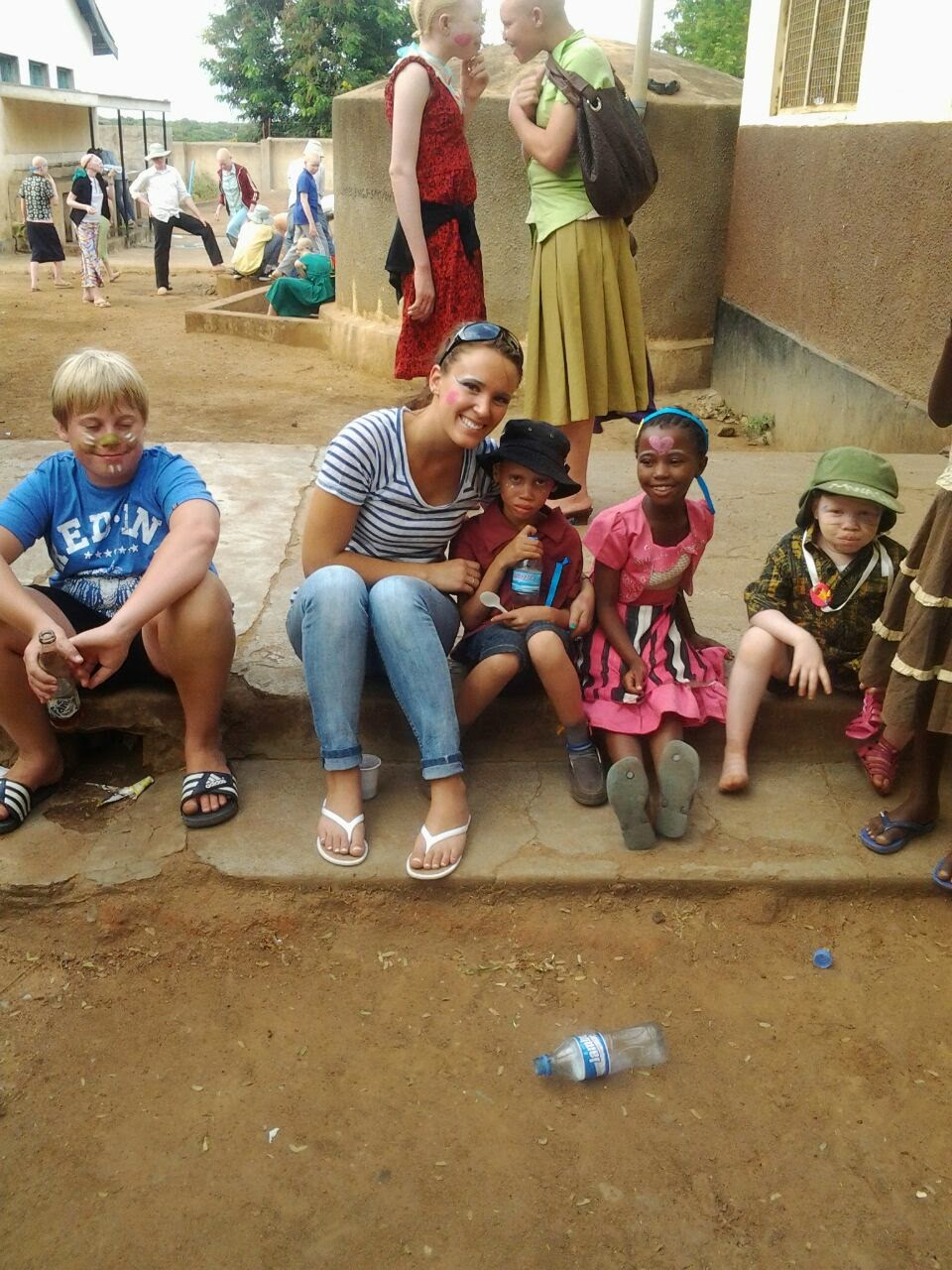 Henricke and Wessie with with several of the children. I love the two teenagers behind the group who seem to be showing off their lip gloss (one of the many girly items we placed in the big girls' bags) 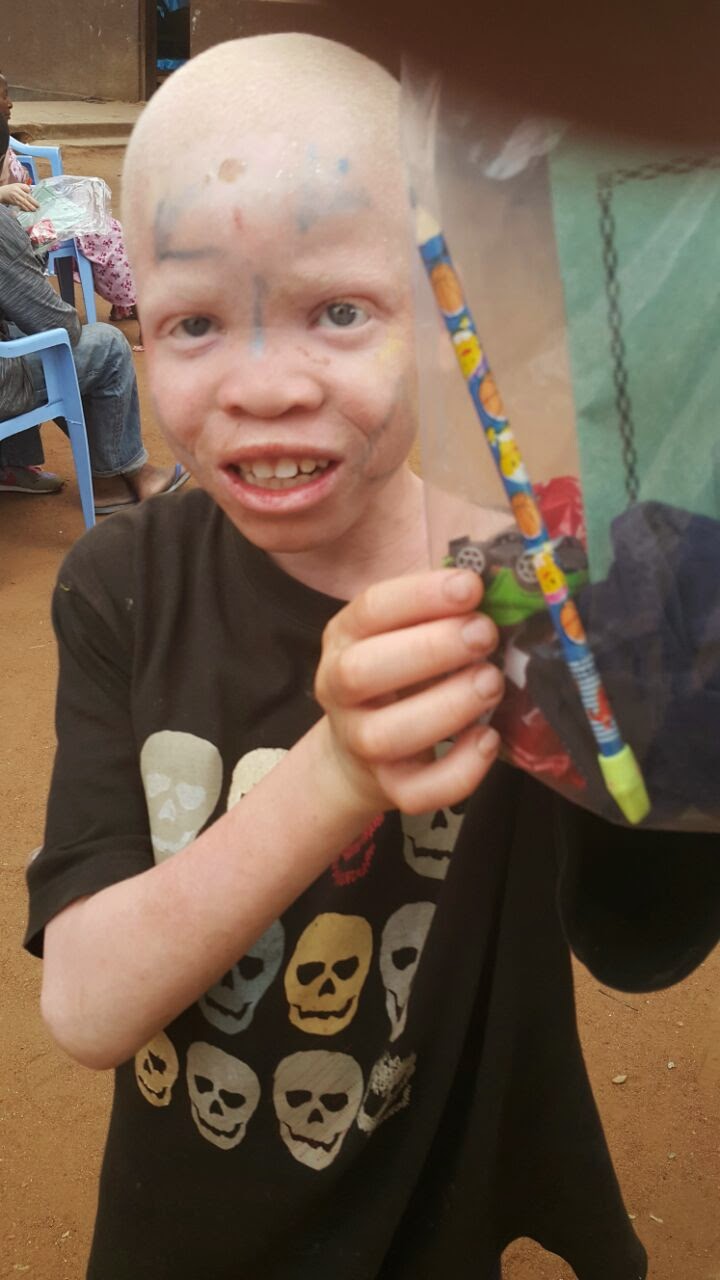 This little lad proudly displays his bag of goodies 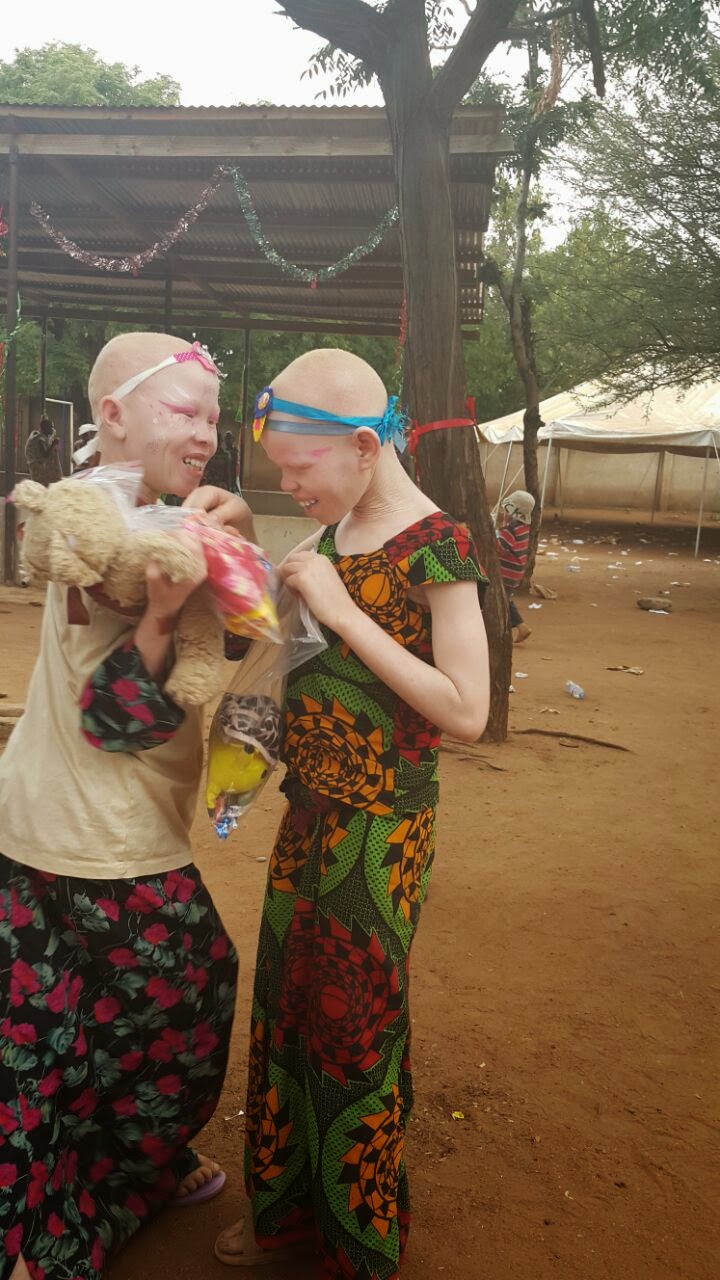 Two girls discuss the contents of their gift bags 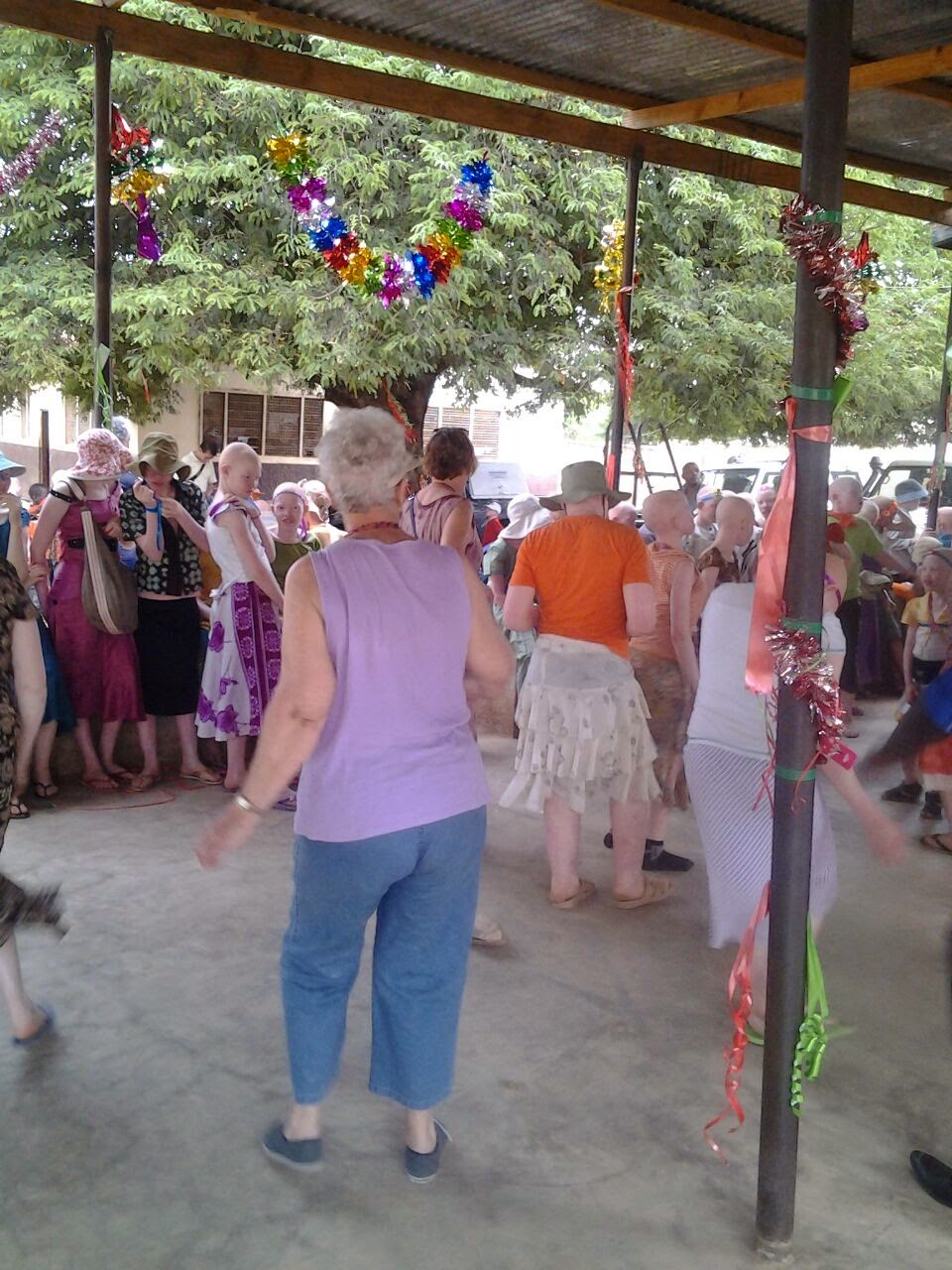 Two hours of disco music had everyone, young and old on the floor 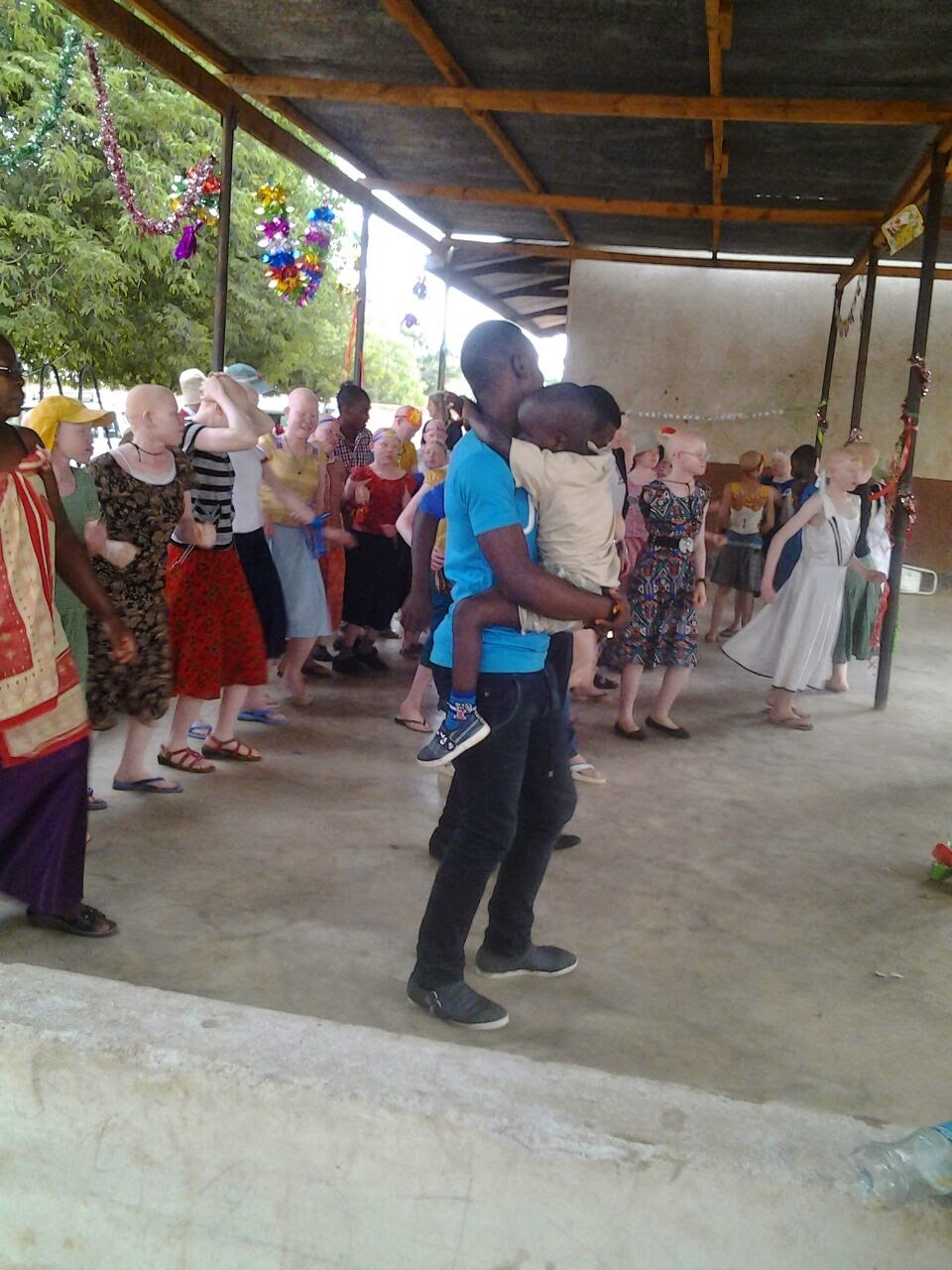 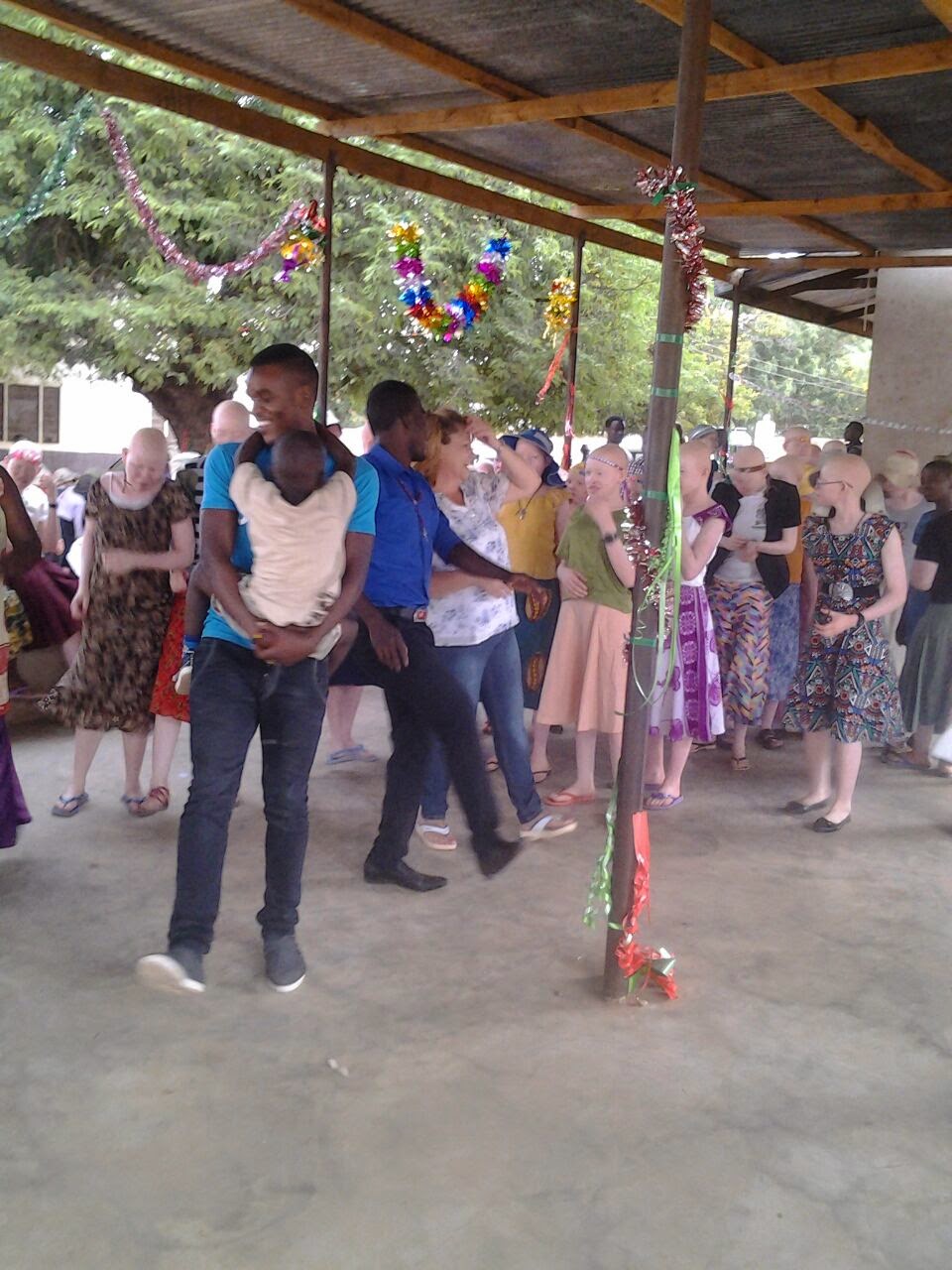 Louise is somewhere in there boogieing along with the children

Finally the food, cake and soda was finished. The gifts were greatly enjoyed. The music ended and the Friends of Buhagija, under leadership of Amanda bid the children and their carers/ matrons fond farewell.

Here's wishing all my blogger friends all over the world a
HAPPY NEW YEAR!