When I returned from holiday in June, one of the Guest House chefs had gone home to North Mara to attend a family funeral. He had only worked here for about ten days. He contacted the HR office from home and said he would not be returning to work. So we were back to one chef, James.


Within a few days Grant had located another chef, Paul. He interviewed him briefly and then sent him to my house here on camp to see what I thought of him. Paul is well over six feet tall but that's where his "greatness" ends. He is soft-spoken, humble and highly intelligent. Within a few minutes of speaking to him, I knew he'd be an asset to the staff.


James, who's been with us for almost three months, does all the mzungu cooking: stews, meatloaves, roasts, pies and of course the vegetables. Paul is my curry chef and cooks food enjoyed by the Indian men here. All the food is served together in the dining room, (more about this later) so South Africans enjoy the Indian menu and vice versa! 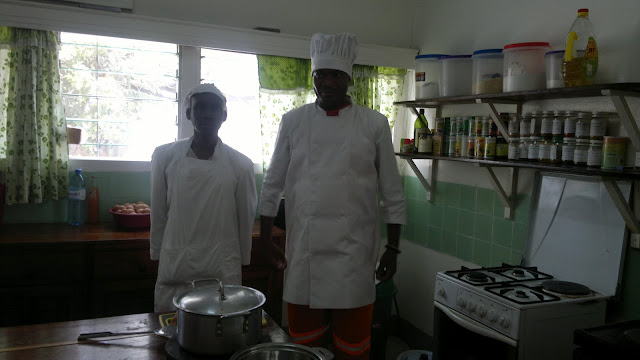 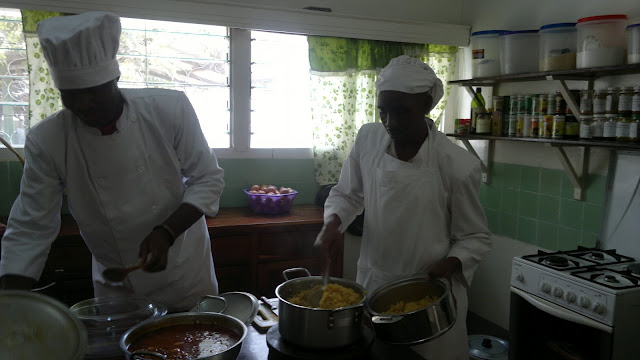 Paul and James work well together. Here James (right) places the rice into a serving dish while Paul does the same with the curry

They each have their specialties already: James makes the tastiest roast meat and potatoes, his meatballs are juicy and moist and he is an expert at making fritters from left-over vegetables. I've taught him how to cook a variety of South African favorites like sweet potatoes in a sticky syrup, boerebeans (farmer's beans: green beans boiled up with potato, tomato, onion. After it's cooked you drain the water, add a knob of butter, mash it well and sprinkle with a dash of white pepper) carrots, peas and broccoli mixed,  and cauliflower cheese.

Paul has taken over Salome's job of baking: mandazi (a very popular East African square-shaped donut), chapatis, pappadums, and American doughnuts that are to die for! Recently I taught him to make poorri (deep fried Indian bread) and I've also taught him how to make banana bread, treacle sponge pudding and banana fritters. 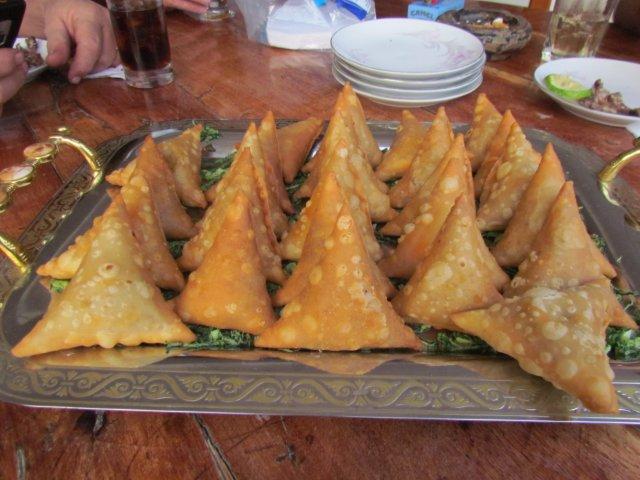 On Saturday afternoon I asked him to make samoosas for dinner. I also wanted to take a tray of these very tasty treats to the club that night. Well, he excelled himself! His samoosas were crisp and although deep fried, they were not at all oily. The meat fillings were juicy and spicy. Everyone enjoyed Paul's samoosas!

I hope you're all having a wonderful week!