and a visit from a friend!

Grant's senior Production Manager, a South African called Thys,* celebrated his tenth year in Mwadui. Although in South Africa, people stay at one specific mine site between thirty  and forty years, I've never before heard of an expat staying on one mine site outside SA. As you can imagine Thys has seen many people come and go on this mine. He's recorded their names in a diary and has promised to show me the list some time. He also has a plethora of stories, and we often hear a few of them when he joins us in our new shamba behind our house. 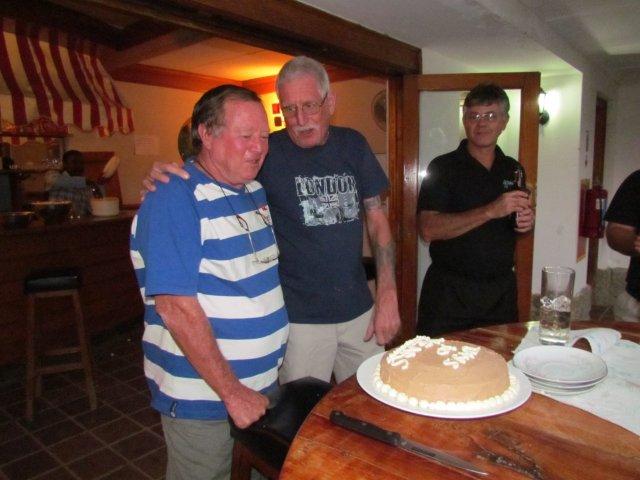 As we usually do on Saturday evenings, last week we congregated at the club for the men to watch rugby on the big screen. As a surprise, the Client had baked a cake for the occasion and at half time Grant called Thys away from his seat in front of the telly. We then presented him with the cake while Grant made an appropriate speech thanking him for his loyal service to the mining industry in general and the company in particular. 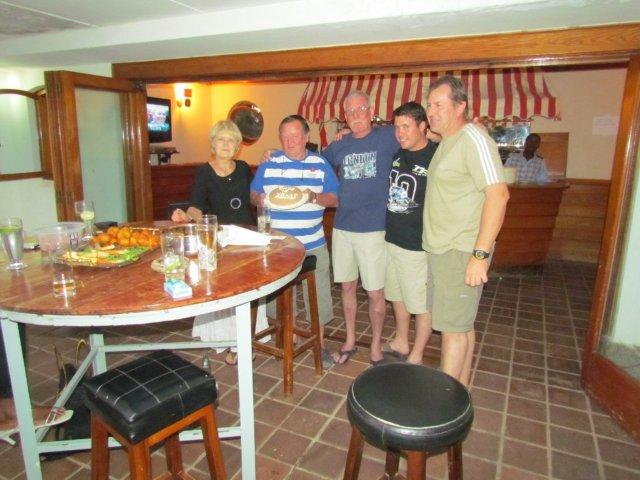 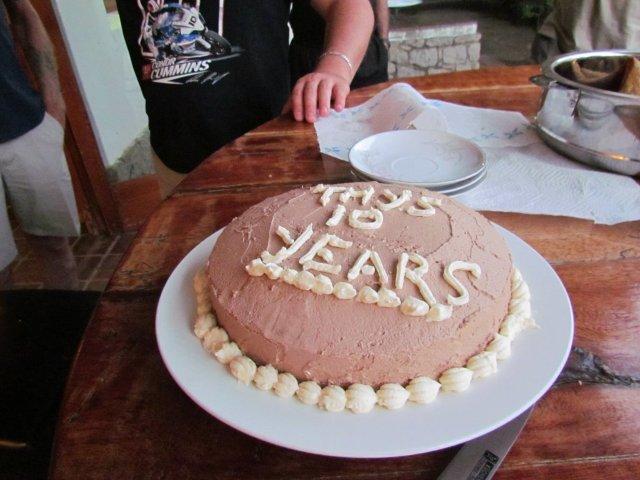 A cake baked in honour of Thys' milestone

Later this week, we had a BBQ in the new shamba behind our house. This time it was to send Thys off on his three-week holiday in South Africa! 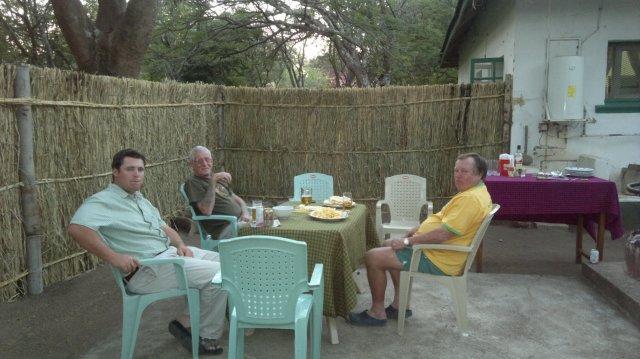 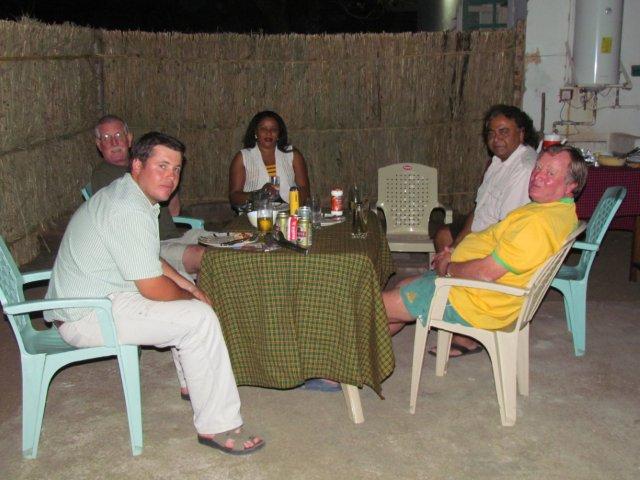 Later that evening, friends Ntsia and Rob jouned us for the BBQ which Marnitz had cooked

On Friday just before lunch, Grant phoned me to say we'd be having two extra guests for lunch. Our friend, Johan, from Keirio Valley, Kenya, is now working on a Tanzanian mine two hours south of our camp. He had just flown in from his leave in SA and as he has to pass our town on his way back to camp (well, within about 50 kms!) he and a collegue, Tinus decided to pop in and see us!

Many of my blogger friends will remember Johan as the guy who lived just down the lane from our house in Chebutie Camp in Kenya. He was there on "single status" which means although he's married, his wife and family are back in SA while he works away. It became a tradition for Grant and Johan (who support the same National team) to watch rugby together on Saturday nights and also for Johan to join us for Sunday dinner every week. It sure was good to see him again today! 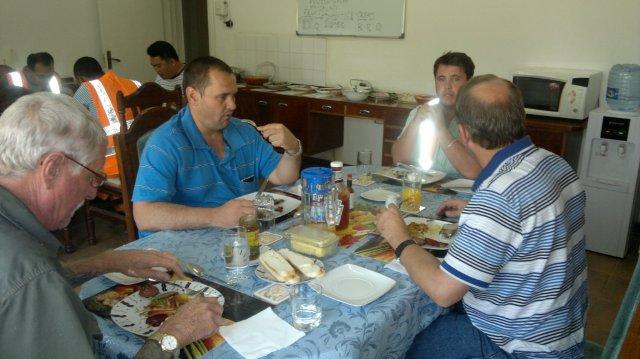 Johan and Tinus joined us for lunch today!

* Note: the name Thys, pronounced "Tace", is short for Matthys, the Afrikaans version of Matthew.