Yesterday Grant came home for lunch and he'd just seen an eagle killing a snake on the haul road. We checked up in the bird book and he identified it as a Tawny Eagle. After he'd had his meal, he said he was taking my camera to go back to the spot where he'd seen the eagle. Perhaps he'd be lucky and the bird would still be there. I wanted to set the camera on Manual but he reckoned he'd rather have it on Auto. (By his own confession, he's not such a good photographer)

He returned home after about ten minutes, greatly excited. The raptor was still there and at that point was eating its lunch.   When we downloaded photos onto my laptop, we were [both!] surprised to see very good images of a Tawny Eagle and the snake between its talons. 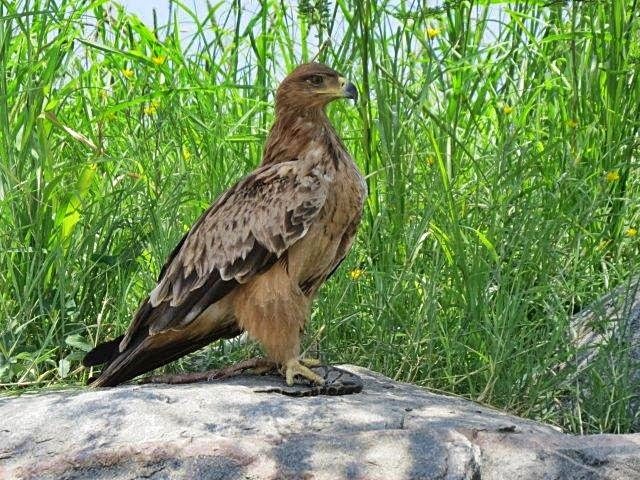 Tawny Eagle with the snake between its talons 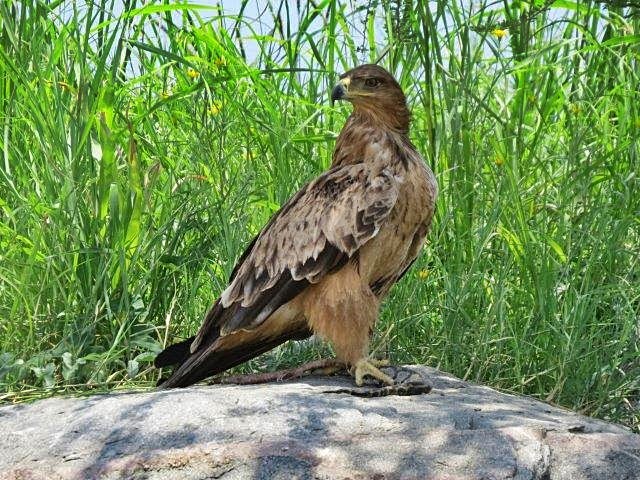 It makes me think that perhaps I should refrain from trying manual and custom settings when photographing birds in the field! But Grant maintains that he was just lucky and the bird was close enough to get good photos!