On Tuesday while in the city, I took snaps of the fences and walls surrounding the homes as we passed. 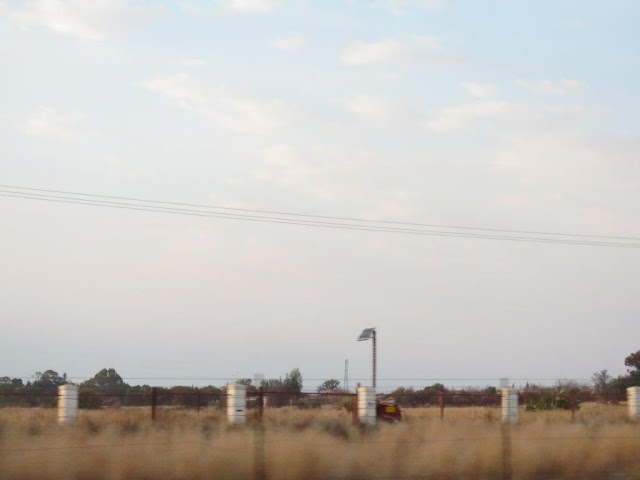 South Africa has many wide-open spaces - even in city suburbia. This shot is of pillars and palisades surrounding a large open tract of ground before the houses which are barely visible in the background (all behind their OWN fences) 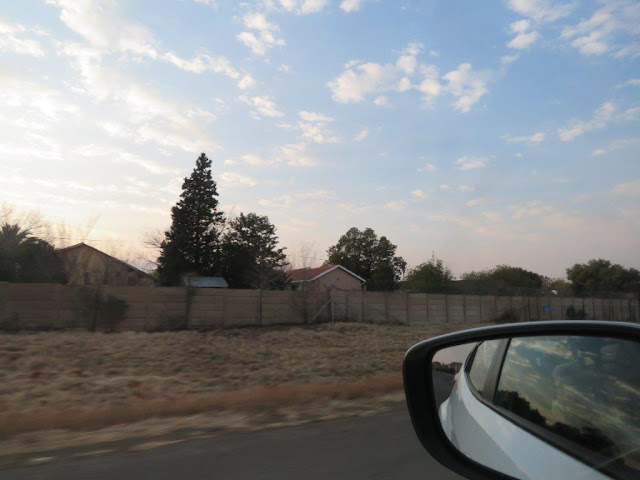 These houses were built years before the National Freeway - the N1 between Johannesburg and Cape town. Now they have to contend with traffic noise and pollution 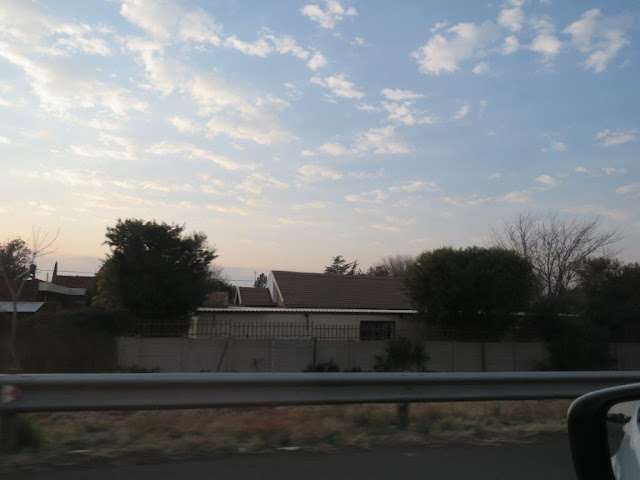 Another suburb of houses along the National Freeway 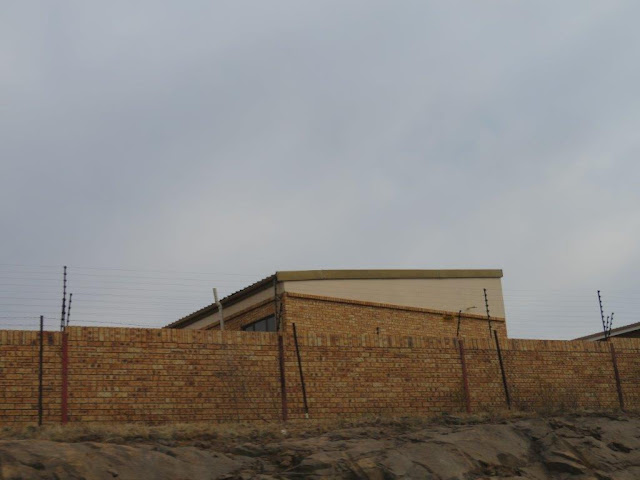 Then the closer to the freeway, the higher the security 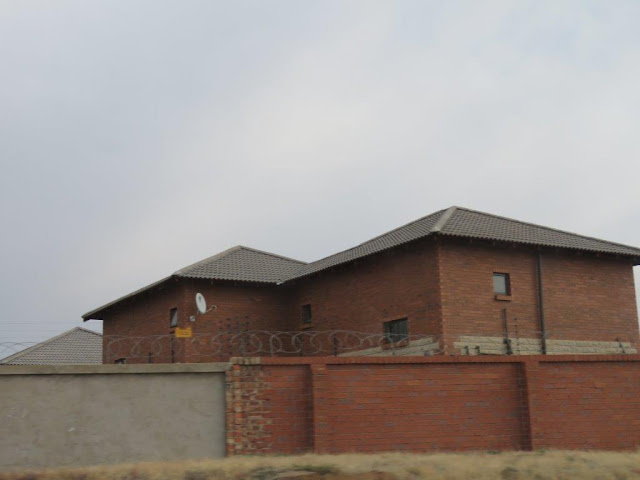 This section of residences are duplex houses all the same (reminded me of the song: Little Boxes, little boxes... 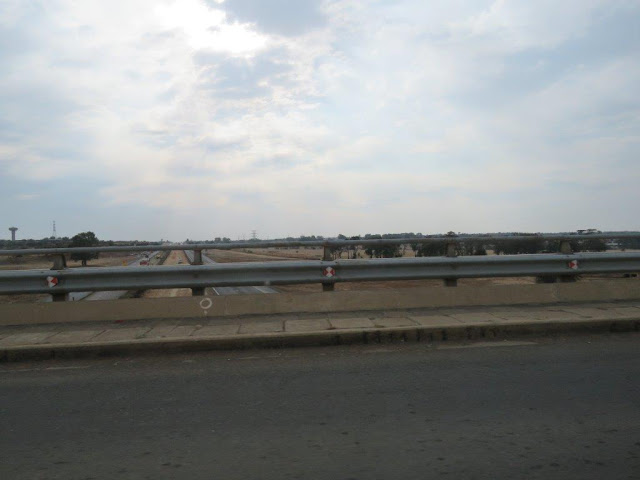 Crossing the flyover which spans the N1,  with another bridge in the near distance 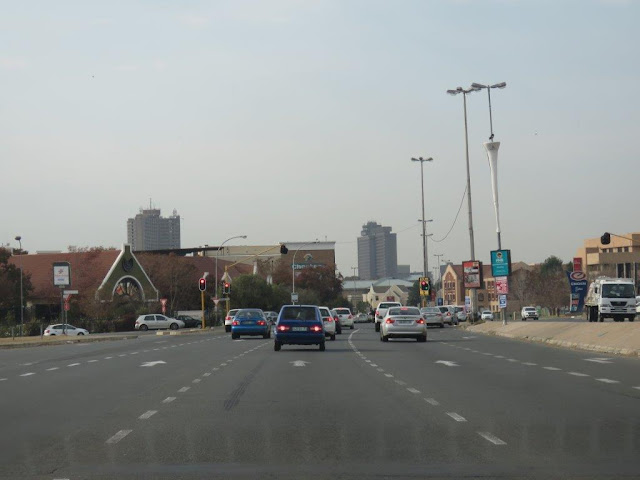 Bloemfontein, although a large city only has two skyscrapers!

Bloemfontein is the capital city of the Free State province, and the judicial capital of the nation; one of three capitals of South Africa; Cape Town is the legislative capital while Pretoria is the administrative capital.