My world in SA continues...

While we're at home, I've the opportunity to raise and train our new Labrador pup, Skabenga. He's come up trumps with every aspect of obedience and is almost fully house-trained. He'll probably eventually sleep in the laundry with the door ajar, but that's a few months hence yet.

Meanwhile, at ten weeks (he's now 11 weeks old) he was due for his next inoculations. We collected the injection from the vet en route Welkom to Marquard last week. Yesterday, with Grant holding him under his arm, (and looking the other way, the ninny!) I inserted the needle under  Skabenga's neck skin and injected the meds into him. Not a peep out of the little dog!

Of course, with Grant holding Skabenga and Rina squeezing her eyes shut, there was no-one to photograph me injecting the pup! 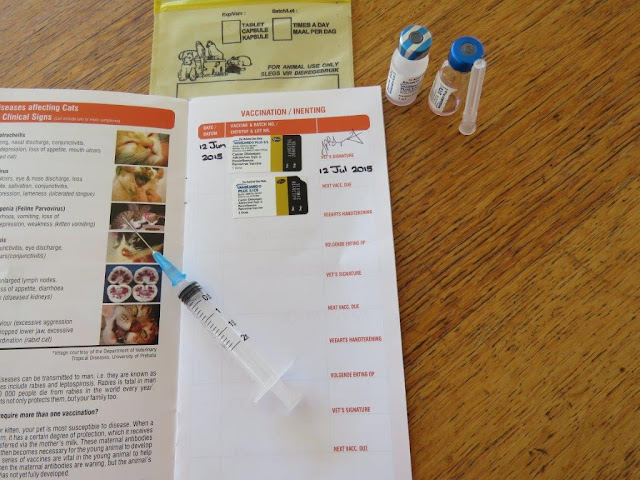 Skabenga's veterinary records; I tear the strip off the little vial and paste it into the book 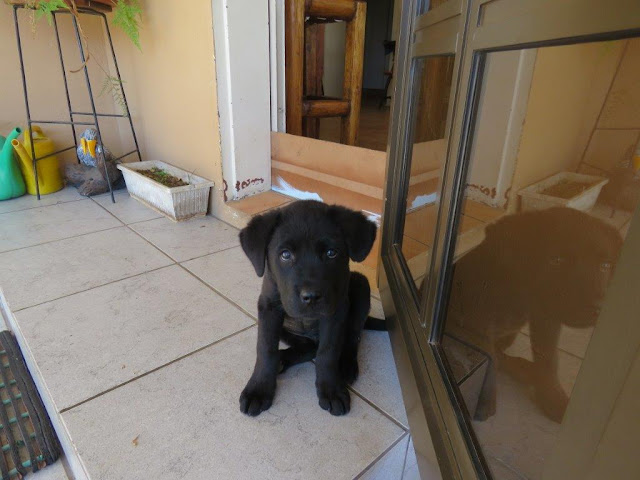 Was I a good boy when I got my 'jections Mum?

Skabenga is rewarded for any good obedient deed.  I say "Good boy", pat his head and then I clap my hands. (fortunately the neighbors know me, LOL).  I find this method teaches a dog listen to you,  to be obedient and to rise to the occasion (as it were) every time I, his handler, expect it.  I bought a treat tin at the vets in Senekal; the biscuits rattle when I shake the holder. Skabenga took about two minutes to realize what this tin means! 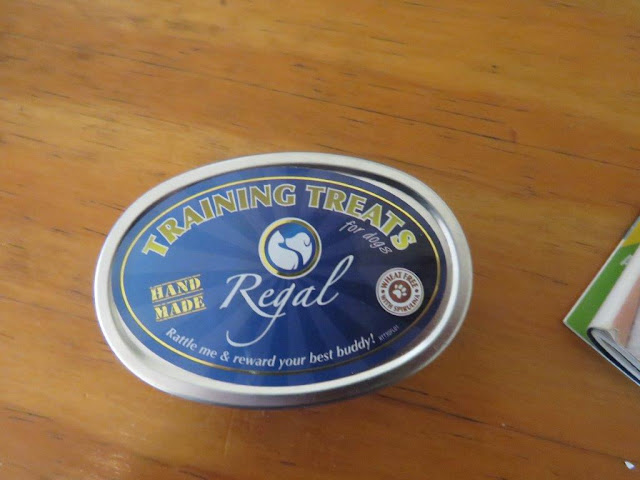 When the treats became less, I Googled recipes for homemade dog treats. Although on the tin you see that these treats were "wheat free", I found very healthy-sounding dog treats in an easy recipe. 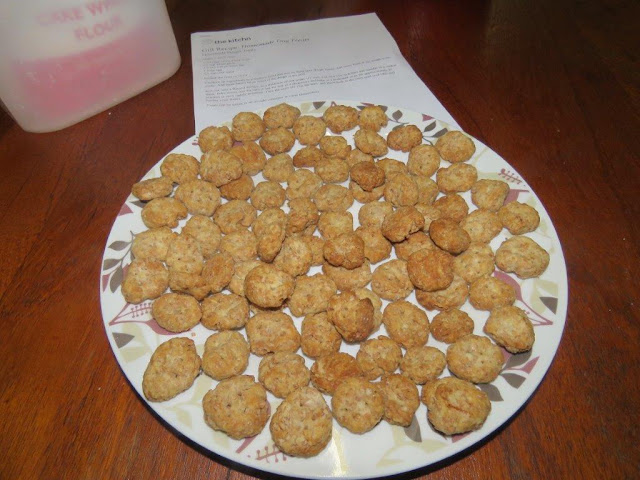 Rina and I rolled the first batch  into small kibble-size balls. She pricked each one several times with a toothpick (often resembling a face!) and I baked them in a hot oven for 20 minutes.

When baked and cooled, Grant and I tasted one... we found them delicious.

The dogs? They LOVED them.

While we were in Welkom, Rina and I looked in all the kitchenware shops for a cookie cutter shaped like a dog bone. No luck. I asked Grant to make me a dog-bone shaped cookie cutter. 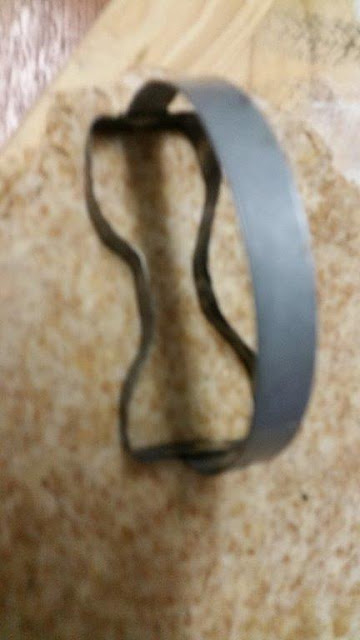 The next batch of dough, I rolled out and cut each one with the cookie cutter. 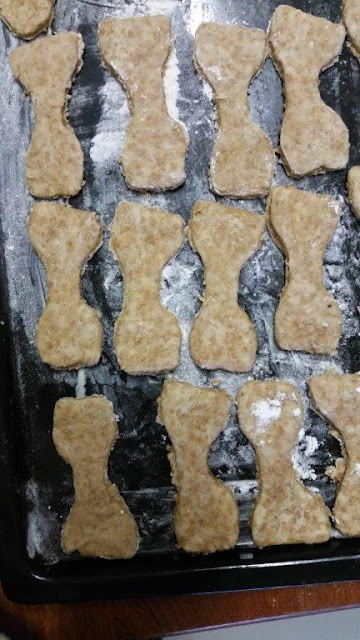 The raw dough cut out to look like dog bones! 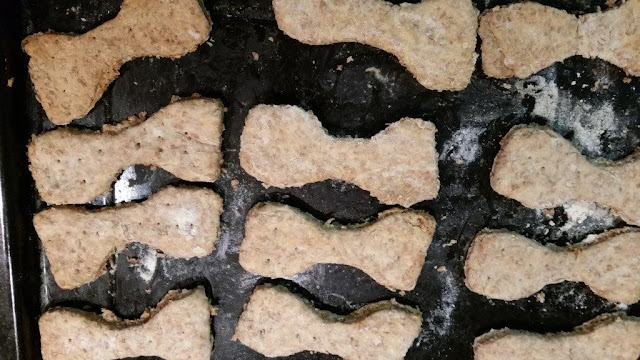 Later when I worked out the cost of baking these treats, they will be far cheaper than the commercial variety which I give Megan and Eddy with as bed-time treats.