As mentioned before in my posts, my sister-in-law, Shelley regularly helps me to identify birds. She's been doing this for many years but recently has really had to work hard at helping me since I've been in Kenya. Why, because for the first time ever, Grant and I have spotted a great number of "lifers".

This week, Sue and I visited the school to check on building renovations and also to liaise with the head teacher (Headmistress) about the recent scouts' week in El Doret. Afterwards we meanderd around the school yard taking photos.

I checked in Sue's Birds of East Africa for the birds below. The first two were lifers for me and the cranes, which I've seen at a distance in a dam near the Drakensberg, South Africa, were close enough for me to photograph quite reasonably. 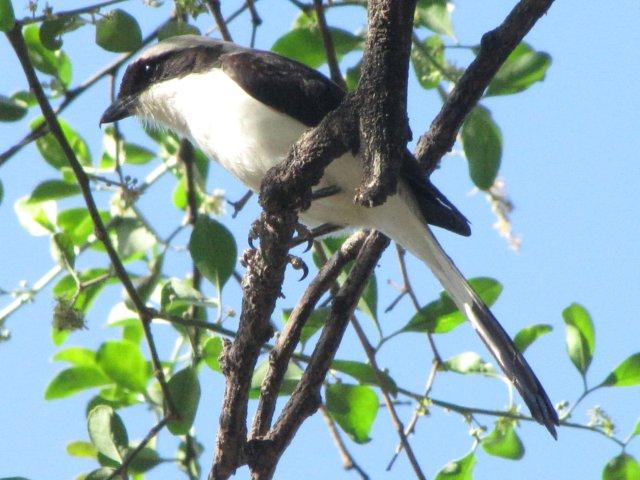 While out birding in the schoolyard earlier this week, I had ample opportunity to photograph a very common, but to me, striking and neat shrike: the Grey-backed Fiscal. I love the clean lines of this bird with its grey mantle from its head down its back and the black eyemask which makes it look a little roguish 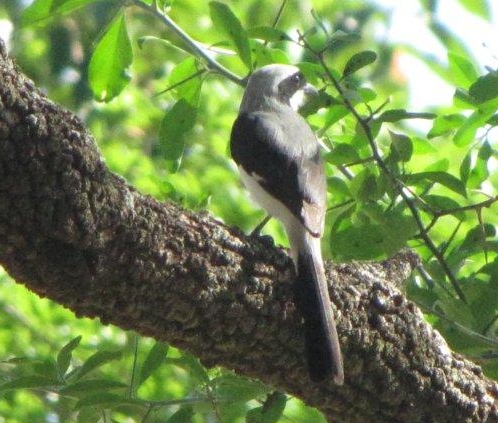 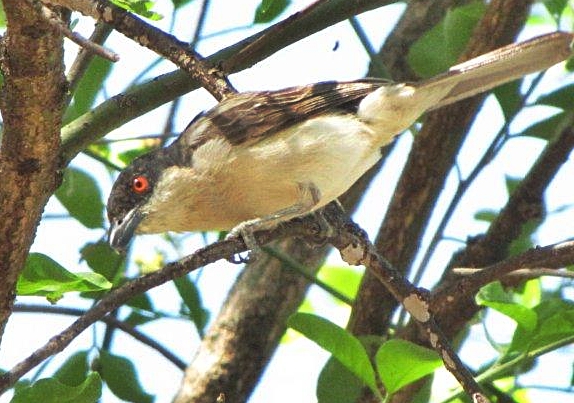 After having my fill of photographing the Grey-backed Fiscal, I spotted a bird climbing around the branches of the tree above me. It moves very fast and photographing it is not easy. (No bird photography is easy!) I managed to find one photo of this striking black-and-white bird with bright red eyes: the Northern Puffback
Moving towards the sports field next to the school, I panned in on a pair of  Grey Crowned Cranes. Sue tells me this pair hangs around the club on the opposite side to the field. I couldn't do anything about the wire although the cranes actually walk free and later disappeared, possibly into the bush leading to the river. As I said above, an amateur photographing birds, does not do justice to the birds and animals, but I'm determined to keep a record of the wildlife we're seeing in Kenya. 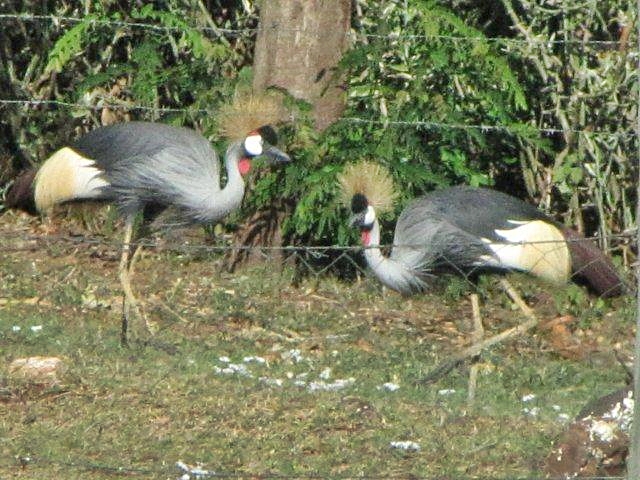 The Grey Crowned Crane is a distinctive bird with a conspicous golden-yellow tuft on the crown, bold white patch on the cheeks, a black forehead and red wattles. The upperparts are slate grey, the underparts are paler and the wing is blackish with a distinctive white-tinged chestnut patch 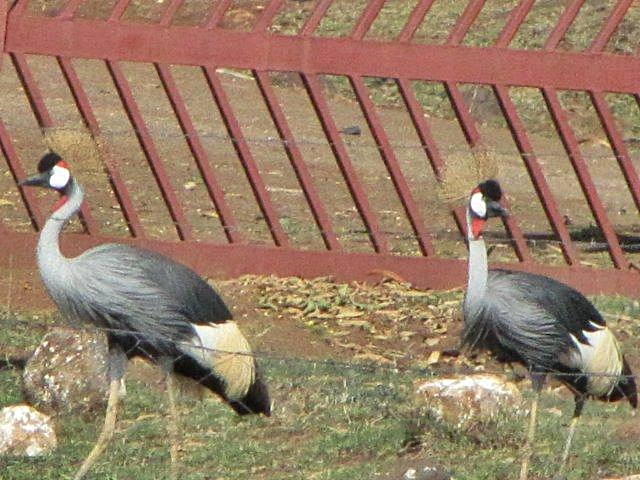 The birds are usually found in pairs, but occasionally in large flocks outside of breeding season, around swamps, lakes and grasslands. I surmise these are a pair and that they may be breeding
Posted by Jo at 3:30 AM