In March 2010, I changed my Canon EOS 350D for a Canon Powershot SX 1 IS with 10 megapixels and a 20x optical zoom. I was living in the Sudan at the time and enjoyed my new camera immensely. (My Canon EOS was super but the detachable lens was heavy to carry around our African travels and also caused me camera shake.)
In January we moved to Kenya, East Africa and within a few weeks, Sue and I had become good friends, going out into the bush to find and photograph birds. She had a four-year-old Canon Powershot and her photos were not as clear as mine.
She bought an upgraded camera in March: a Canon Powershot SX30 IS with 10 megapixels and a 35X optical zoom. Her photos were suddenly SUPERB ! Even if I stood next to her photographing the same subject, I'd not get the quality and zoomed image that she was capturing After selling my fifth article this year, Grant suggested, that because I was using my photos for articles and aim to write about the beautiful birds of Kenya, I should upgrade my camera. In August I ordered a Canon Powershot, SX 30 IS with 14.1 megapixels and 35x optical zoom.  My friend, Kathryn, collected my camera in Cape Town for me and had it ready when I arrived at her home in Clanwilliam when we visited the flowers. Kathryn borrowed my older camera while we were together and before we left, she copied down my new camera specs. She bought hers recently.
I've posted a few photos of the two cameras and also photos taken with the "older" camera and photos of the same bird taken recently with my upgraded camera. 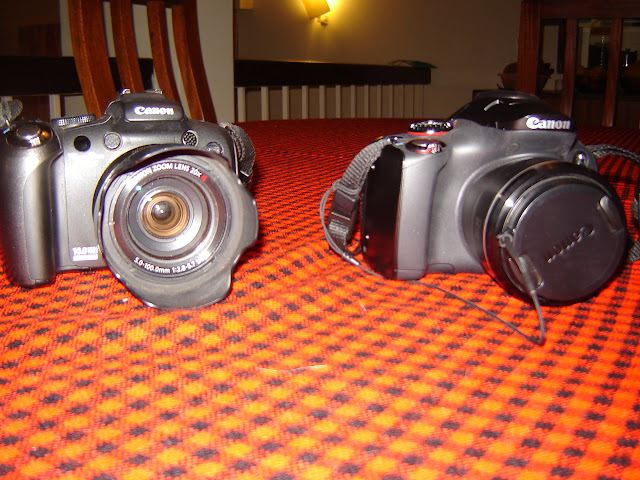 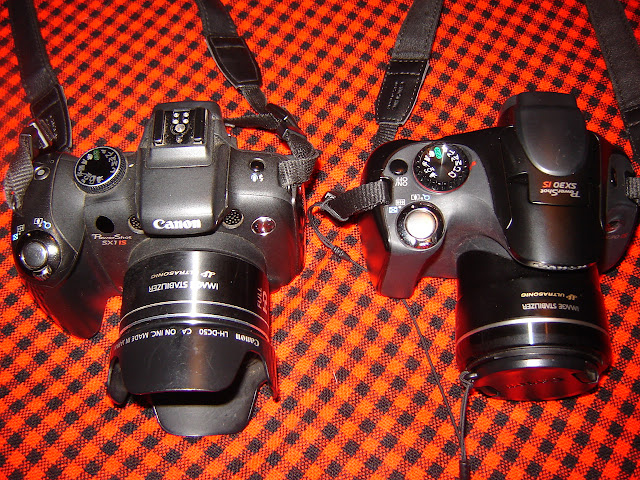 Top view of the two cameras 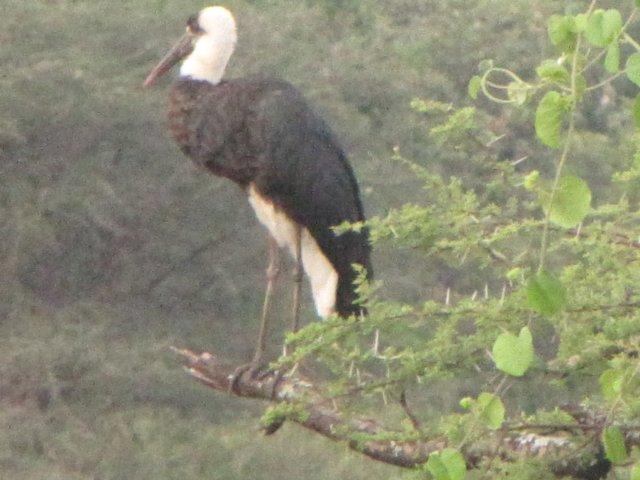 Above and below are photos of the Woolly-necked Stork - I took this photo in August with my older camera. 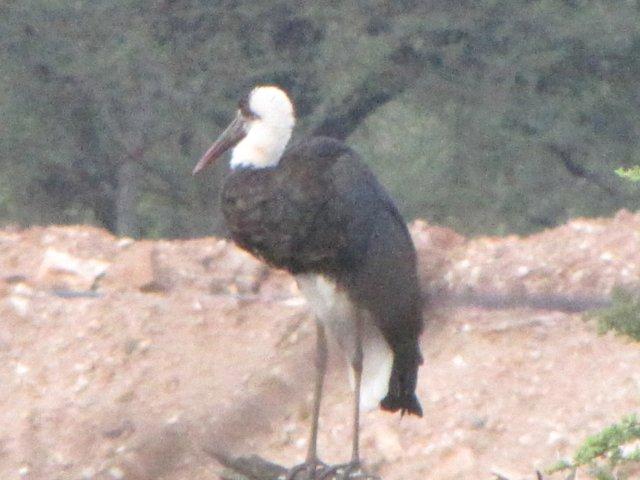 Below is a photo taken recently of a Woolly-necked Stork in almost the exact same place as the one above. (Note the sandy bank behind the bird)  I thought there was a marked improvement. 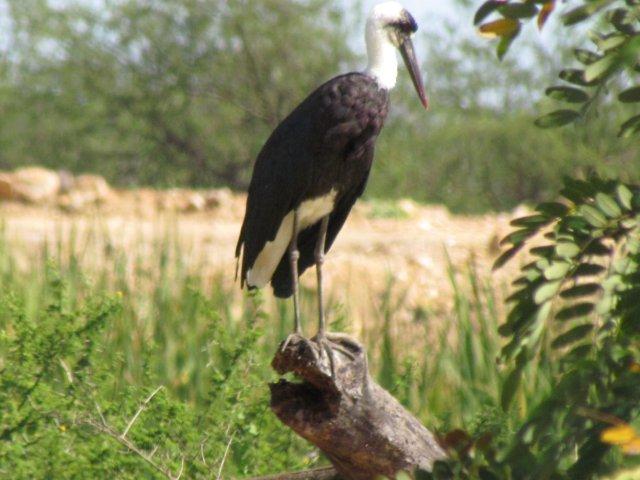 Woolly-necked Stork (no prizes for guessing where it gets its name!)
Technology changes with an alarming rate. Recently my brother Phillip, (you can read his interesting blog about his life in the Drakensberg area of KZN, South Africa, here) asked me about my camera specs. I gave them to him as well as the distributors in Cape Town. He phoned them this week and the salesperson told him the Canon Powershot SX 30 IS is being replaced by a Canon Powershot SX 40 H! So he's buying an even newer version than Sue's, mine or Kathryn's which are THIS year's models!

Oh and for photographing baked goods and other recipes I make in the kitchen, I use my little point and shoot Sony Cybershot. I also use this nifty little camera while riding on the back of the motorbike.