Saturday Critters and greening up!

I'm sure readers are sick  tired of hearing about me wax lyrical about the rain! OK,  so it's raining here in the Free State (and generally all over the country where summer rainfall is expected) and I won't say another word!

You have to see how the place is greening up all around. 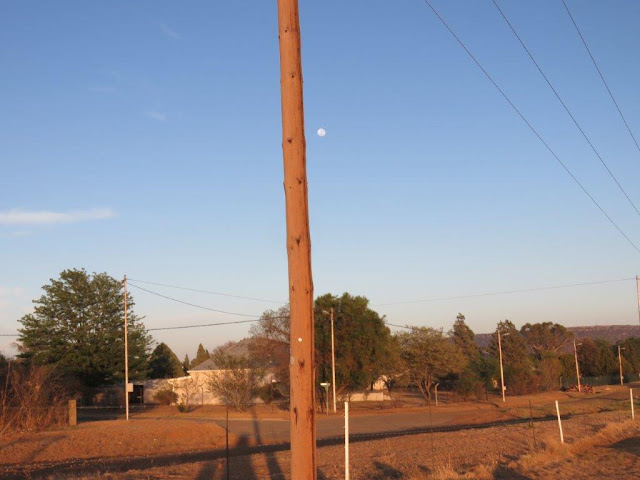 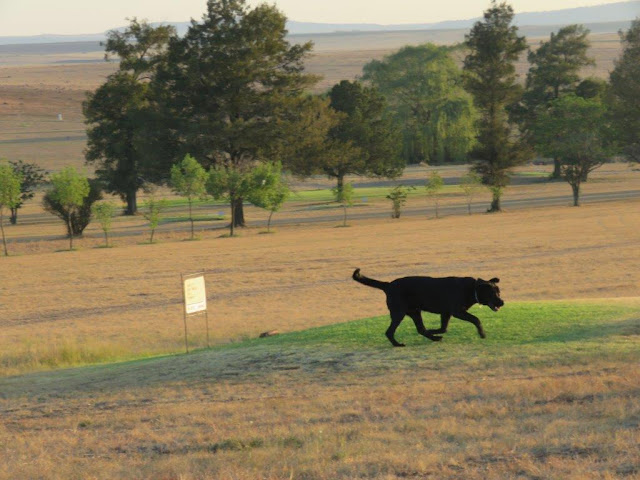 Skabenga on a hole which is kept green with borehole water. Note the surrounding grass is still cracklingly dry (27th December 2015) 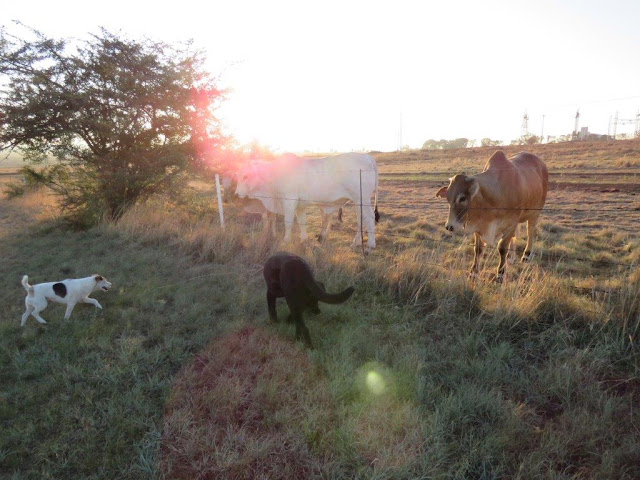 The cattle approach the fence to socialize with the dogs. The grass tufts under the animals paws/hooves are bone dry! (27th December 2015) 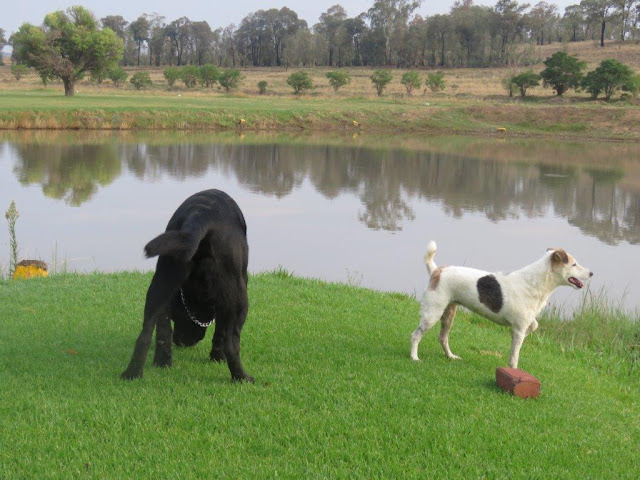 Skabenga and Eddy on the 5th hole at the water hazard. See the hole is green and the surrounding grasses are greening up as well! (20 January 2016)

And now for some critters other than my dogs; The Rottweiler in the photo below seems to be quite a friendly lady. But then I'm not afraid of dogs - even Rottweilers. 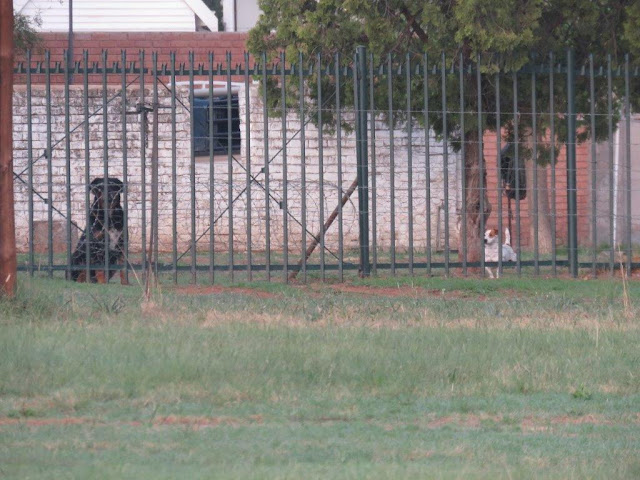 The female Rottweiler ad a Jack Russel guard this property 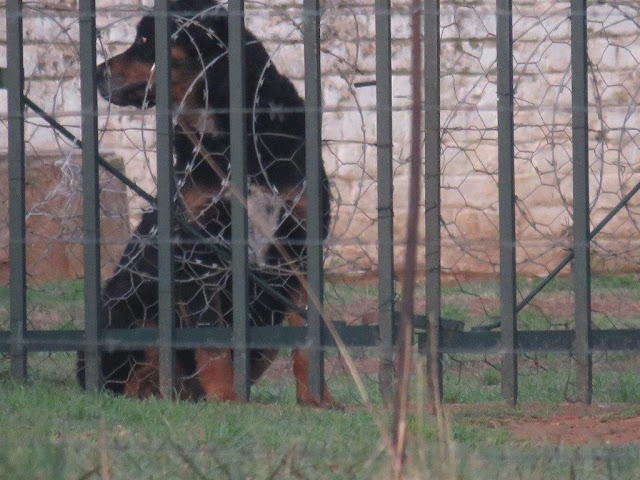 Be warned: even if you are able to penetrate this fencing, you will be eaten! 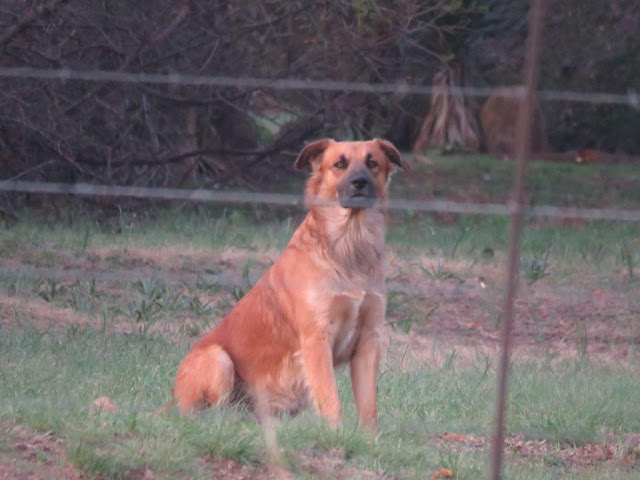 This beautiful dog has featured a few times in my posts. He's the lad whom I photographed on a pillar at his owner's entrance. I had so many comments saying that image was their favorite. Here he watches us from the road just beyond the golf course 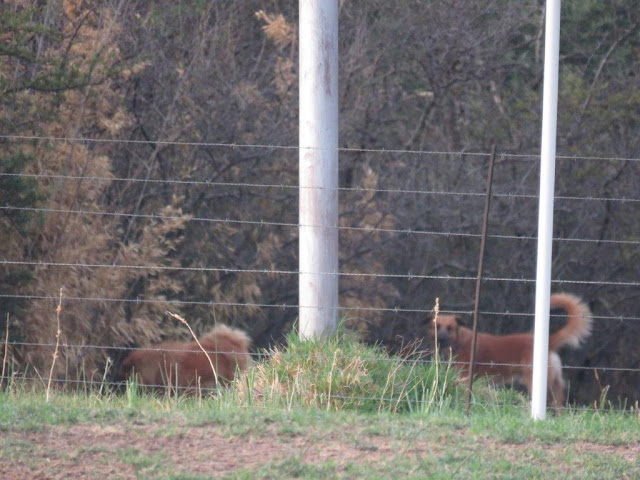 Here the same dog (right) socializes with another dog - I think it's a Husky - owner not known to me  (I could have used these photos in my Good Fences post!) 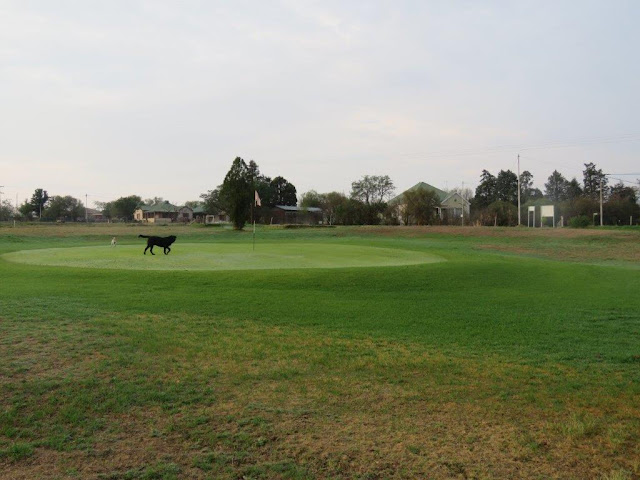 Here finally is what the holes look like now: 20th January 2016

On the way home, I stopped to take a photo of this dog whom we pass both ways every day on our walk. Skabenga ignores him and the other three dogs (just below this house) because I've taught him to do this. But that day I had to hold on tight to his leash while snapping as the subject was bouncing up and down, barking ferociously to see us off his property! 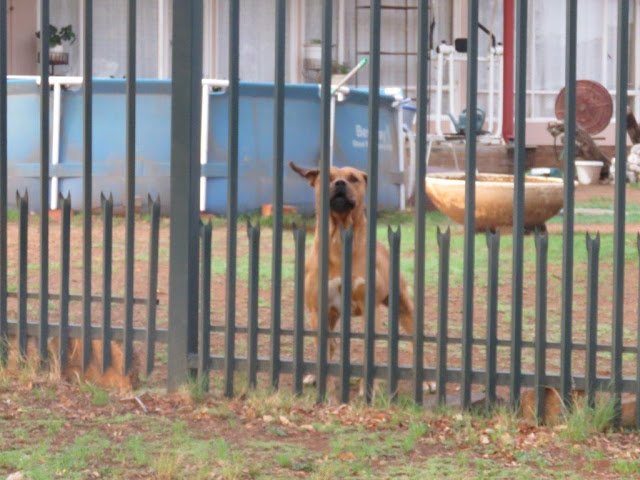 Note the dog bouncing up and down to show his displeasure at our interest in him!

Happy Saturday to you all!