Some of you may remember how - in November - our granddaughter, Abby had a fever convulsion. She was rushed to a city hospital 160 km away. Once she'd been stabilized and had stayed overnight for observation, her parents brought her home. She subsequently had a tonsillectomy and has been fine since. 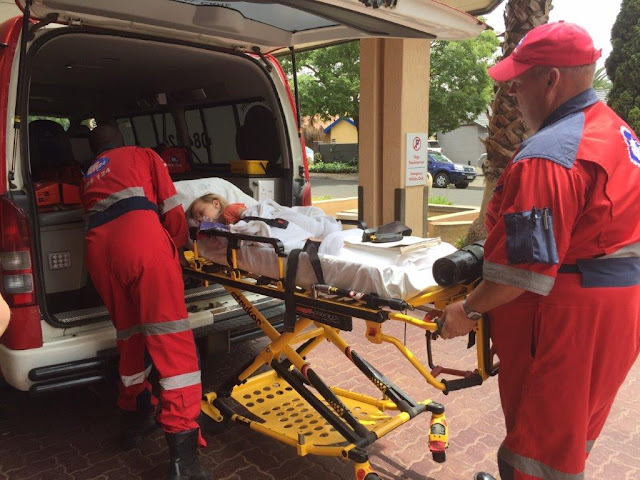 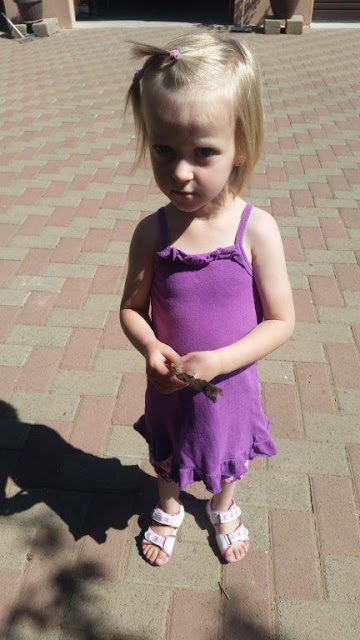 At almost four years old, Abby is very tiny for her age - her younger brother, Liam at a year old, weighs more than she does!

Last Friday Amanda invited me and Rina to watch Abby and Joel take part in races at school. 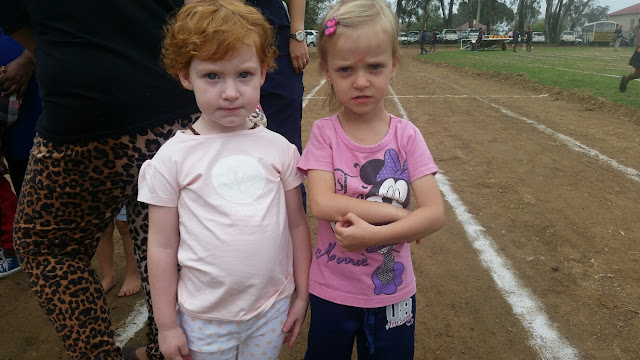 Friend, Stella and Abby waiting for the race to begin

Below is a video of Abby taking part in her first-eveer race of 60 meters. It was amazing to see how this little girl, who gave us all such a fright at the end of last year, is now filling out; she ran so well that she came second. The voice-over is supplied by Angus; we laughed afterwards because Angus was never as athletic as our older son, John was; yet here he was bellowing at his daughter to "go-Abby-go", "faster, faster, faster" and "you're winning"!