This beautiful male sunbird is often seen in the garden. 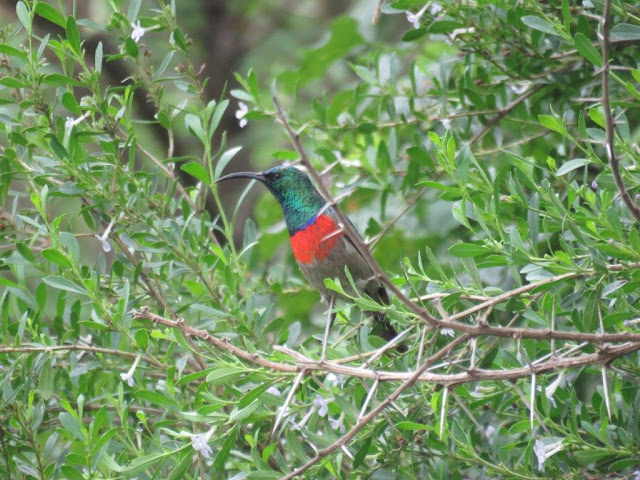 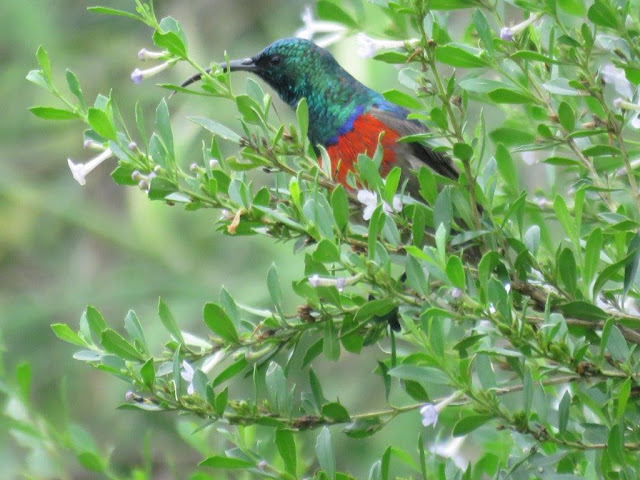 This sunbird is larger than the other sunbirds in the region (14.5cm as versus 12cm) and has a less decurved bill. It's a common endemic, generally sedentary. It's found in forest margins, tall shrublands, parks and gardens. My daughter-in-law Debbie's garden is a veritable shrubland and very forest-like which attracts beauties like the Greater Double-collared Sunbird !They eat nectar, insects and spiders.